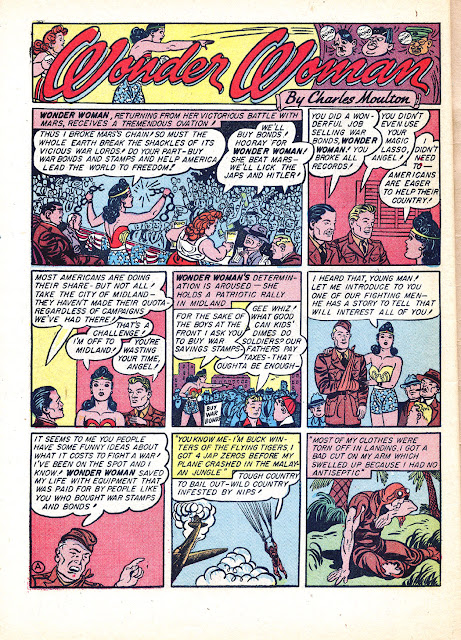 Here's a two page wartime propaganda piece by her creators, William Moulton Marston and Harry Peter that followed directly on that issue's cover story in which Wonder Woman defeated Mars. As always, keep in mind the historical political incorrectness one finds in WWII comics stories. GCD notes  the same thing I noted myself--that Buck Winters may have given the only deception of what Wonder Woman looks like when flying in her invisible plane. Like a woman sitting in mid-air. 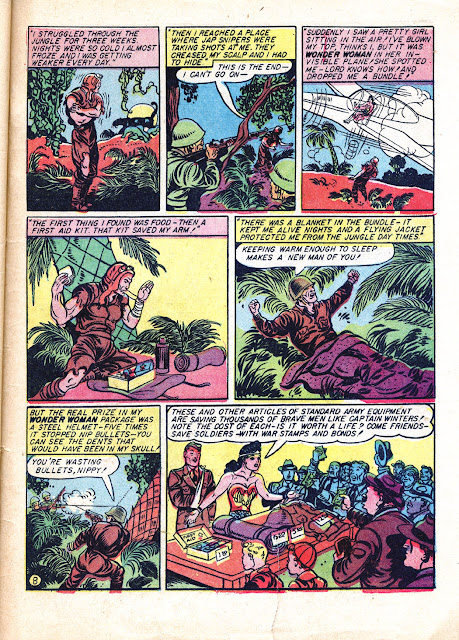