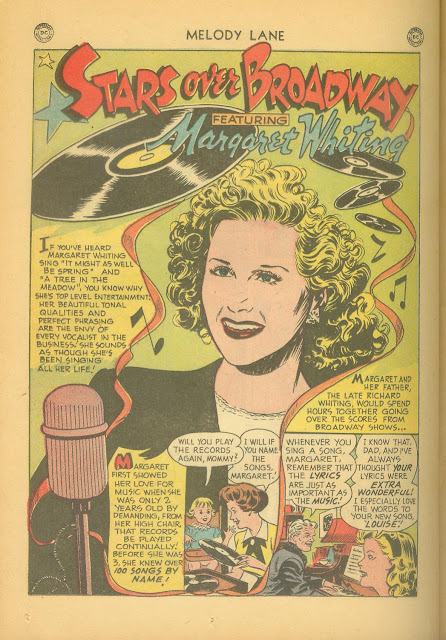 This little bio piece on singer Margaret Whiting was published late in 1949 but her life and career continued for another 60 years beyond that! Along with her continued recording career, in the mid-fifties, she and her sister had their own Desilu sitcom. For the next few decades, she was a popular talk show and variety show guest. In the late seventies, she teamed with Rose Marie, Rosemary Clooney and Helen O'Connell for a very long-running concert tour called 4GIRLS4. Sometimes, young George Clooney was their driver. In teh nineties, Margaret stunned fans by marrying much younger gay porn star Jack Wrangler, a union that lasted until his death in 2009. She passed 2 years later. 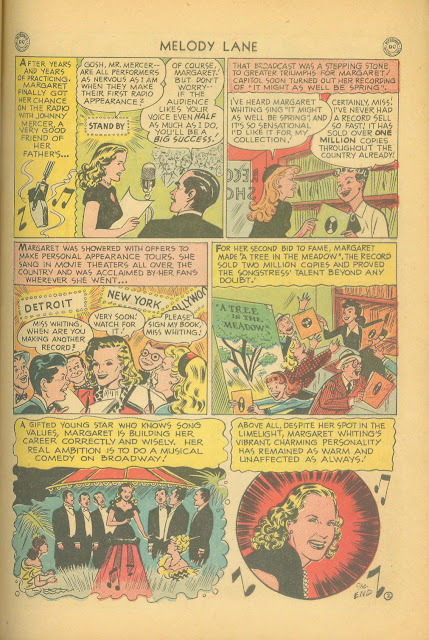