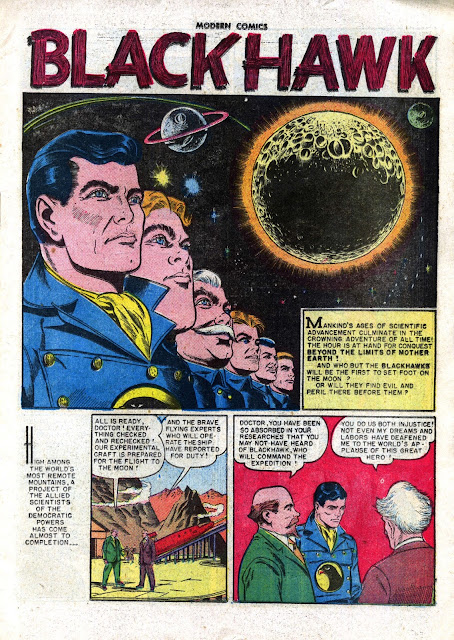 At one time, BLACKHAWK was one of the very best selling comic books! The strip began in MILITARY COMICS which, after World War II ended, continued on for a few more years as MODERN COMICS. Unfortunately, as the original Magnificent Seven got further and further away from the war years, their adventures got less and less realistic. In a word, here we have Blackhawk as Buck Rogers. 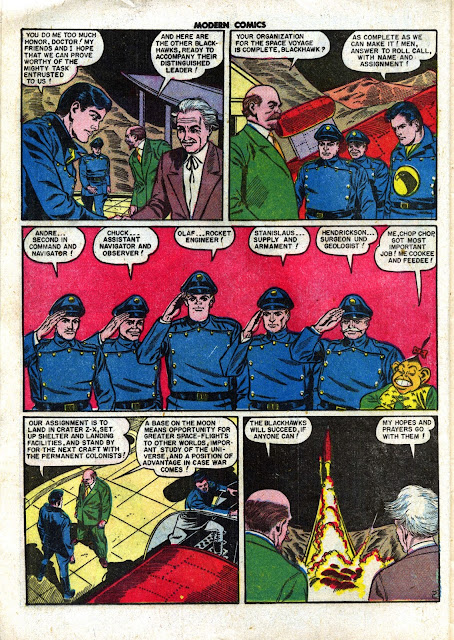 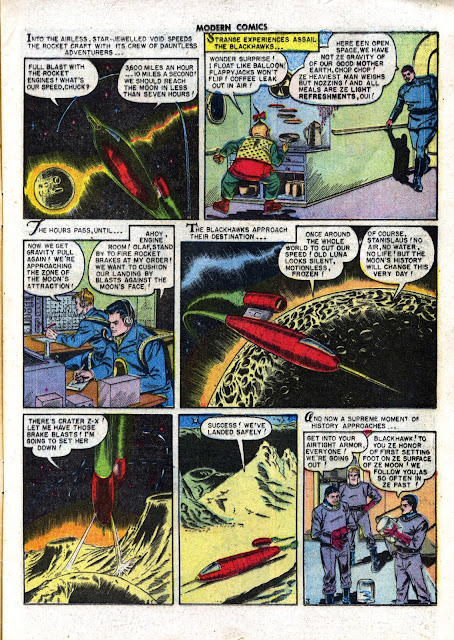 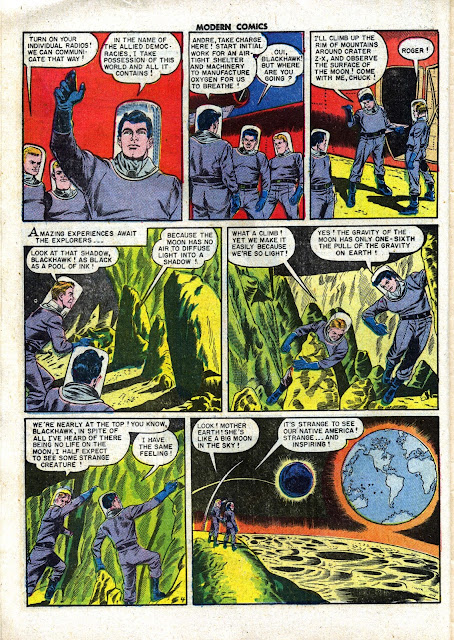 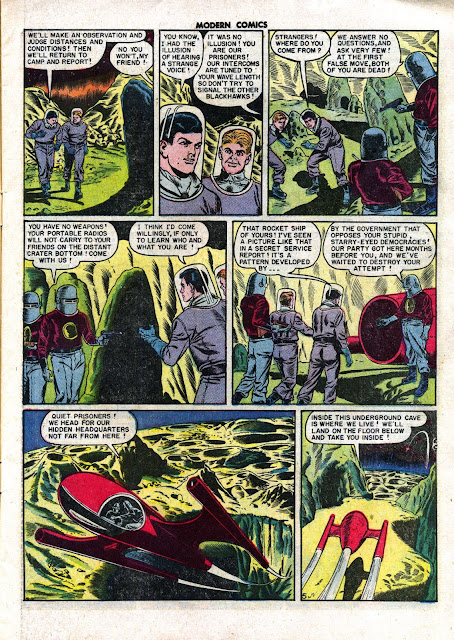 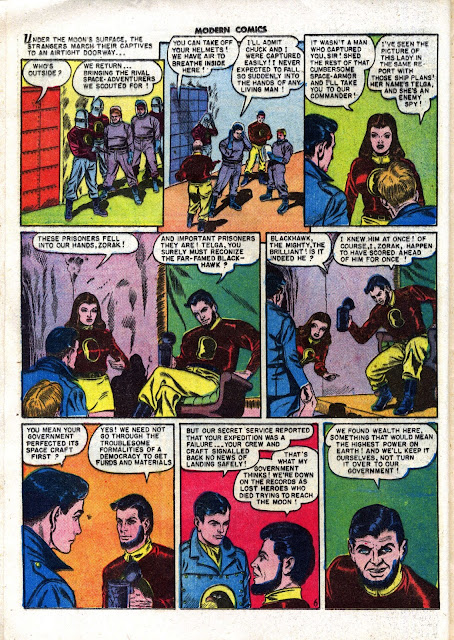 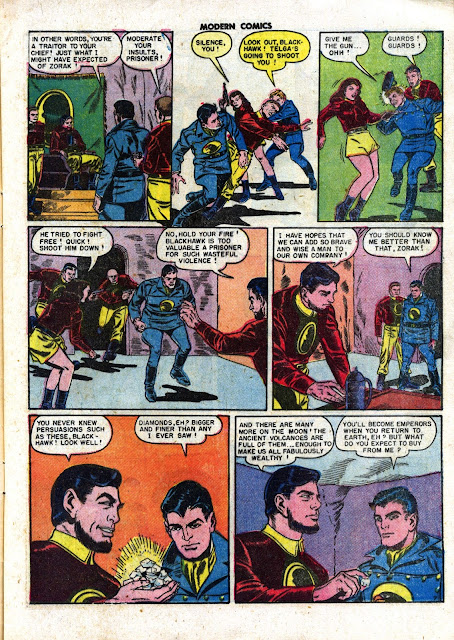 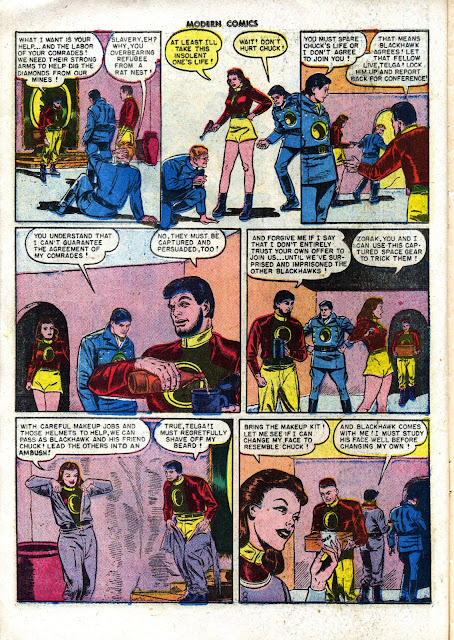 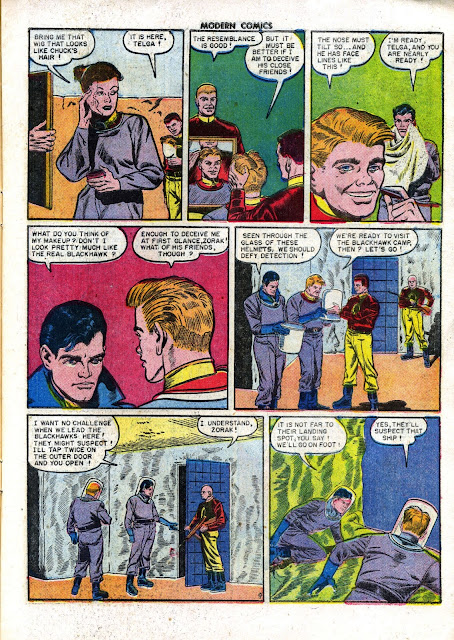 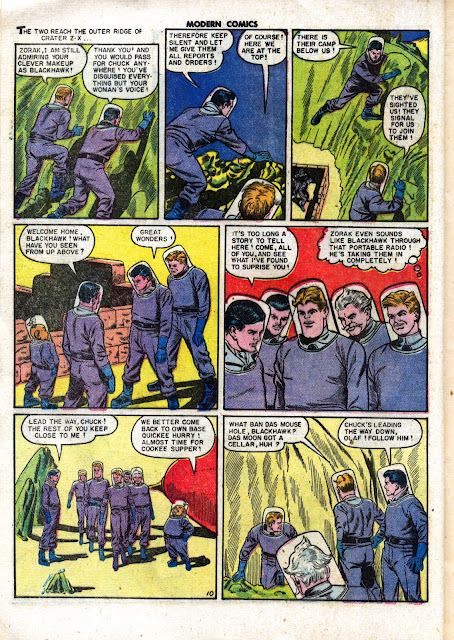 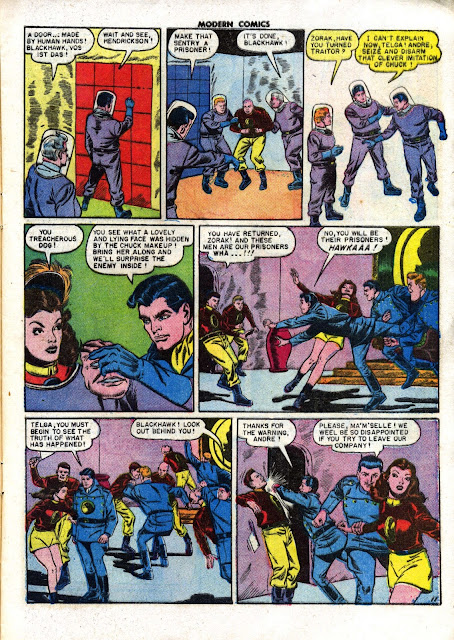 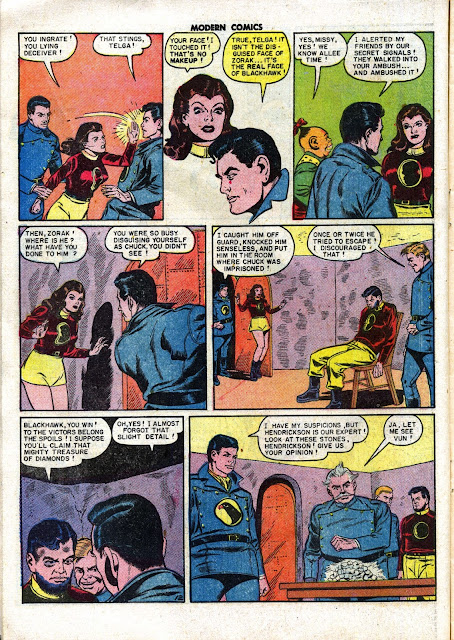 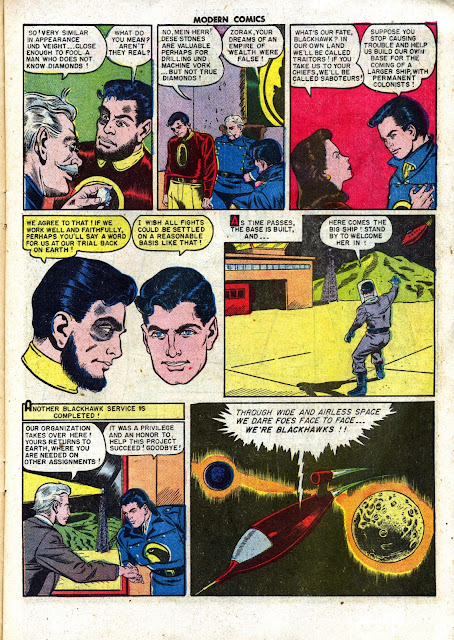 While I'm sure that it was not intended as passive-aggression, the practice in Blackhawk stories through this period of trying to refer to the Communist-bloc nations obliquely comes across very much as if passive-aggression it were.

The characters here don't know much about economics (fitting enough for the Communists, but shameful for Blackhawk) and are especially ignorant of the economics of diamonds. Most of the value of diamonds is a product of shrewd mythologizing and intense cartelization. A large increase in supply would cause that all to unravel.