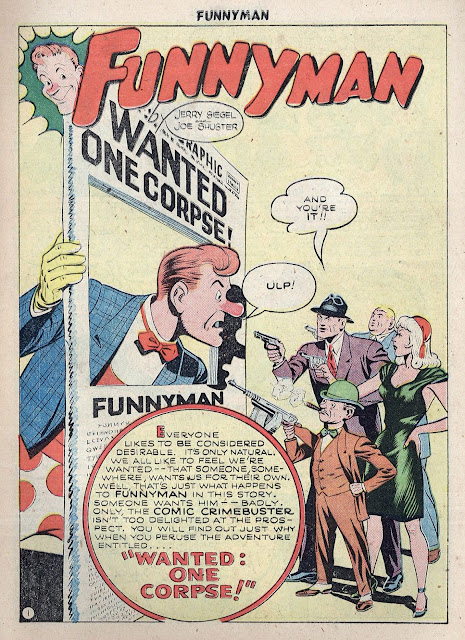 Still reading Brad Ricca's great new book on Siegel and Shuster, SUPER BOYS, and I'm up to the part about FUNNYMAN so I thought we'd go there. It's often reported that the thing about Funnyman's adventures is that they weren't funny. I beg to disagree. They were funny in the way that Simon and Kirby's FIGHTING AMERICAN was funny. Shuster's eyes were bad by this point and he relied much on assistants, here being John Sikela who had been doing SUPERMAN and SUPERBOY under the Shuster byline already. 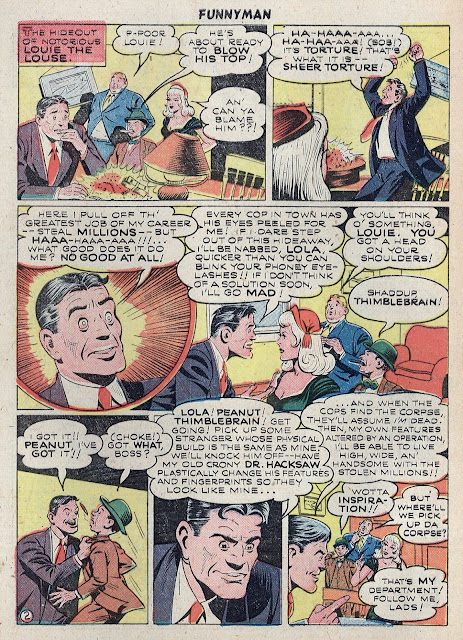 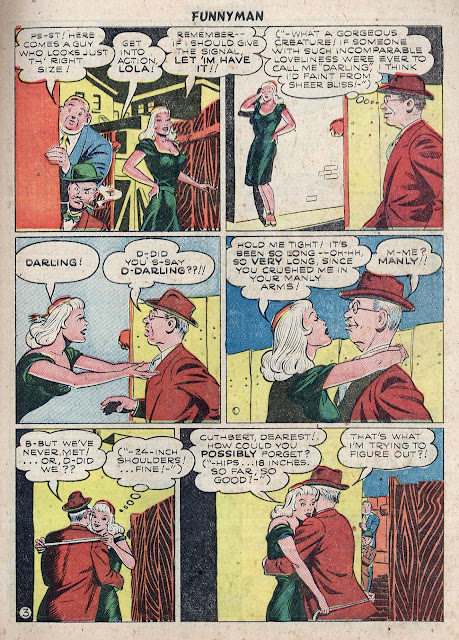 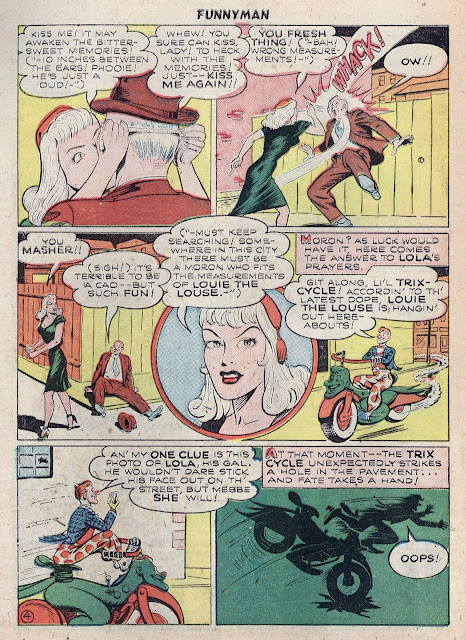 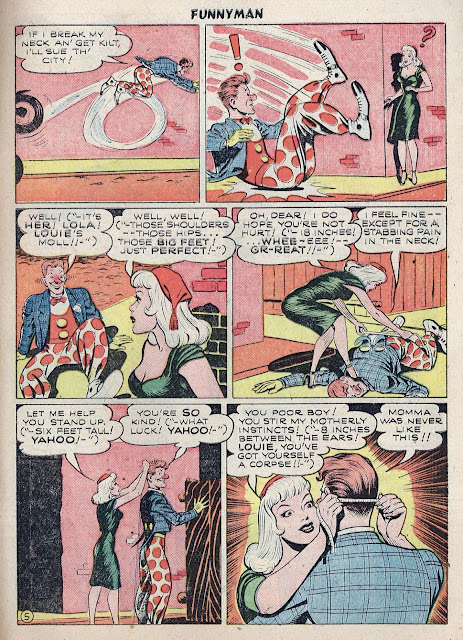 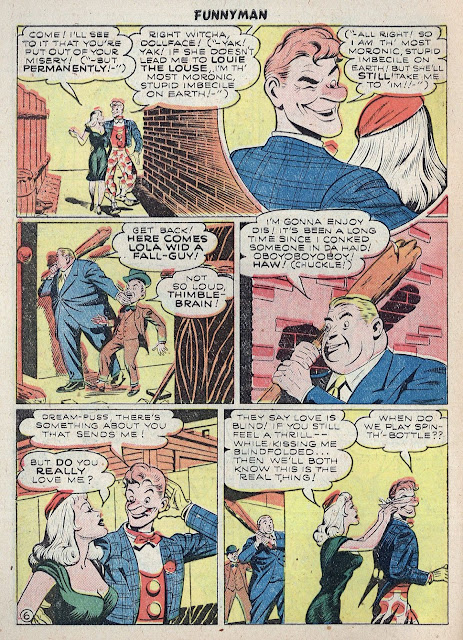 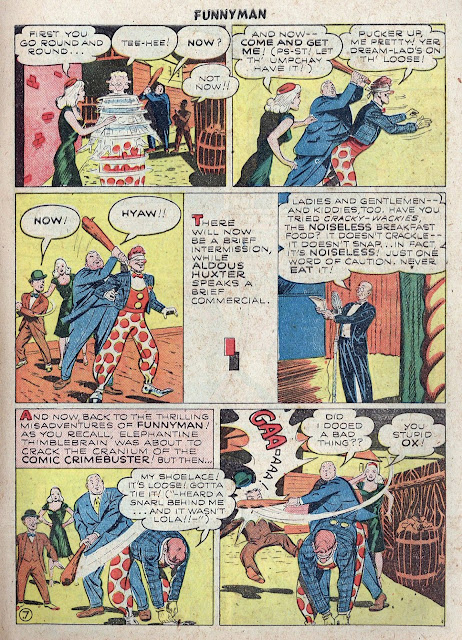 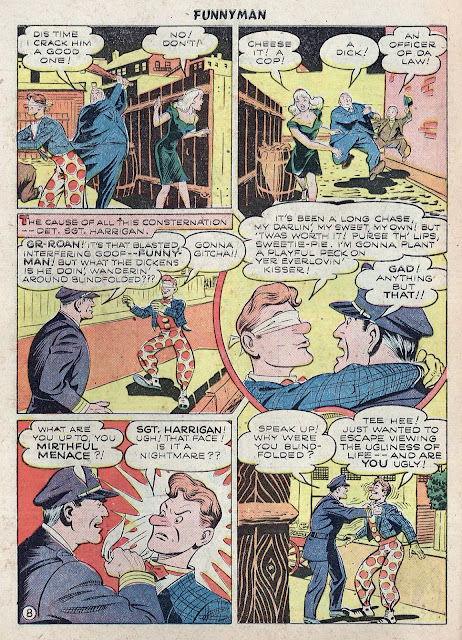 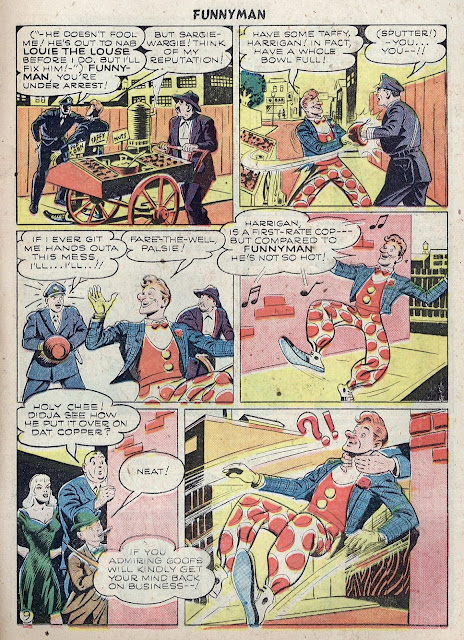 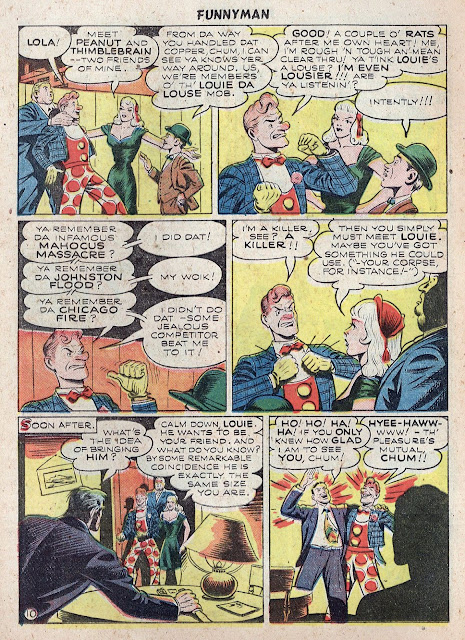 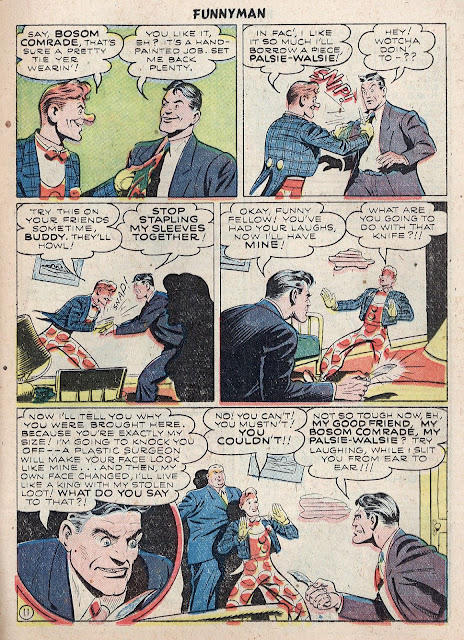 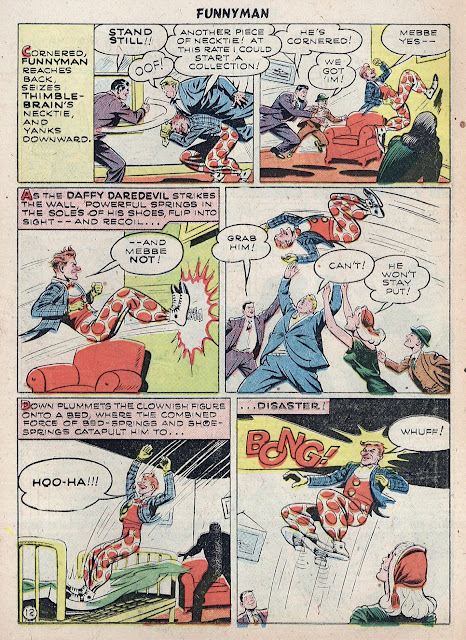 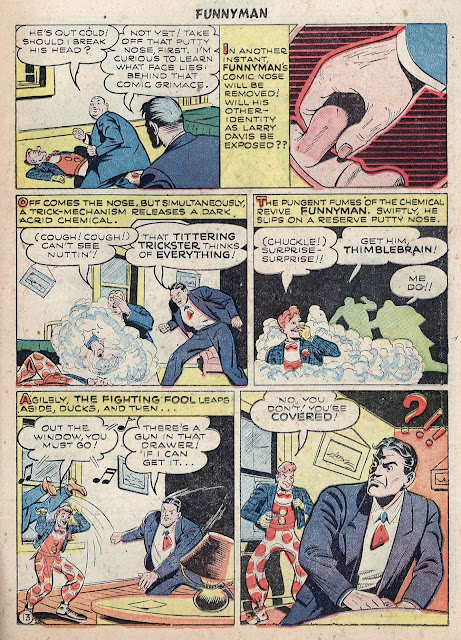 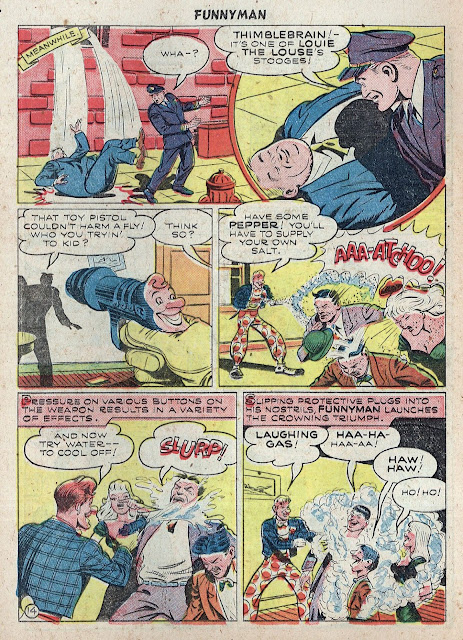 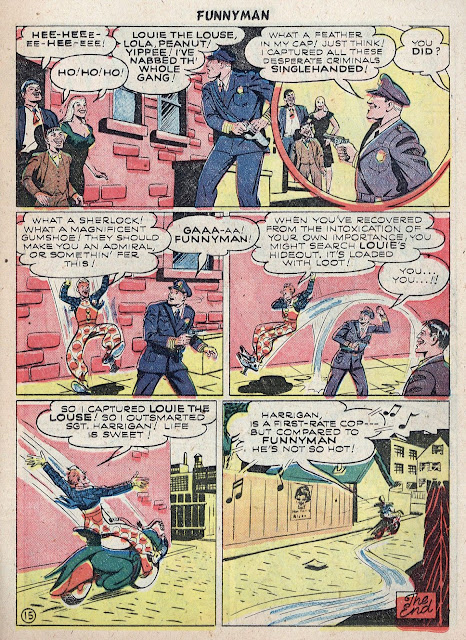 Posted by Booksteve at 9:06 AM