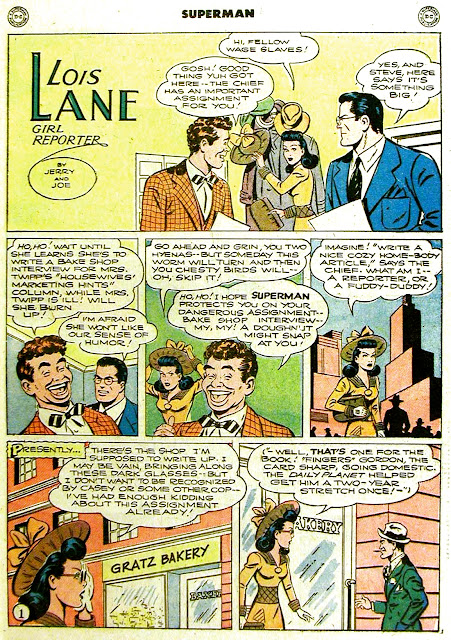 This early LOIS LANE backup series was signed "Jerry and Joe" but was actually done by others. Unlike its later counterpart, Superman himself rarely if at all appears, leaving the reader to see just what a good reporter she could be when she wasn't attempting to discover the Man of Steel's real identity or imagining being married to him. 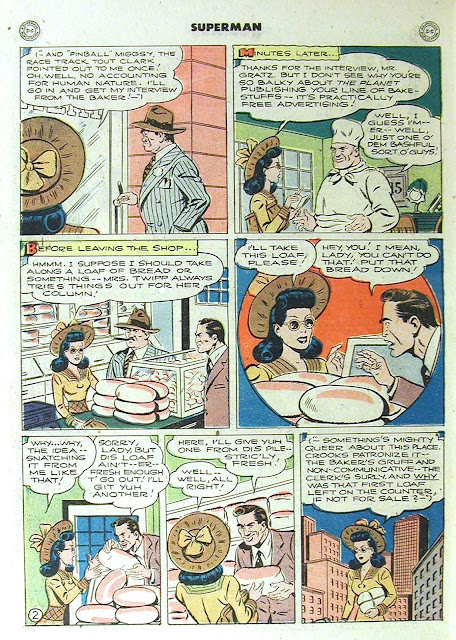 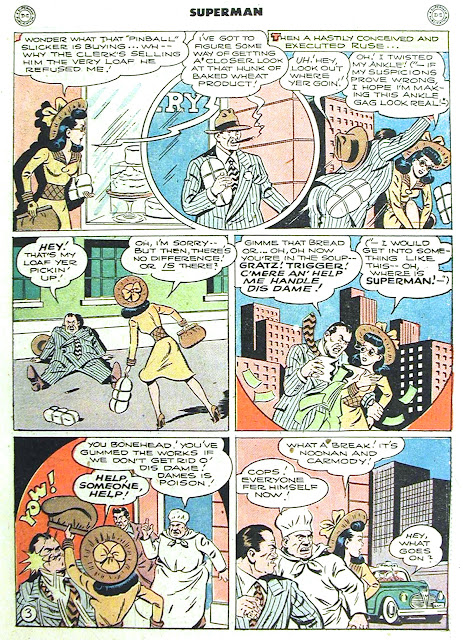 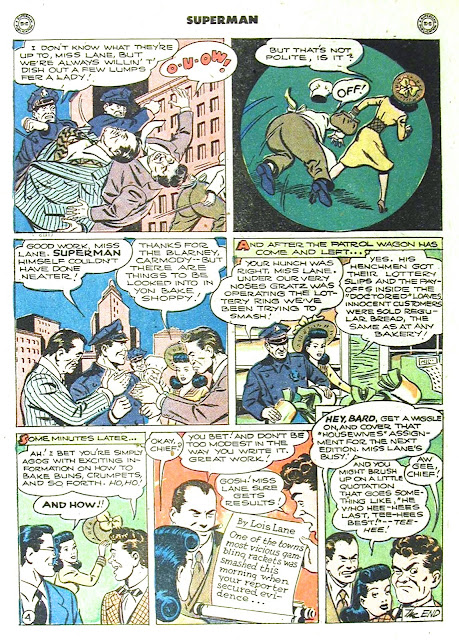 Not a bad story.

But the typewriter (in the penultimate panel) looks as if drawn by someone who had never more than glanced at one.

I just wanted to pop in here and tell ya that I love this blog! I just followed yo as well! Great page, I love the idea of it.

If you're into horror films, come swing by my page.