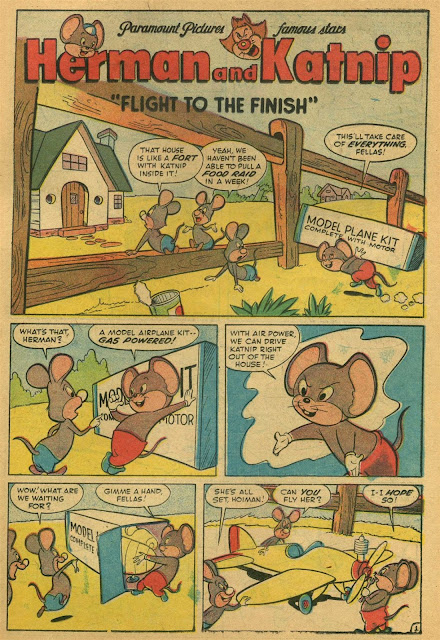 When Harvey Comics picked up the rights to the Paramount animated characters in the early fifties, it was HERMAN AND KATNIP, the original Itchy and Scratchy, that they were expecting to be the big hit in comics! Turns out CASPER was the big seller and, along with his human doppelgänger, RICHIE RICH, he kept Harvey afloat for another quarter century! 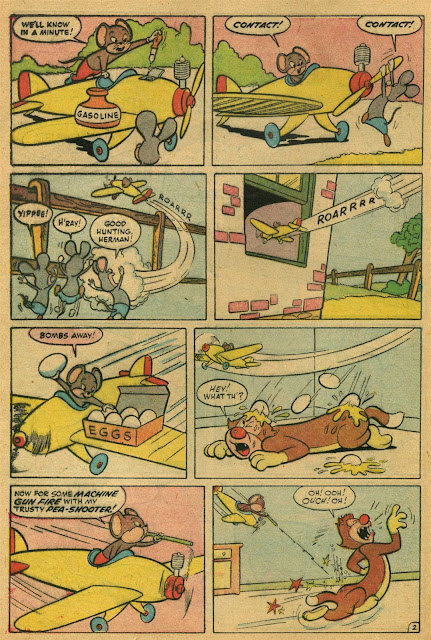 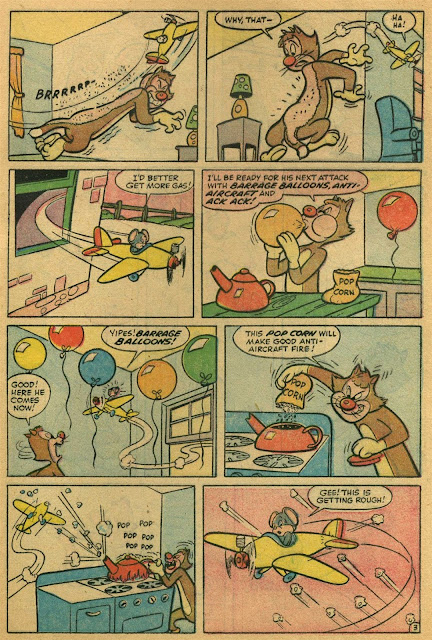 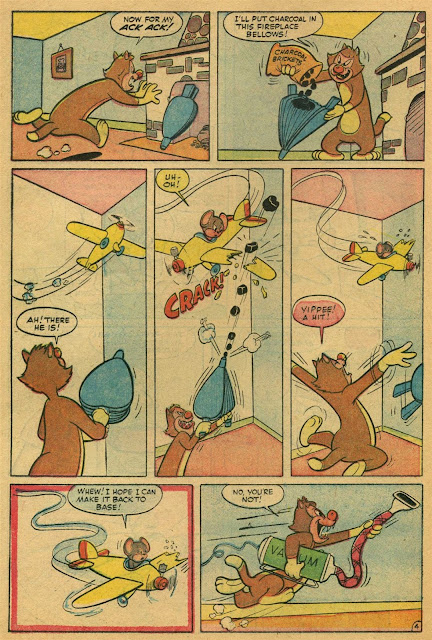 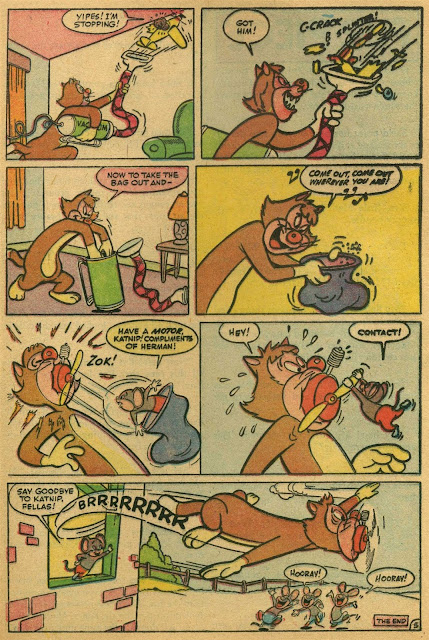