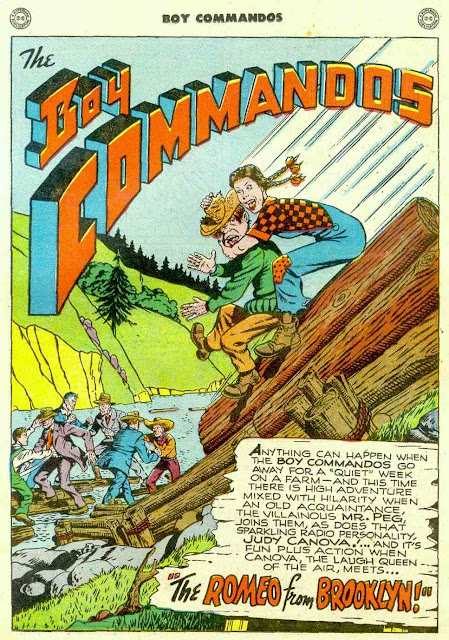 Radio and film personality Judy Canova had a very popular hillbilly act in the forties and beyond and was also the mother of seventies TV star Diana Canova. In 1950, she had three issues of her own comic book published by Fox. A few years earlier, however, we find her here in an unlikely team-up with the post-Simon and Kirby Boy Commandos at DC! 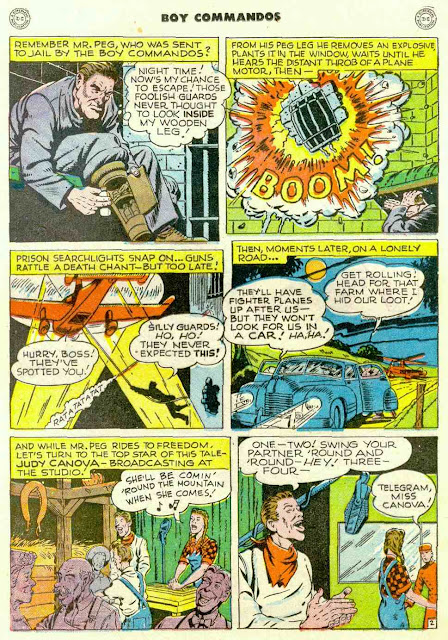 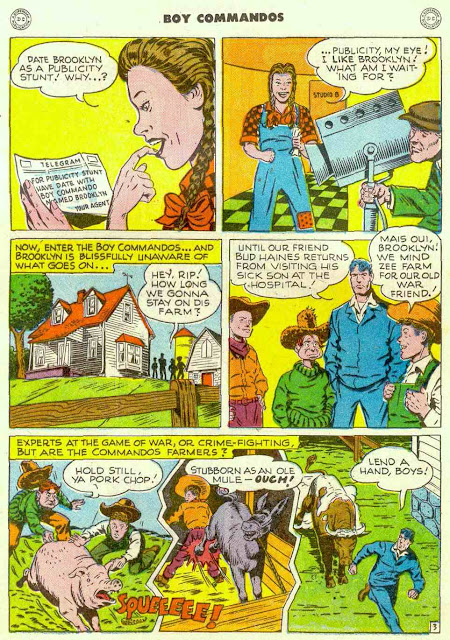 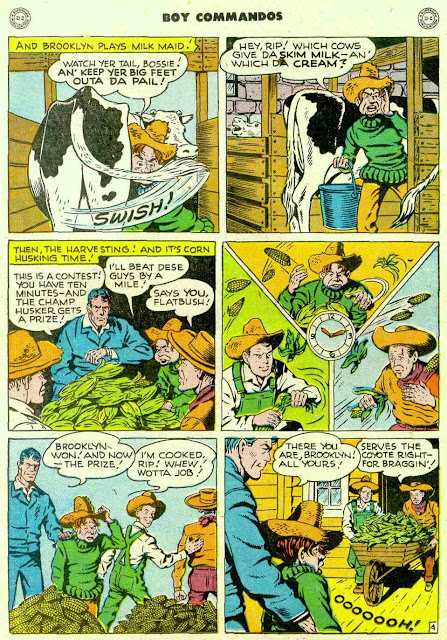 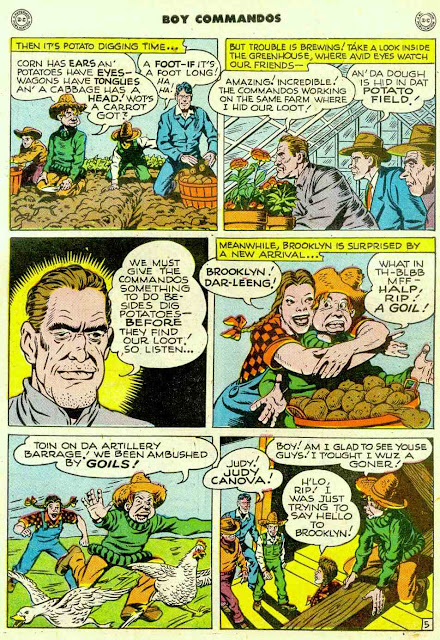 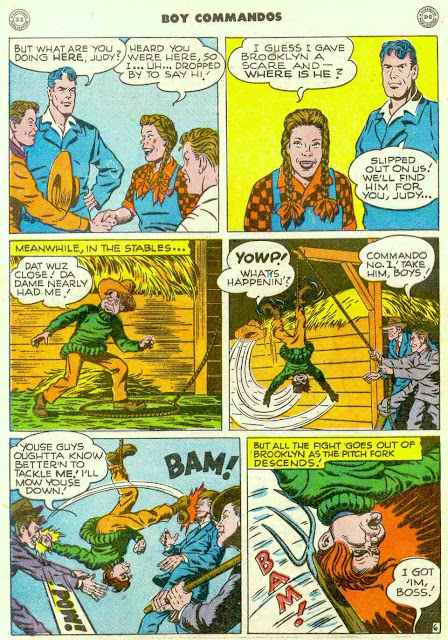 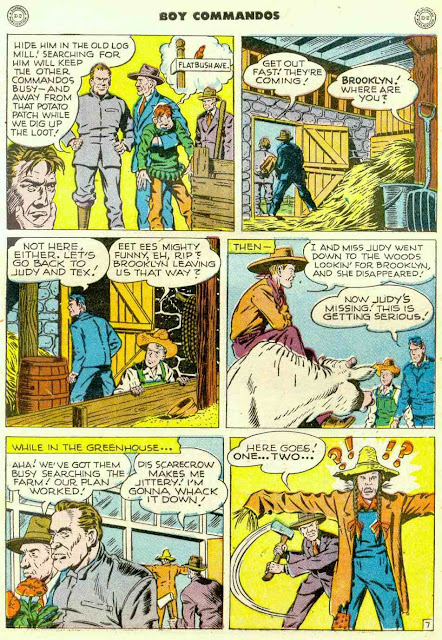 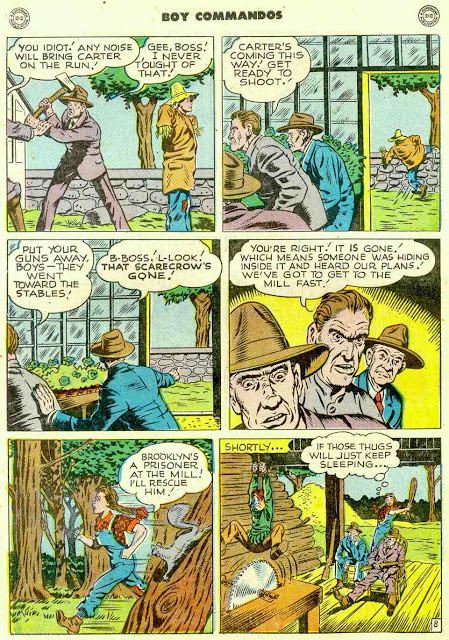 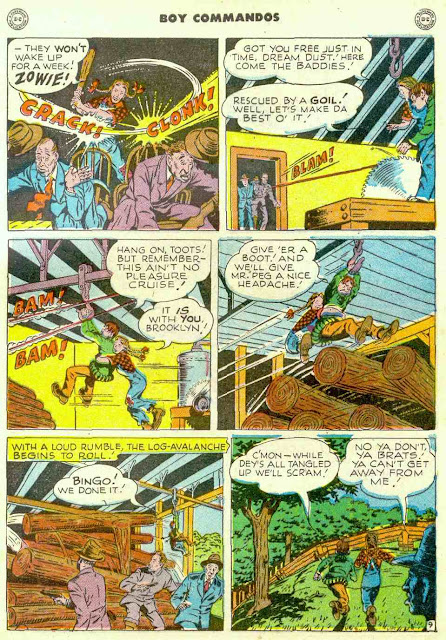 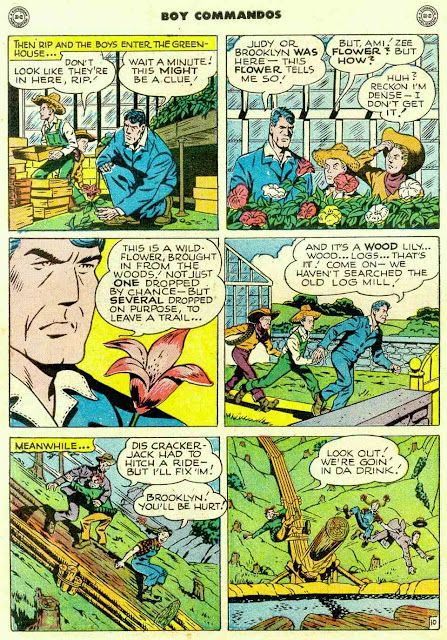 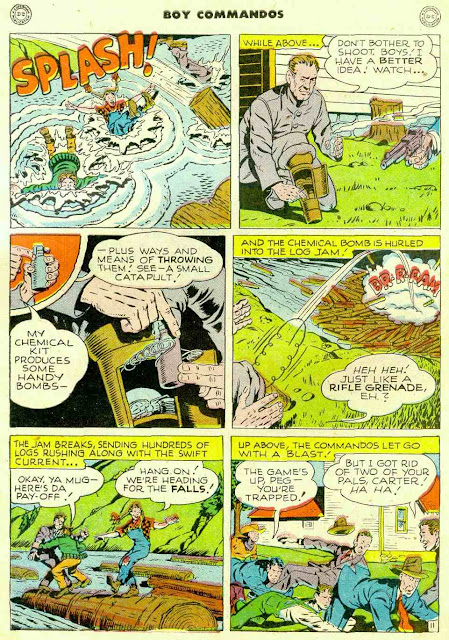 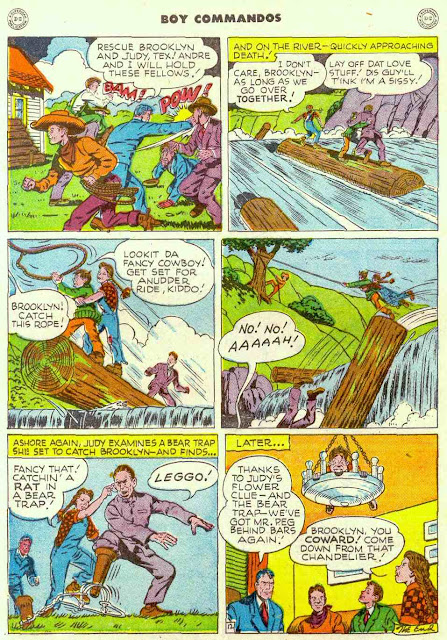 • I'm not perfectly sure how old Brooklyn was s'posed to be in 1947, but Judy Canova would have been 33 or 34 years old. (She was almost 40 when she gave birth to beautiful Diana.)

• To my eye, the work of Swan when mimicking Simon-and-Kirby looks a great deal like that of Robert Crumb.

• I don't know how you feel about the Boy Commandos, but I do know that people for whom I have a lot of general respect are fans, and this just scares the bejeezus out of me.