The Adventures of Annette and Merlin Jones-Sparky Moore-1964 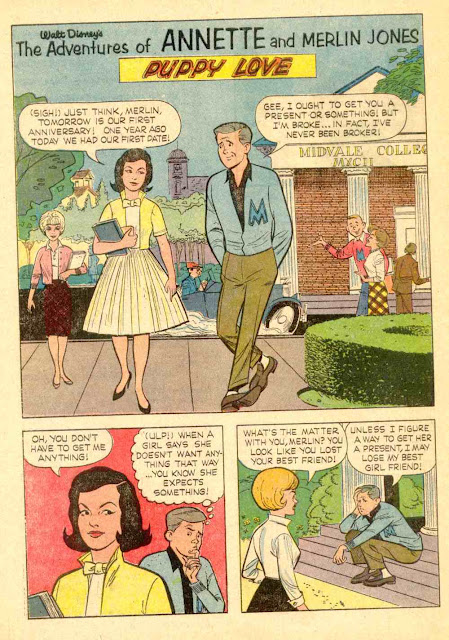 This had to have been confusing for young film fans who were also comic book readers. THE MISADVENTURES OF MERIN JONES had been a big hit for Disney in '64. Annette (just billed as such) and Tommy Kirk played the leads, Jennifer and Merlin. And yet here, in the comic, Annette plays herself, Annette, at least by name. And merlin looks absolutely nothing like Tommy Kirk. There is an interesting tie-in, though, between the story itself and the back cover contest to name Annette's puppy. Anyone know what the winning name was? 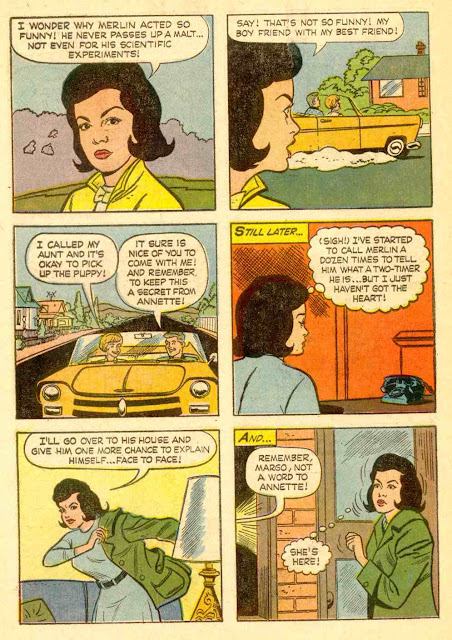 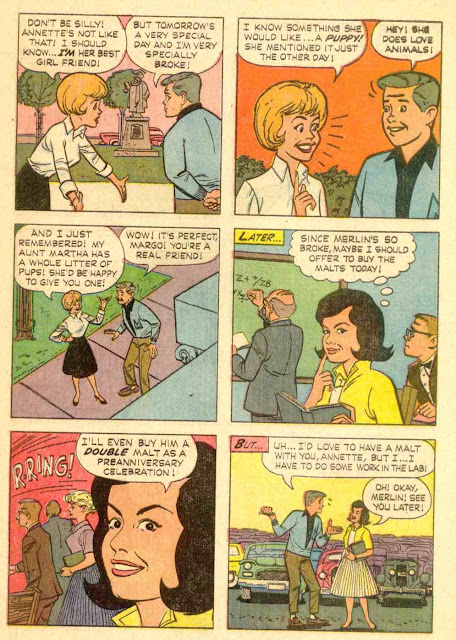 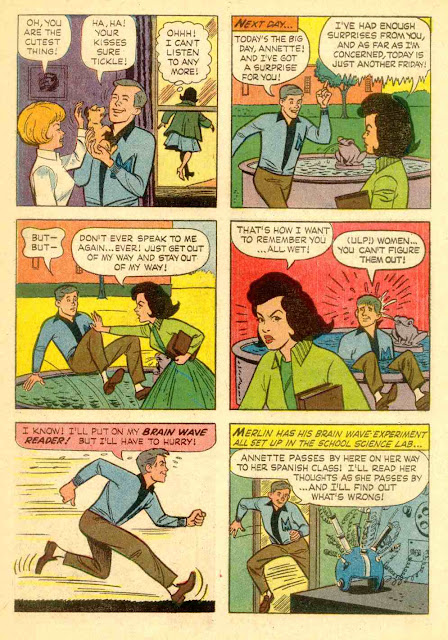 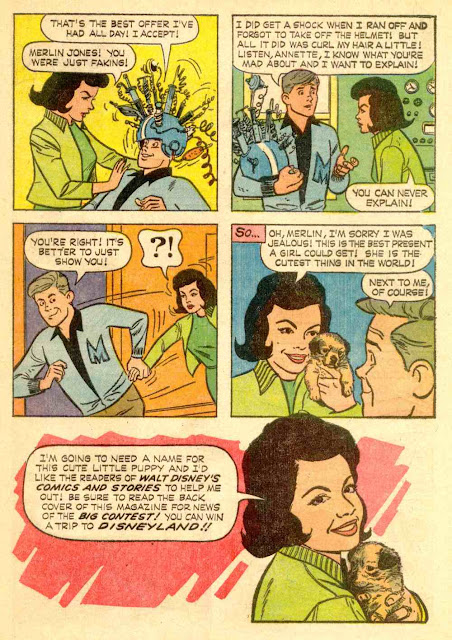 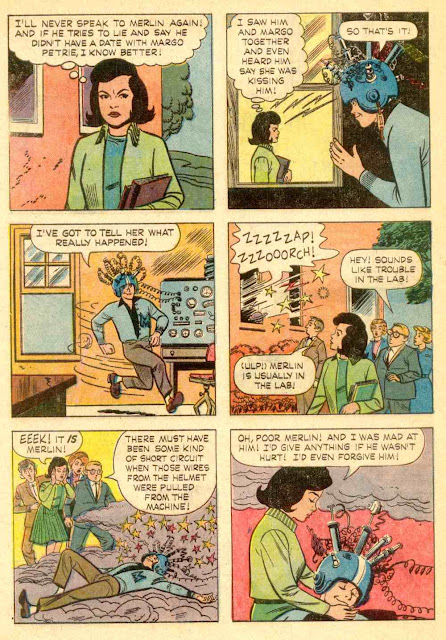 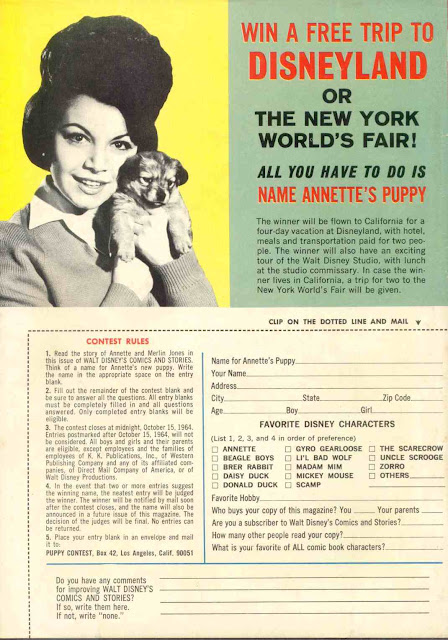 The winning name was Lady Star. It was announced many months later.