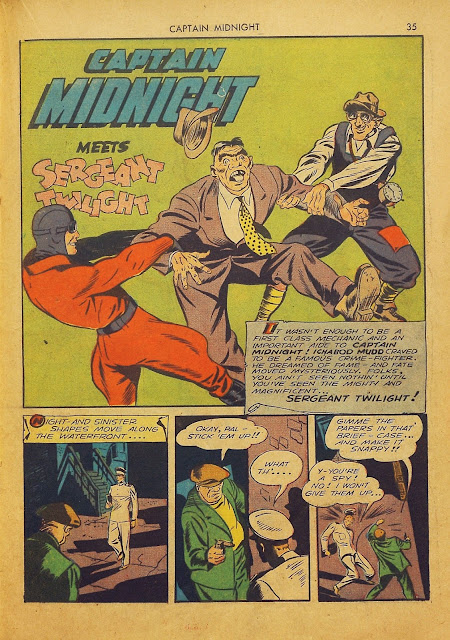 On radio, CAPTAIN MIDNIGHT and his Secret Squadron were big. They ran for years and were revived as recently as the 1980's! At Fawcett, he was streamlined and super-heroized with only his sidekick Ikky Mudd really making the transition. And even then Ikky was super-heroized as well! At least here! GCD has a question mark after Binder's name but as I understand it, he had a studio. This was probbaly done at least by his studio, 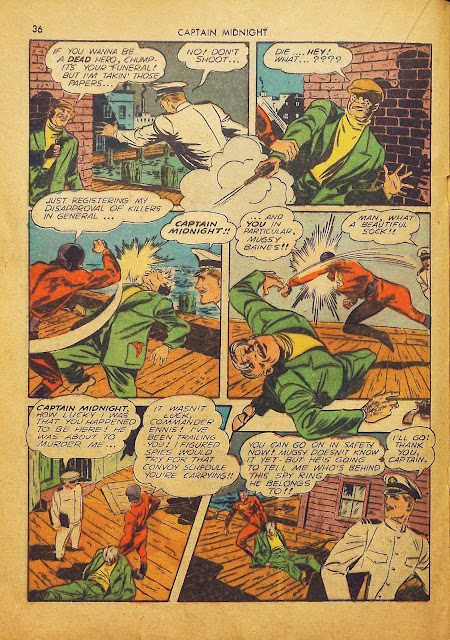 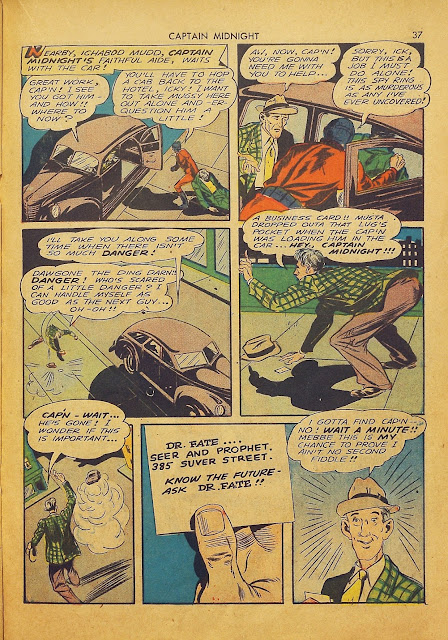 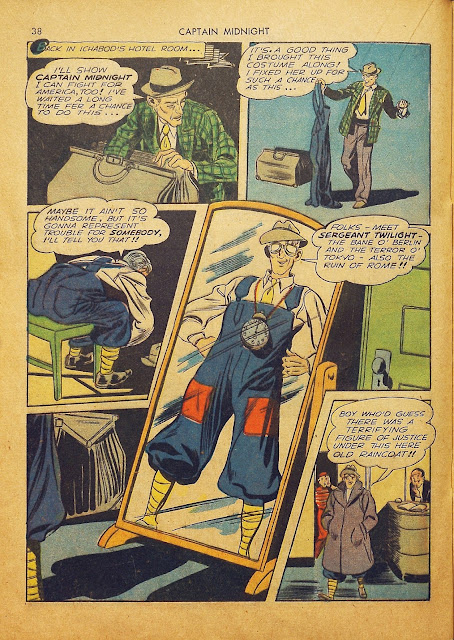 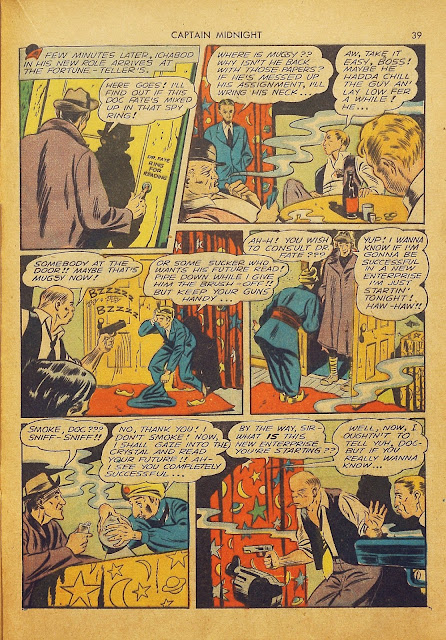 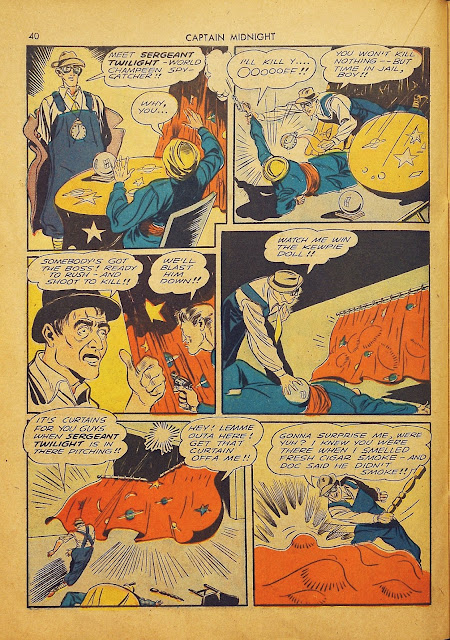 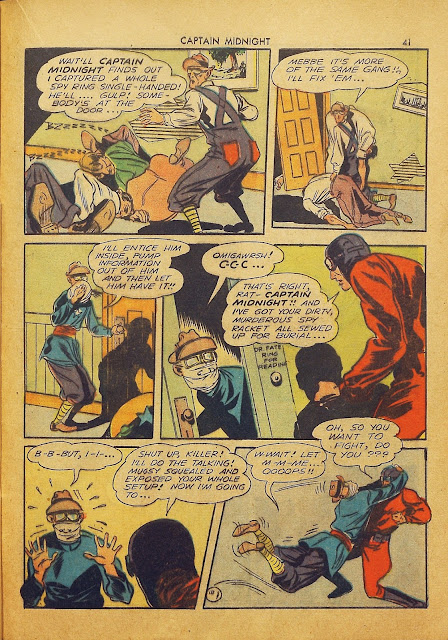 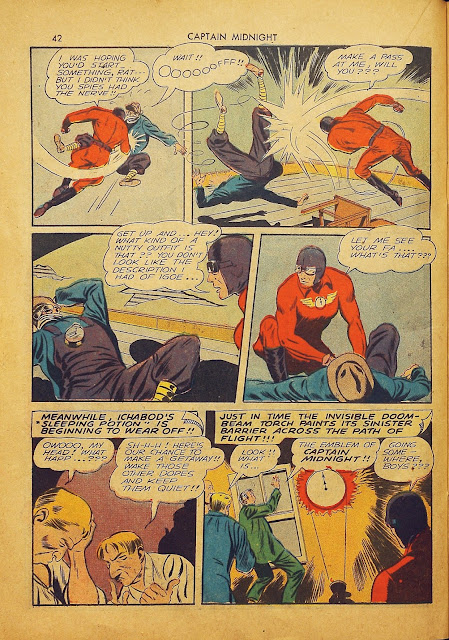 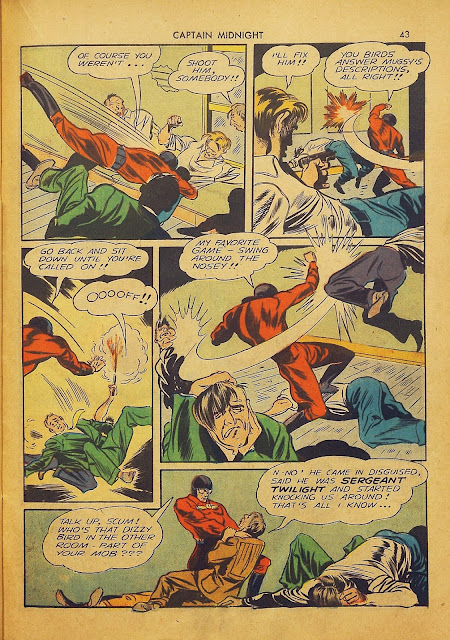 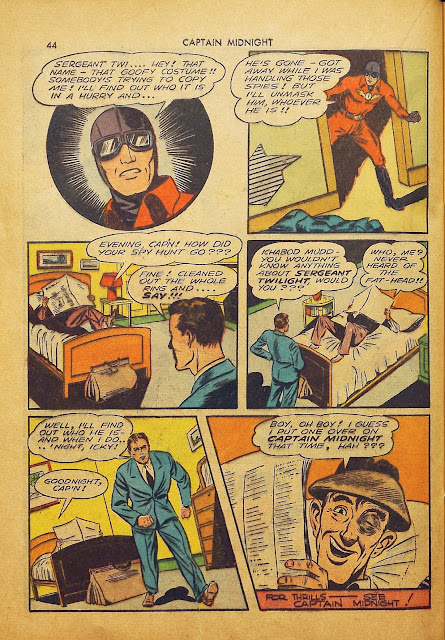 Posted by Booksteve at 6:36 AM