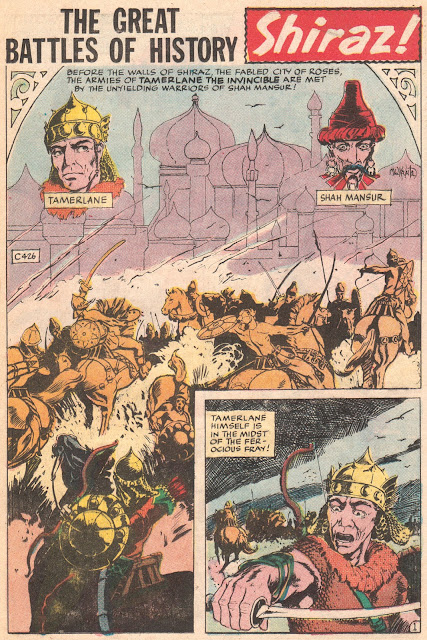 To the uninitiated, it's easy to write off Charlton comics as a low-rent also-ran in the history of comics. But that would be denying not only the company's many triumphs but also the many weird, wonderful and unexpected delights one can find in Charlton's back-ups! Here, for instance, is some promising work from a newcomer named M.W. Kaluta...just a few years before he joined with three other newcomers named Wrightson, Jones and Windsor-Smith to create The Studio and become known as the rock gods of comics-related illustration! 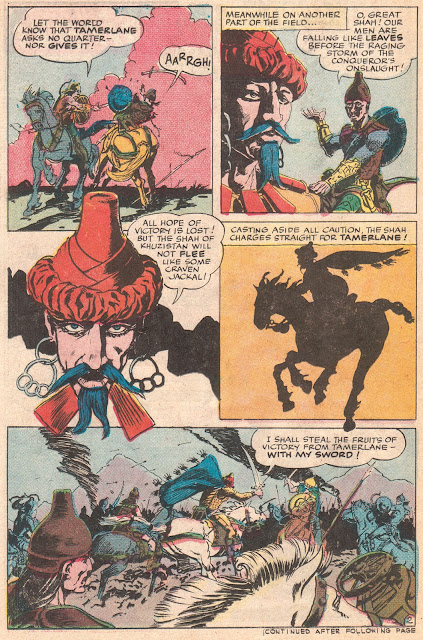 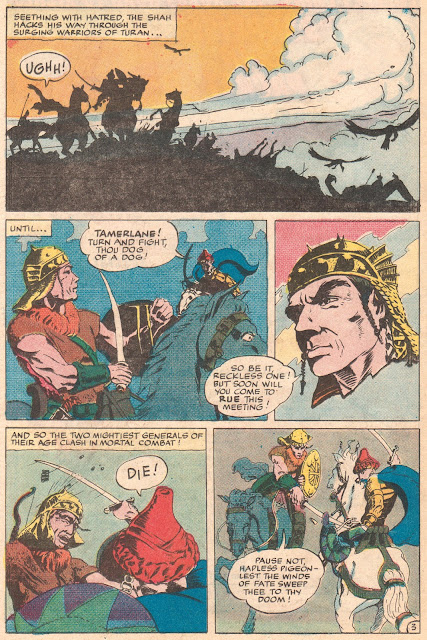 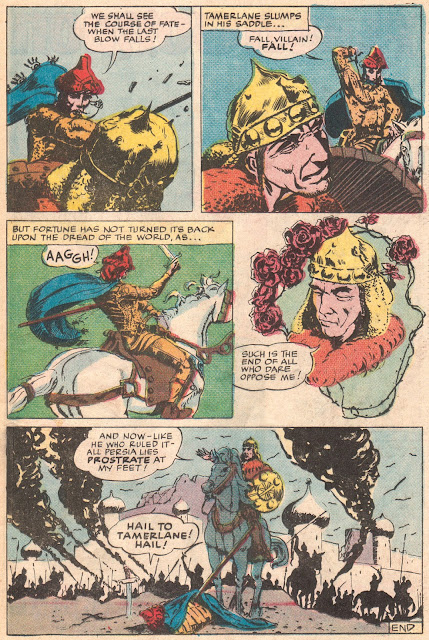