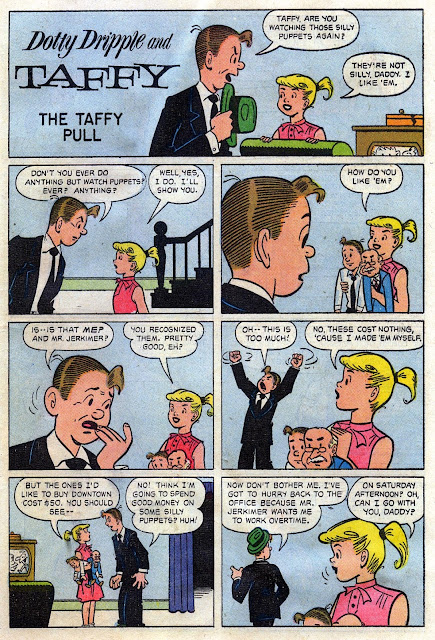 DOTTY DRIPPLE was a long-running newspaper strip in the BLONDIE mode. It was popular enough that in the fifties, it actually appeared in comic book form from no less than three different publishers! This particular story was from the Dell run that spotlighted the family's teenage daughter, Taffy. The strip itself lasted from 1944 until 1974. 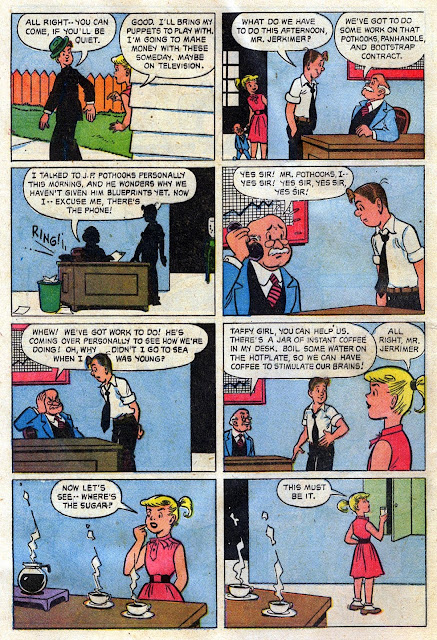 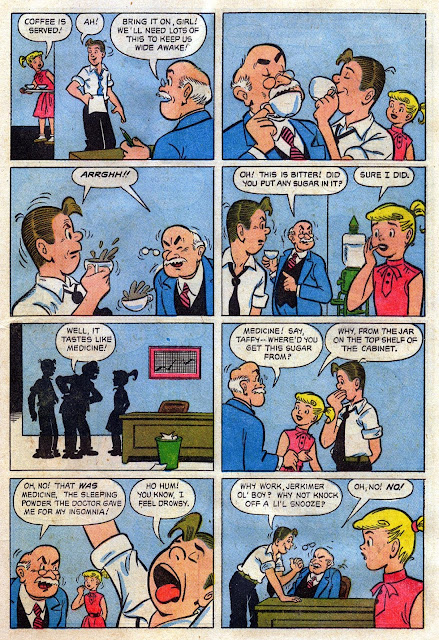 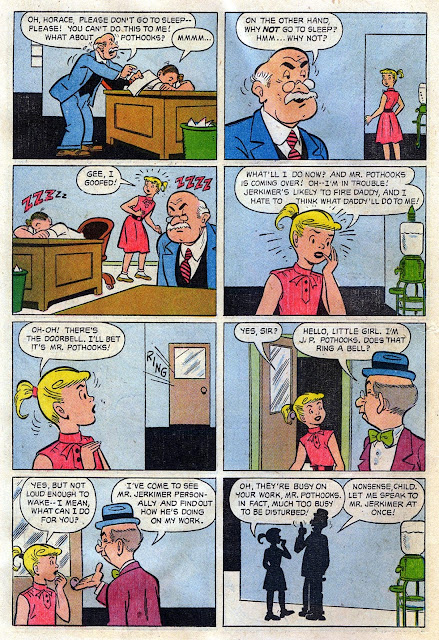 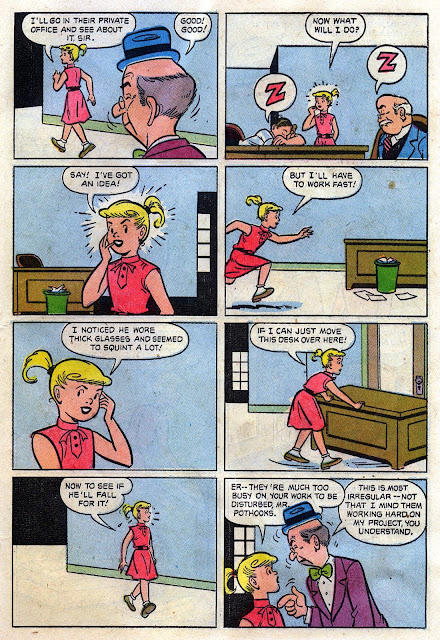 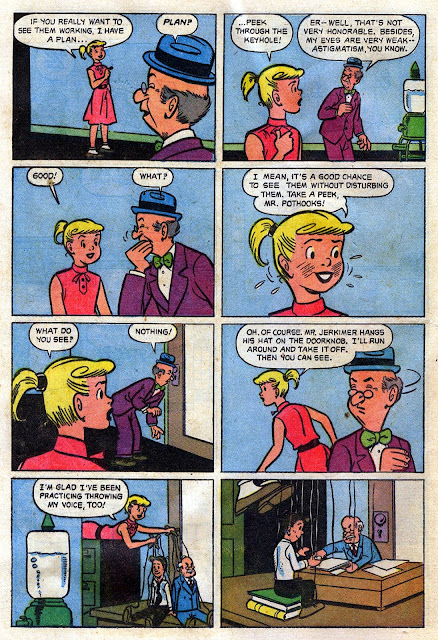 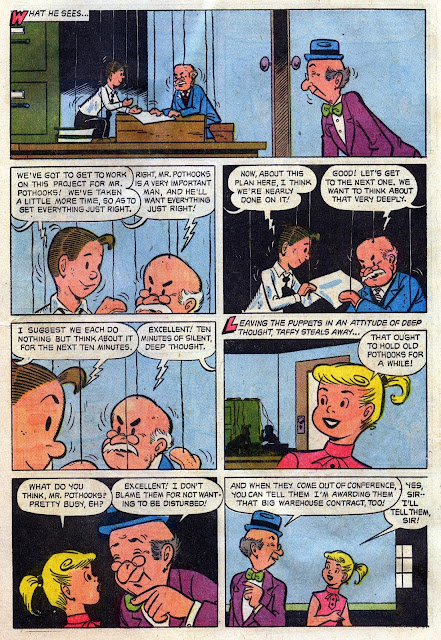 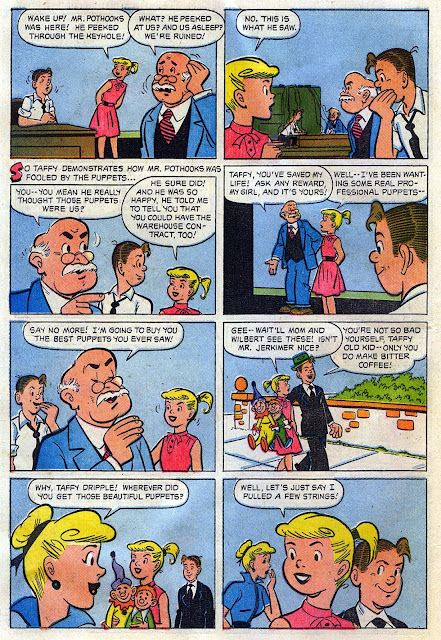 Wow...I had no idea Dotty's influence was so wide-spread...

I wasn't sure rightly who she was, and when I posted a few Sunday pages of hers in my blog, some readers gave me a little feedback, and now this.