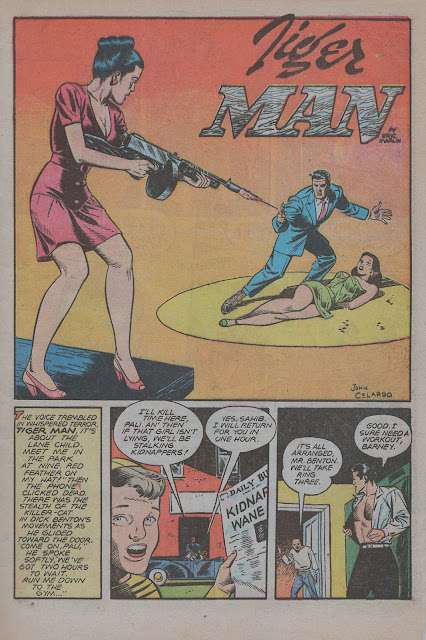 Tiger Boy is often trotted out as one of the weirdest comic book heroes. Here, though, we see the unrelated Tiger Man by future TARZAN artist John Celardo. The PDSH site describes him better than I ever could:

"Lt. Robert Benton, a.k.a. Tiger Man, was an athletic private eye who offered to help anyone who dials T-I-G-E-R M-A-N for free. He advertised for his detective services every way he could and his office was called the Tigers Den. Tiger Man had many vehicles such as a Tiger-Plane, Tiger-Car and boat. He was aided by Pali, his Pakistani valet. He had no superpowers. He possessed a ring that glowed with light whenever in the presence of danger. Whenever Tiger Man was very angry, an image of a large tiger appears behind him." 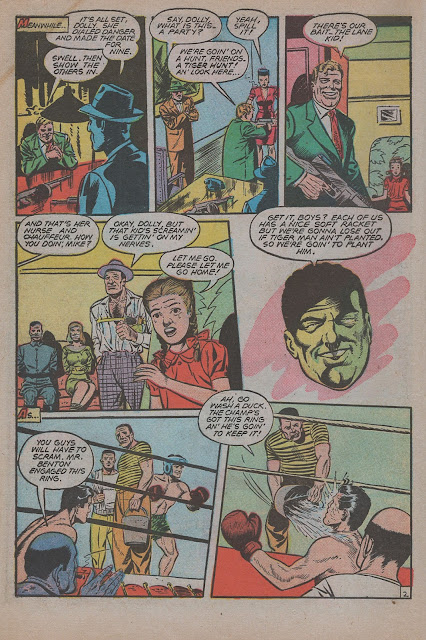 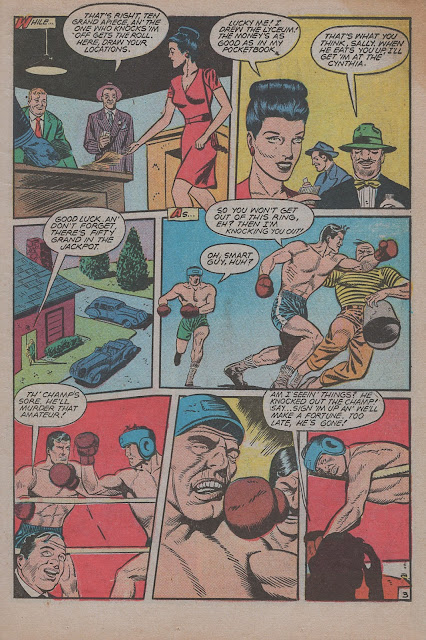 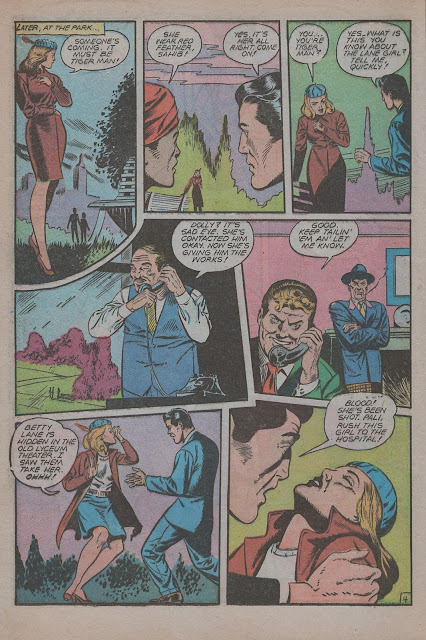 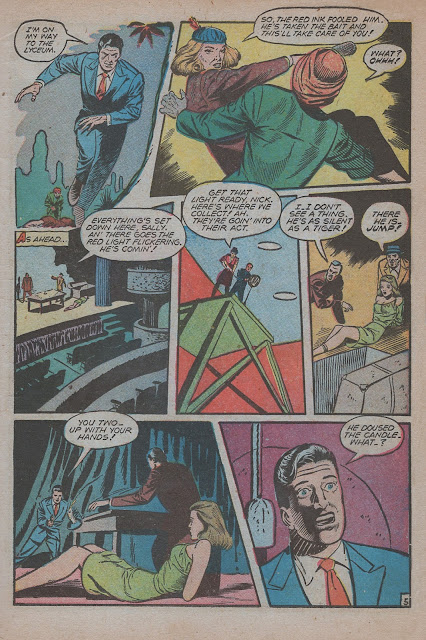 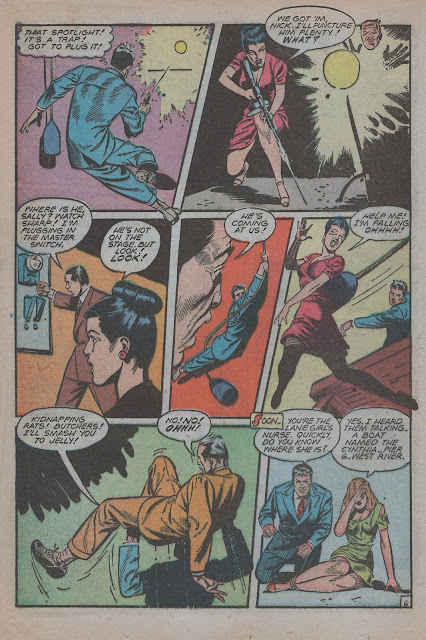 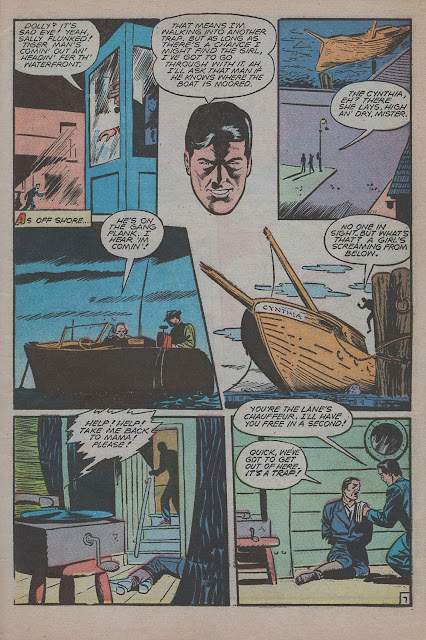 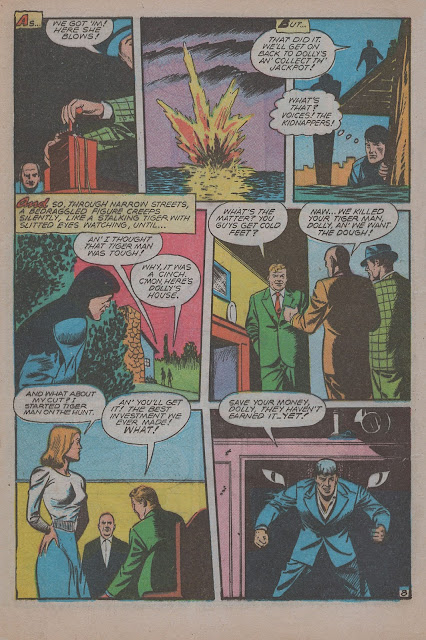 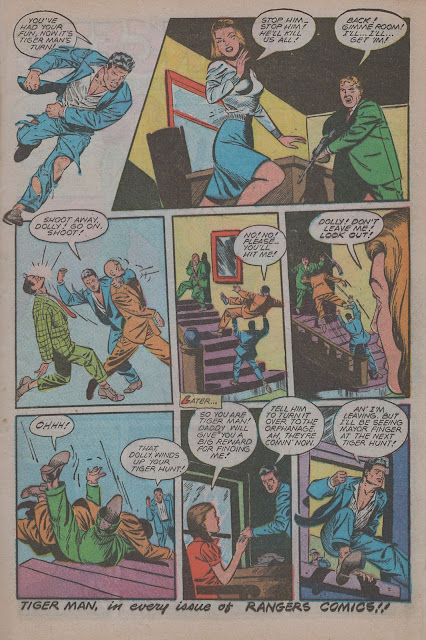 I wonder if Mickey Spillane (who started out as a comic book writer) remembered this character when he created "Tiger Mann," a hard-boiled secret agent, for a series of novels in the '60s.

I was kinda wondering the same thing. That's the only Spillane character I've ever read, actually!