Goliath and the Barbarians-1960 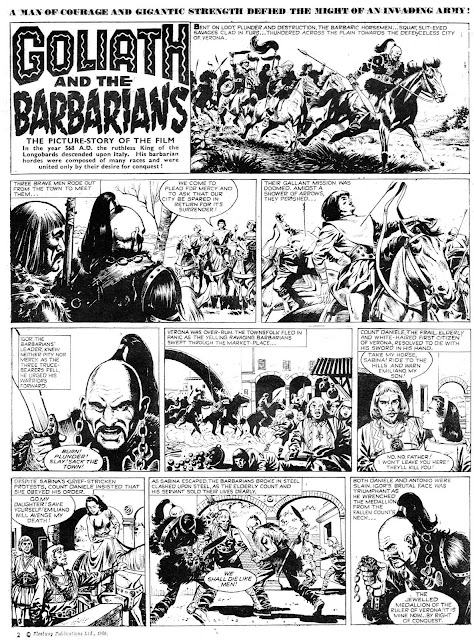 Here's a 1960 UK comics adaptation of the 1959 Steve Reeves Italian peplum movie of the same name but seriously, doesn't it look like it would be right at home a dozen or so years later in Marvel's SAVAGE TALES? At least if Goliath didn't have that oh-so neat coiffure! 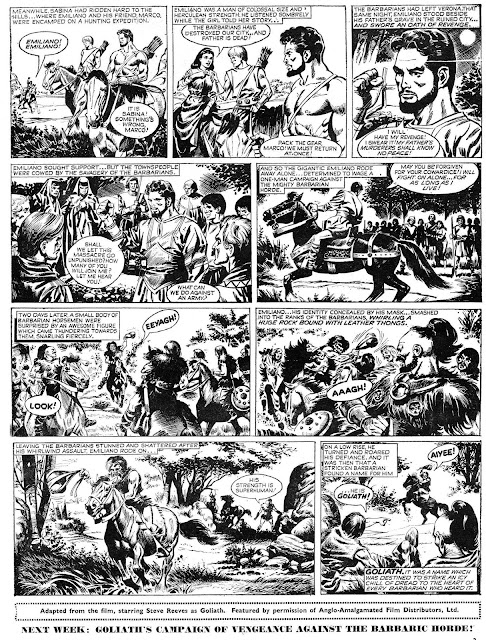 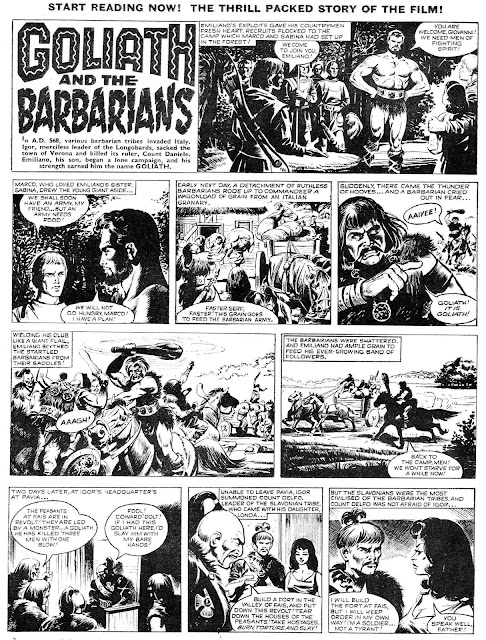 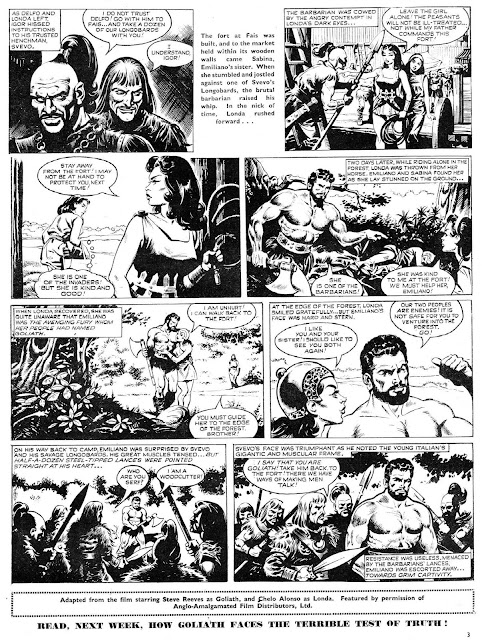 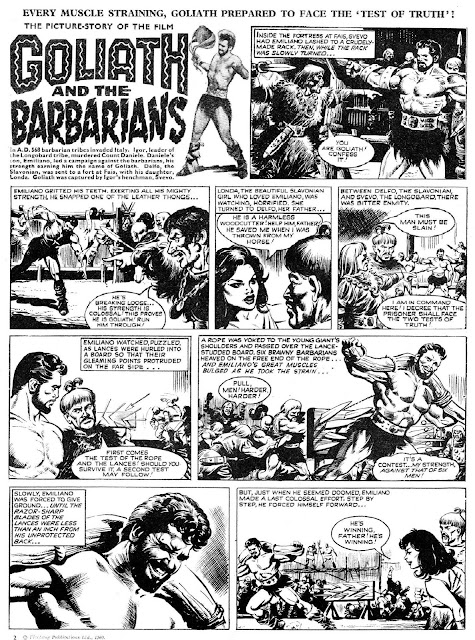 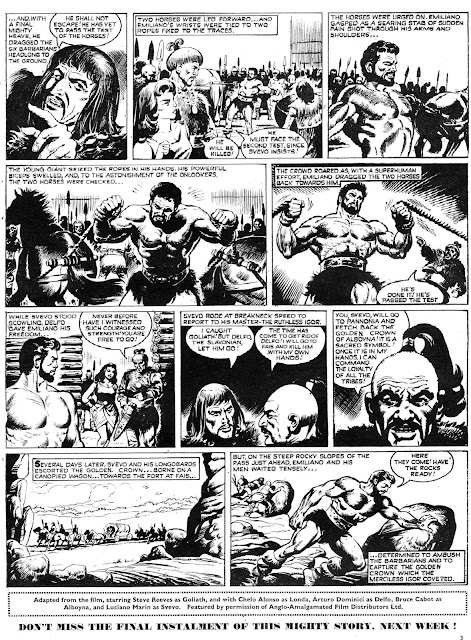 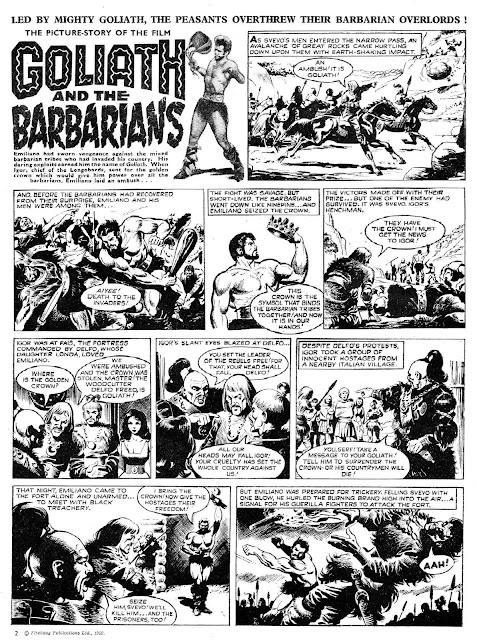 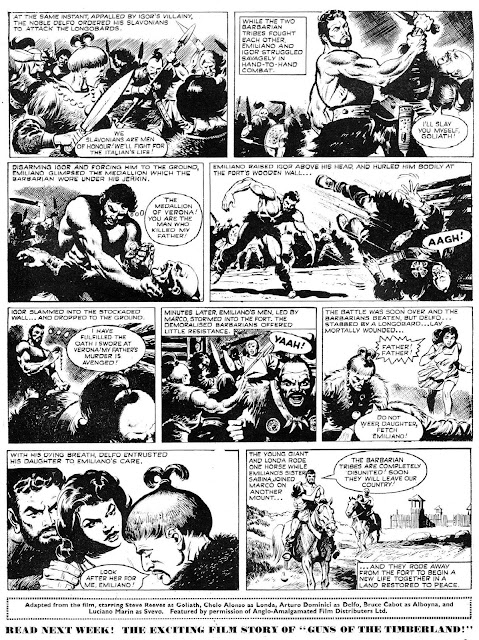