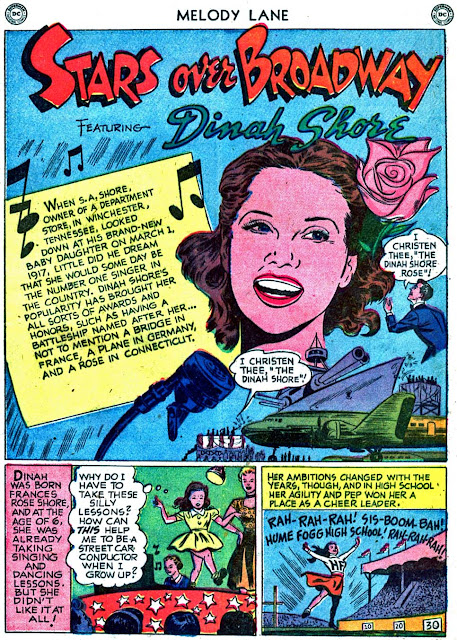 Dinah Shore had two distinct career peaks, the first being from the mid-1940s until the early 1960s, the second being from the late 1970s to the mid-1980s. In the first, she was a drawling radio singer and sometime actress who married cowboy star George Montgomery and sold Chevys on TV. In the second, she was a beloved light talk show hostess who was coupled with Burt Reynolds for quite a while. I saw her live at a taping of her show around 1978. This bio-piece comes from the middle of her first fling with fame. 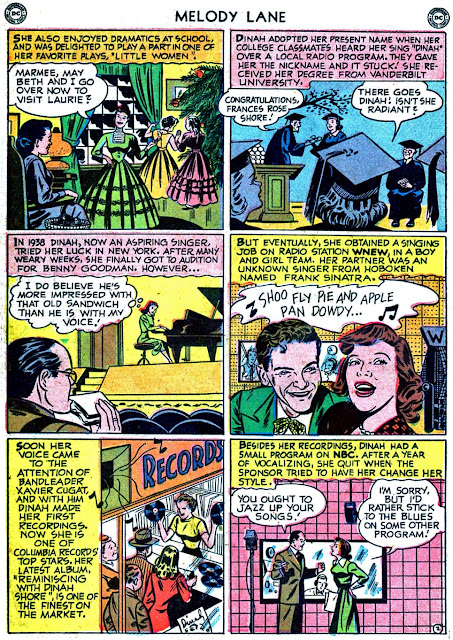 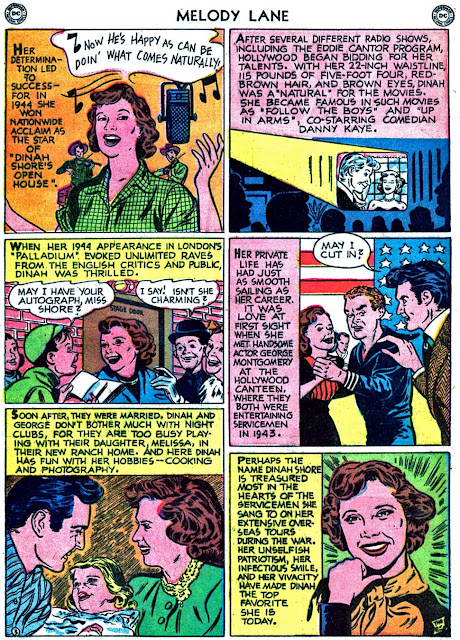