Nick Fury and the Marvel Bullpen-Ayers/Severin-1970 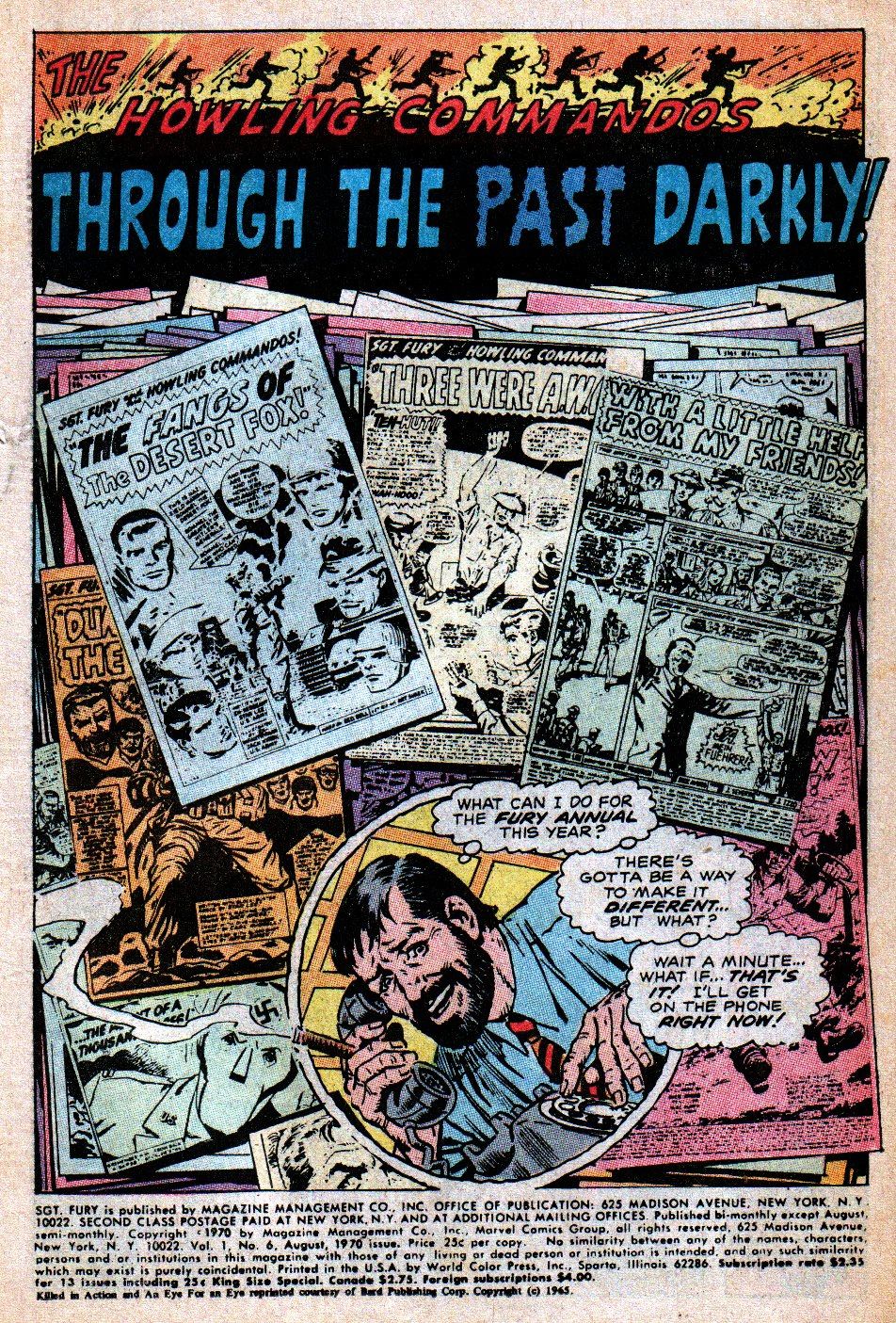 If you had told me that today I would come across a Silver Age Marvel story that I had never seen before I would not have believed you. Thought I'd seen them all long ago! Then I found this. It isn't really a story. It's the framing sequence to the 1970 SGT. FURY Annual, and it's done in the same humorous style where we once had Lee and Ditko in a Spidey Annual and lee and Colan in a DD Annual. 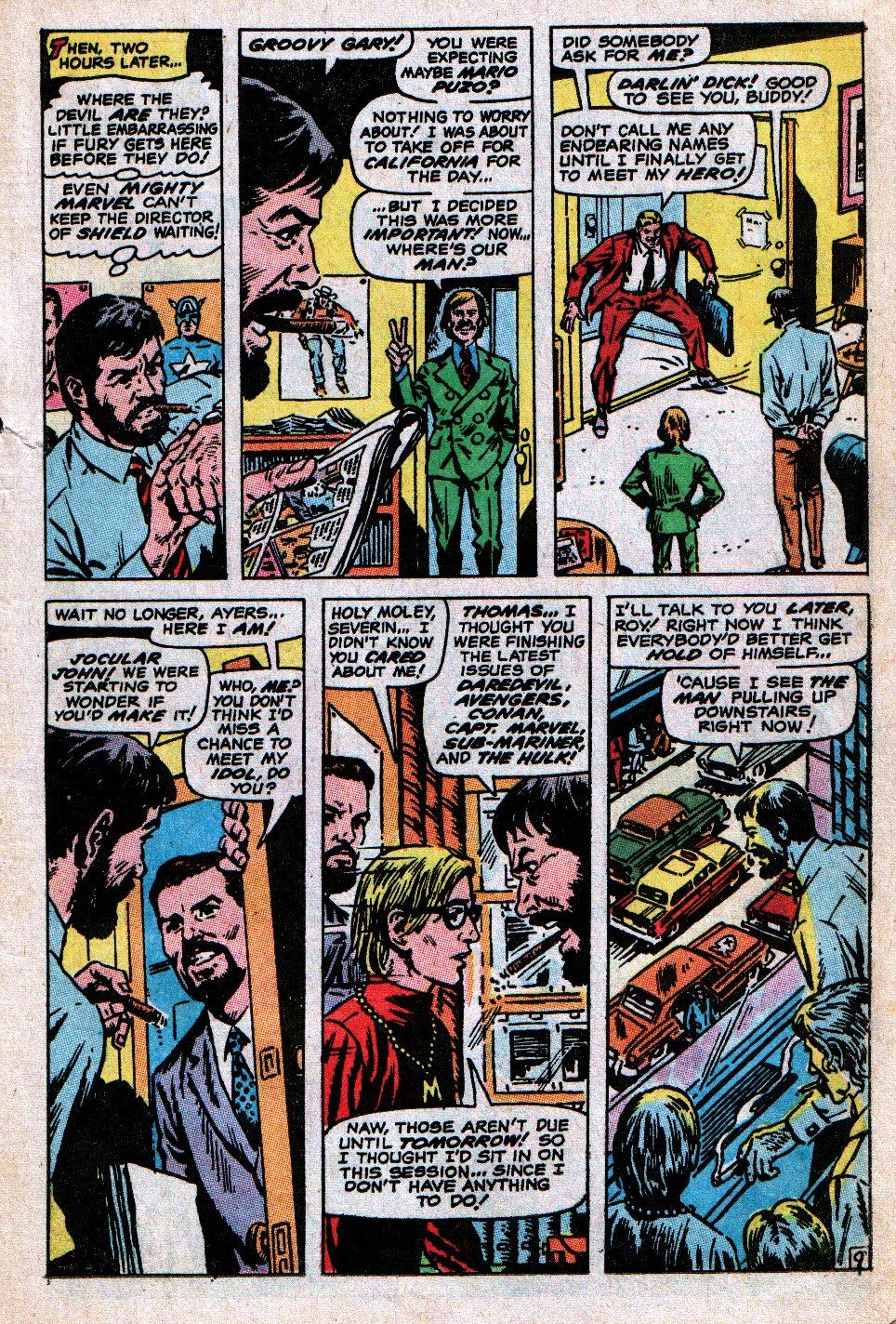 In this case, Smilin' Stan invites all of the then current SGT. FURY creators to his office to help Nick himself choose a couple of stories for that year's annual. Thus, along with Stan, we get Dick Ayers, Gary Friedrich, John Severin and Roy Thomas as characters. 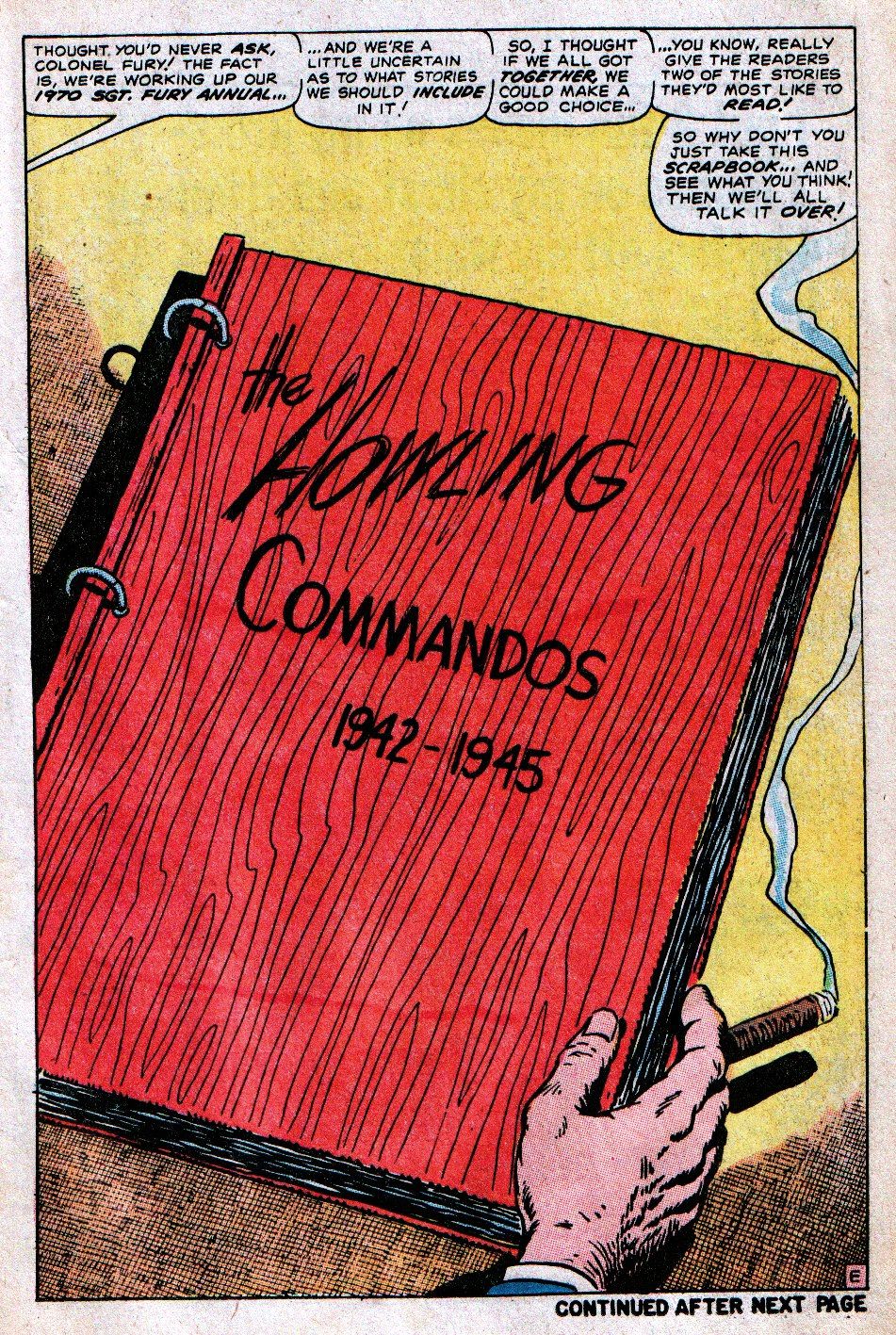 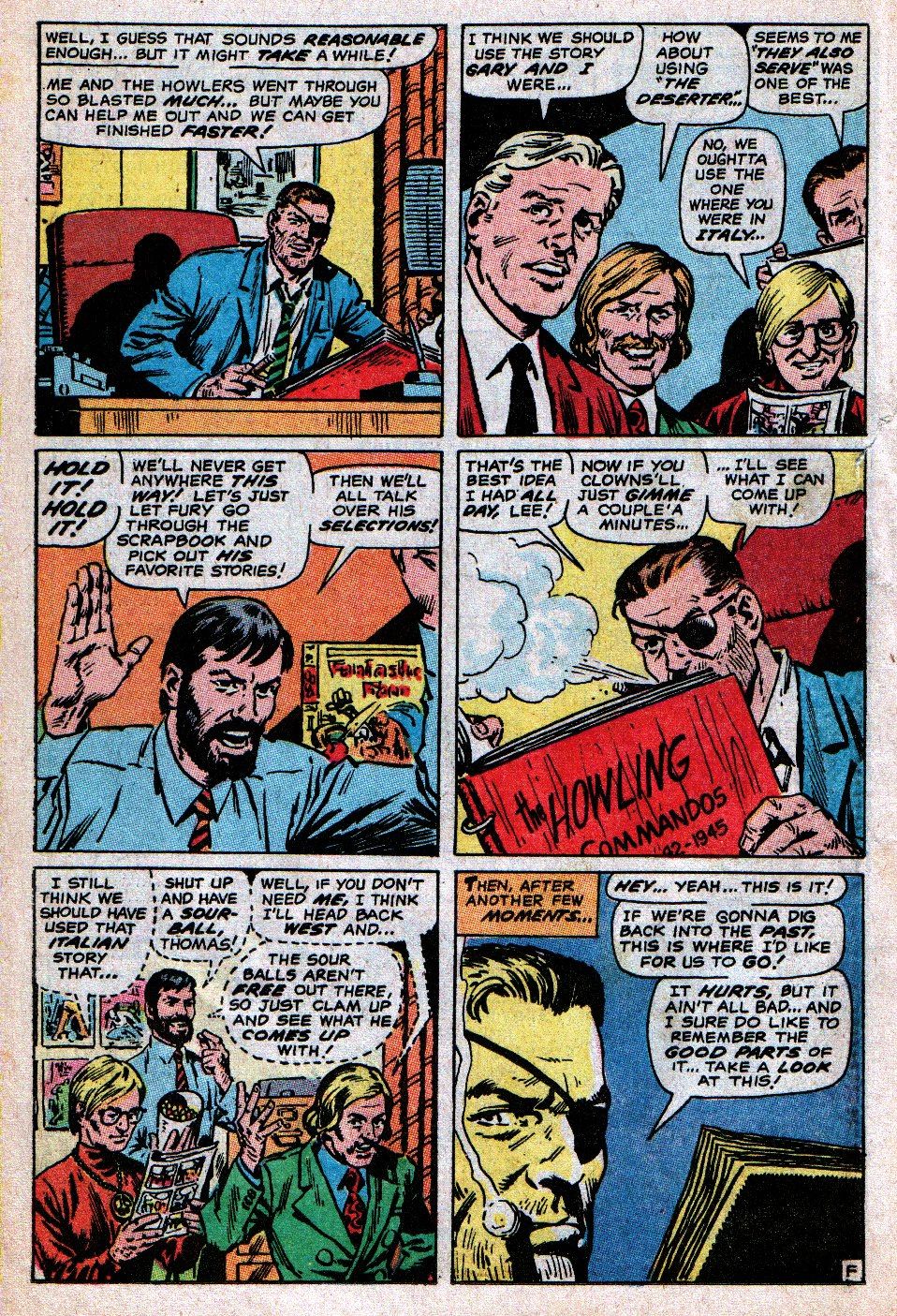 After the above page, there's a reprint of perhaps the most famous of all Howler tales, the one where Fury's true love, Pam Hawley, dies. Then we bounce back to the Bullpen and some jabs at the idiosyncrasies of our real-life folks Then Nick picks the story where he got his revenge on the Nazis for Pam's death. 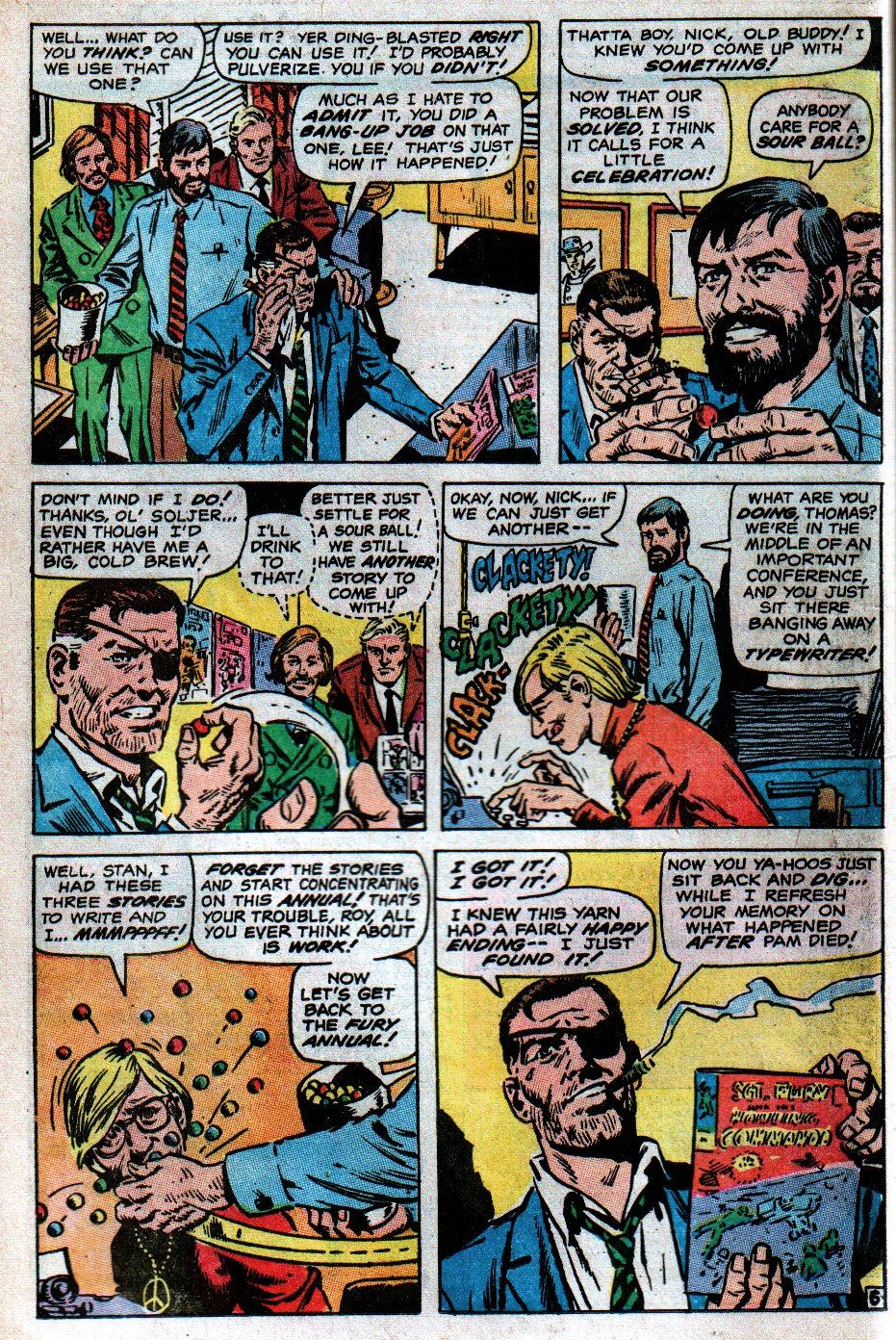 Then a little anti-war sentiment, some rationalization as to how hippie-looking Gary could do so well on a war book with noted right-winger Severin, then they all go see PATTON! Some great fun here and marvelous caricatures by Ayers and Severin, the best artists the title ever had. 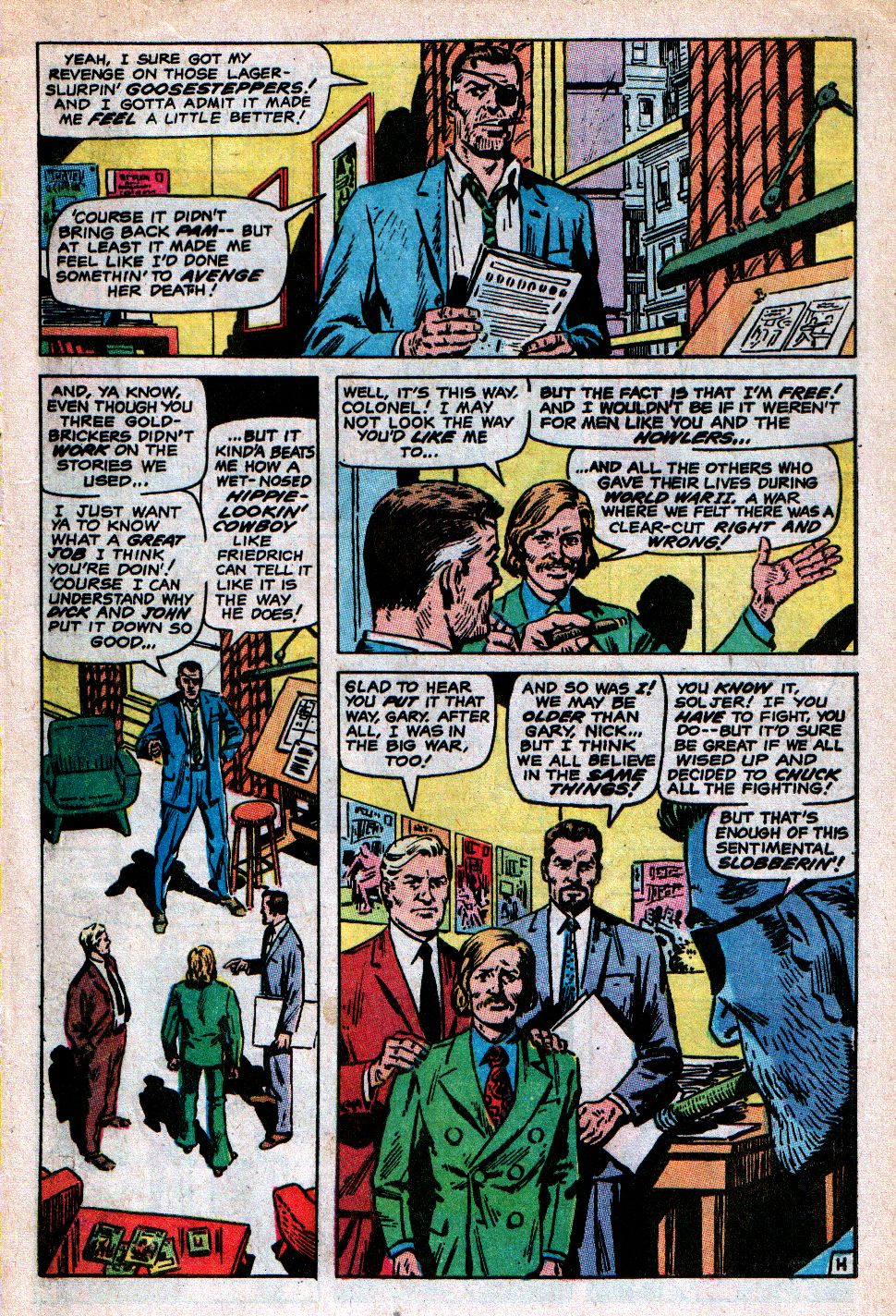 Thanks for sharing! I don't think I'd never seen that either. Pages don't get letters instead of numbers often...