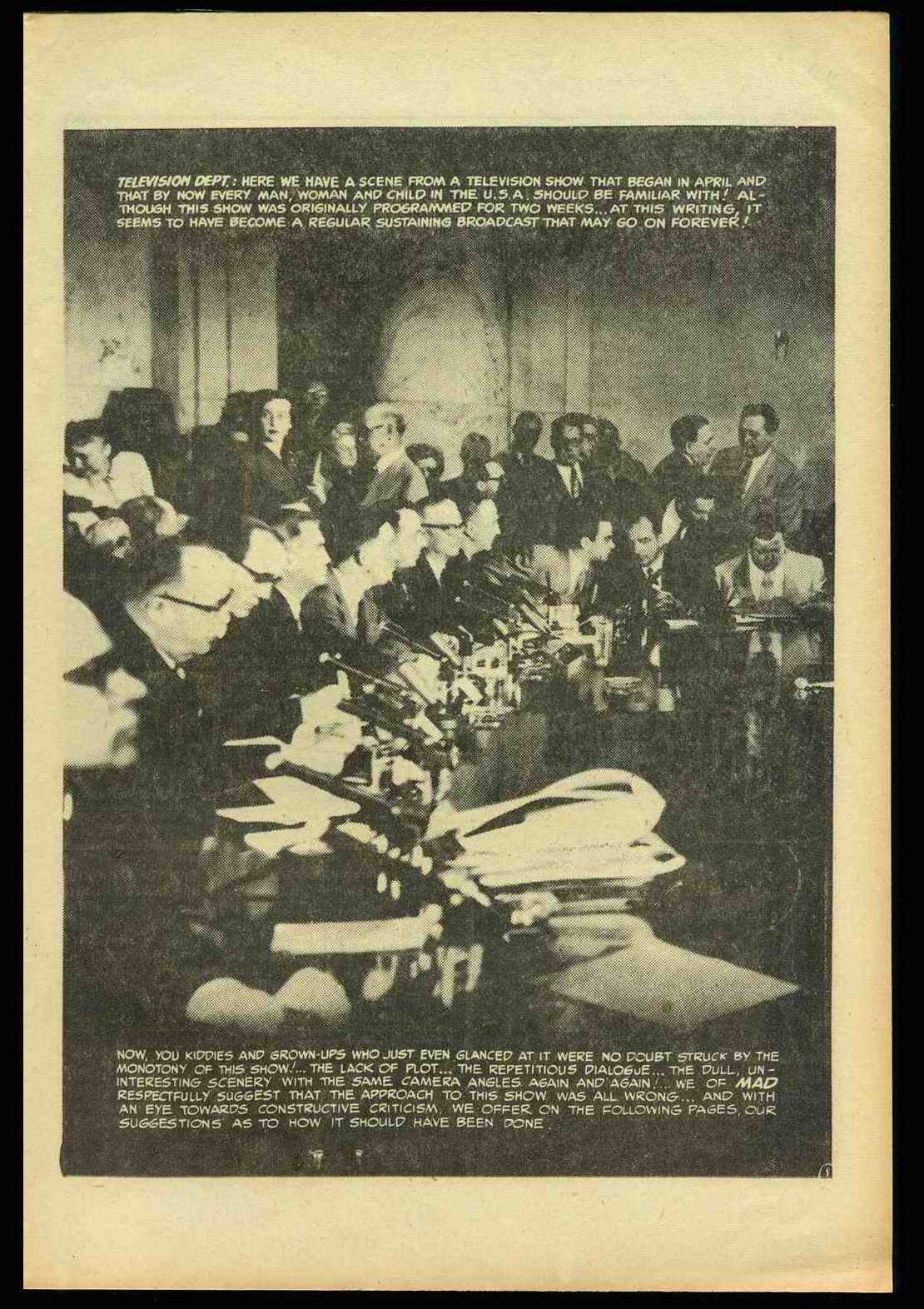 So many of Harvey Kurtzman's early MAD parodies hold up pretty well even today and remain hilarious, even if not perceived as being as cutting edge as they originally were. One notable exception is this one, a story that simultaneously lampoons fifties TV tropes such as Senate hearings, game shows and wrestling with a skewering of anti-communist (and anti-comics?) crusaders. It is, of course, hilarious...but more so if one has a scorecard identifying all the real people being parodied within. Today's readers, for the most part, would be completely lost. 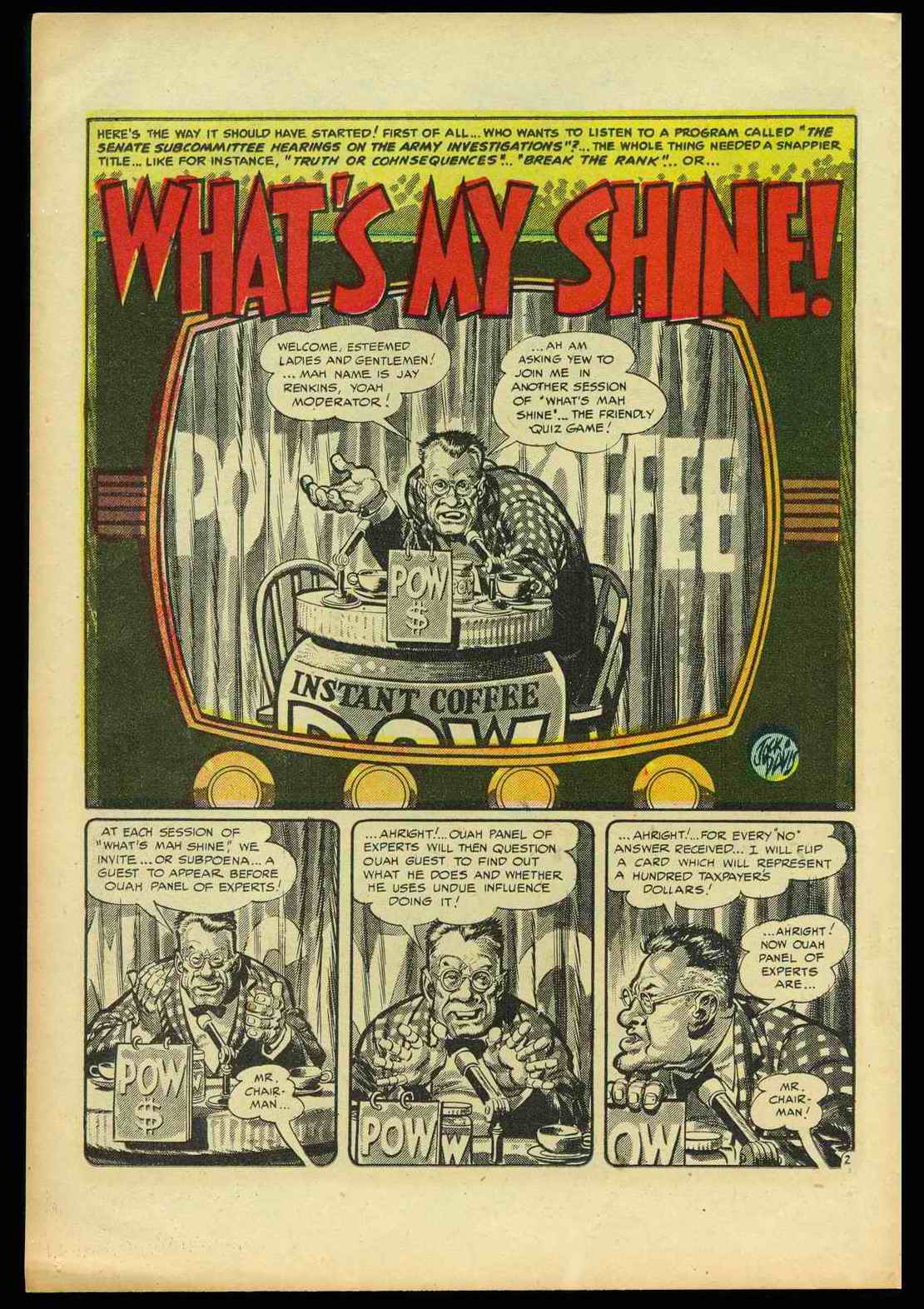 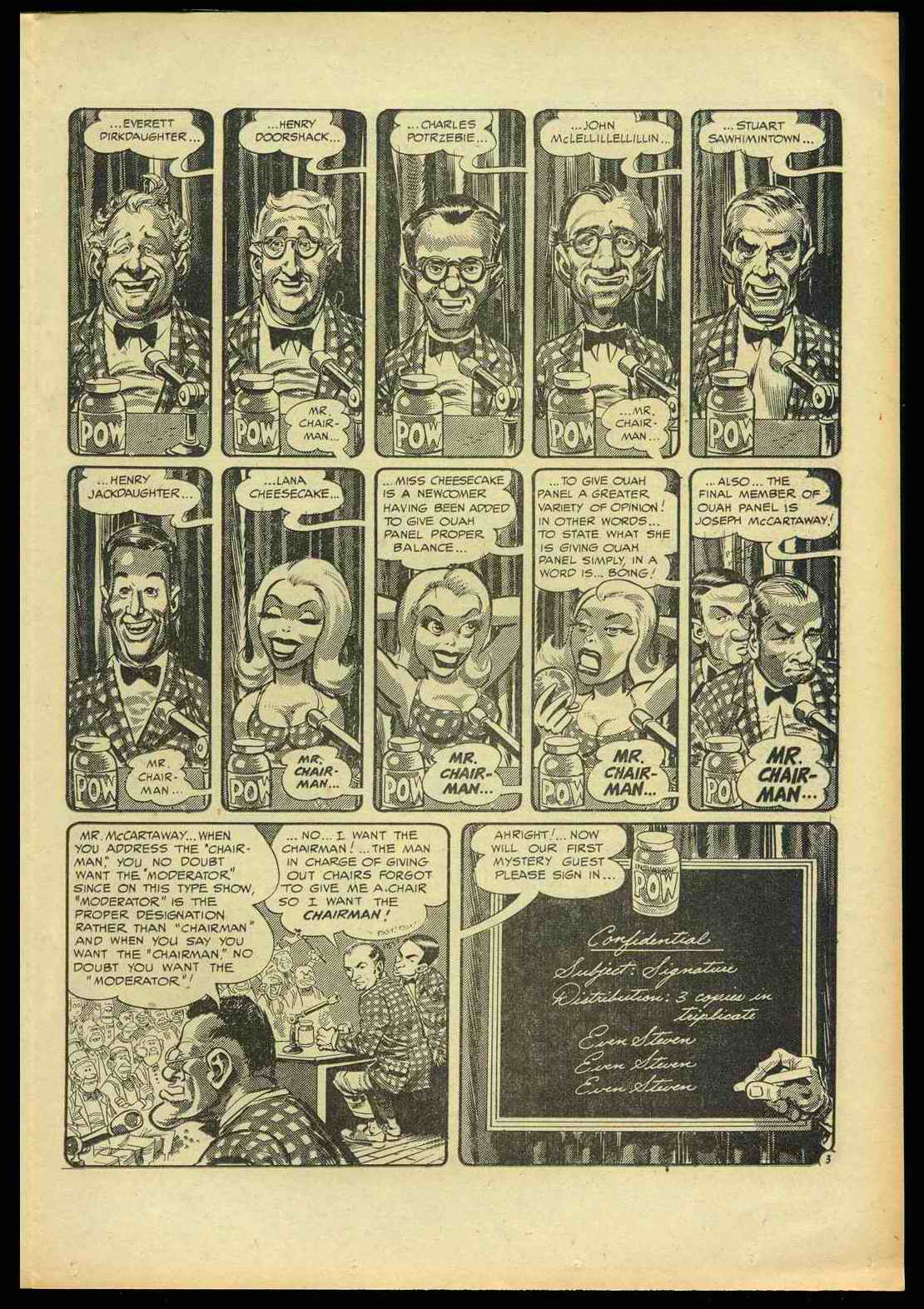 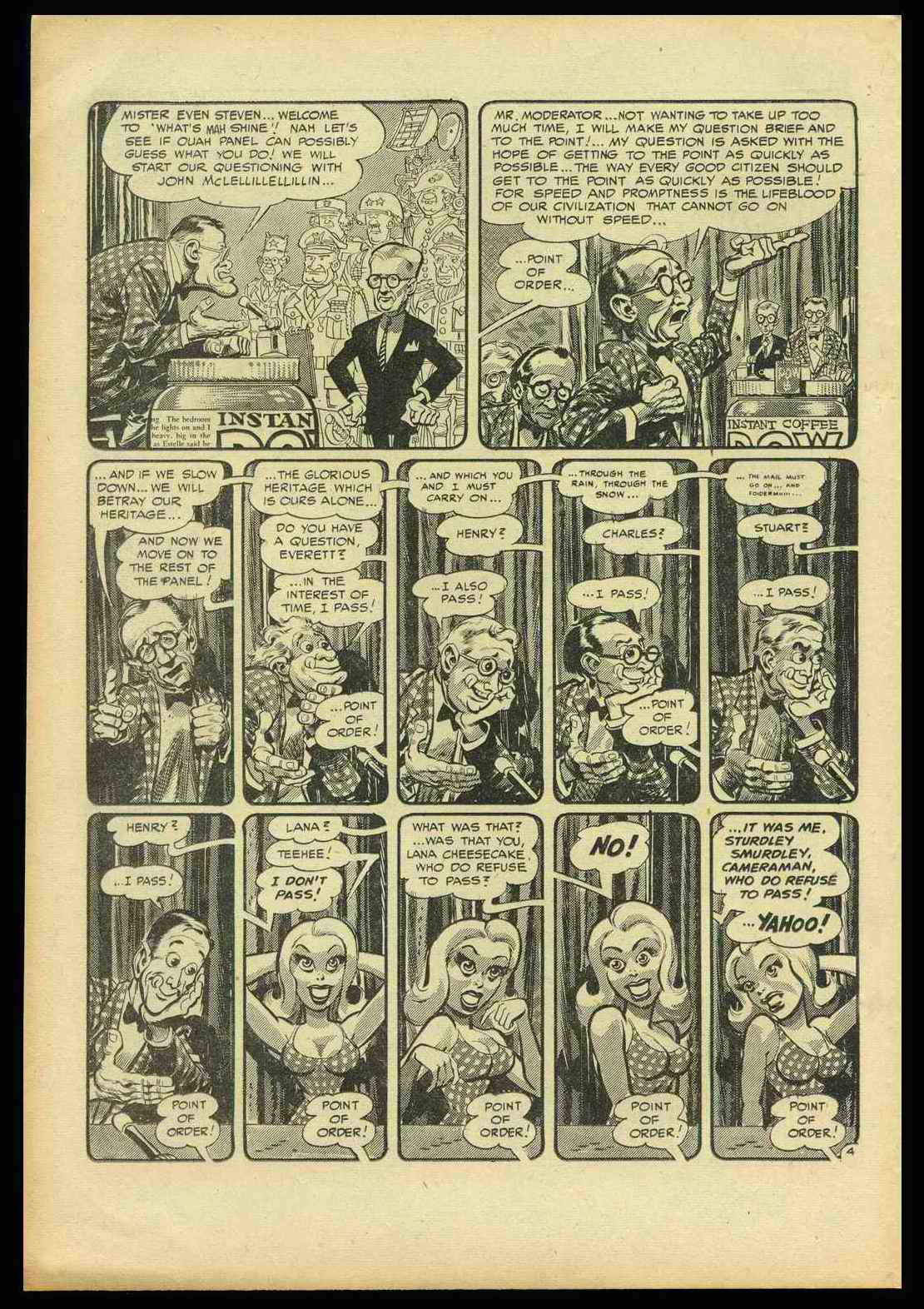 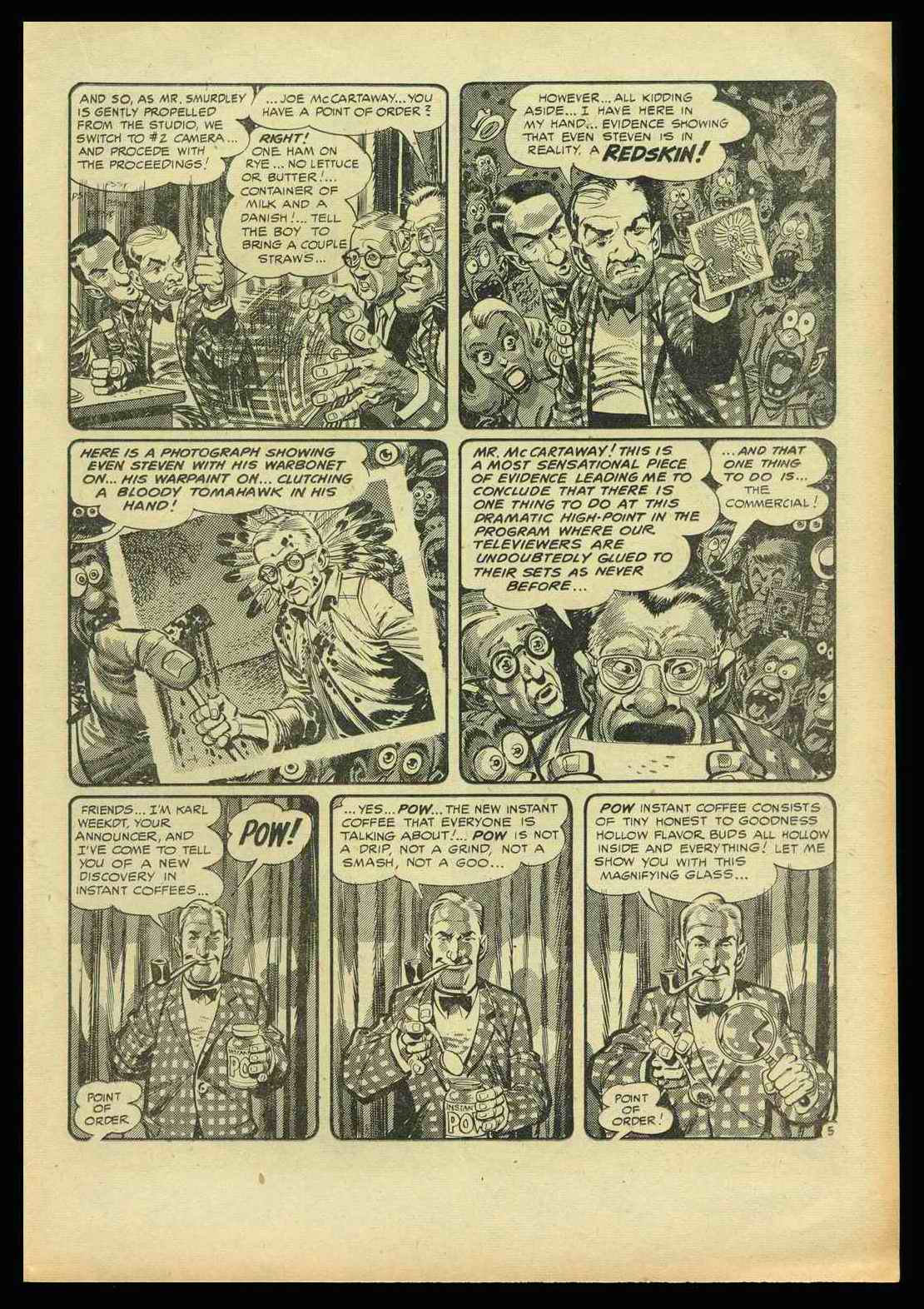 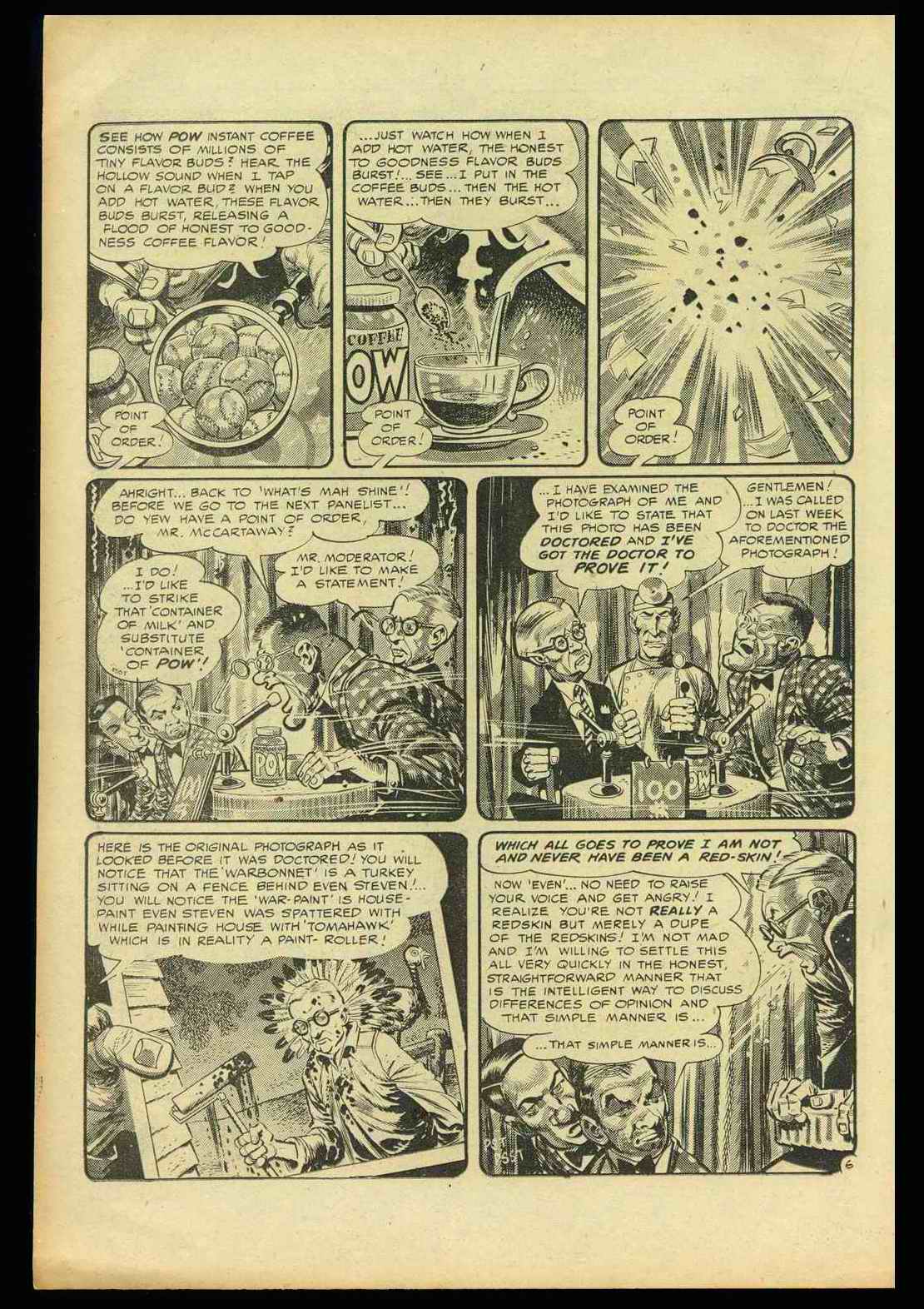 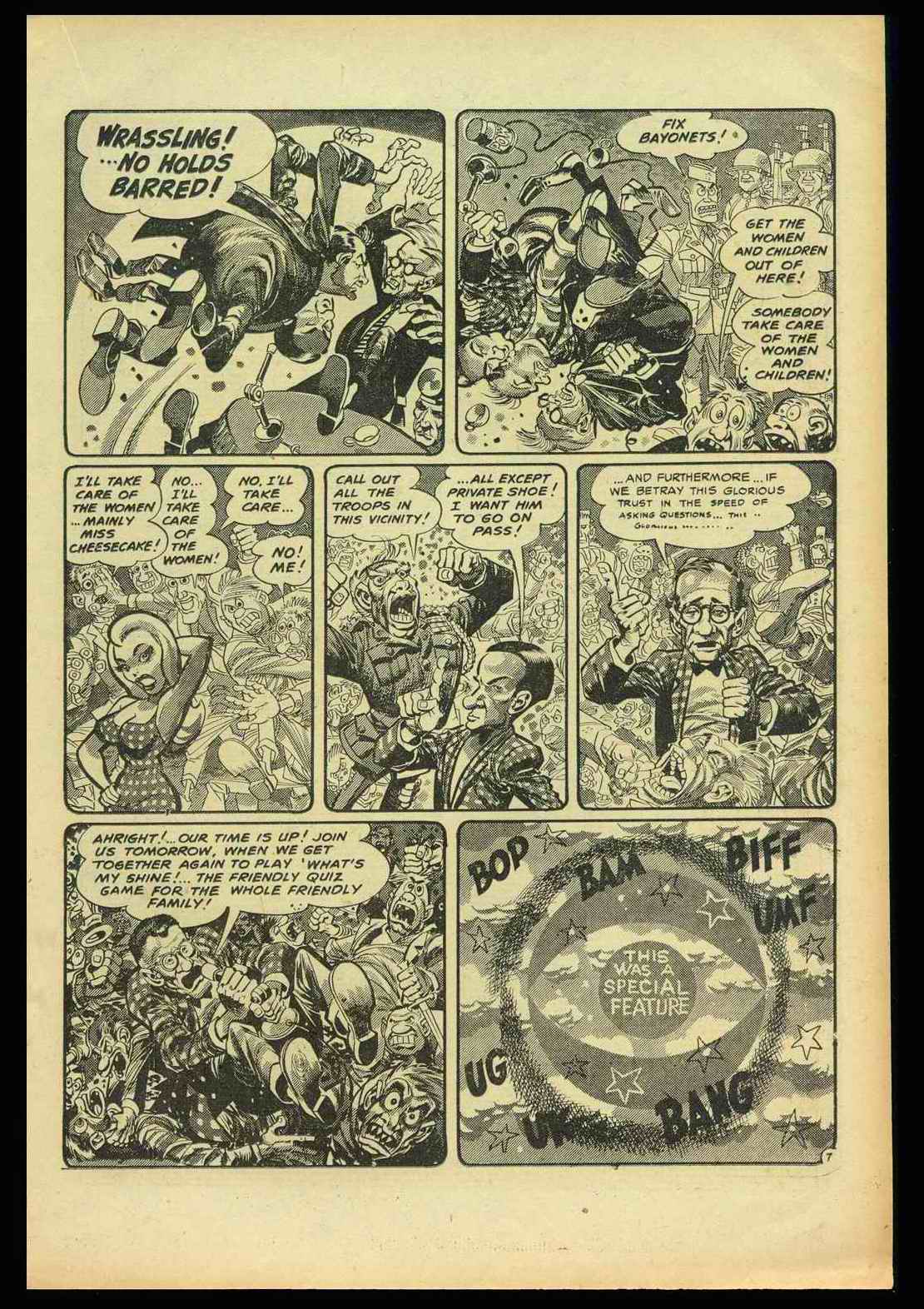 totally hilarious! I am a child of the 60s but I should know a lot about the 50s. let's see how I do. Of course what's my shine = what's my line popular game show. I remember it well and they have them on you tube. Not sure who the host is.

panel on page 3: Everett Dirkson, senator (Republican from Illinois). the next 3 I don't get. Stewart Simington was a senator ( Democratic United States Senator from Missouri from 1953 to 1976.) I think. both senaters were right wing. supported McCarthism I think. Jackdaughter is obviously Henry "scoup" Jackson ( Senator from the state of Washington) He was in the senate way up into the 70s or 80s. Don't know if Lana Cheescake was a particular person or a type.

the idea of replacing senate hearing with a game show is hilarious. even though my memory beings with the 60s I've read enough about the 50s and there was enough anti-communist hysteria left over for my time this is super funny.

Joe Hinman, What's My Line is hosted by John Daly.

Yes I know John Daly but the host of this didn't seem to fit Daly. Doesn't look like Daly and is called Jay Rinkins. I assume it's related to some McCarthy committee guy.

I hope Lana Cheesecake has no sense of decency....