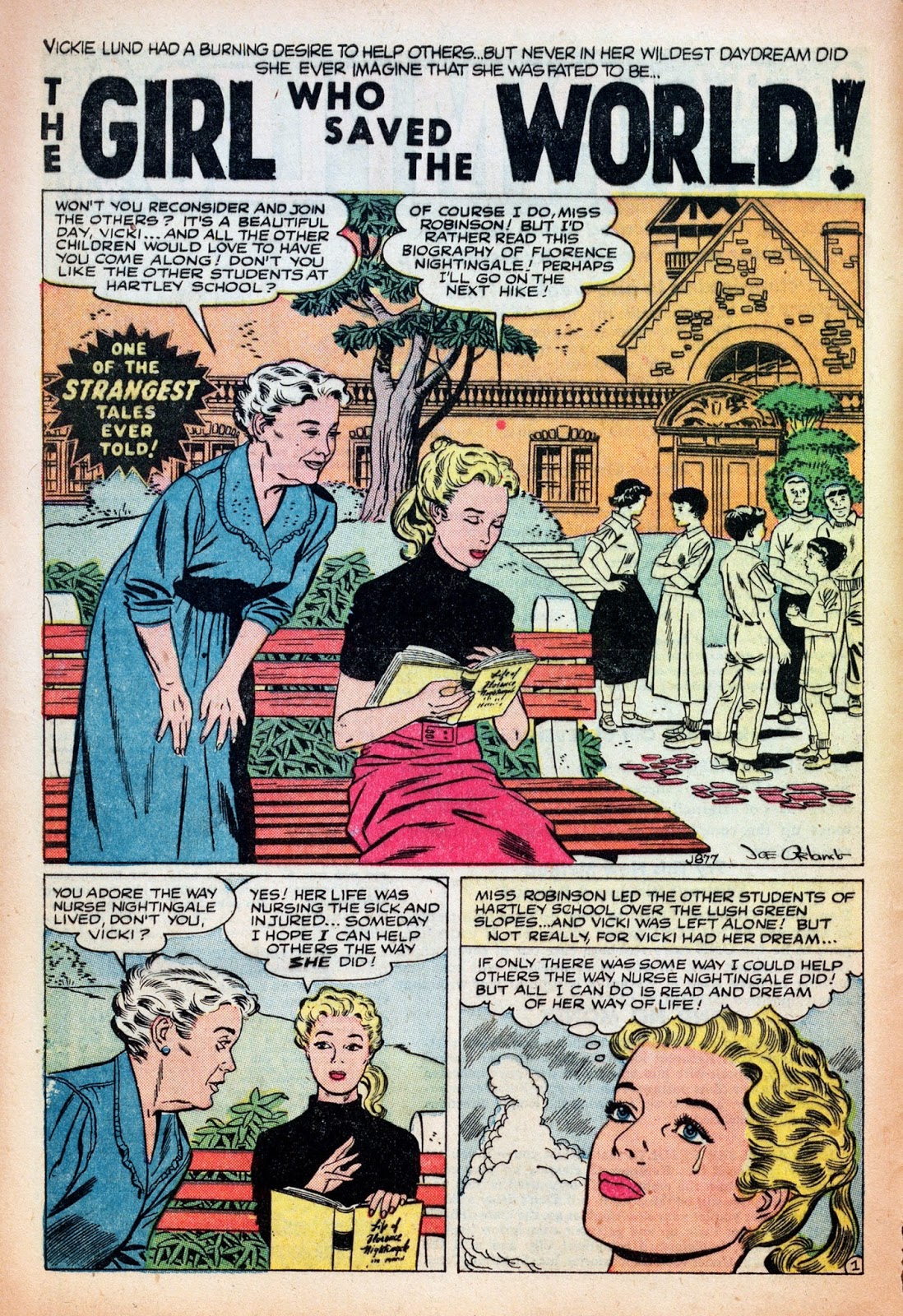 The conquest plans of some cutesy aliens from an EC-style spaceship are thwarted by a pretty blonde girl. Former EC artist Joe Orlando's name is on this and certainly the aliens and their accouterment are his but my first glance at the girl said, "Al Hartley," a suspicion seemingly borne out by the latter's name on the book in the final panel. An odd combination but either Joe was swiping Hartley and tipped his hat at the end or else Hartley himself drew most if not all of the non-alien bits. 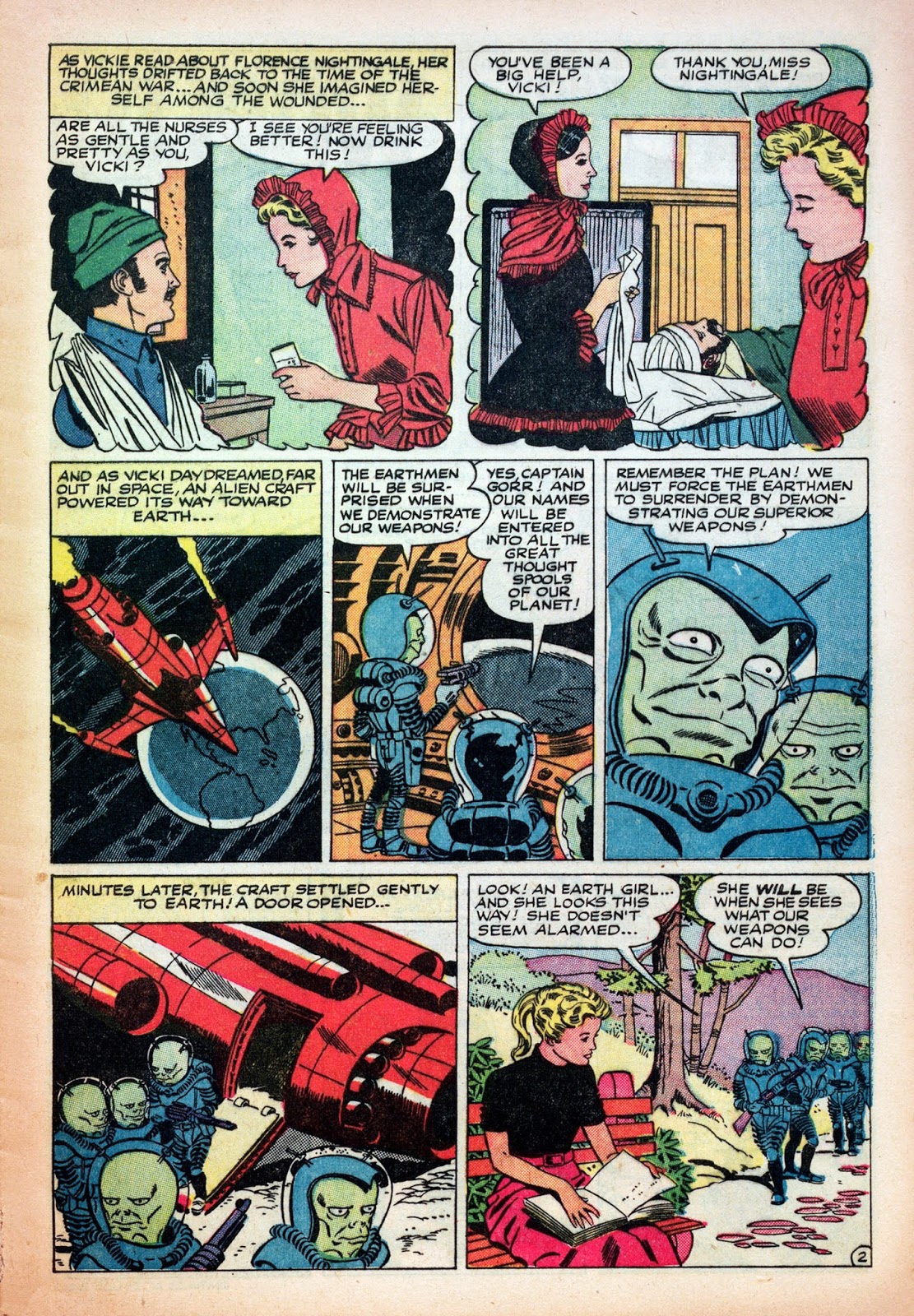 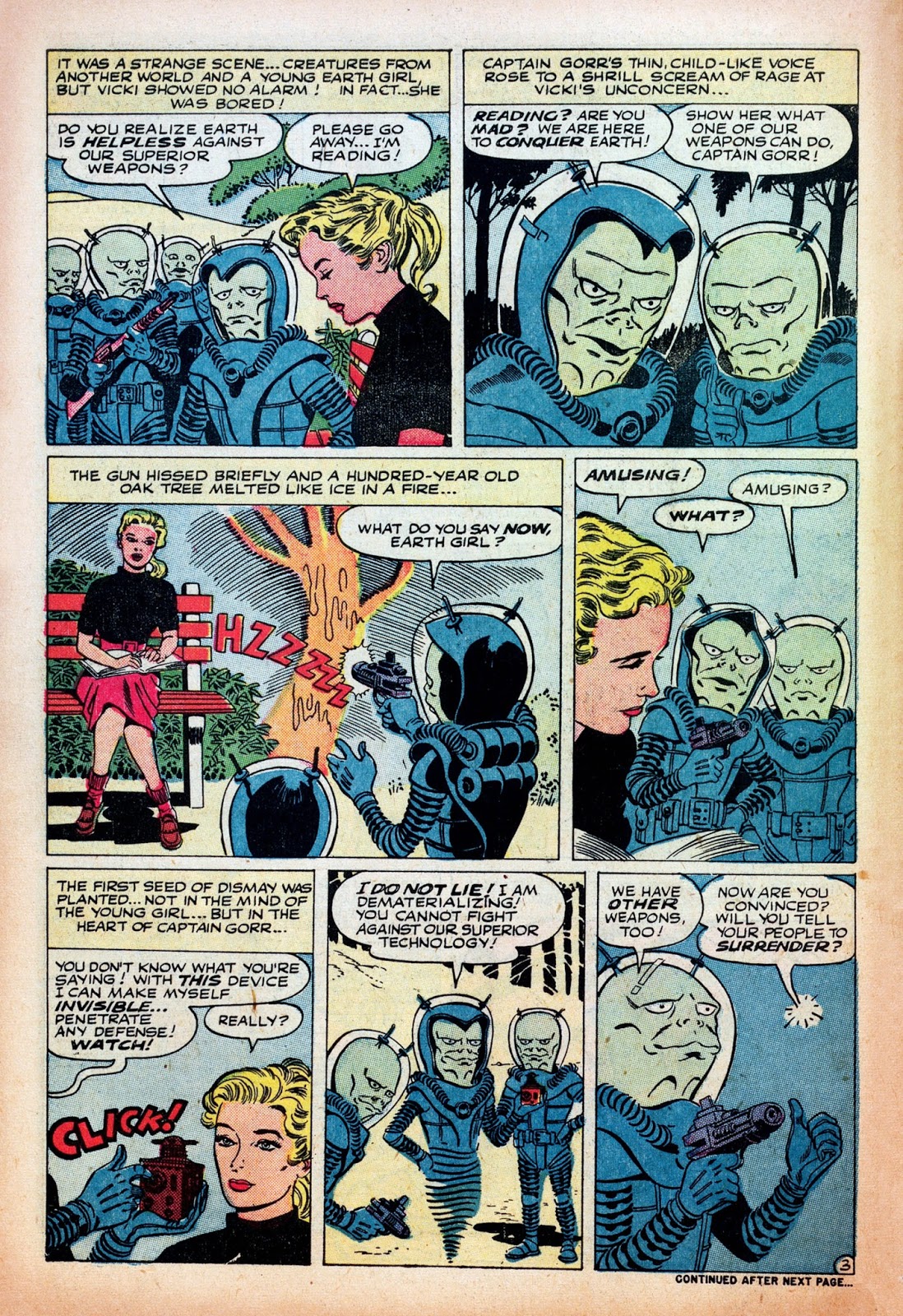 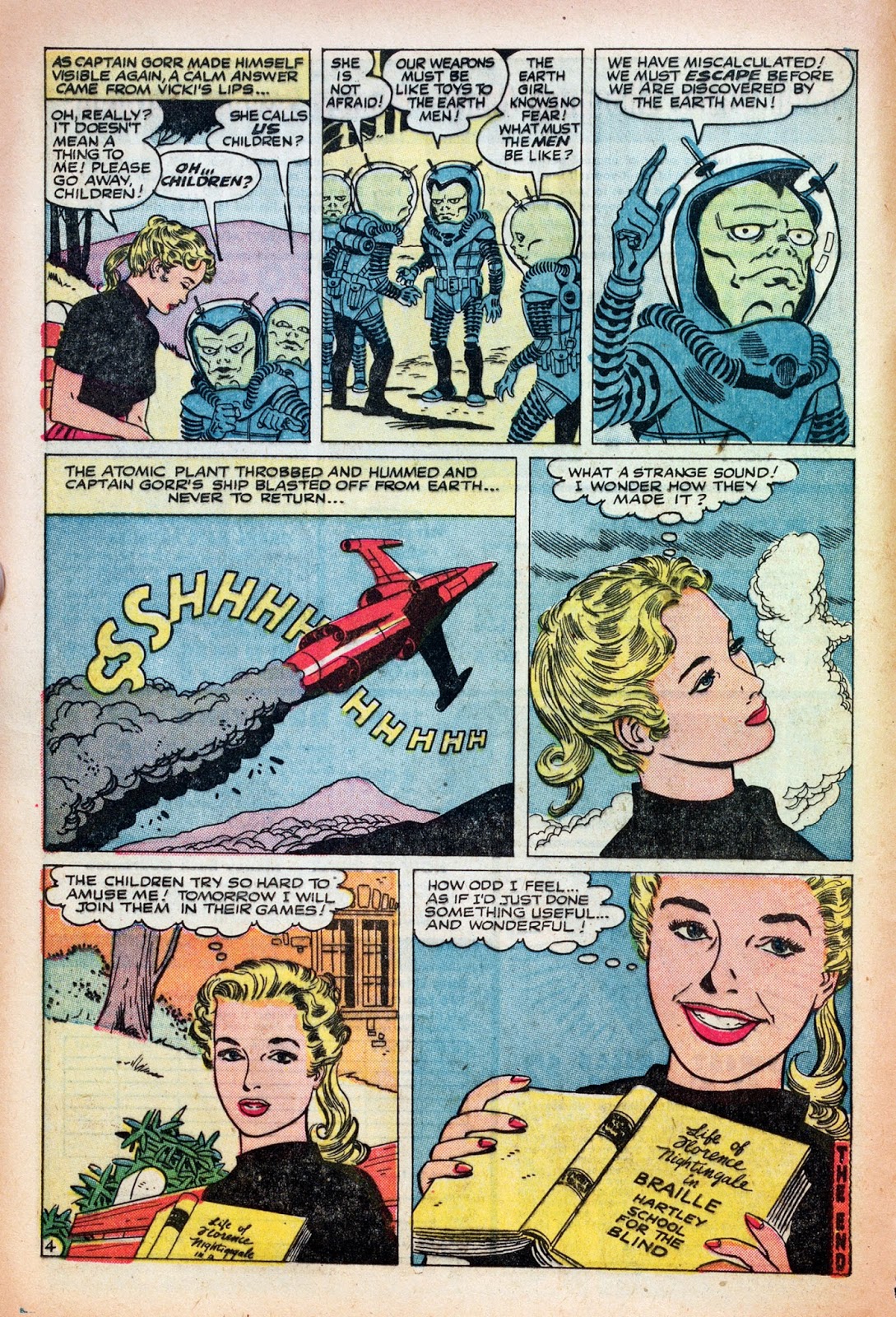 The institution is called “Hartley School” in the first word balloon of 1:1 and in the narrative pane of 1:3. There are various possibilities, but let me suggest that Orlando saw the name, and decided on an homage, ot just recruited Hartley himself to draw the girl.

The ear in 4:5 is very wrong. I'm not sufficiently familiar with Hartley or with Orlando to make an inference from that error, but it might help identify the artist.

The cover of the book seems not to have any Braille lettering on it.

Totally unrelated but you just reminded me. When I worked at the Public Library, we had a drive-up book drop-off which had a braille sign, driver height, identifying it as such. Always seemed odd to us.

Probably a consequence of broadly written guidelines or regulations; but, y'know, every now and then a visually impaired person may have found his or her way to that sign.