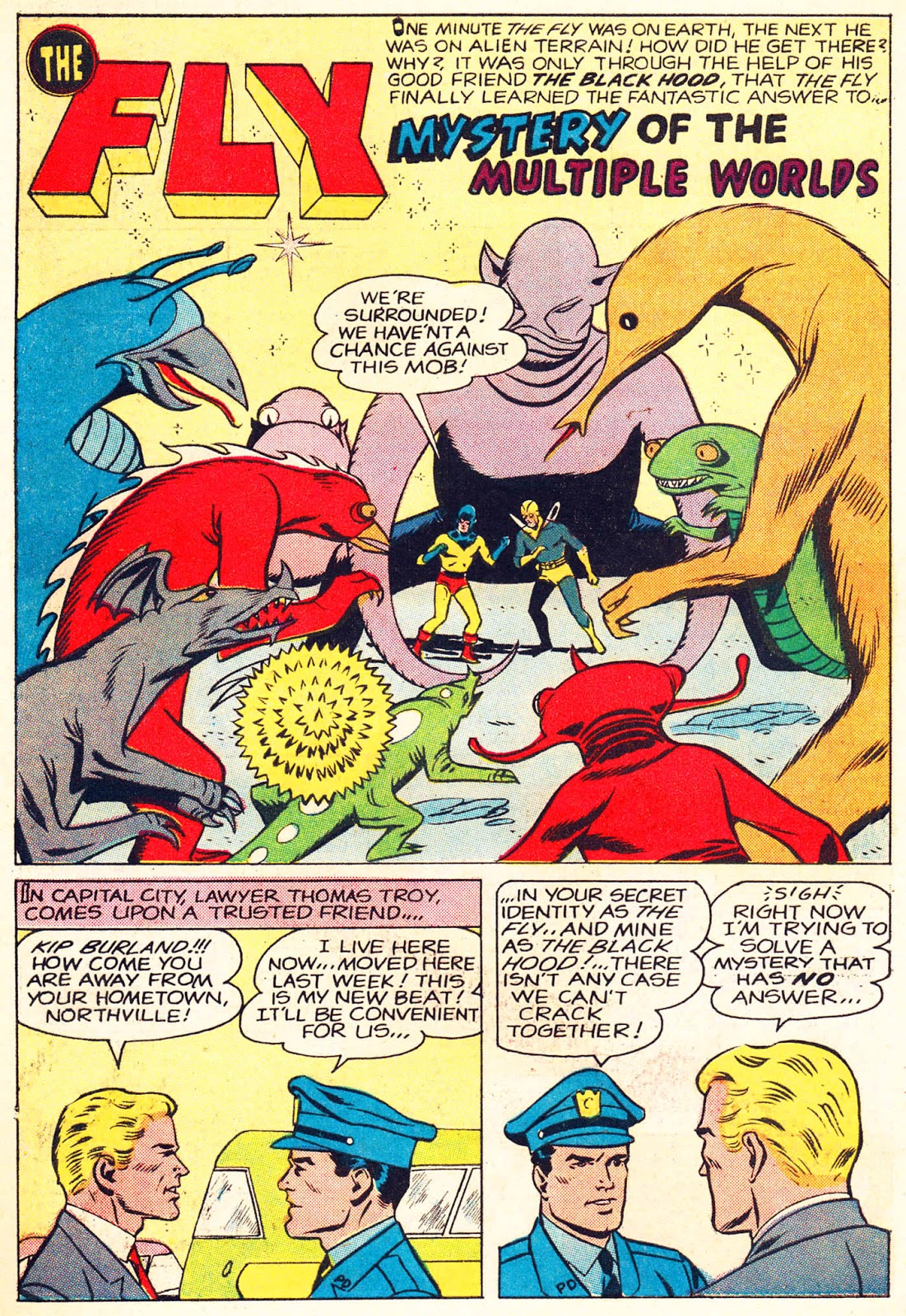 Between the MLJ era and the Mighty Comics era, there exist a number of little-known superhero stories from Archie that appeared as backups in PEP and, as here, LAUGH COMICS. This one reintroduces one of the company's signature heroes into the newer continuity. Later on he would develop Hawkeye's annoying 1960s personality. Here, he's pretty straight-laced as in the old days. 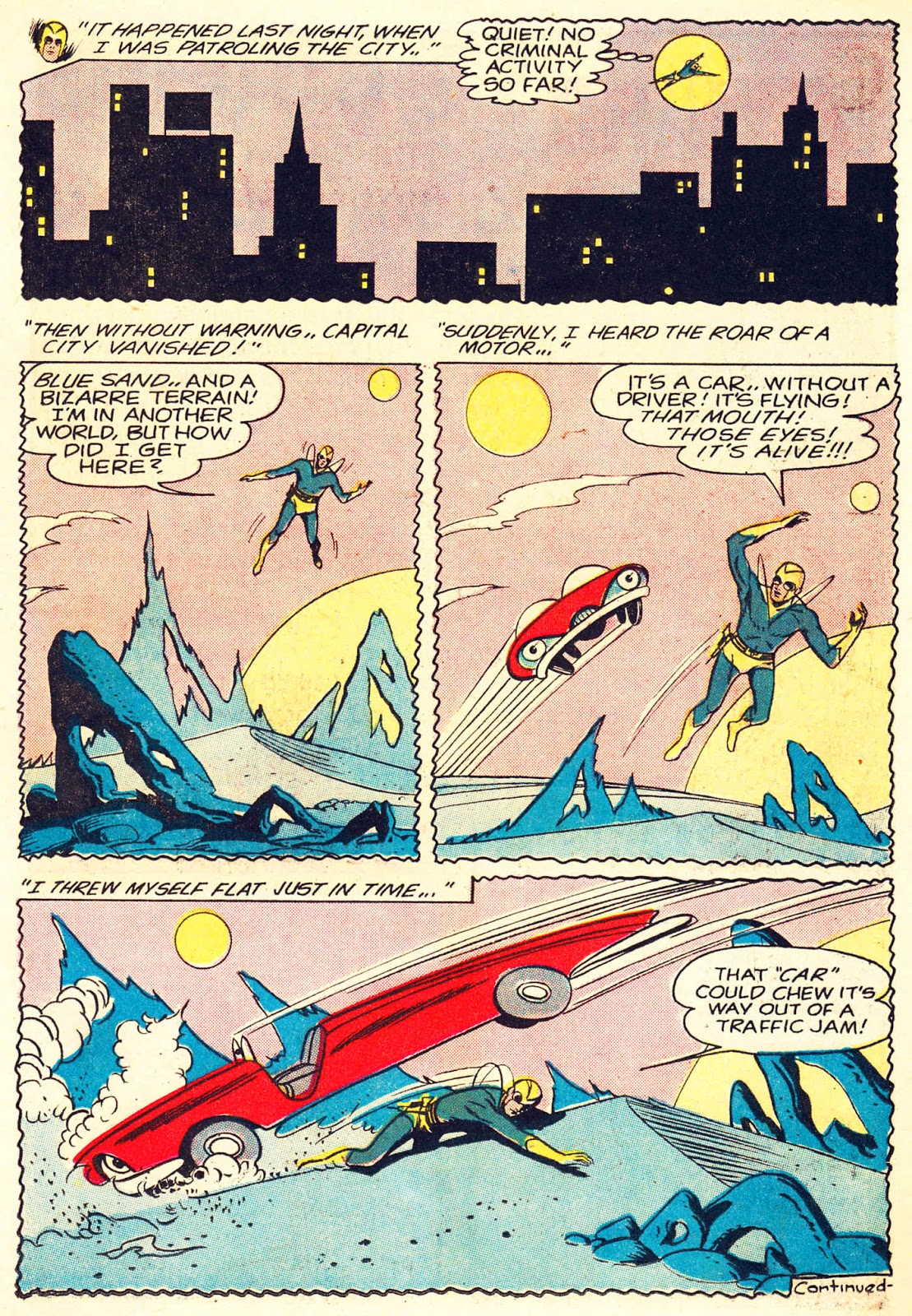 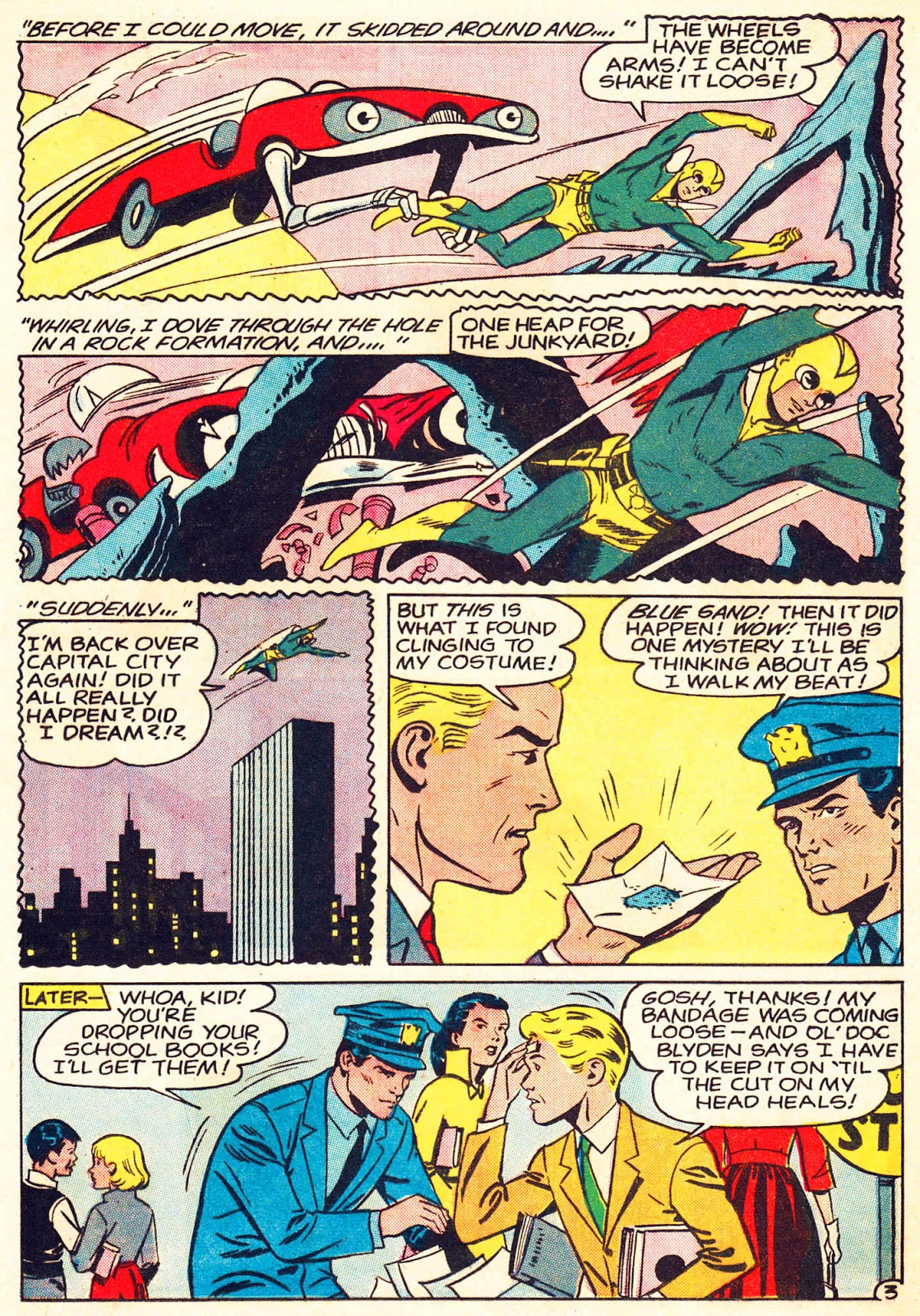 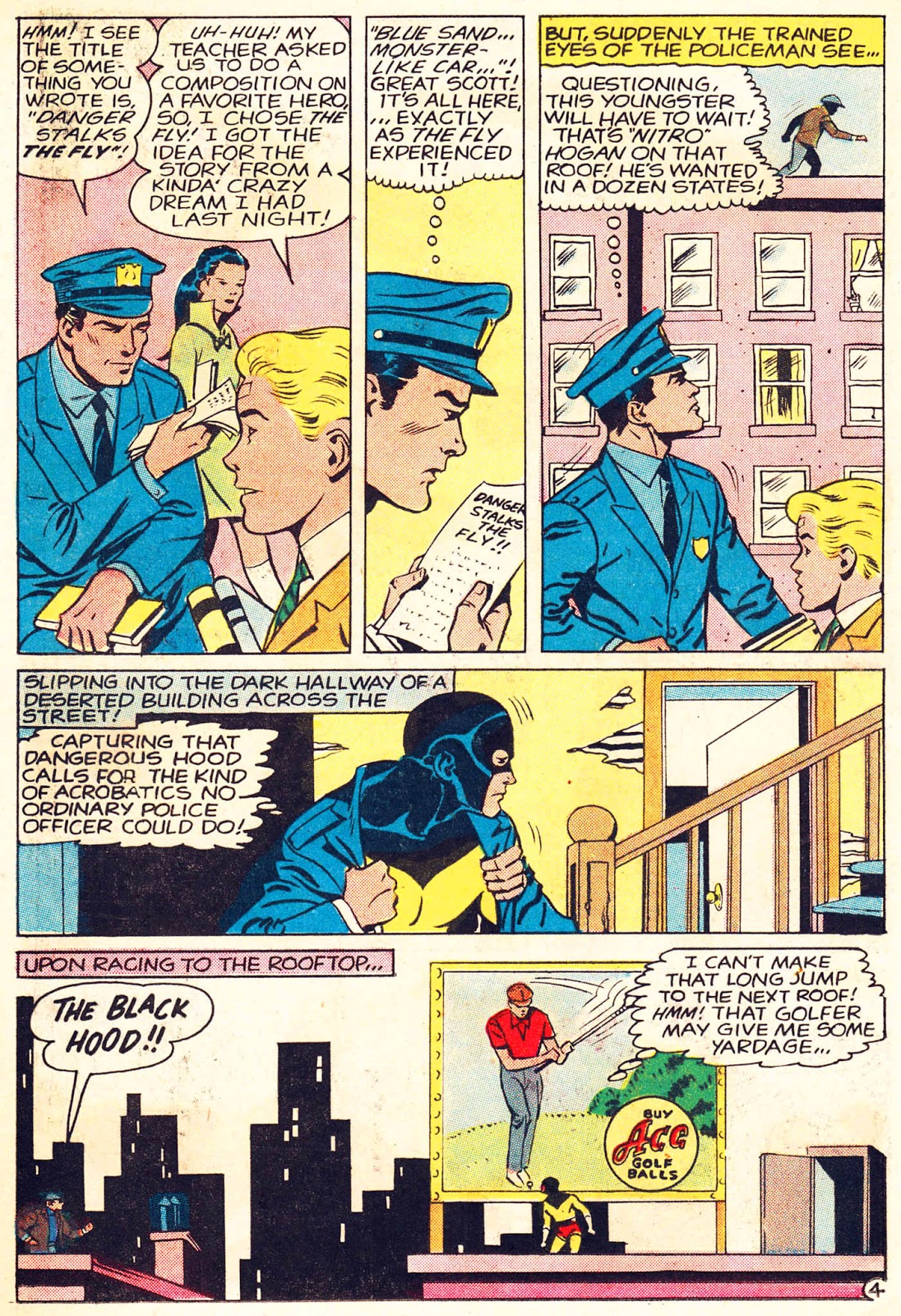 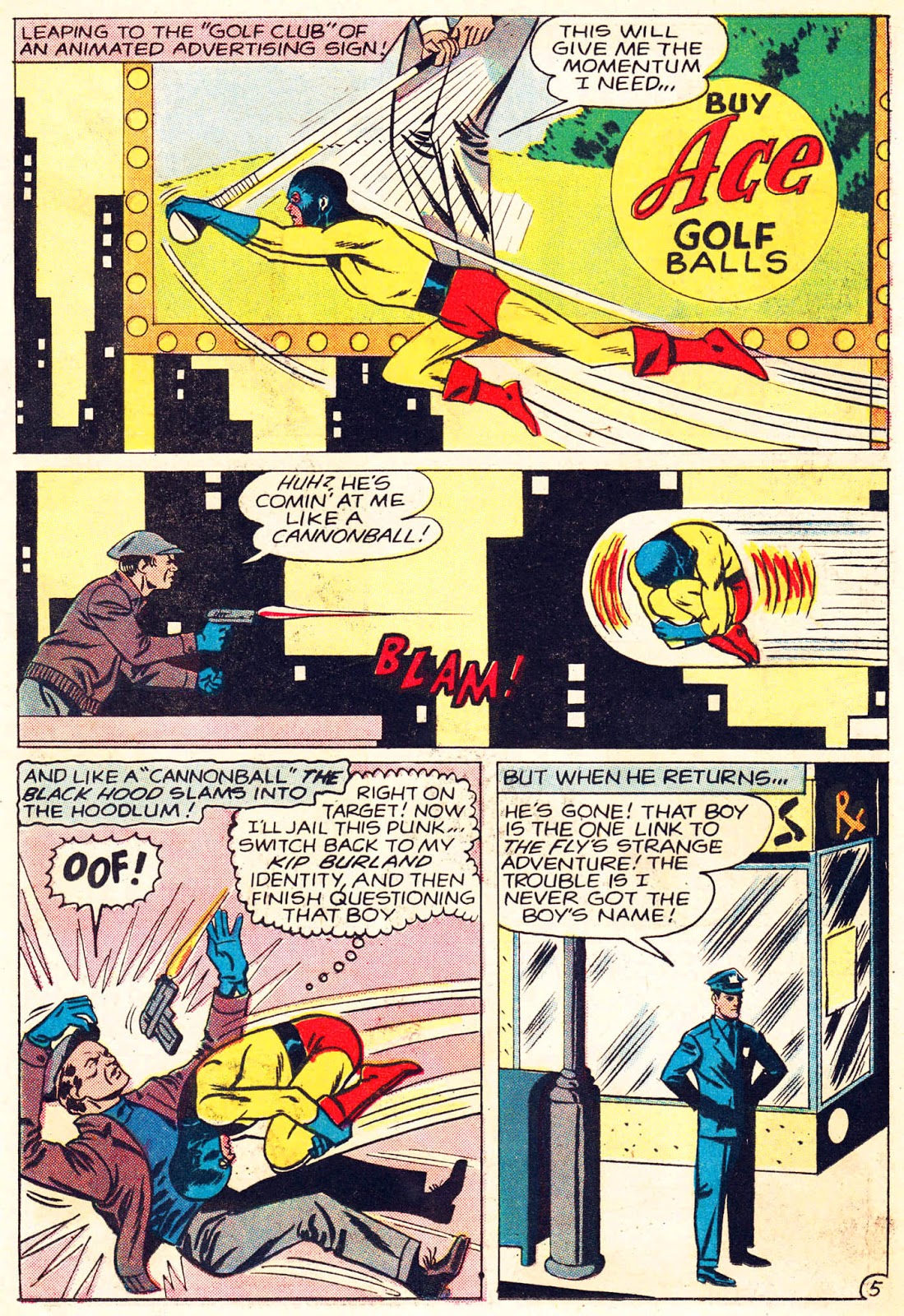 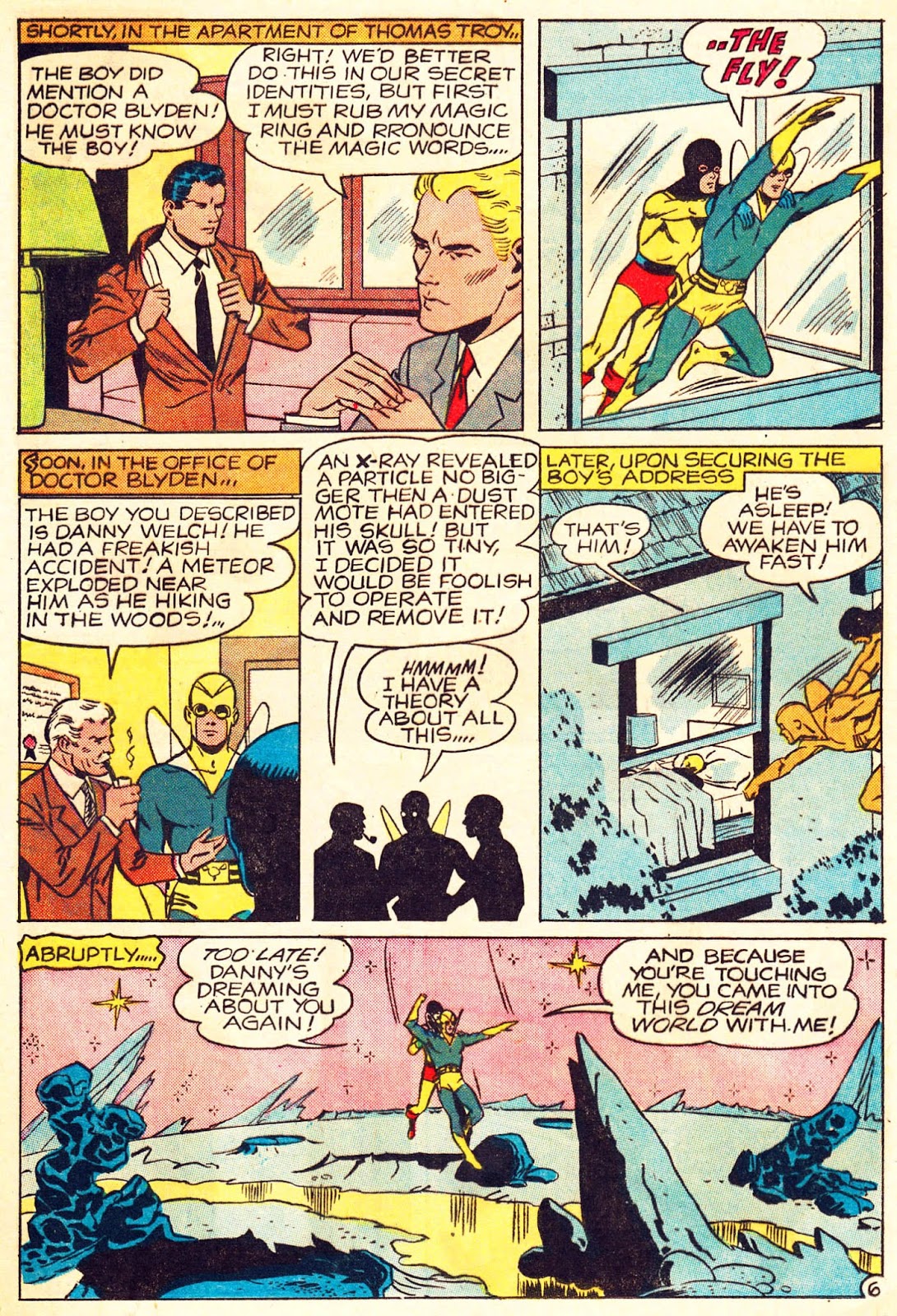 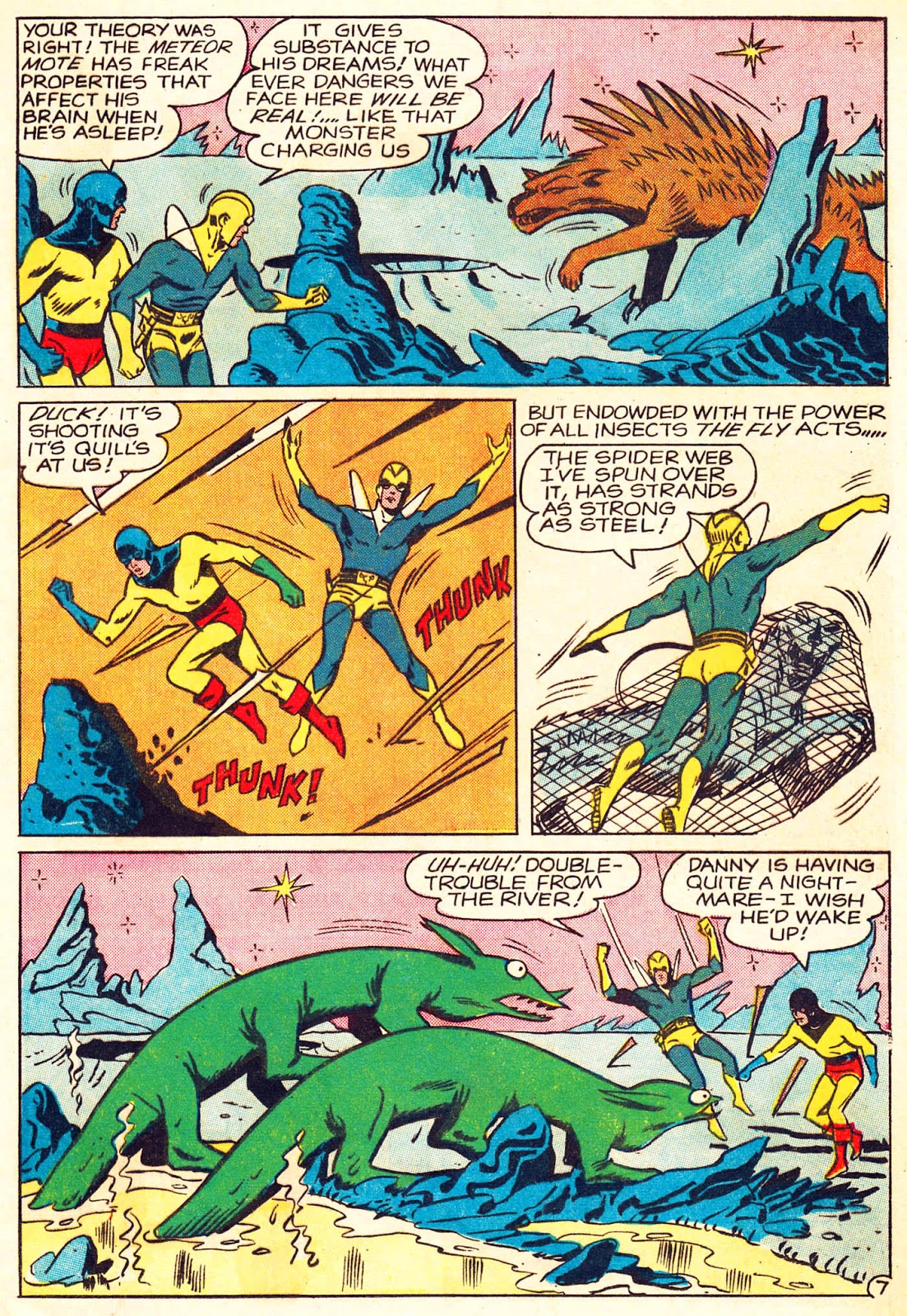 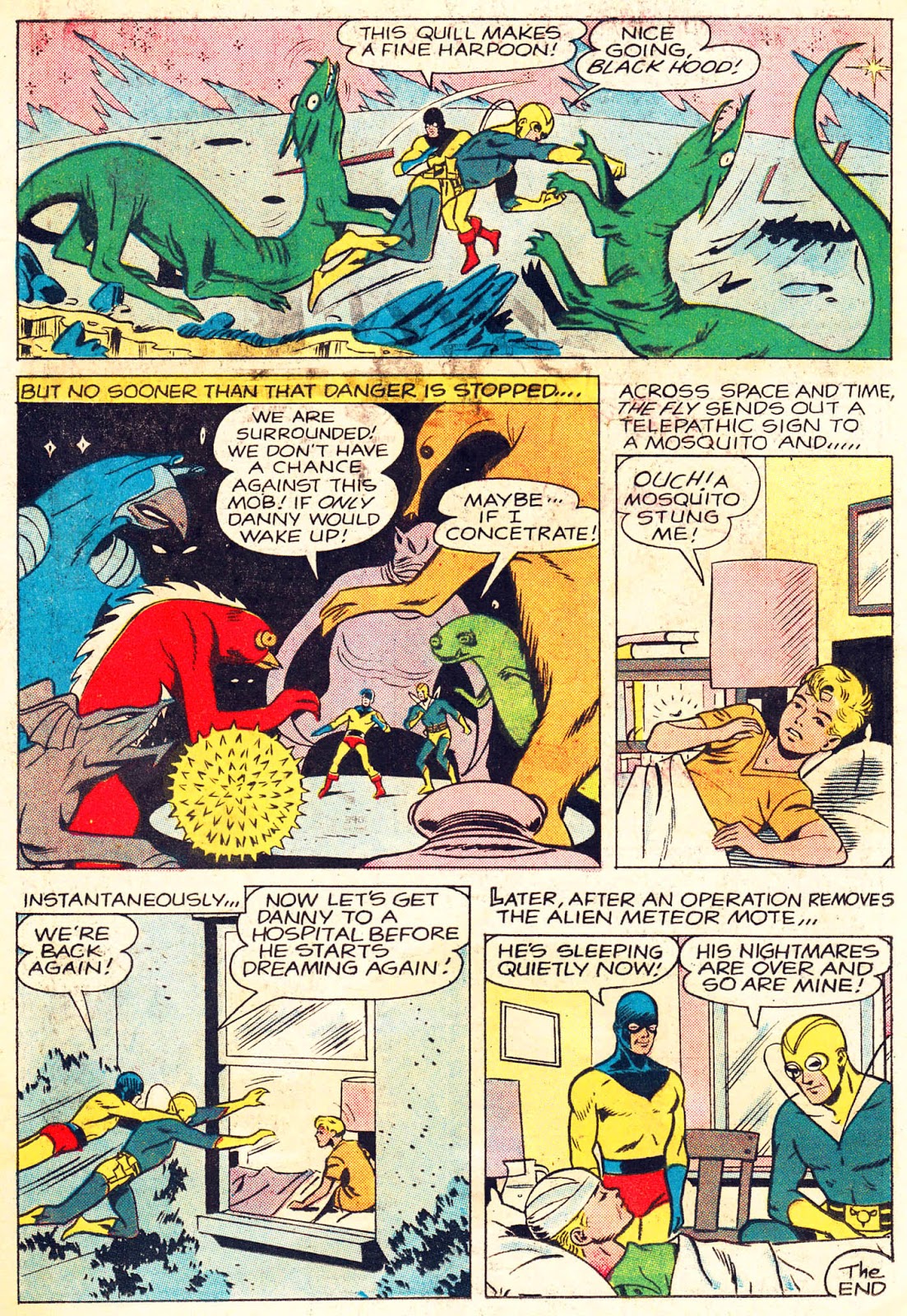 Thanks for the good Archie story. I love these guys, this was the era when they were not obnoxious as the ridiculous campier style of the mid 60s. Black Hood was the first or one of the first to wear the colors and costume that makes him look like the original Atom. He had it years before they put the Atom in that kind of costume. I note here that they colored his briefs red maybe to distinguish him from the others of that ilk. In the Golden age there were about 10 heroes who had that same costume, including DC's Sandman, and oddly enough the DC Tarantula, (it's totally un-spider-like) Holy Oak's The Hood. Others.

With the red trunks and boots, Black Hood is essentially half Sandman (albeit with blue, not purple) and half Sandy, and the clash looks absolutely terrible.