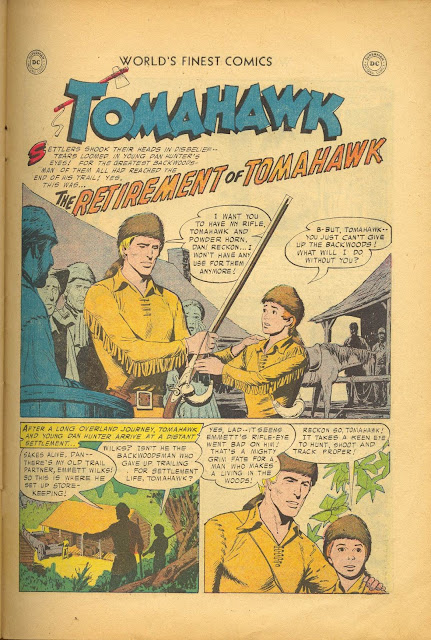 I was never a big fan of the long-running TOMAHAWK strip but I have been a big Nick Cardy fan for my entire comic collecting life. Nick passed away last evening, November 3rd. He started out as a passable artist in the early forties, had developed to this impressive level by the late fifties. got even better in the sixties and by the seventies was DC's most prolific cover artist. His AQUAMAN and TEEN TITANS were early favorites of mine.
R.I.P. 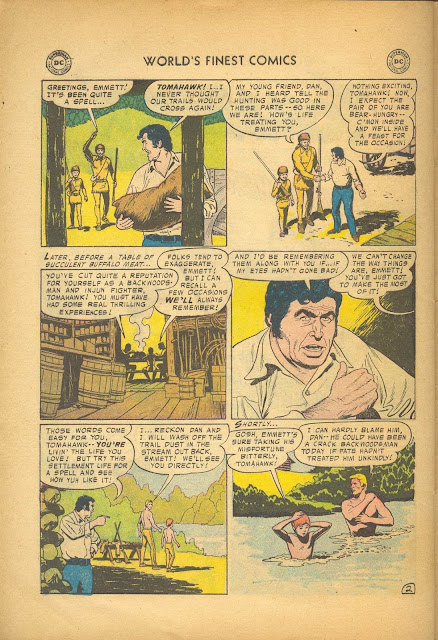 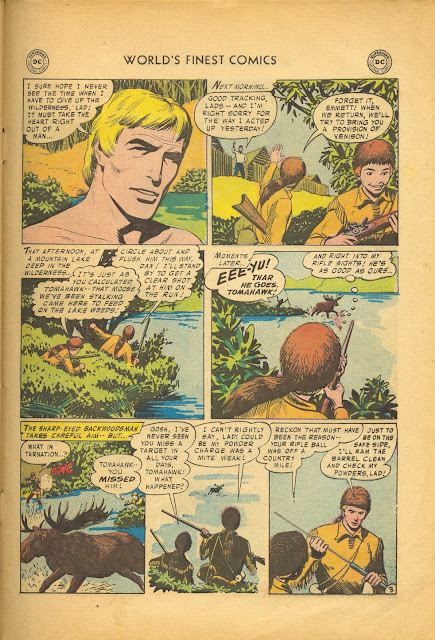 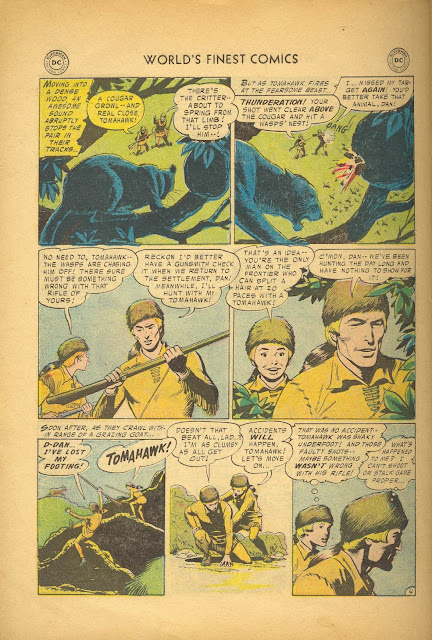 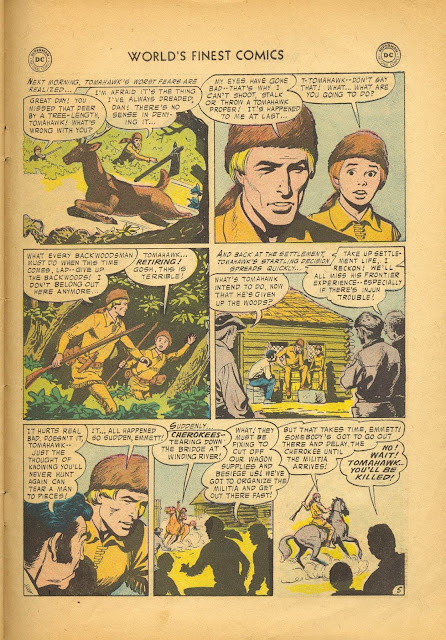 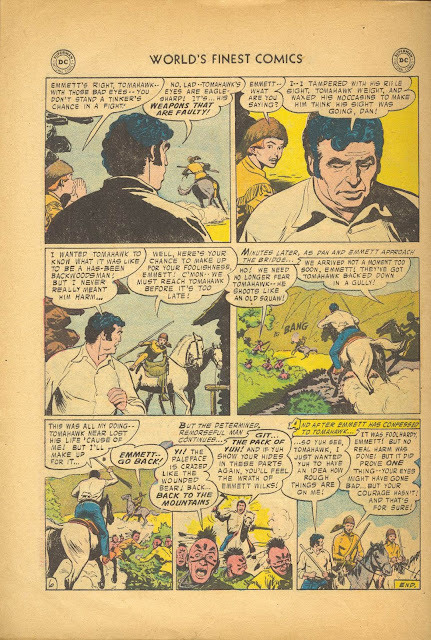 Tomahawk was a big favorite of mine and my brother's when we were five. We lived in Utah a little store across the street with the old metal spinner. They always had loads of Tomahawk. Then we moved back to Dallas (my Dad was tool designer working on the minute man for 18 months). We never found any Tomahawk in Dallas. That was replaced anyway. My tastes changed form revolutionary war stuff to Super boy and Batman.

Coincidentally, Pappy has also posted a Tomahawk story at his blog today.