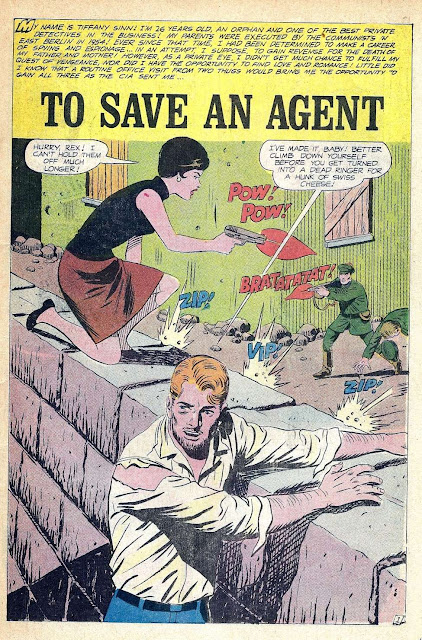 A while back, we ran an awesome Jim Aparo episode of TIFFANY SINN. That was the character's final appearance. Thanks to Scott Dutton on Facebook for pointing us toward this earlier--if nowhere near as stylishly cool--adventure from late '66. Written and created by Gary Friedrich, this installment seems to be by Charlton's go-to team of Charles Nicholas and Vince Alascia. 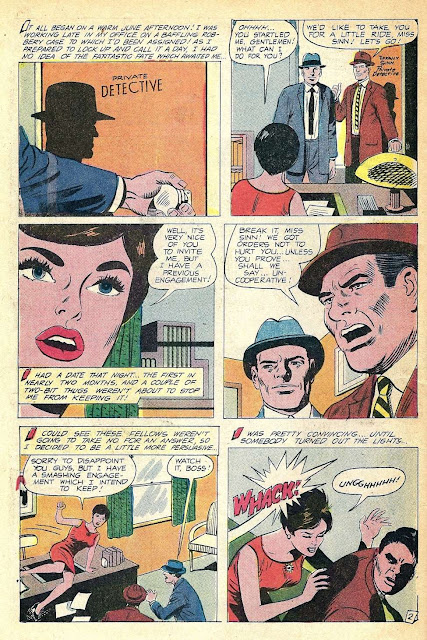 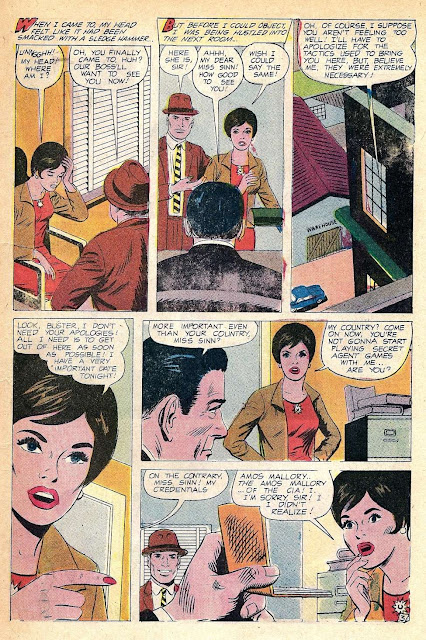 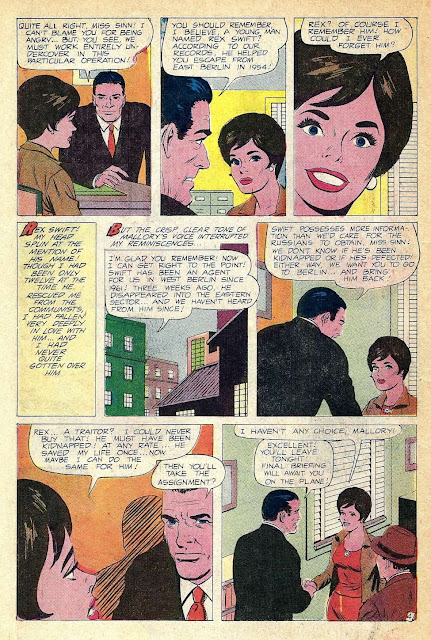 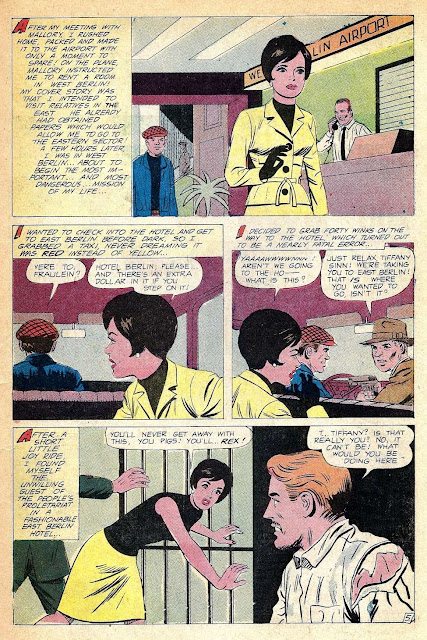 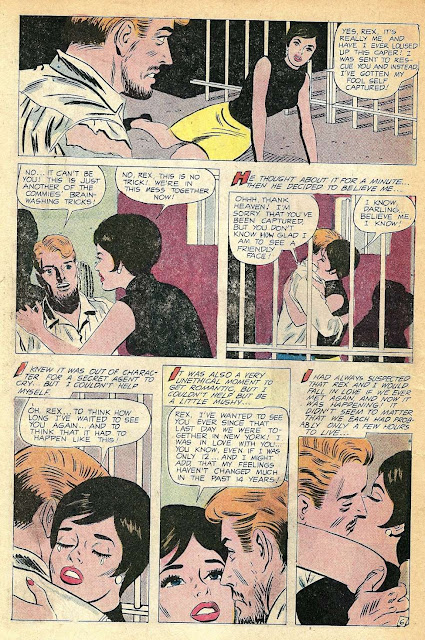 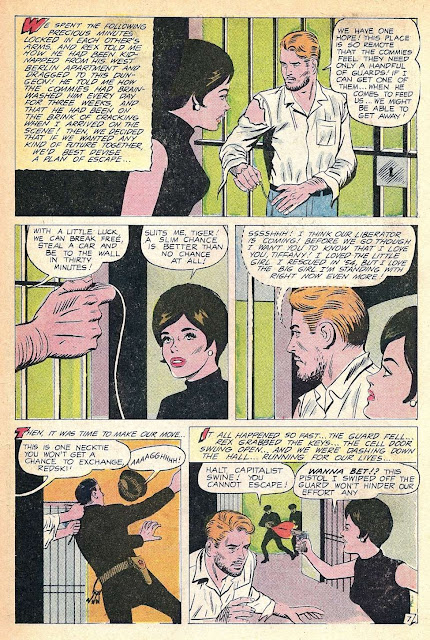 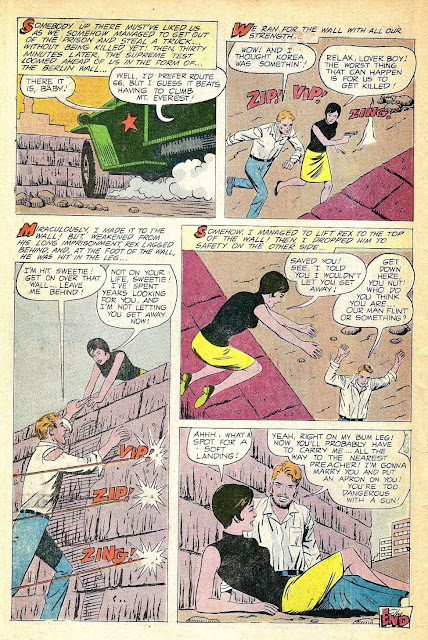 That artwork is for sure by Charles Nicholas, but the inking looks more like the work of Sam Glanzman to me. That's not a combo I'm aware worked together, but it sure gives me that impression.