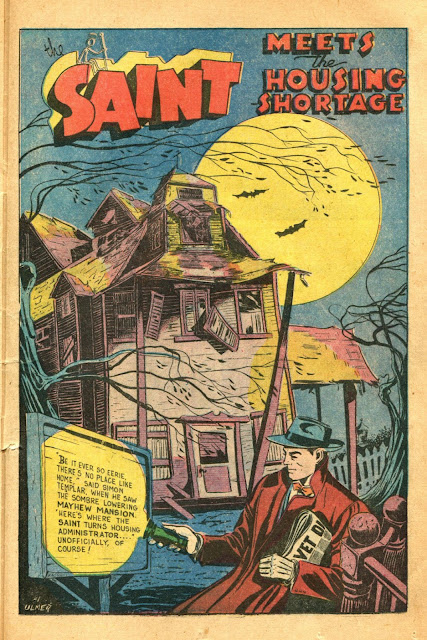 "Simon Templar," see? "ST." Same initials as me. You'd think I would have realized long before now that "ST" is the abbreviation for "Saint." Thus when he signed hs initials to something, Simon Templar became known as "The saint." Only took me 45 years to figure that out! Yeesh! Some good mystery novels, great B movies, a fun TV series and later features and revivals but people tend to forget the comics such as the newspaper strip drawn by former Eisner assistant John Spranger and comic books such as this one by Allen Ulmer, itself with an Eisnereque splash page. 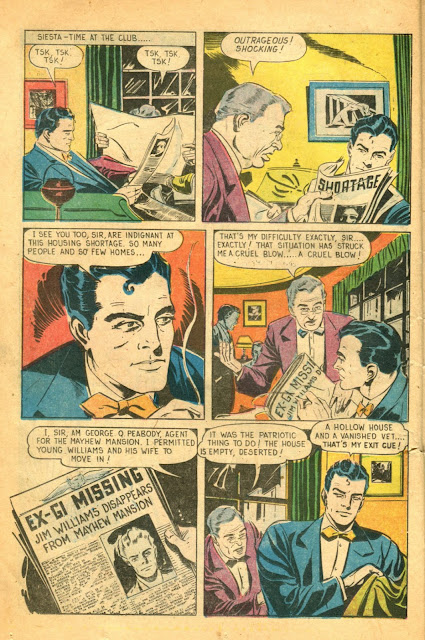 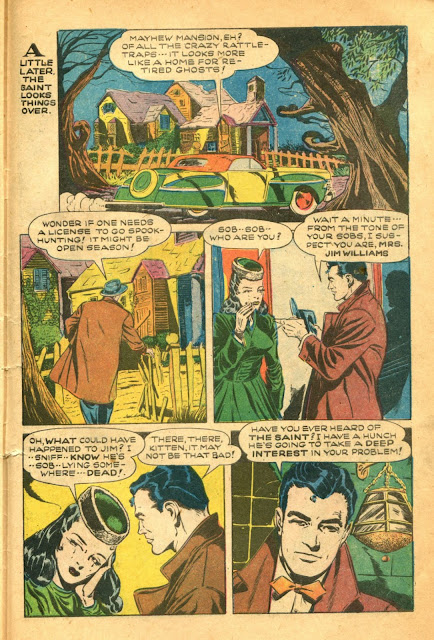 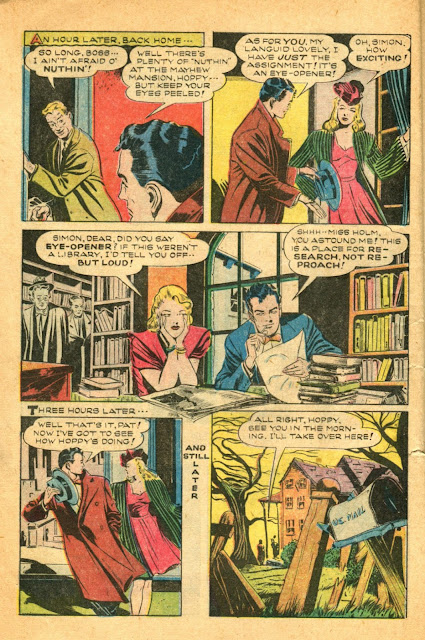 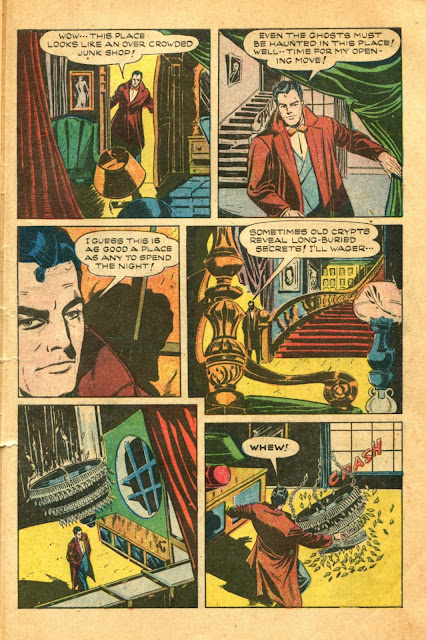 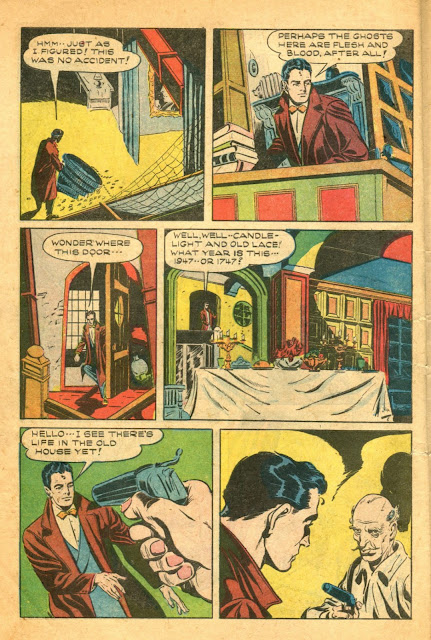 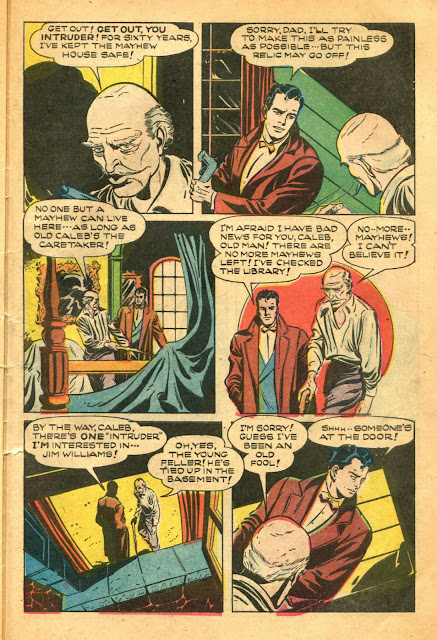 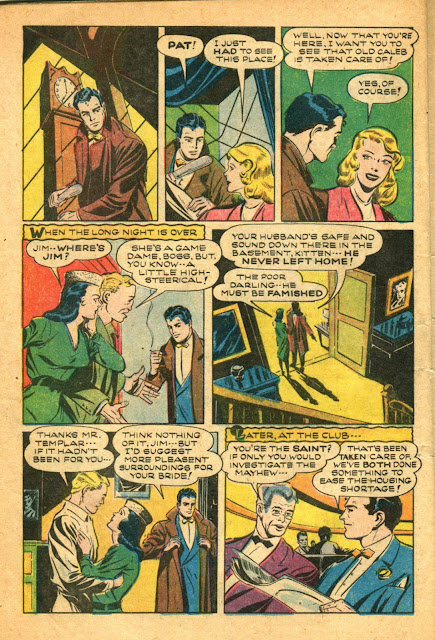