The Ghost of Flanders-George Brenner-1942 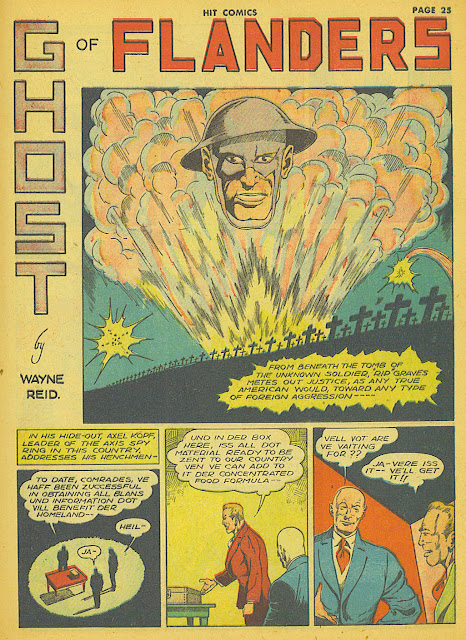 Here's a guy who looks like he's actually dressed for fighting. Well, partly anyway. The uniquely named Ghost of Flanders appeared in Quality's HIT COMICS. According to Internet sources, artist George Brenner often worked under the "Wayne Reid" pen name but was actually an Editor at Quality. His character, The Clock, is said to have inspired Will Eisner in creating The Spirit. 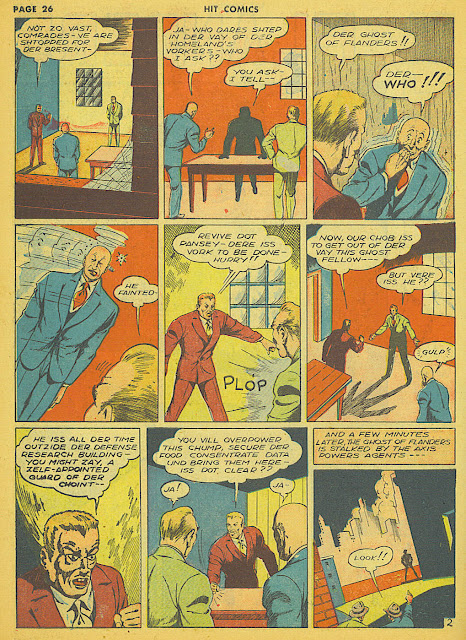 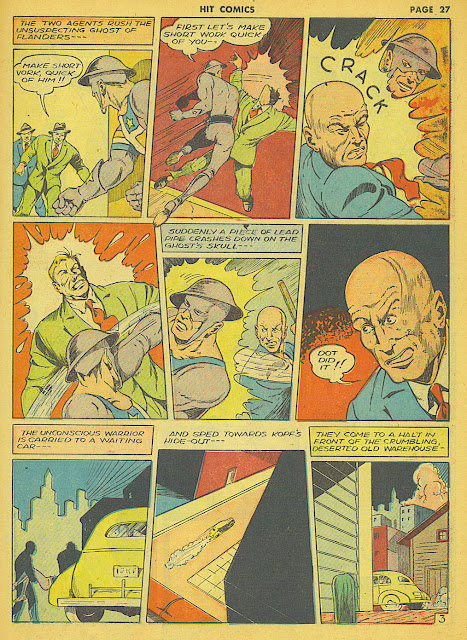 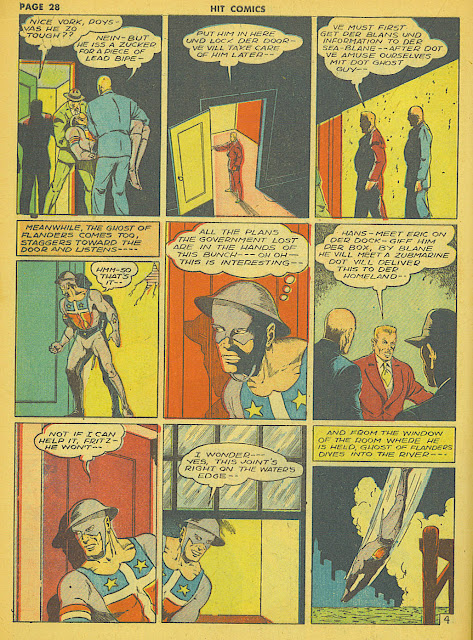 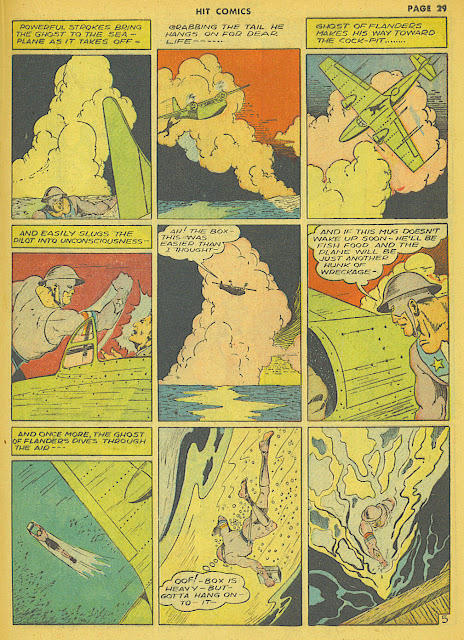 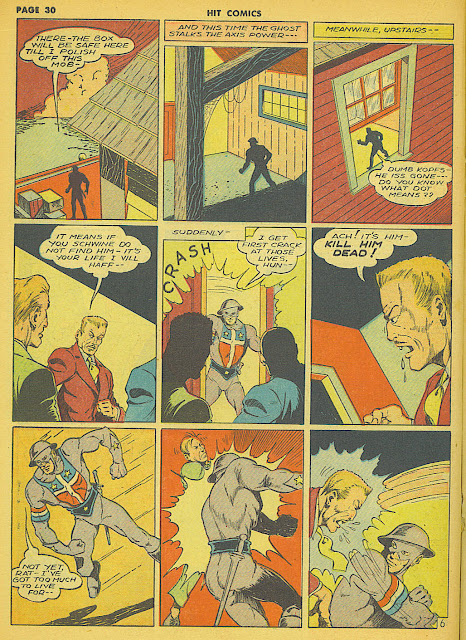 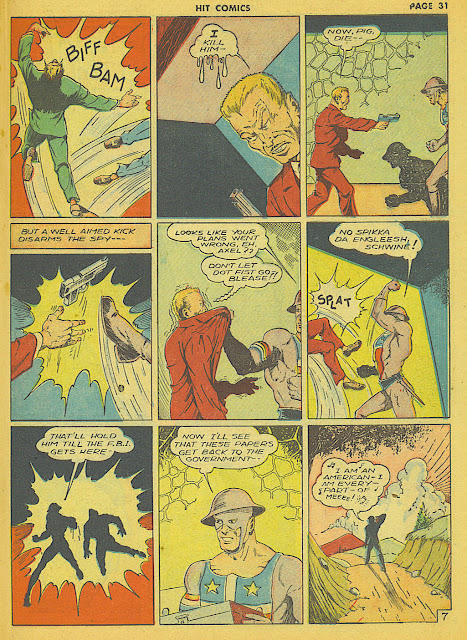