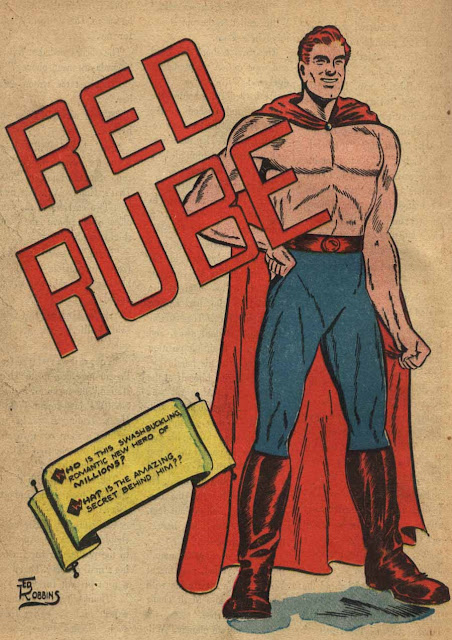 Probably the biggest of the MLJ heroes not revived in the sixties, Red Rube is, in a way, a shirtless variation on Captain Marvel. Rather than yell, "Shazam!," he has to yell, "Hey, Rube!"Art here is by Ed Robbins, perhaps better known for his violent Mike Hammer comic strip of a few years later. 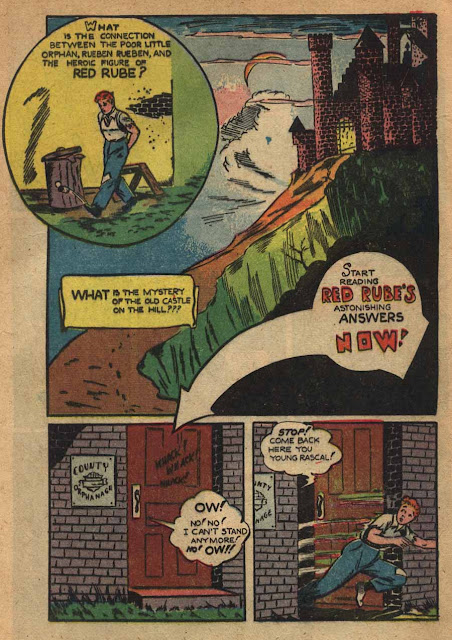 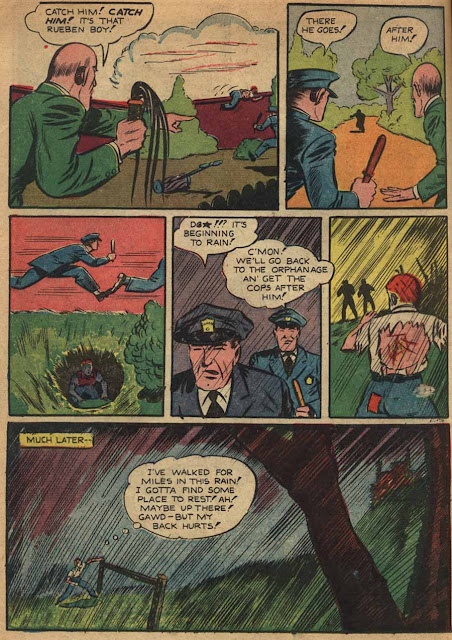 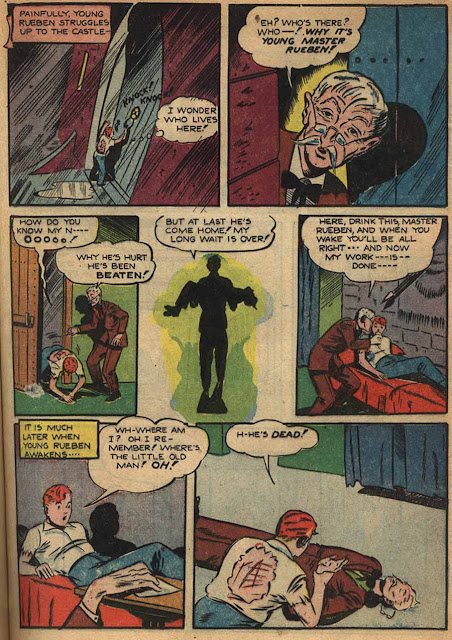 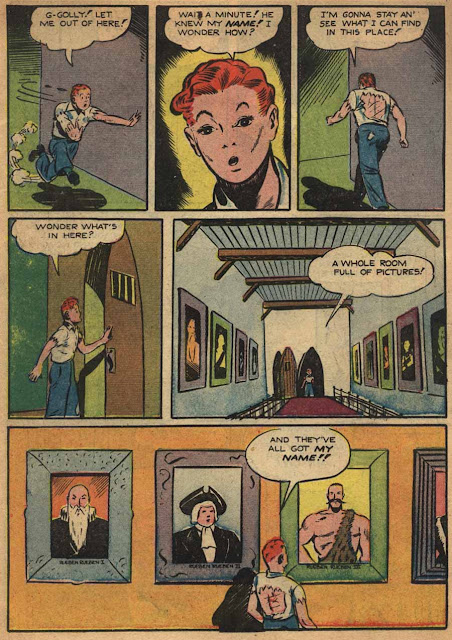 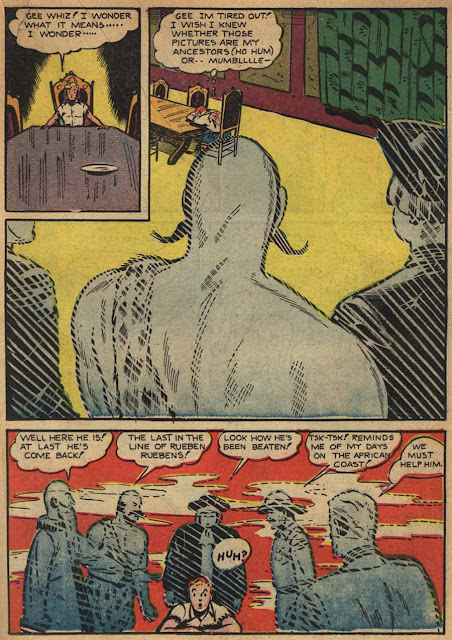 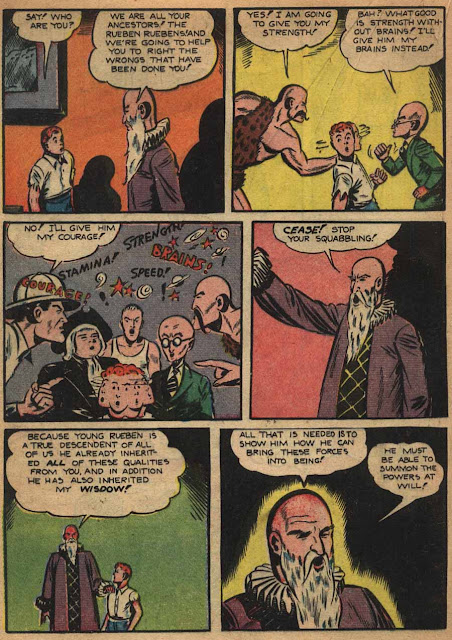 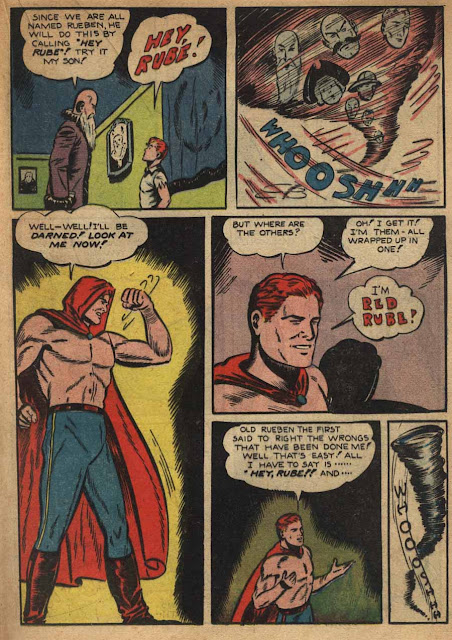 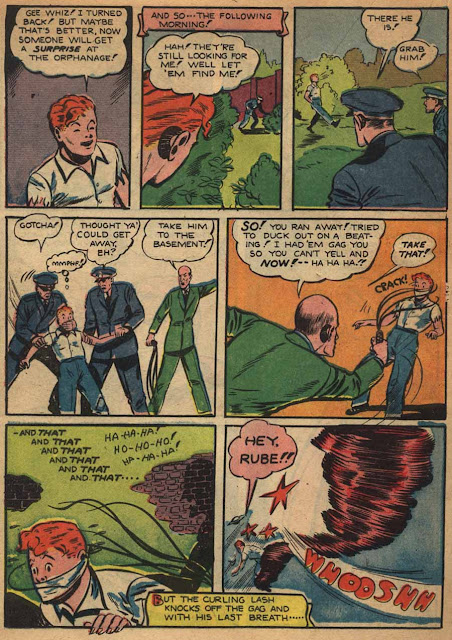 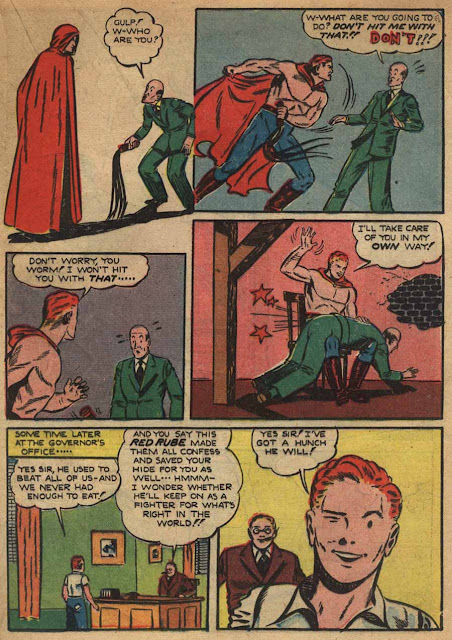 By the way, "Hey Rube" is the distress call of carnival workers.

entertaining, and where did he get the original idea of yelling HEY RUBE to call on his ancestors abilities. holy moly and shazam. wonder if DC launched any law suits against this creation like those they threw at captain marvel. thank you printing another one of the more lame comic heroes.

Given that while Red Rube was being published, Captain Marvel was the property of one of DC's rivals—Quality—no, of course they didn't. Rube was much more clearly inspired by the big Red Cheese than the Blue.

I actually thought that the use of the carnie battle cry was the triggering phrase was kind nifty.