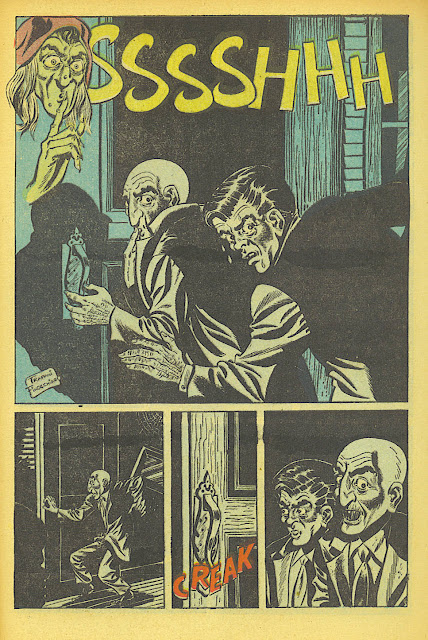 Here's kind of a fun one from the oft-villified Sal Trapani, along with one S. Finocchiaro. Trapani, Dick Giordano's brother-in-law and a major figure in the hobby of old-time radio collecting, is often accused of farming out his credited work to other, better (or at least faster) artists including Giordano and even Steve Ditko. One presumes that at this early stage in his career he was doing it himself and I pronounce it good! 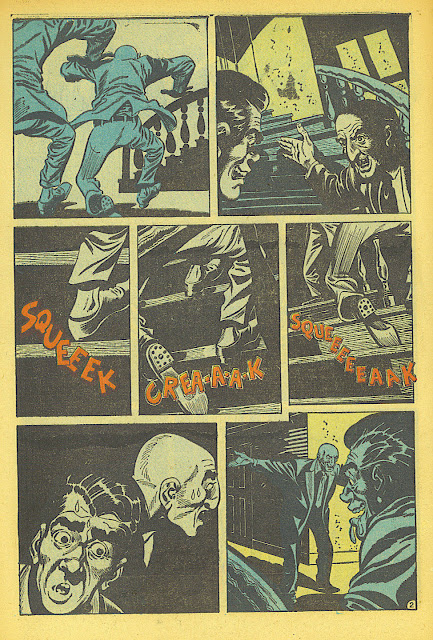 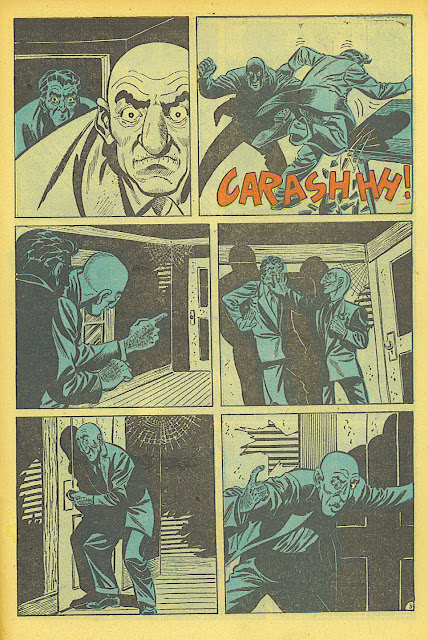 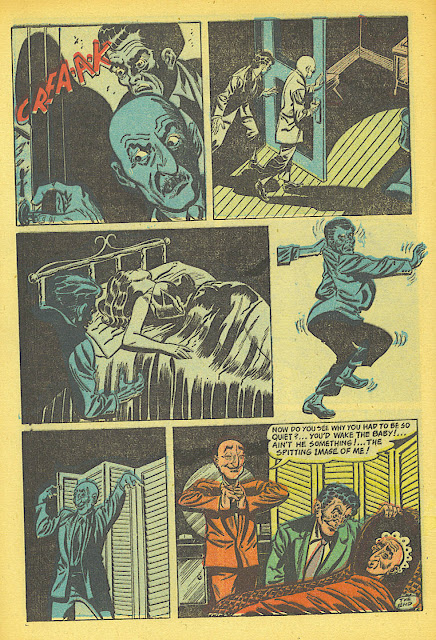