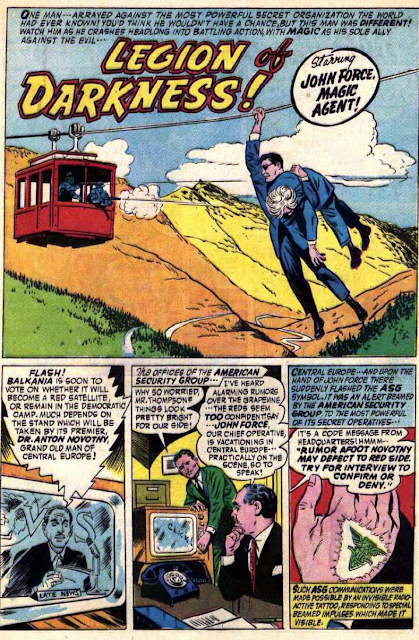 Here we have an interesting if wordy effort from Richard Hughes and his American Comics Group which was, in some circuitous route I don't understand, somehow connected, as was Prize Comics before it, with DC Comics. This short-lived character has become a trivia question over the years but, in a way, presaged the spy craze by a couple of years...and with magic thrown in to boot! 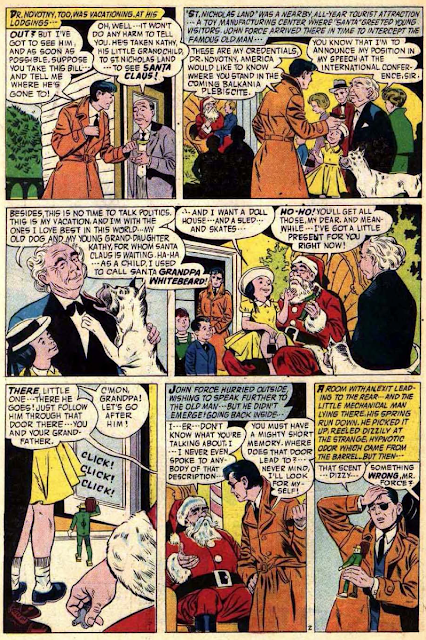 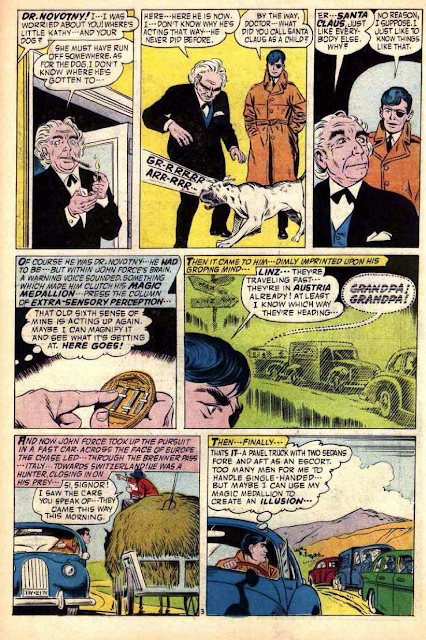 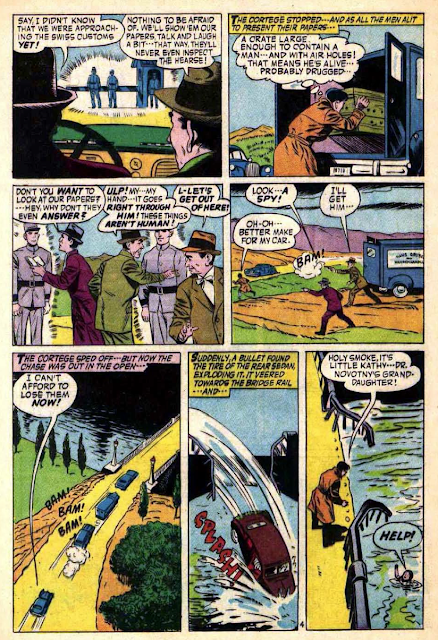 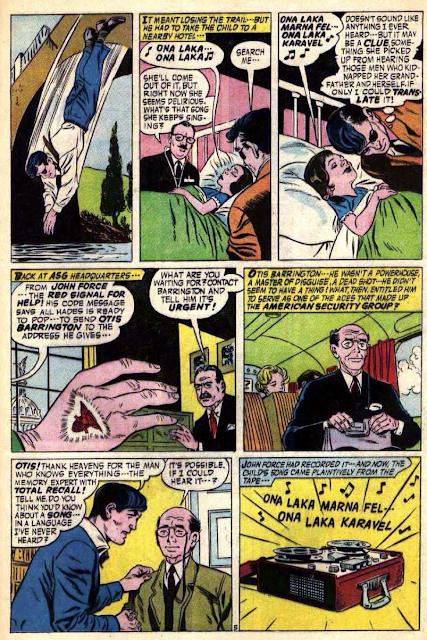 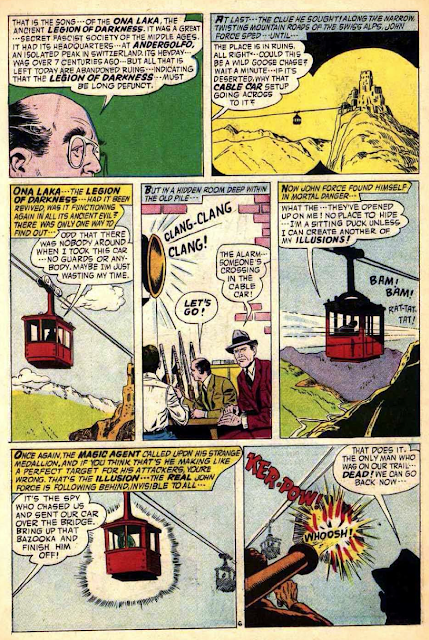 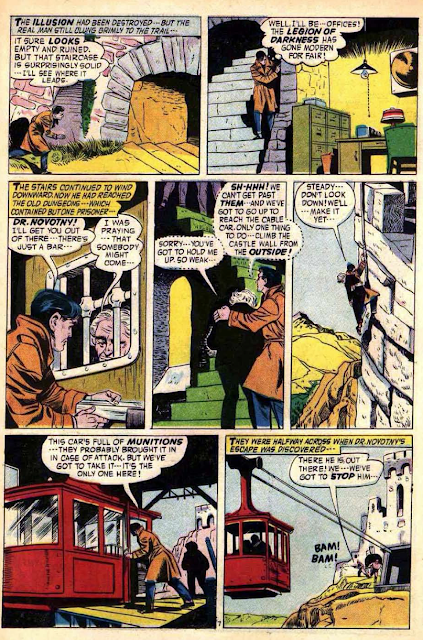 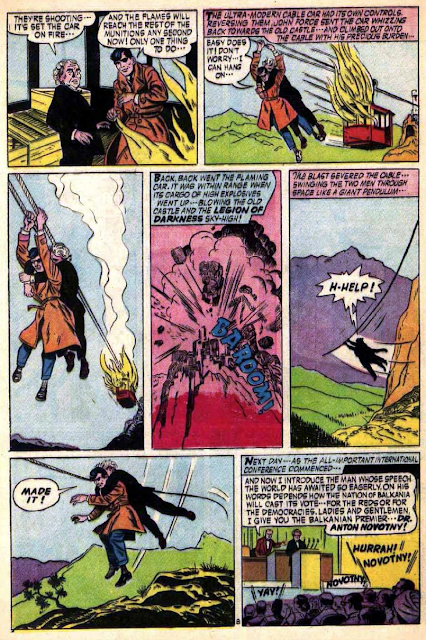 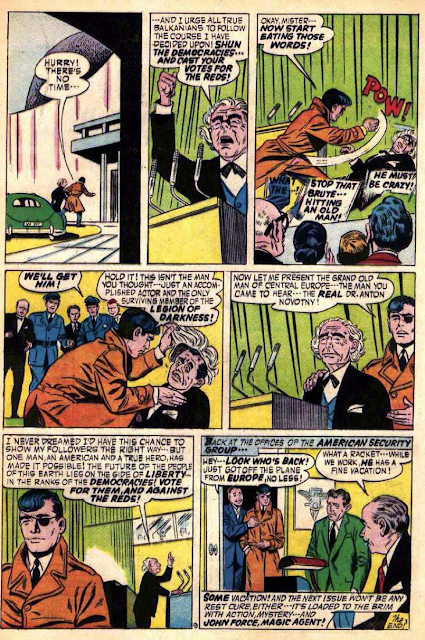 John Force may have been inspired by Fawcett's telepathic hero Radar, who worked as an "international policeman."

Dunno about trivia questions, but as I told Pappy at his blog, "John Force" makes me think of the drag racer of that name.

One wonders if those agents' hands didn't rot off after having those radioactive tattoos...