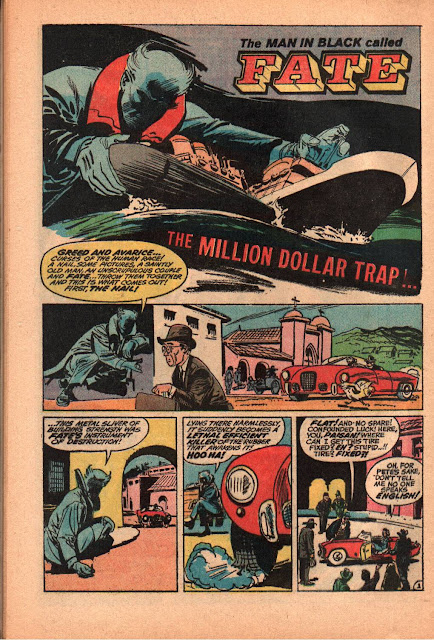 This guy was probably the closest thing Bob Powell had to a signature character, having worked on the strip in the 1950s and again in its mid-'60s one-shot revival. That said, THIS particular story, although credited to Powell at the GCD, doesn't scream Powell at me like most of his work does. Is it just late Powell looking a bit different? Perhaps with Jack Sparling inking? Or is it someone else? Joe Simon, maybe? 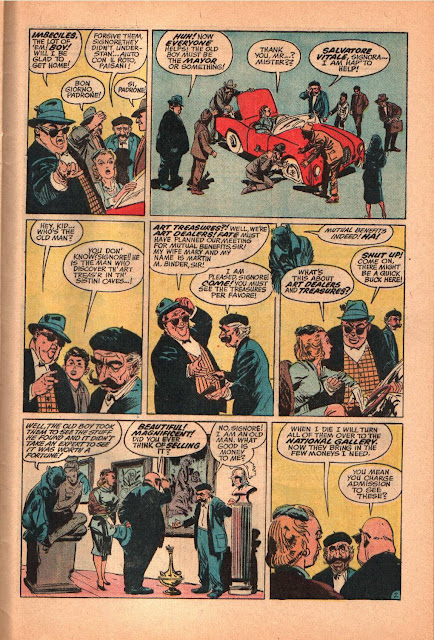 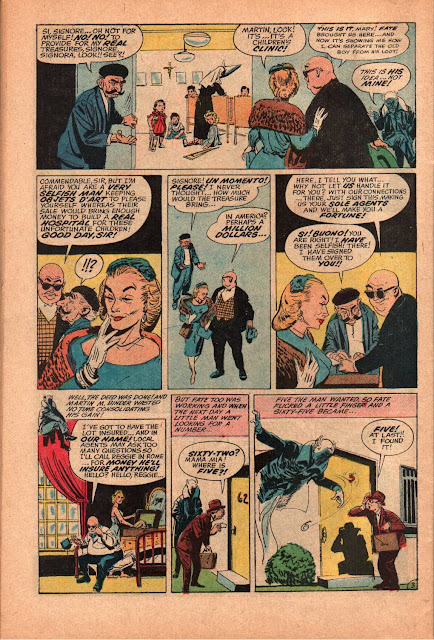 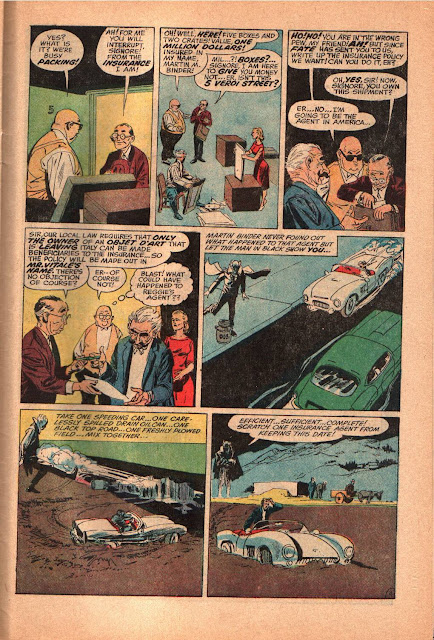 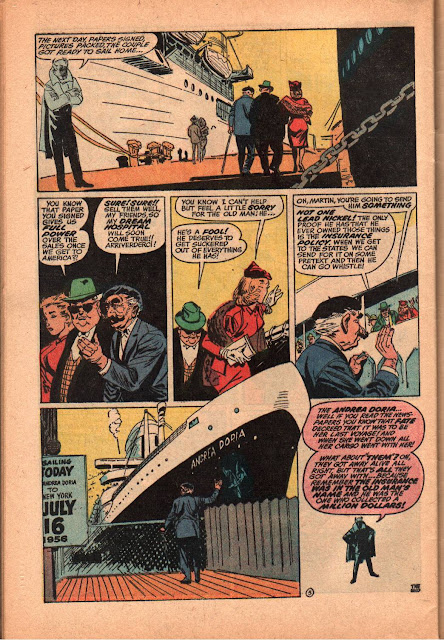 Maybe Powell was rushing it? There's not a lot of backgrounds in this. It's a tidy little story but it seems less fate and more like a low-rent Spectre story without the mayhem.