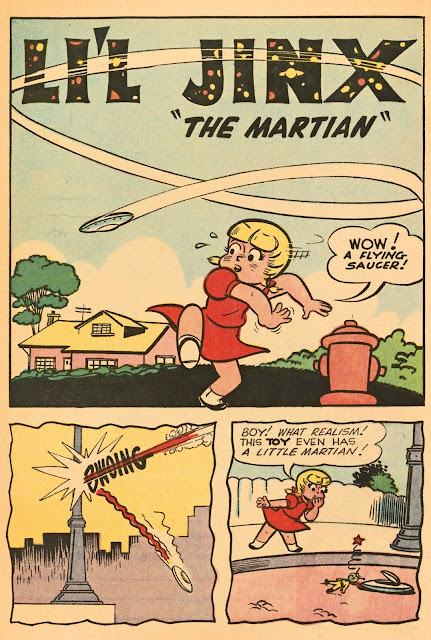 Many TV fans consider the 1965 arrival of the super powerful alien, the Great Gazoo, to be the point where the Flintstones jumped the shark. Here we see Jinx in what would appear to be a very similar situation, several years earlier. It looks as though the intent was to have her Martian "imaginary friend" hang around in future stories but as far as I can tell, he did not. Oddly, DC tried a similar thing with Jerry Lewis and a tiny genie and Bob Hope and a talking dog. 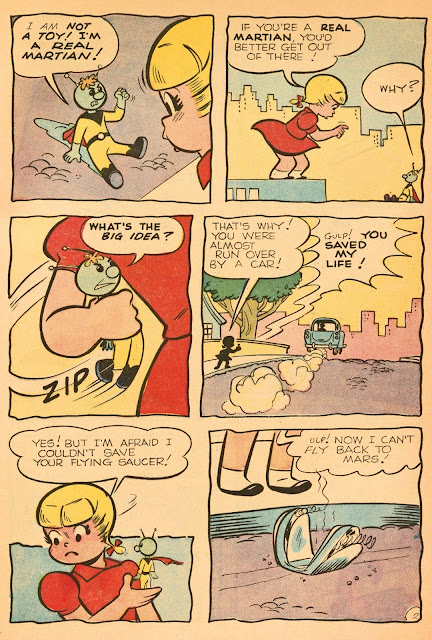 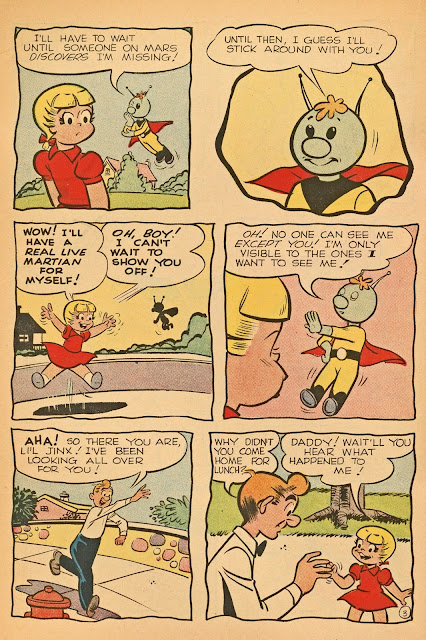 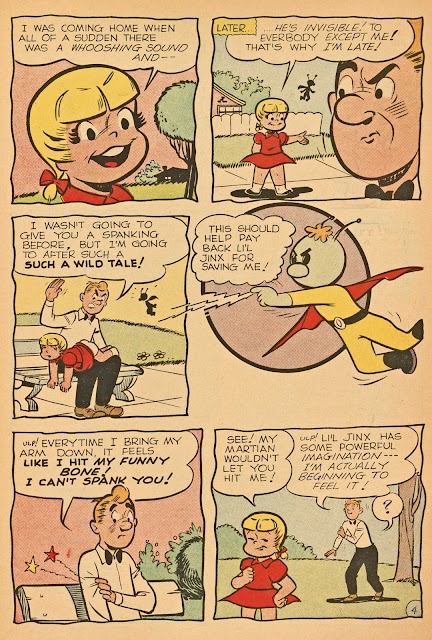 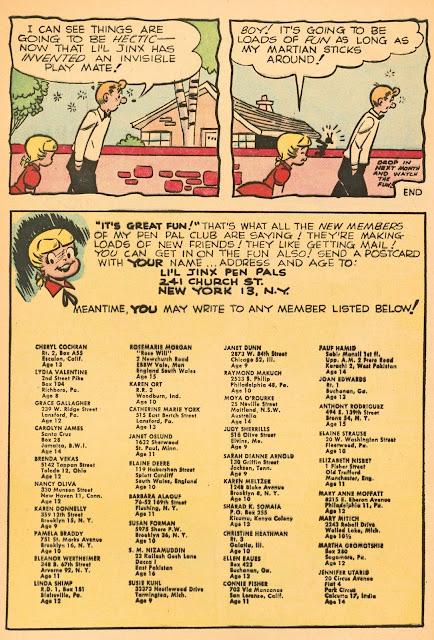 Sammi and the Little Men from Mars - from Tubby's solo stories/books - predate all the aforementioned, and they also managed to have some staying power.