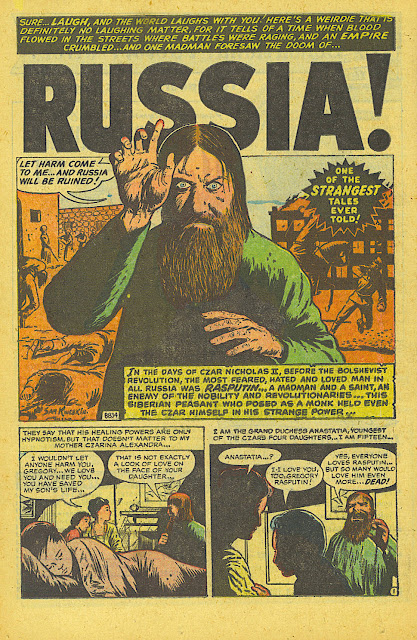 In spite of the imposing photo referenced image of "the Mad Monk," this is mainly the semi-historical story of Anastatia (sic) after the Soviet revolution. GCD credits Carl Wessler as the writer, which may be why it looks and feels a lot like an EC story. Risky for ANY comics publisher to have done this story at a time when they were being accused of being, at best, "fellow travelers." 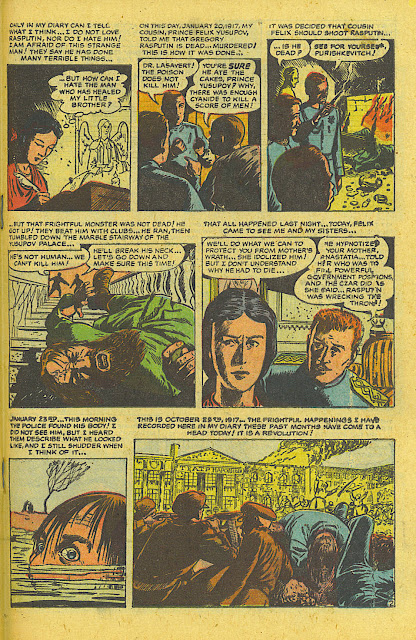 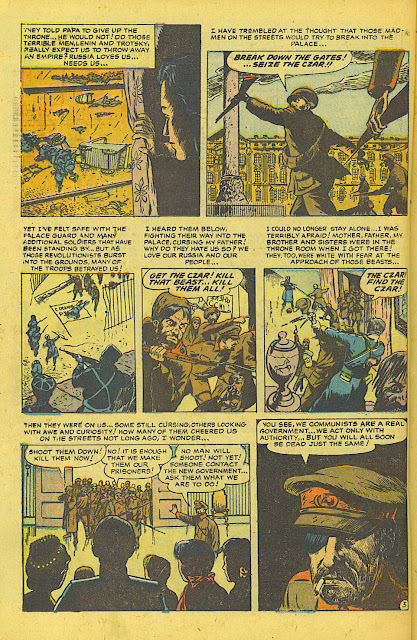 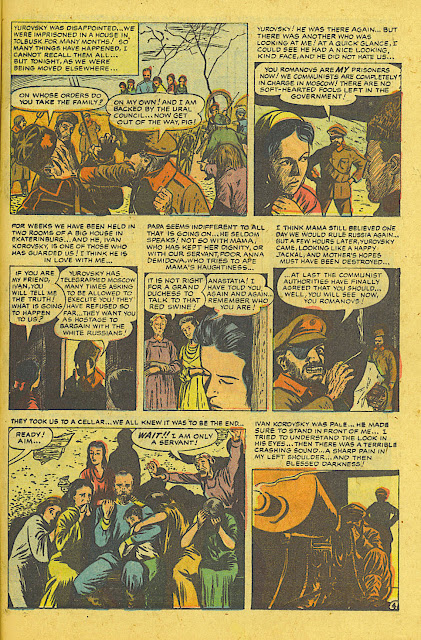 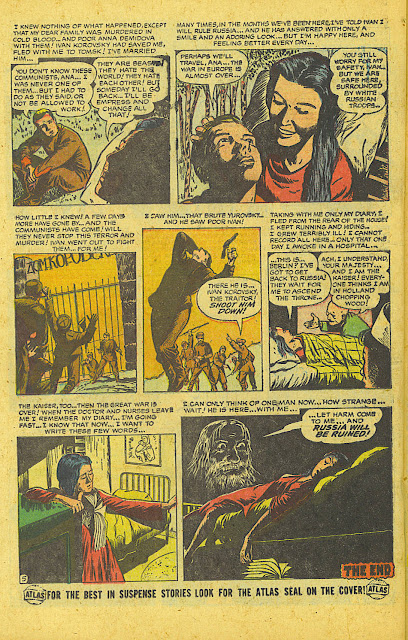