Matt Marvel, Lawman of the Future, Vs. Dr.Thelonious Merlin-1970 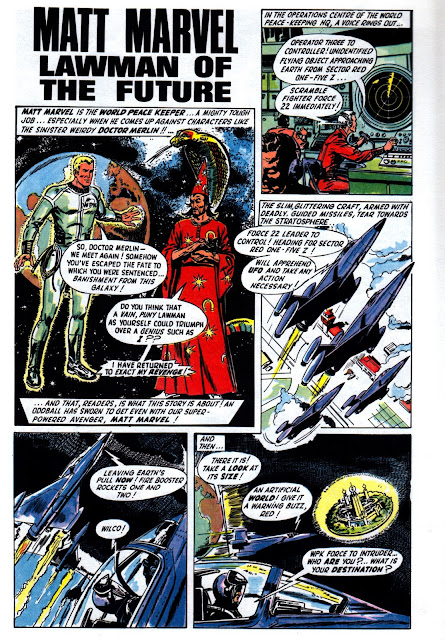 Not Captain Marvel nor Marvelman nor Black Marvel, Mary Marvel, or Major Matt Mason, here's an interesting character for you--Matt Marvel, Lawman of the Future. Sort of a Dan Dare type, this UK hero spars with the delightful named Dr. Thelonious Merlin in a far-out story that's almost a parody. Jerry Siegel was doing work in the UK at the time and while this isn't credited to him, the plot and dialogue certainly bring him to mind. 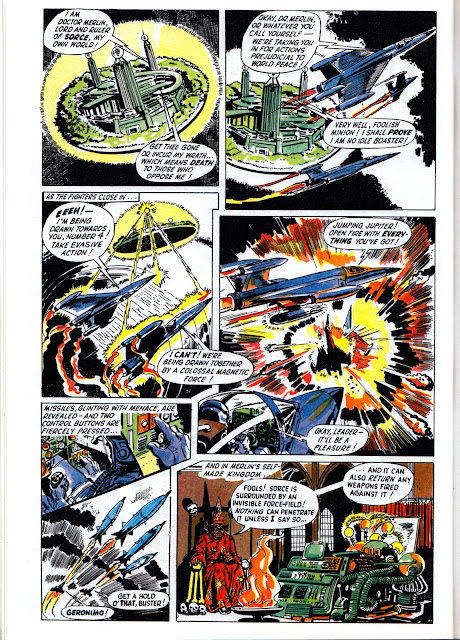 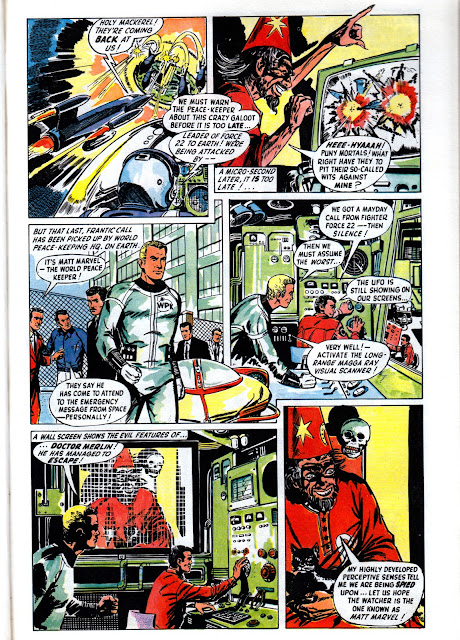 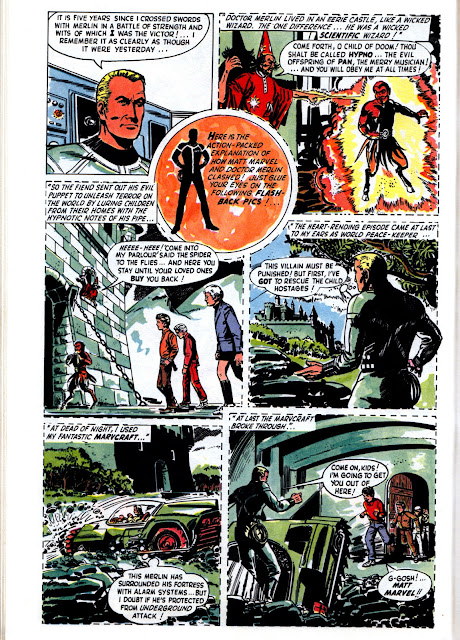 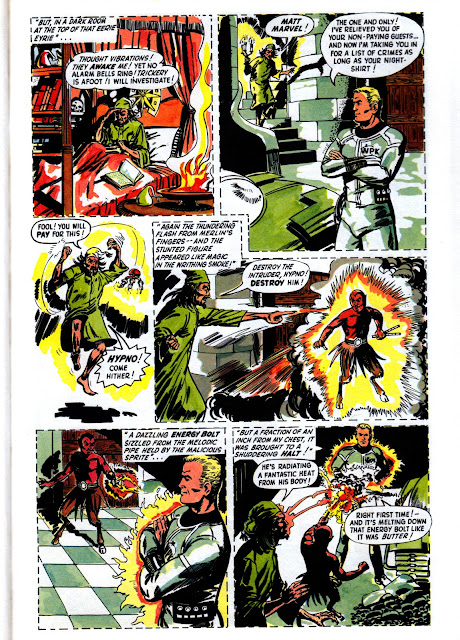 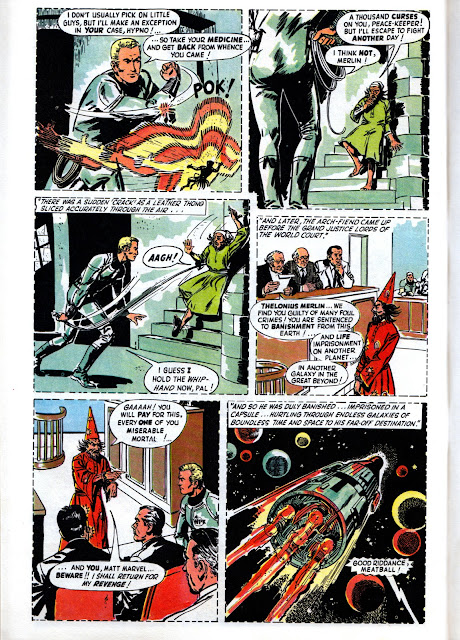 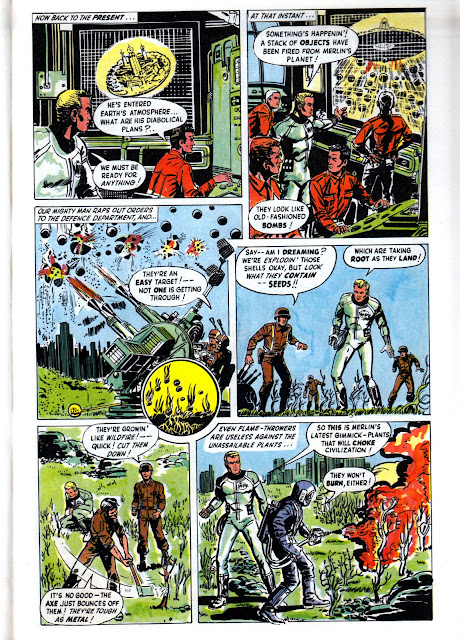 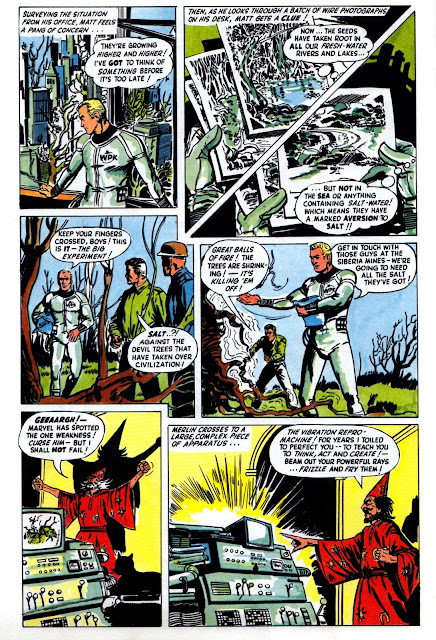 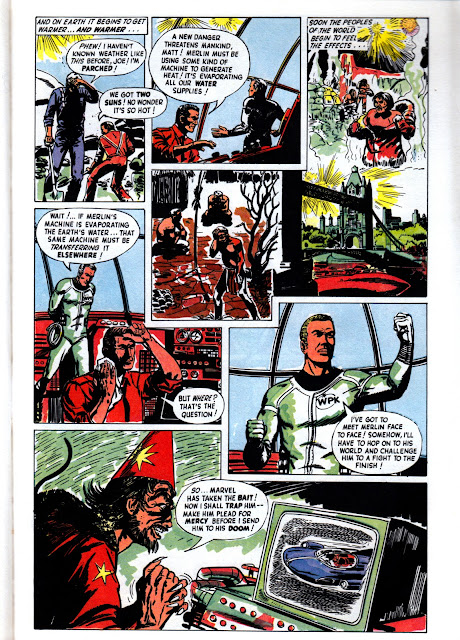 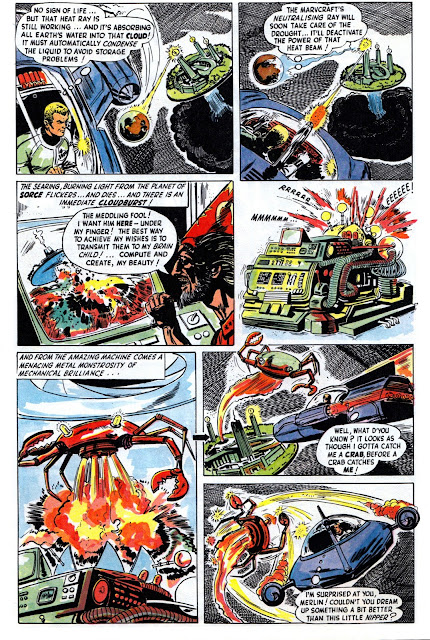 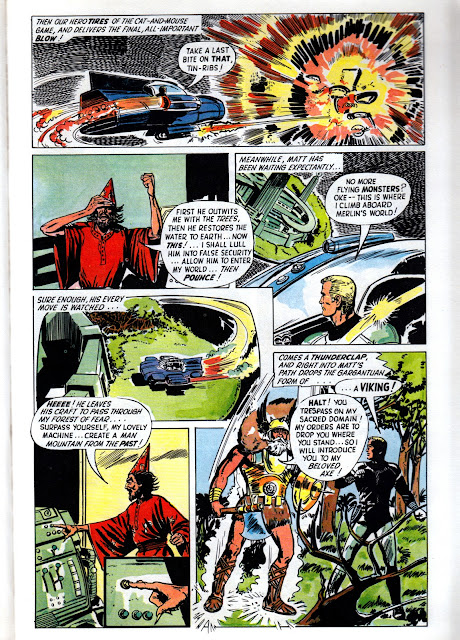 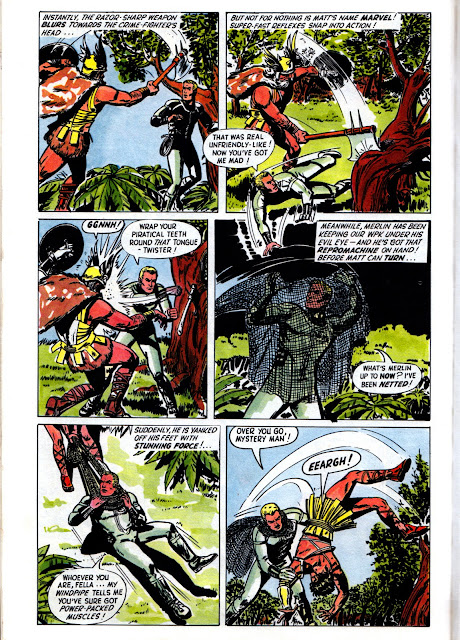 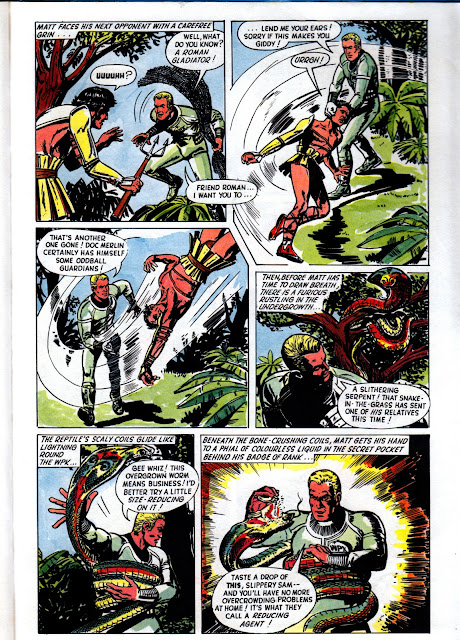 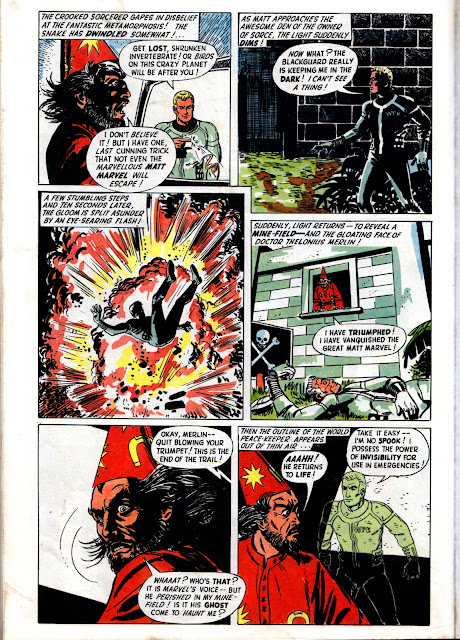 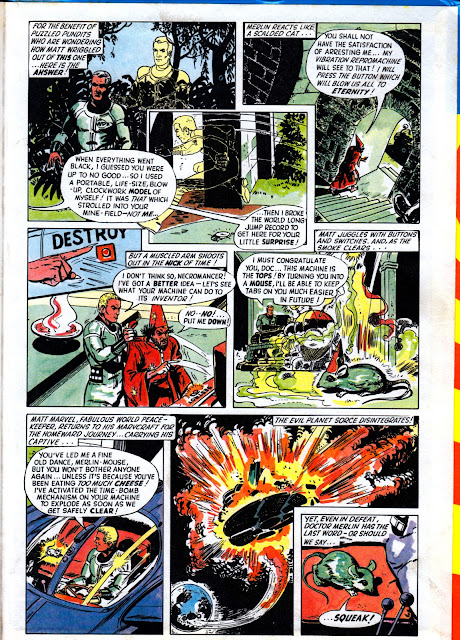 Loved this story as a kid. Had it in the Fantastic annual of 1970.
Do you have any idea where this originally appeared?

According to the Grand Comics Database, that WAS its original appearance you had.