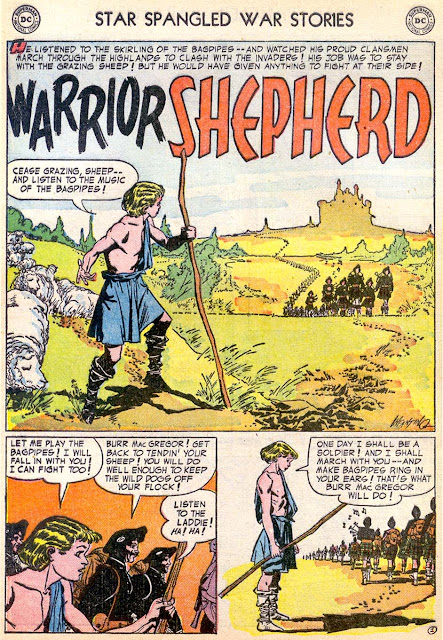 What makes this story especially interesting is actually tomorrow's post. Nearly 20 years after it originally appeared, this Infantino-drawn story was reprinted in an issue of ADVENTURE COMICS, which is probably why it was relatively fresh on the mind of whomever decided to also use it in one of DC's educational comics in the mid-70s. Those particular comics, however, all featured new art from Joe Kubert (and students?) making them more ethnically diverse. Sometimes it was as little as coloring white characters as African-Americans. Other times featured wholly redrawn panels or characters. In this case, Burr MacGregor was gone completely, replaced by the young lady seen below in Kubert's model sheet. Come back tomorrow and see how she compares. 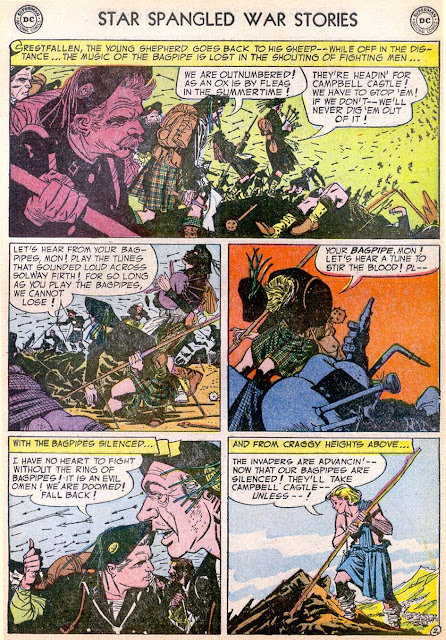 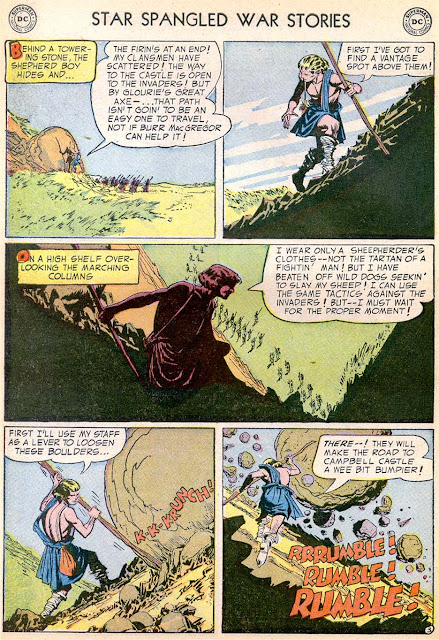 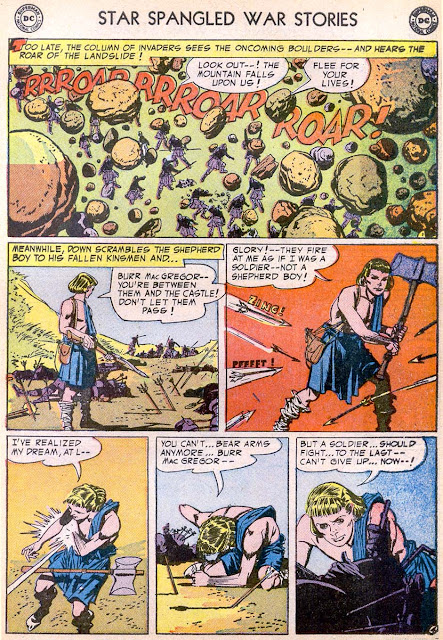 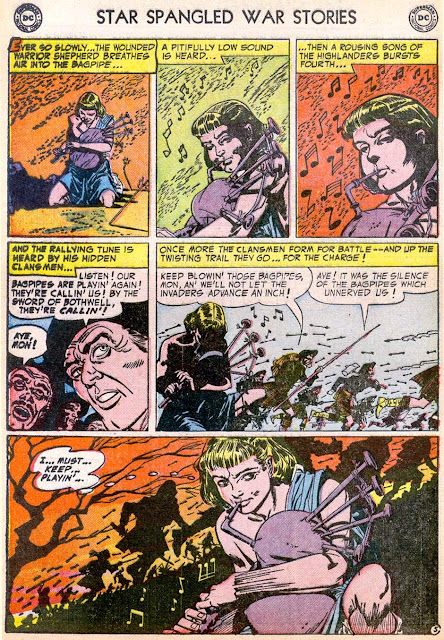 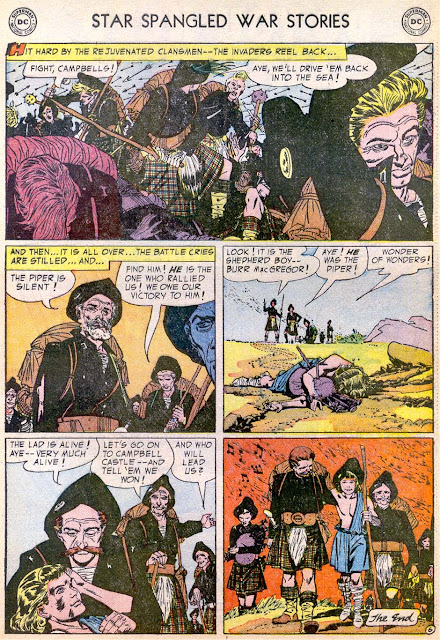 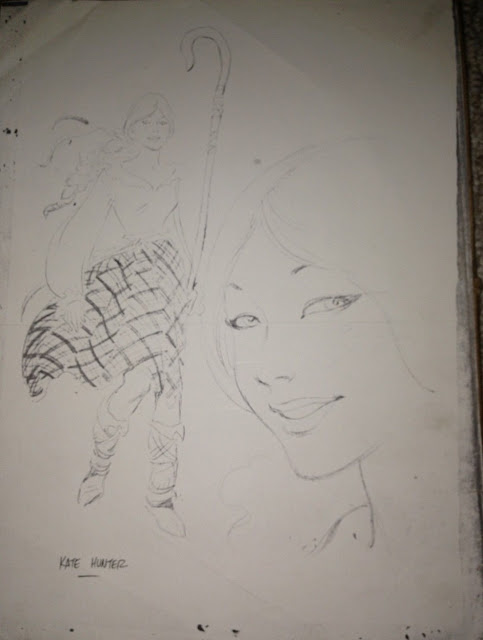 I see it was originally published in Star-Spangled War Stories - I figured it would have been in an early Brave and the Bold issue.