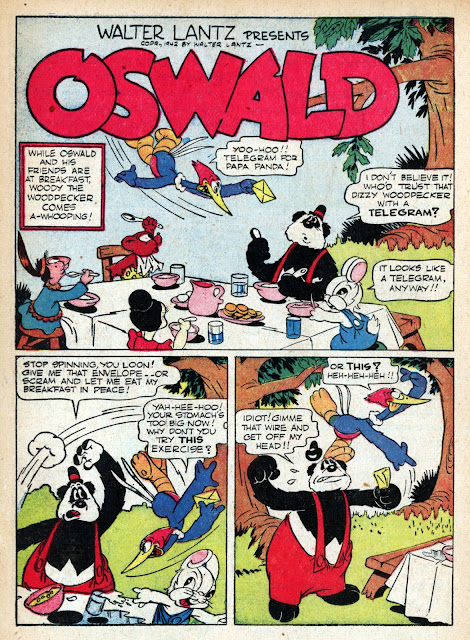 When Walter Lantz took over Disney's Oswald the Lucky Rabbit, Disney's Mickey Mouse went on to be a million times more popular than Oswald. Lantz eventually revamped the bunny into perhaps the ultimate "cute" cartoon character, only to watch him be upstaged again, this time by Woody Woodpecker. The two are seen here together in a bizarre story GCD says is the first time the Woodpecker is named! (In the comics? Surely he had been named in the two years he had already been on the screen!) 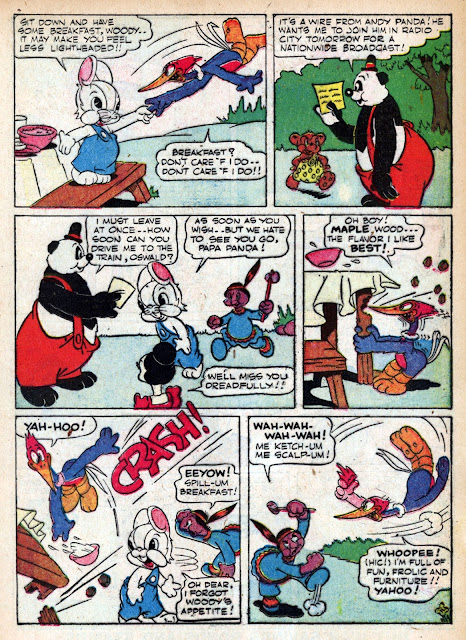 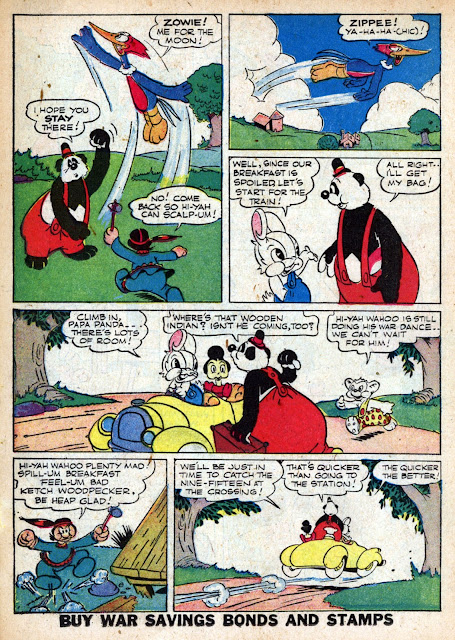 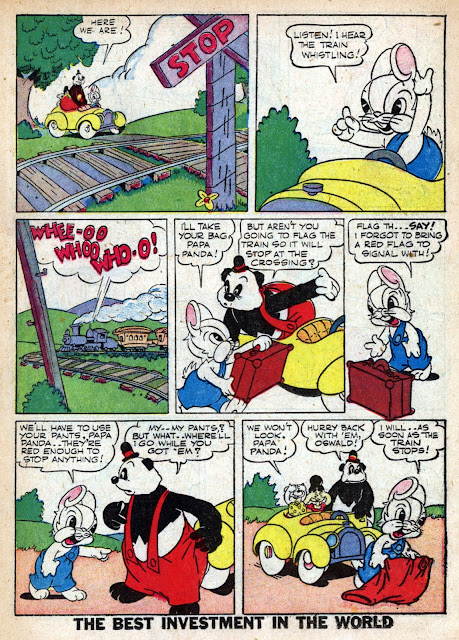 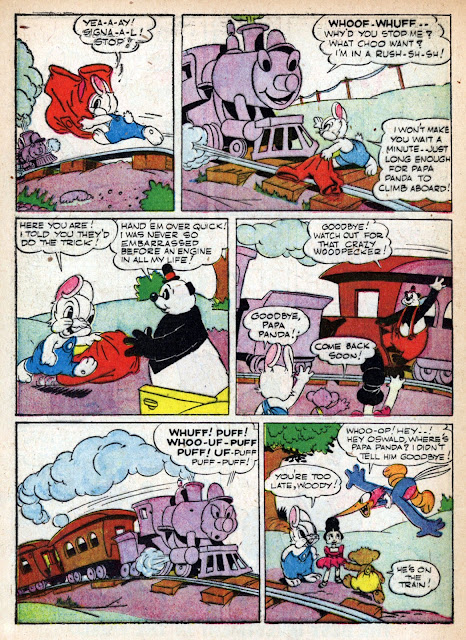 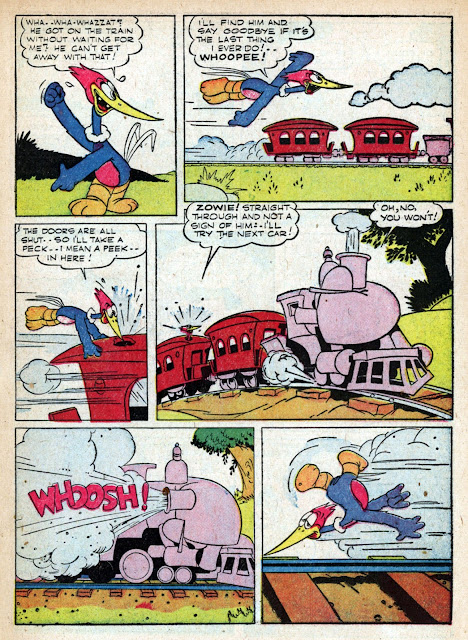 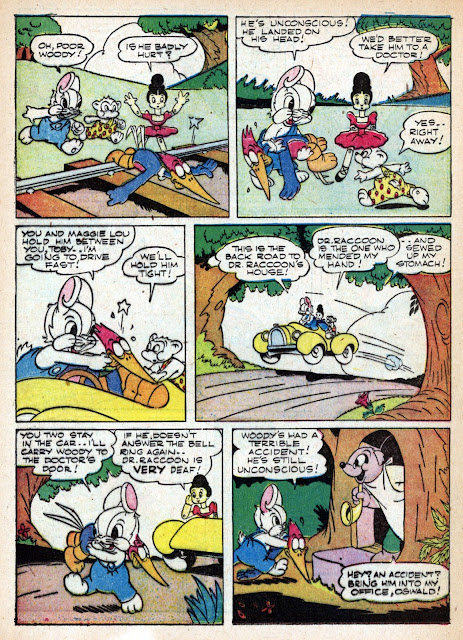 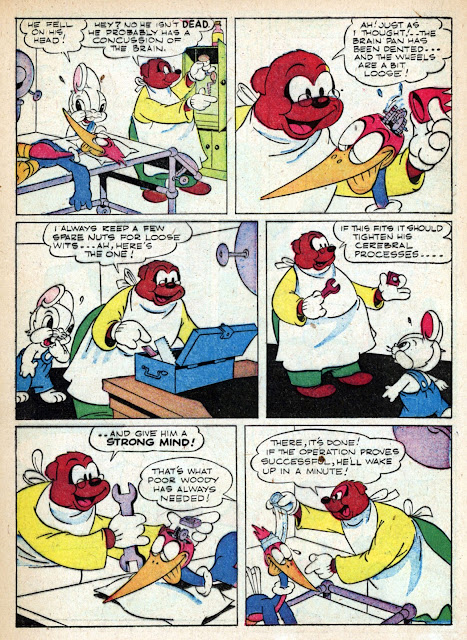 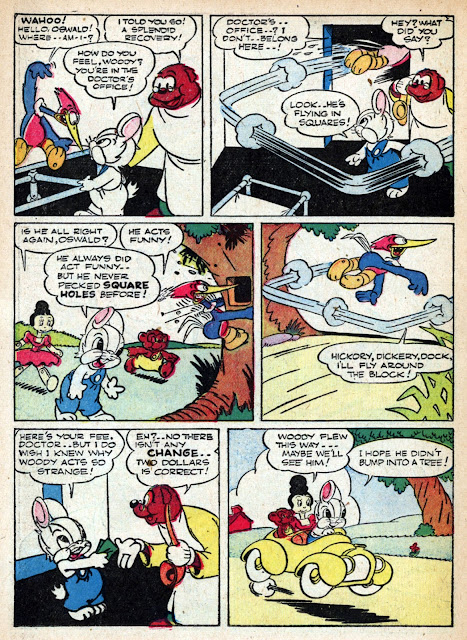 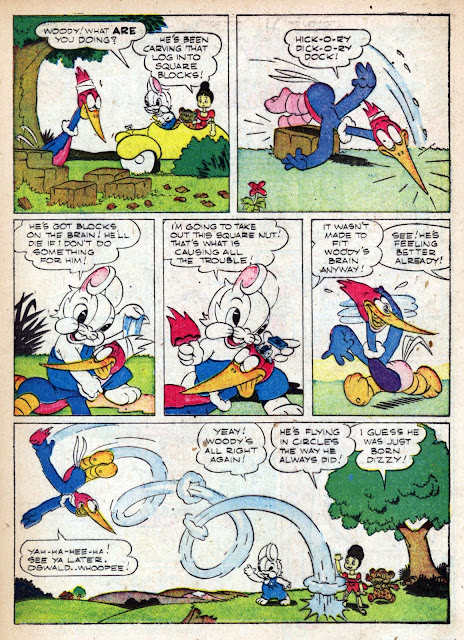