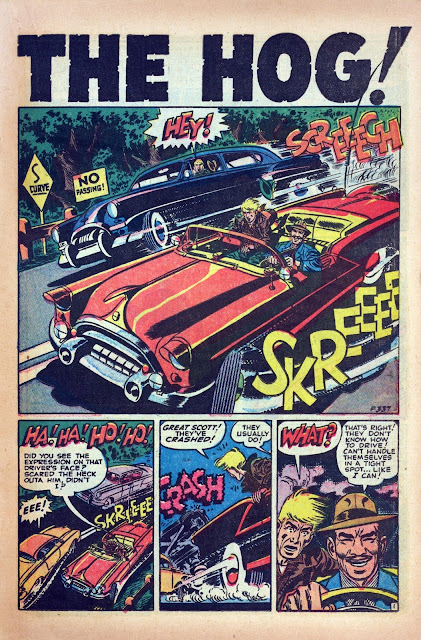 He's so associated with DC that it's hard sometimes to think of Joe Kubert at Marvel but here he was with some cool car art. Kubert's developing style here was at the point when it likely had quite an effect on Steve Ditko's as the two styles looked much alike during this period. 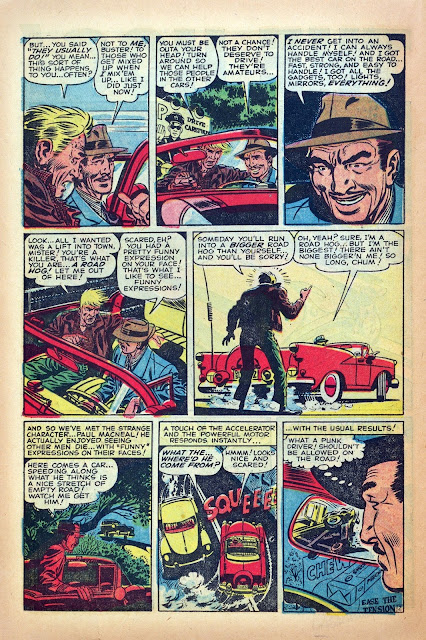 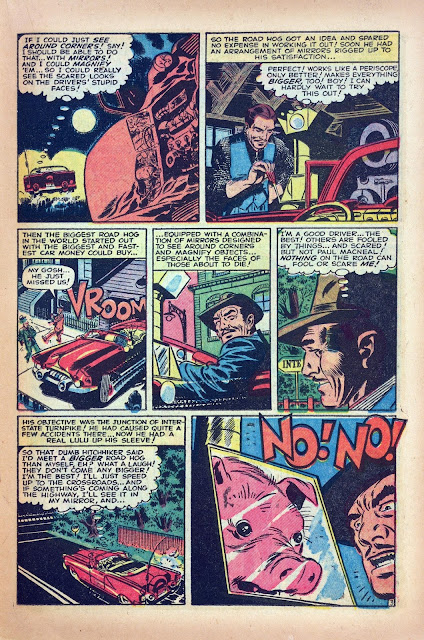 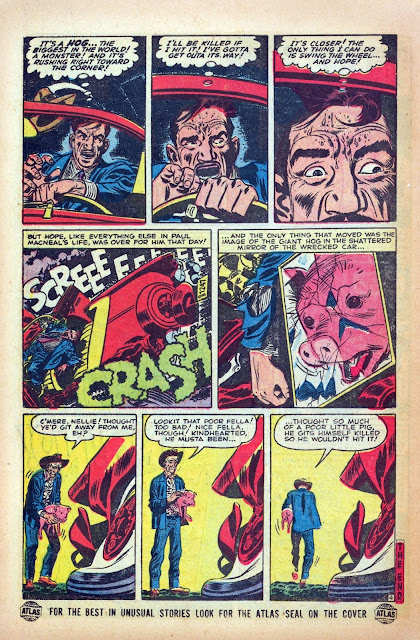