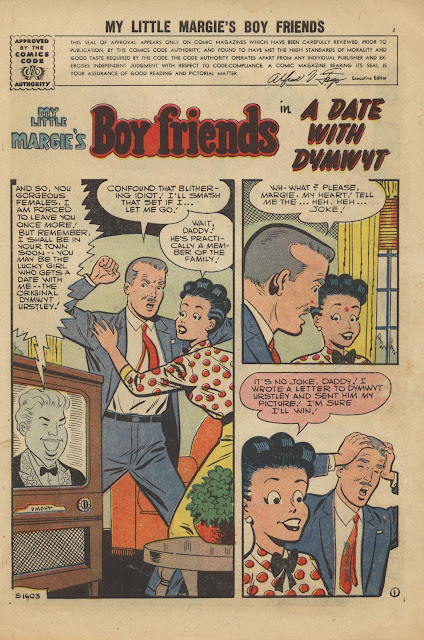 A spinoff of a comic book based on a TV series here spoofs another TV series and its star, Liberace, a surprising sex symbol to women across the country back in the late 1950s. The thick lines make the art here look like Stone to my eyes and he did work on the comic but he usually signed his work for it. Frank Johnson did some also but again, his name appeared with it. This may well be someone else entirely but I'd guess Stone. 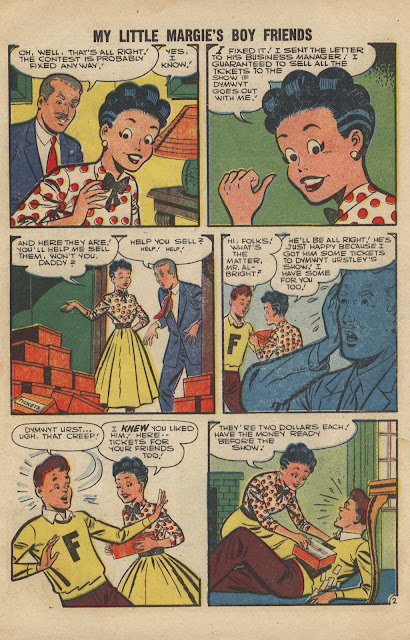 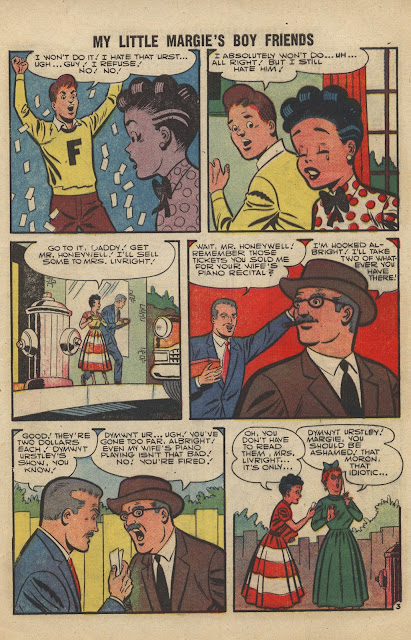 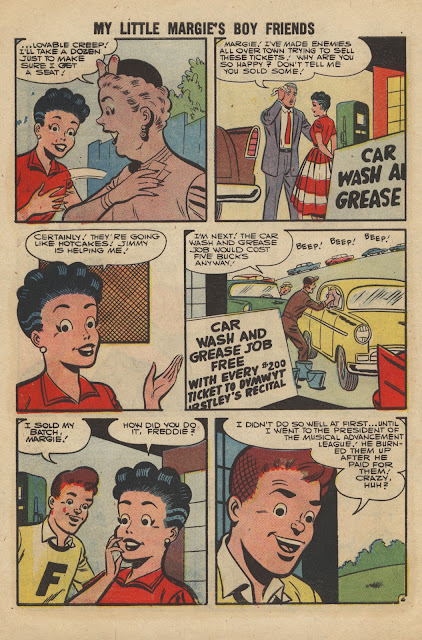 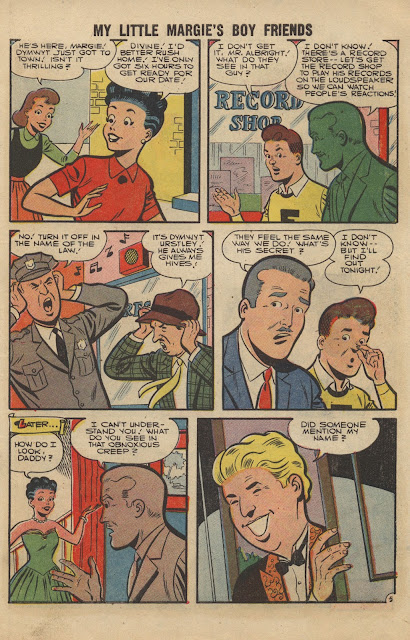 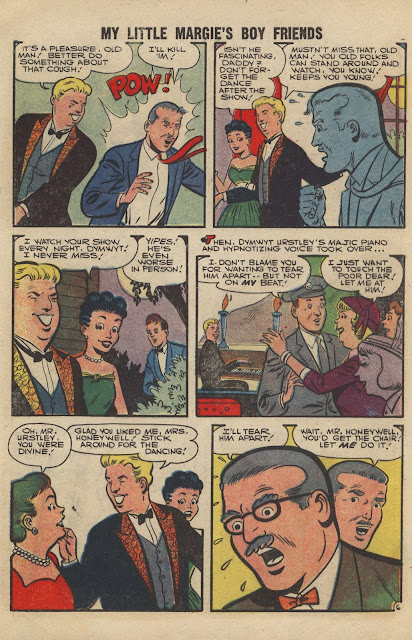 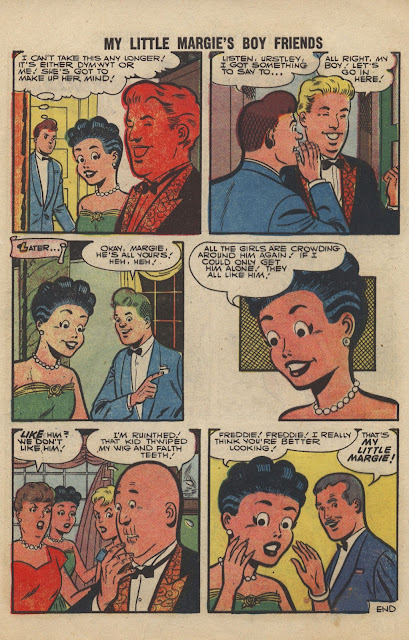