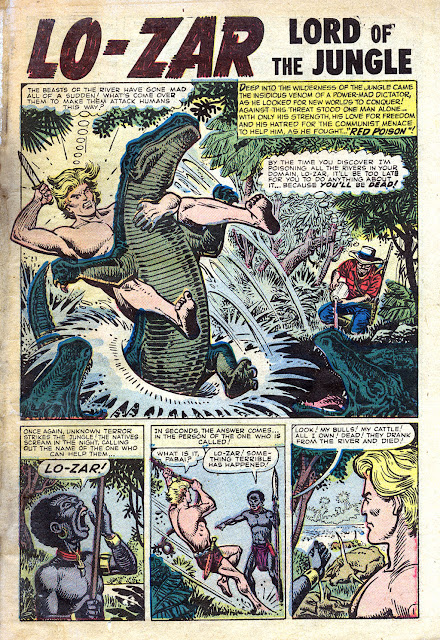 Why they didn't just call him KA-ZAR, a blond jungle man character they'd had since MARVEL COMICS # 1, I don't know. But this version fights commies in his Cold War jungle.The art is credited to Joe Maneely but has a Romita feel, too, and at times almost looks like Will Elder's work! 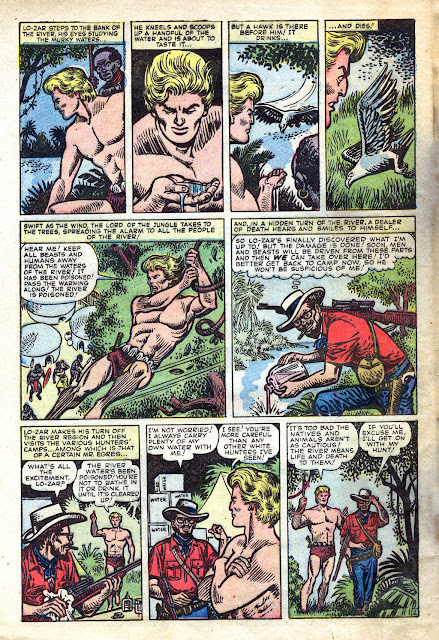 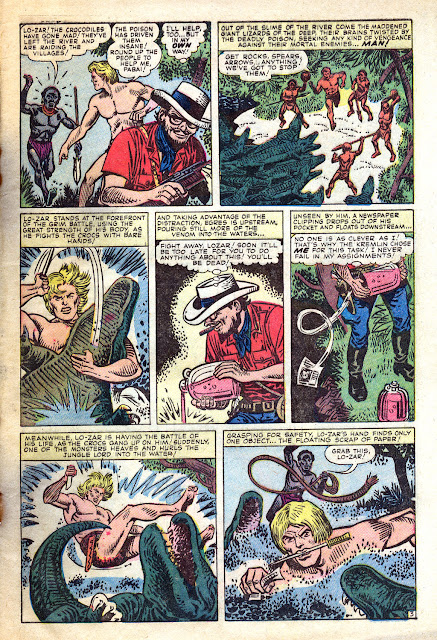 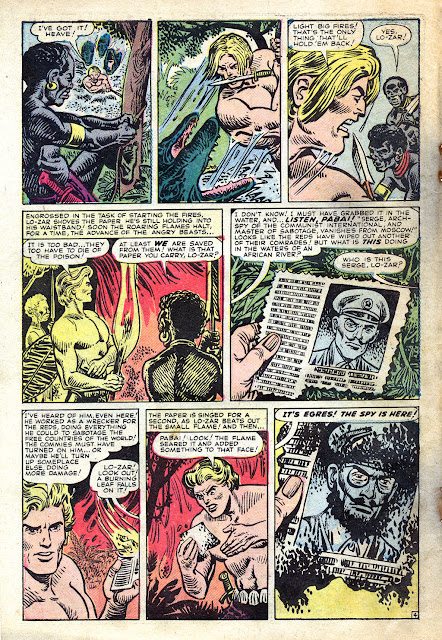 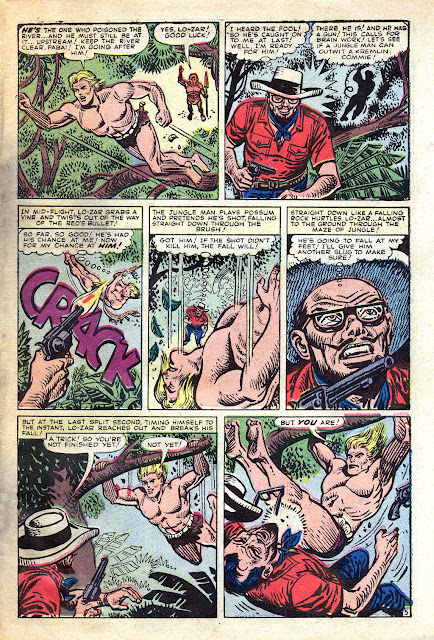 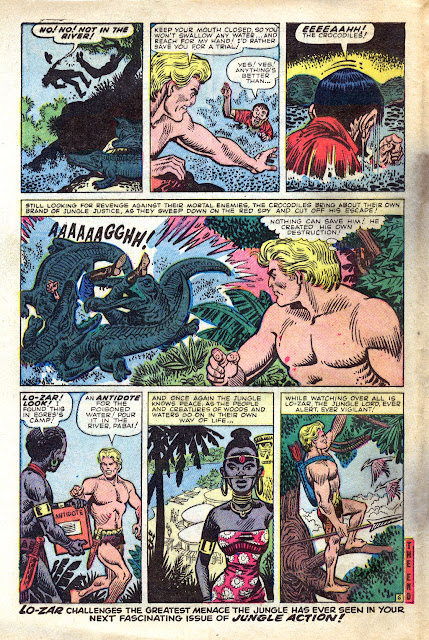 Yeah, I see some similarities to Elder's work, too.