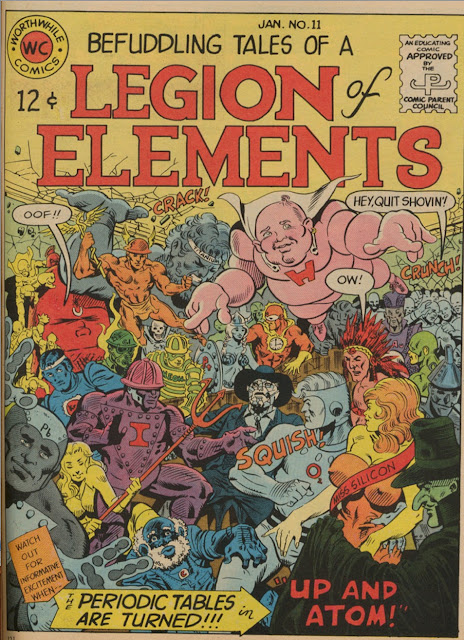 Here's a rather deft NATLAMP parody of several things, not the least of which is rather obviously DC's Metal Men. The art is by Al Milgrom, normally associated with Marvel, and the script is credited to P.J. O'Rourke, the somewhat legendary and infamous writer and social commentator. 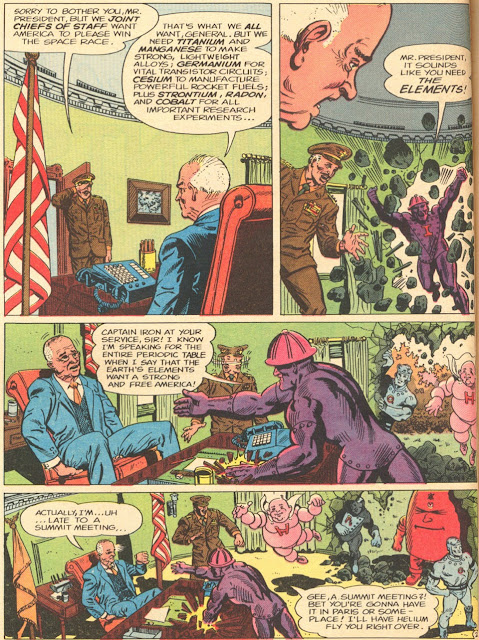 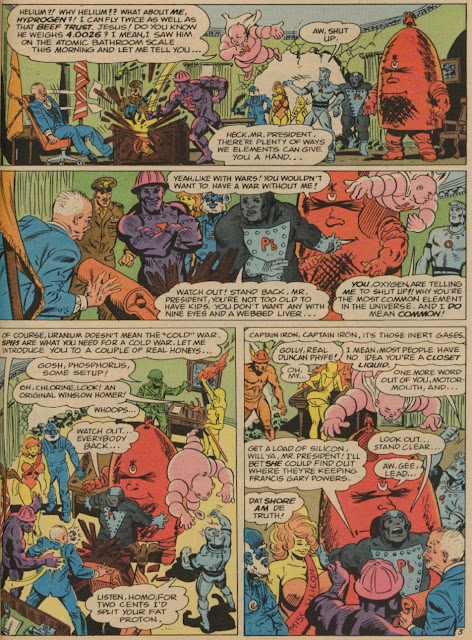 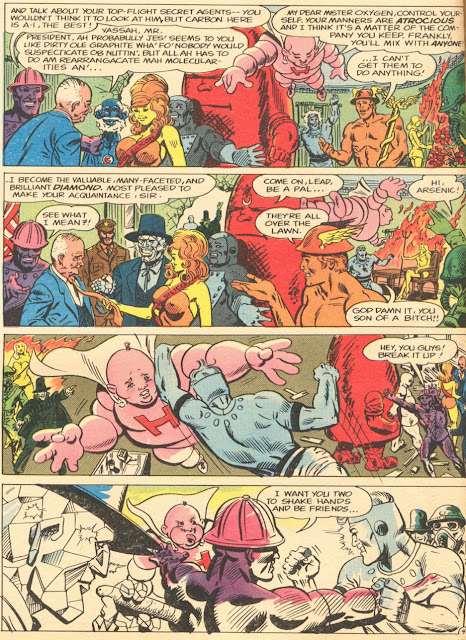 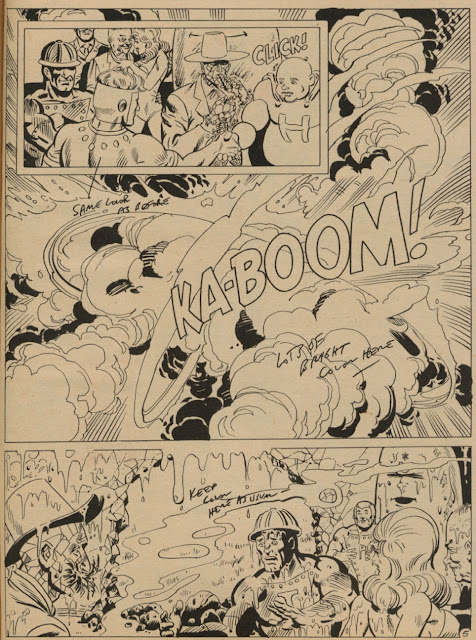 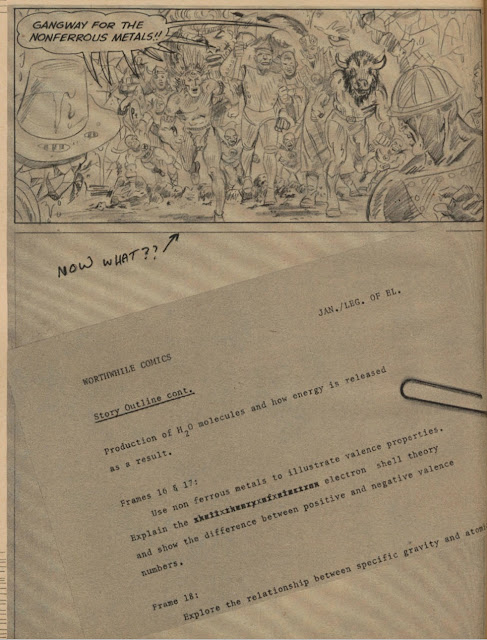