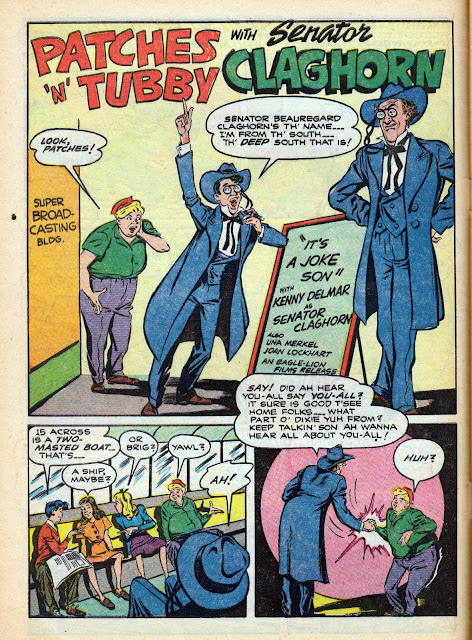 PATCHES COMICS had a lot of ties to radio dramas and comedies of the day. Here, for instance, our young protagonists encounter Senator, I say, Senator Claghorn, Kenny Delmar's parody of a Southern politician made famous on Fred Allen's radio show. Delmar also played the role in a film or two and the characterization was co-opted by Foghorn Leghorn. Years later, Kenny Delmar achieved fame amongst baby boomer kids as the narrator of UNDERDOG! 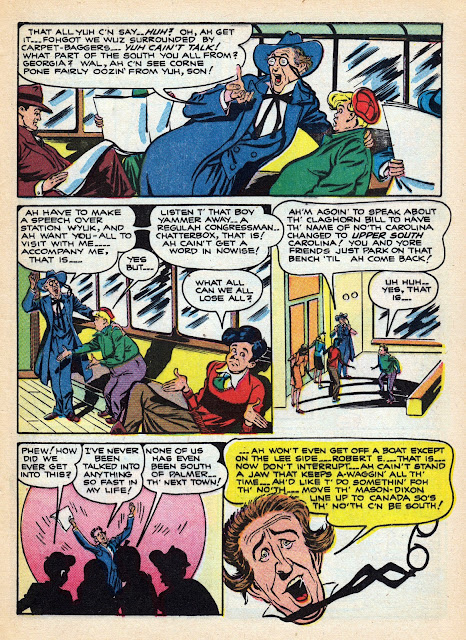 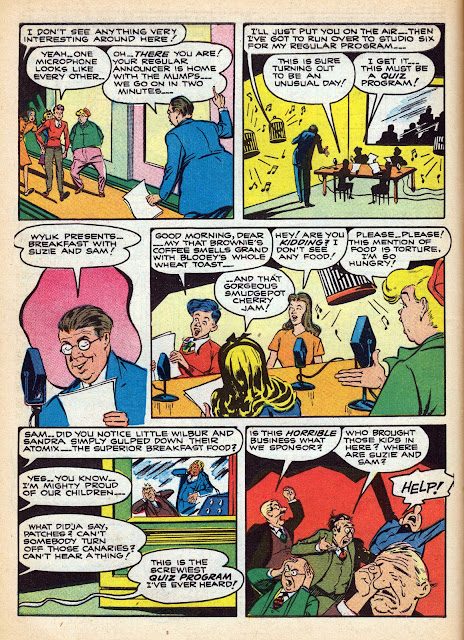 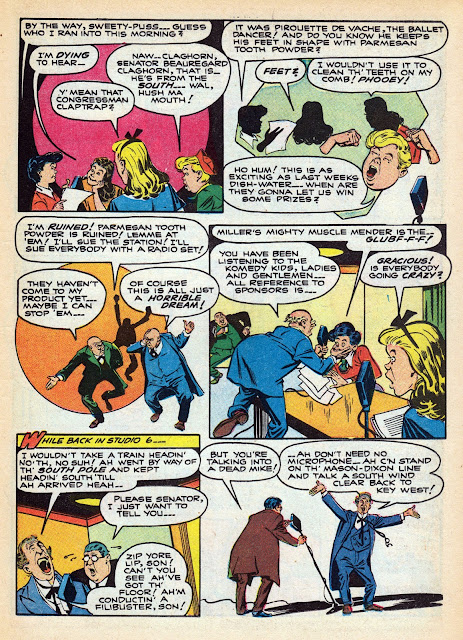 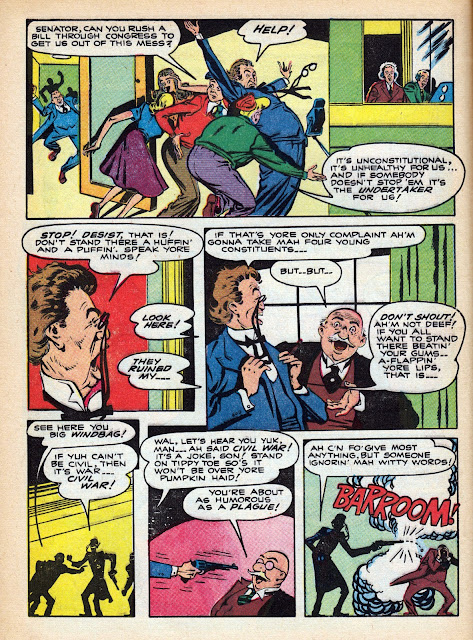 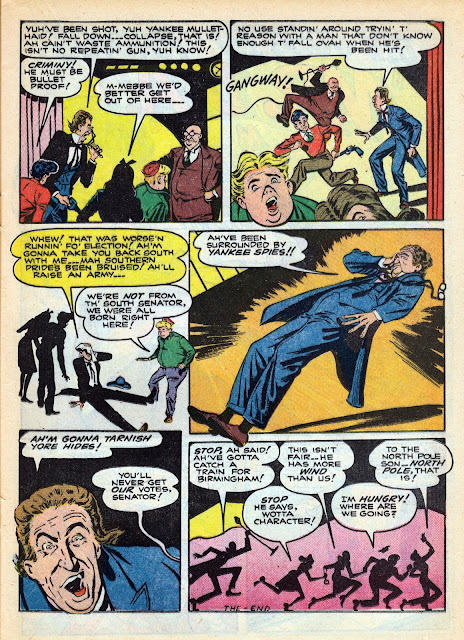 George S. Irving provided the narration on Underdog. Delmar's voice work for the same studio, Total TeleVision, included characters The Hunter and Commander McBragg, among others.

Yikes! You're right! And I knew that, too! At my age, I guess I need to start doublechecking these things that I "know." Thanx!