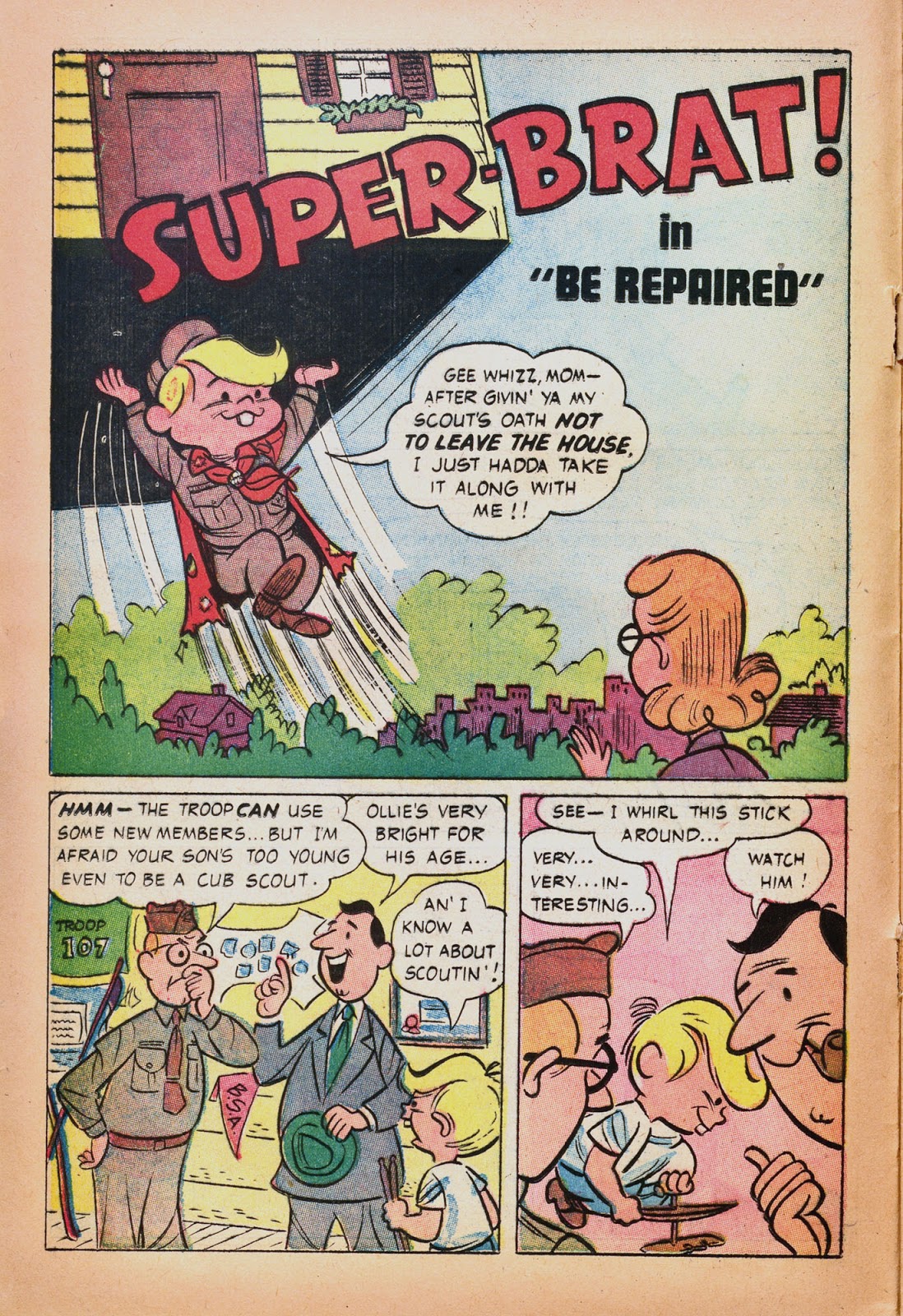 Yet another DENNIS THE MENACE clone, this one crossed that series with SUPERMAN...at least at first. SUPER BRAT discarded his cape and powers fairly quickly, dyed his hair red, and became LI'L GENIUS, a title which was eventually published by three companies over nearly a dozen years with a brief revival two decades after that! 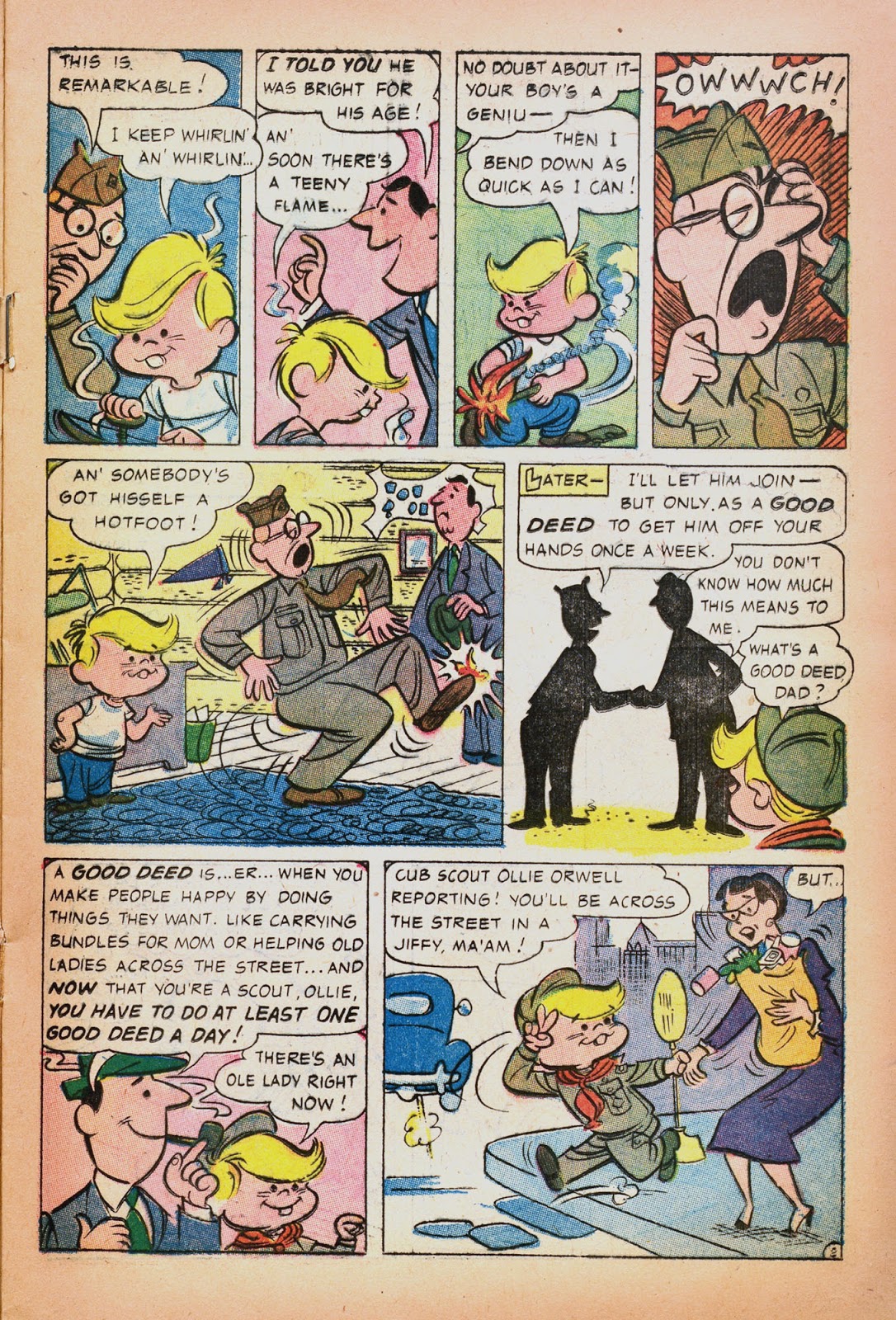 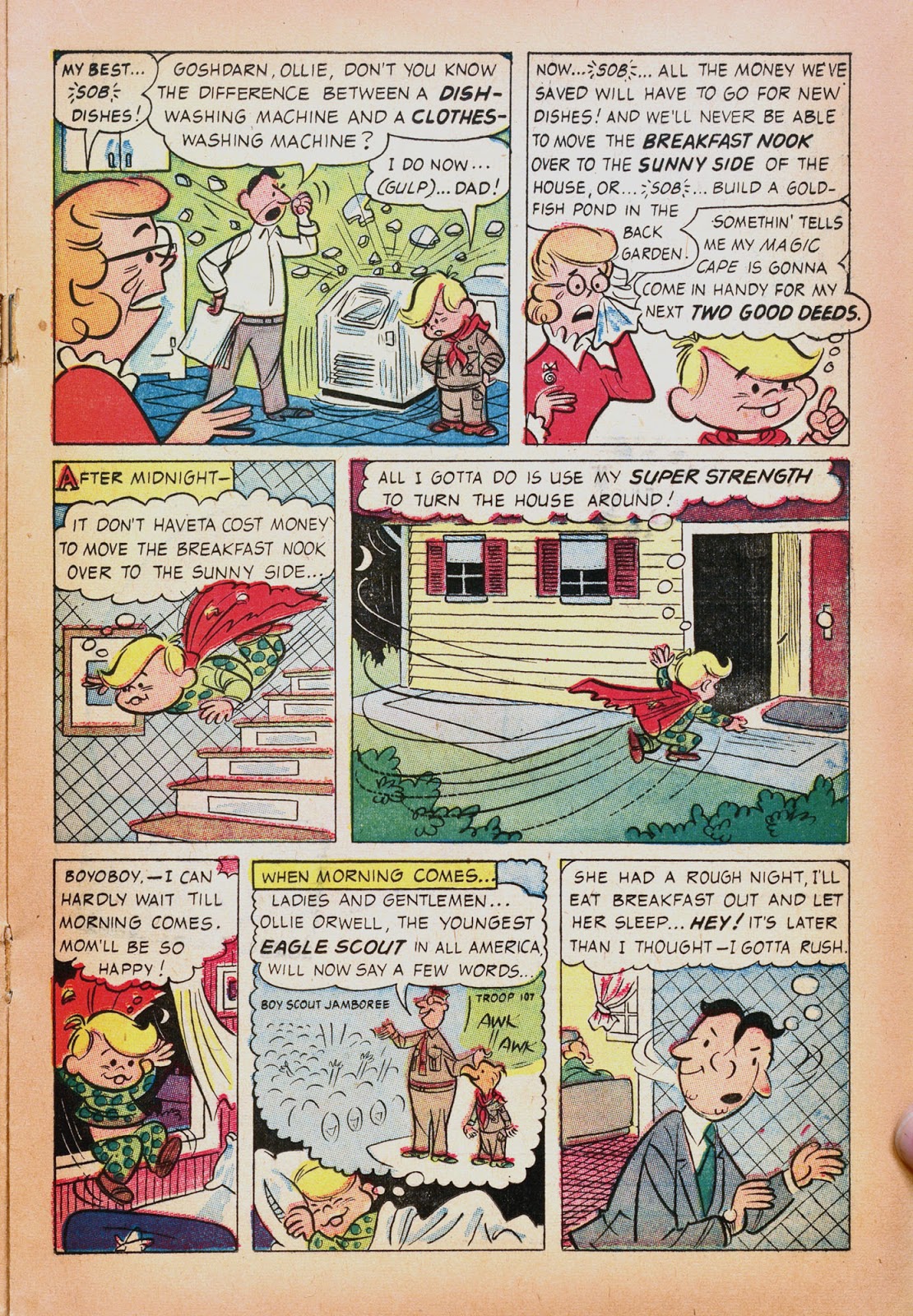 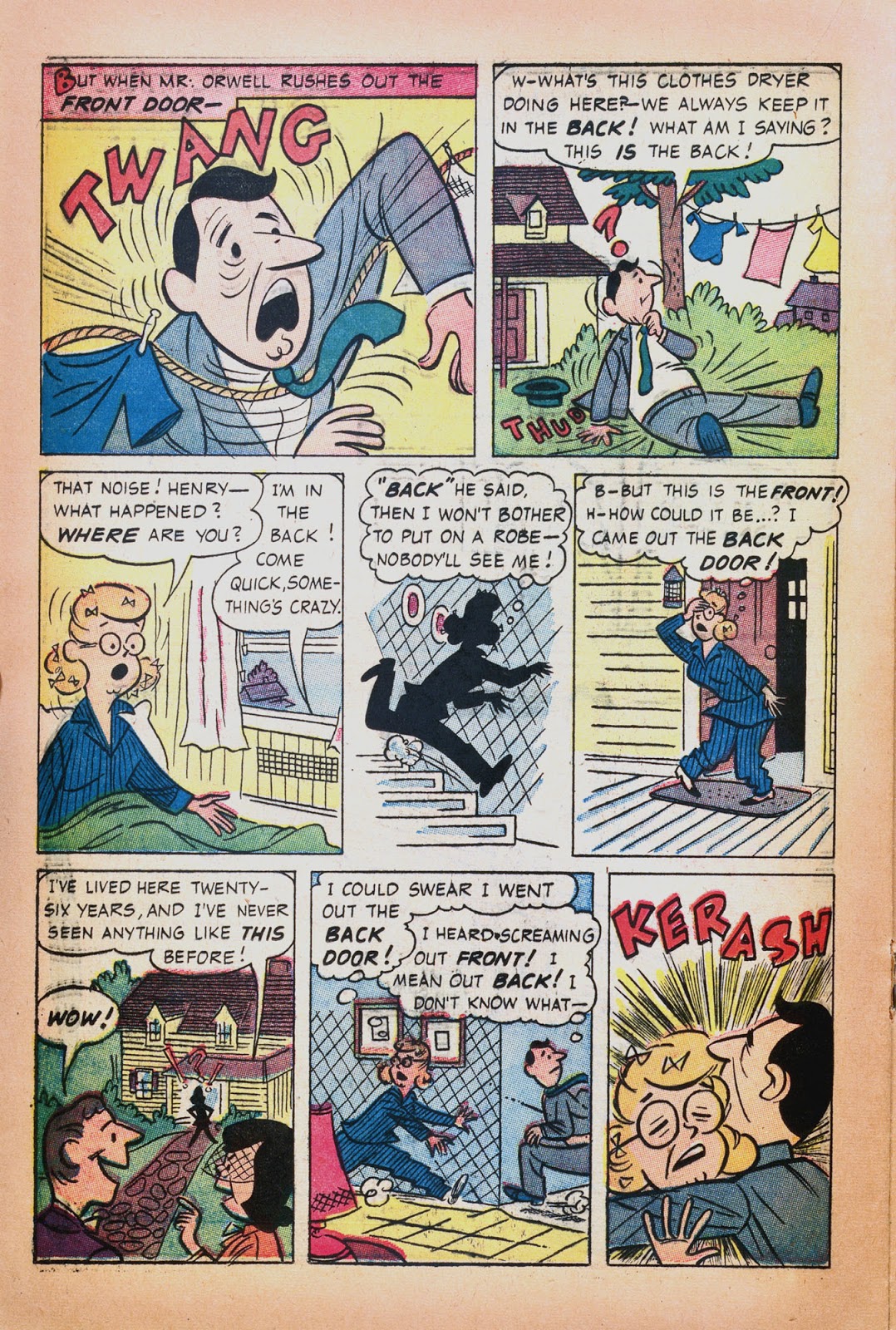 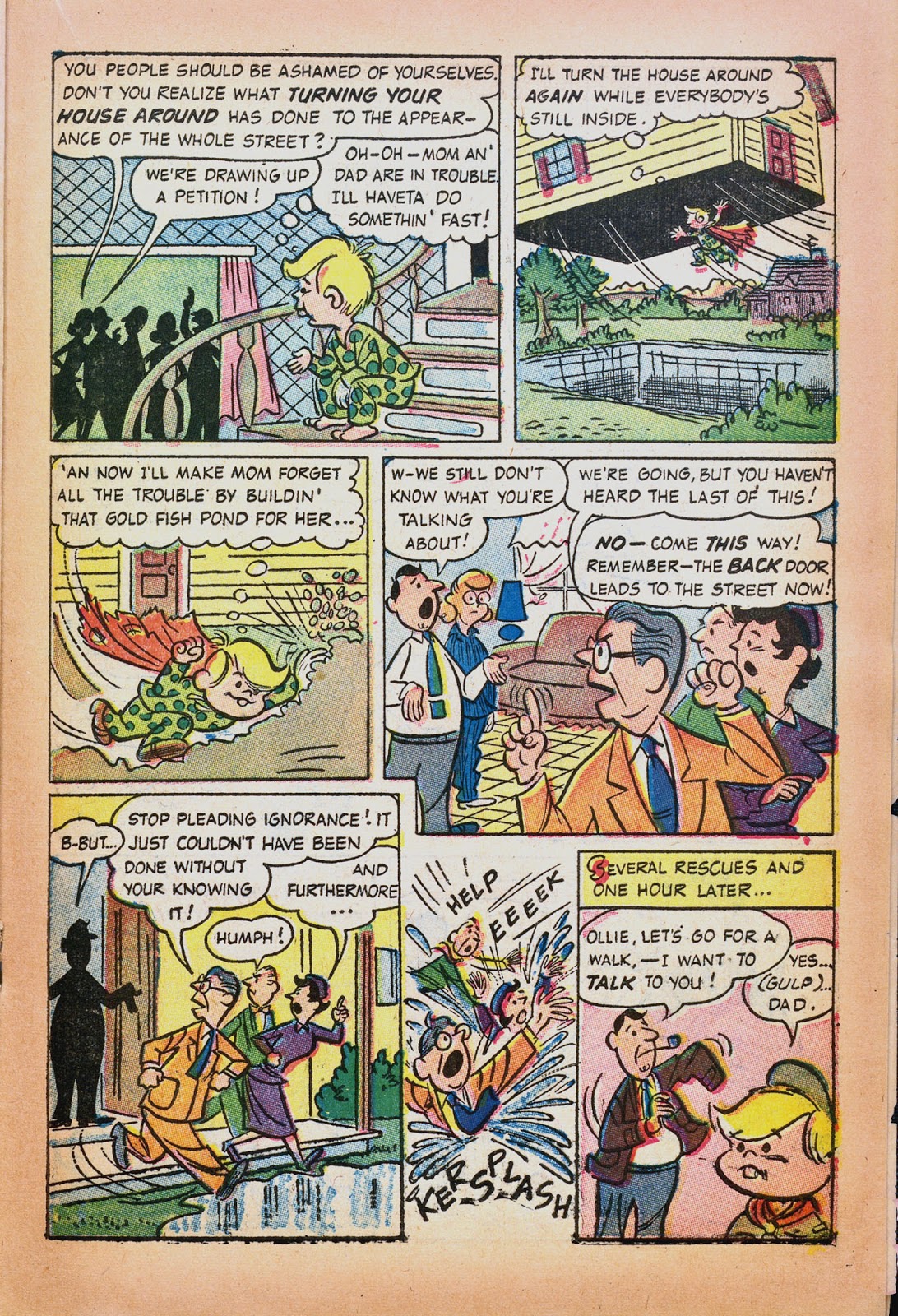 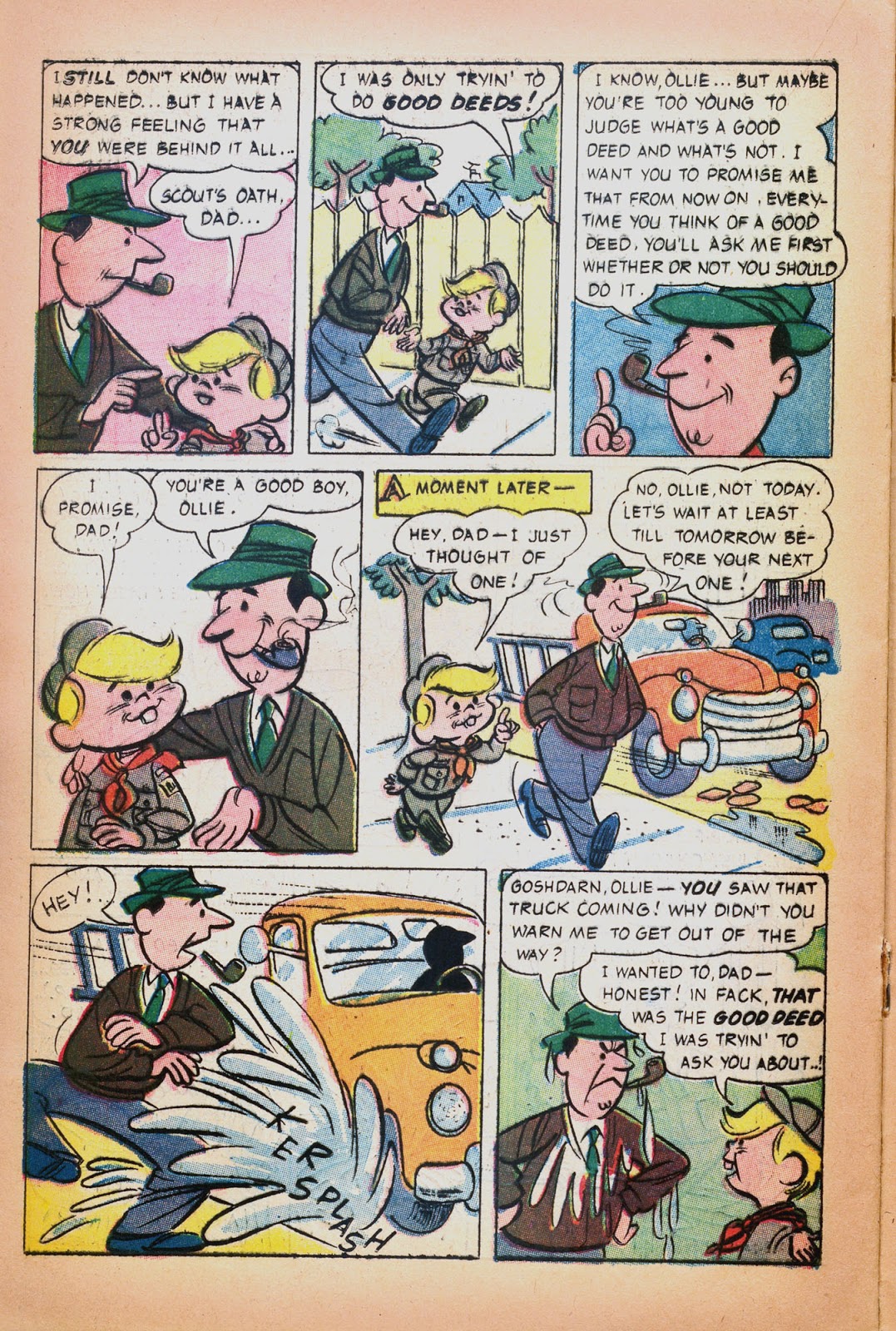