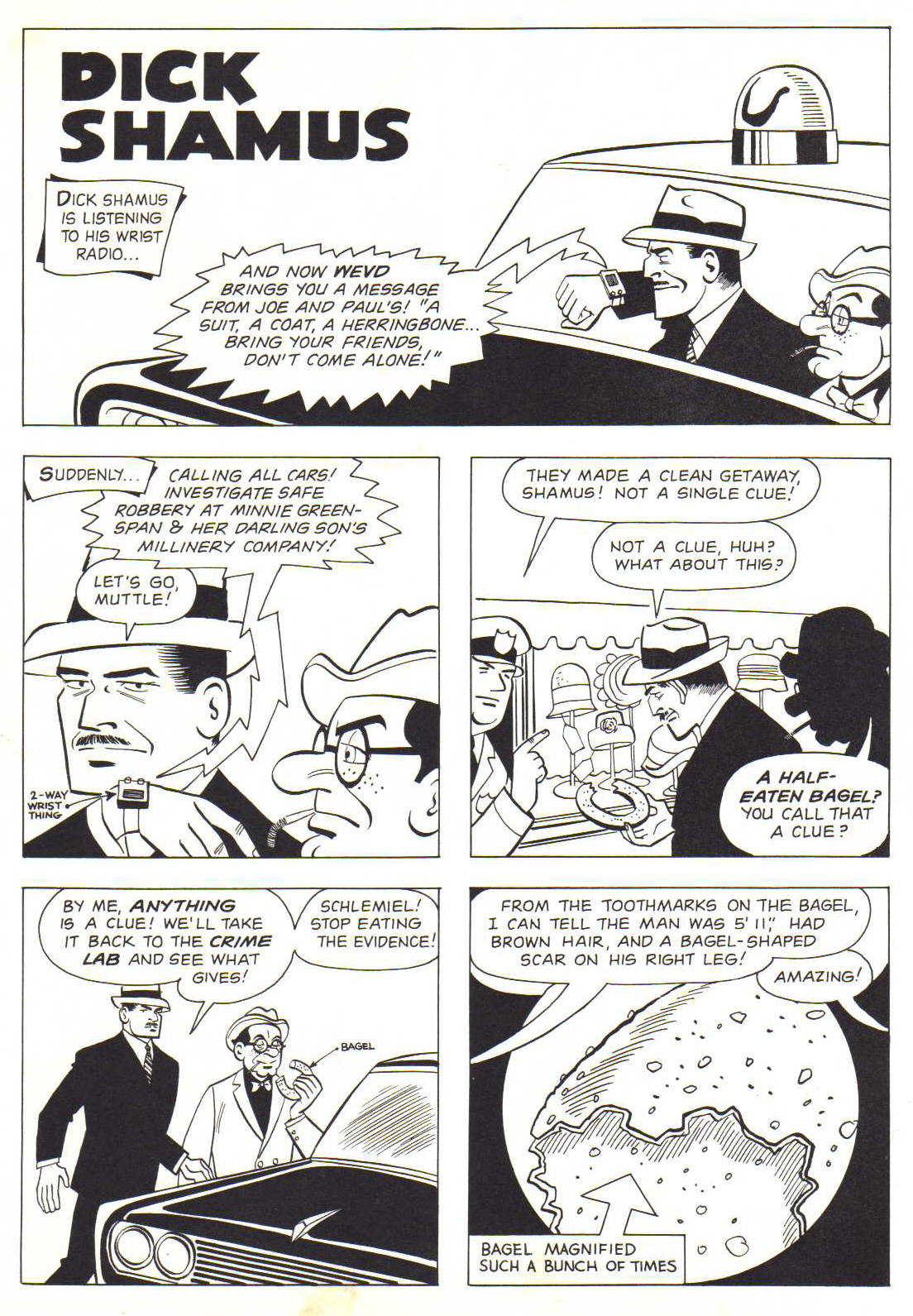 In 1966, Jewish humor was in vogue and thus came KOSHER COMICS which featured ethnically-themed (and thus now politically incorrect. Sorry if you're squeamish about that.) parodies of famous characters including, as seen here, DICK TRACY. The mustache actually presaged TRACY creator Chester Gould giving the real Dick one for a while a few years later. The artist here is the great Mel Crawford, who died in February of 2015.
R.I.P. 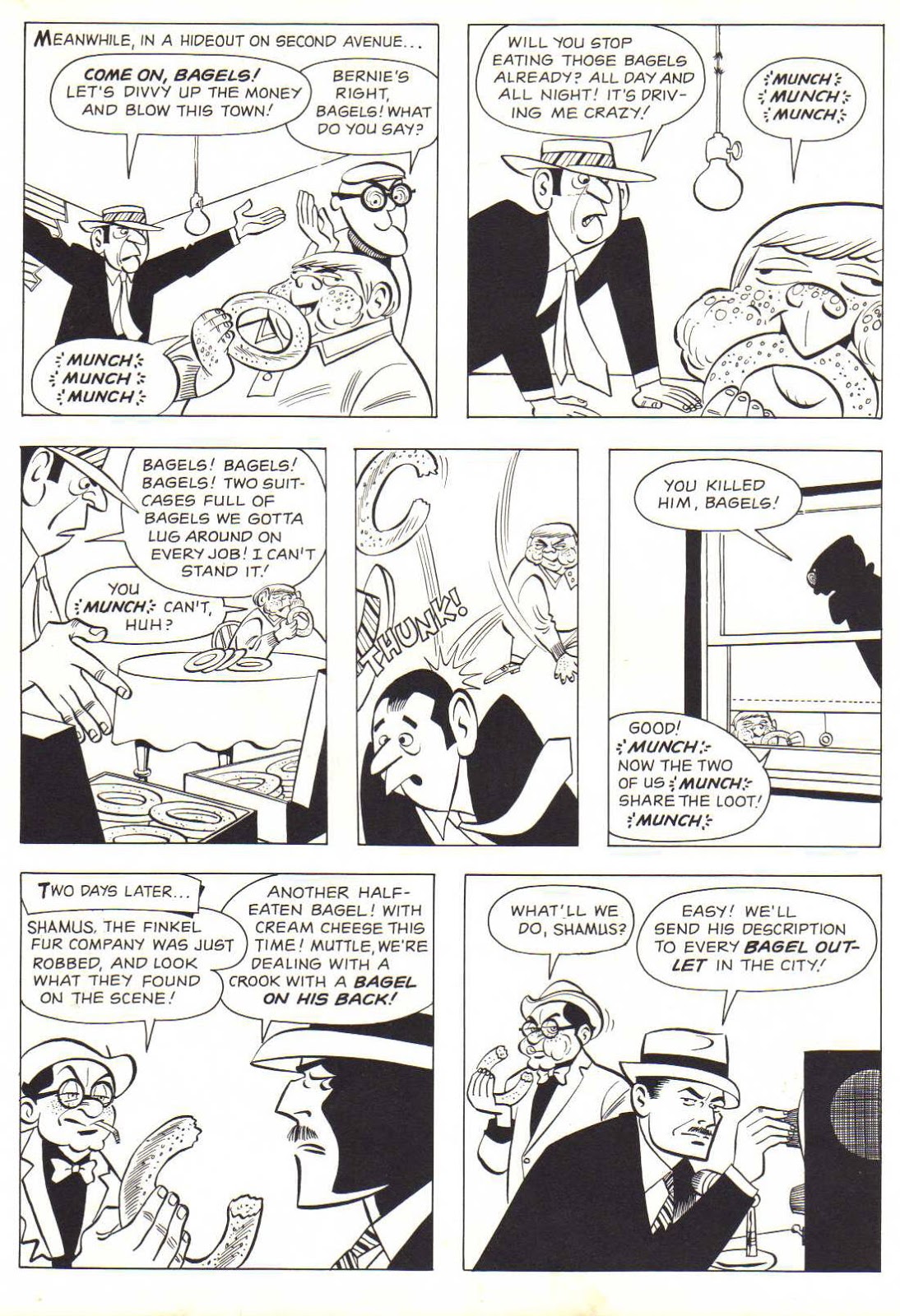 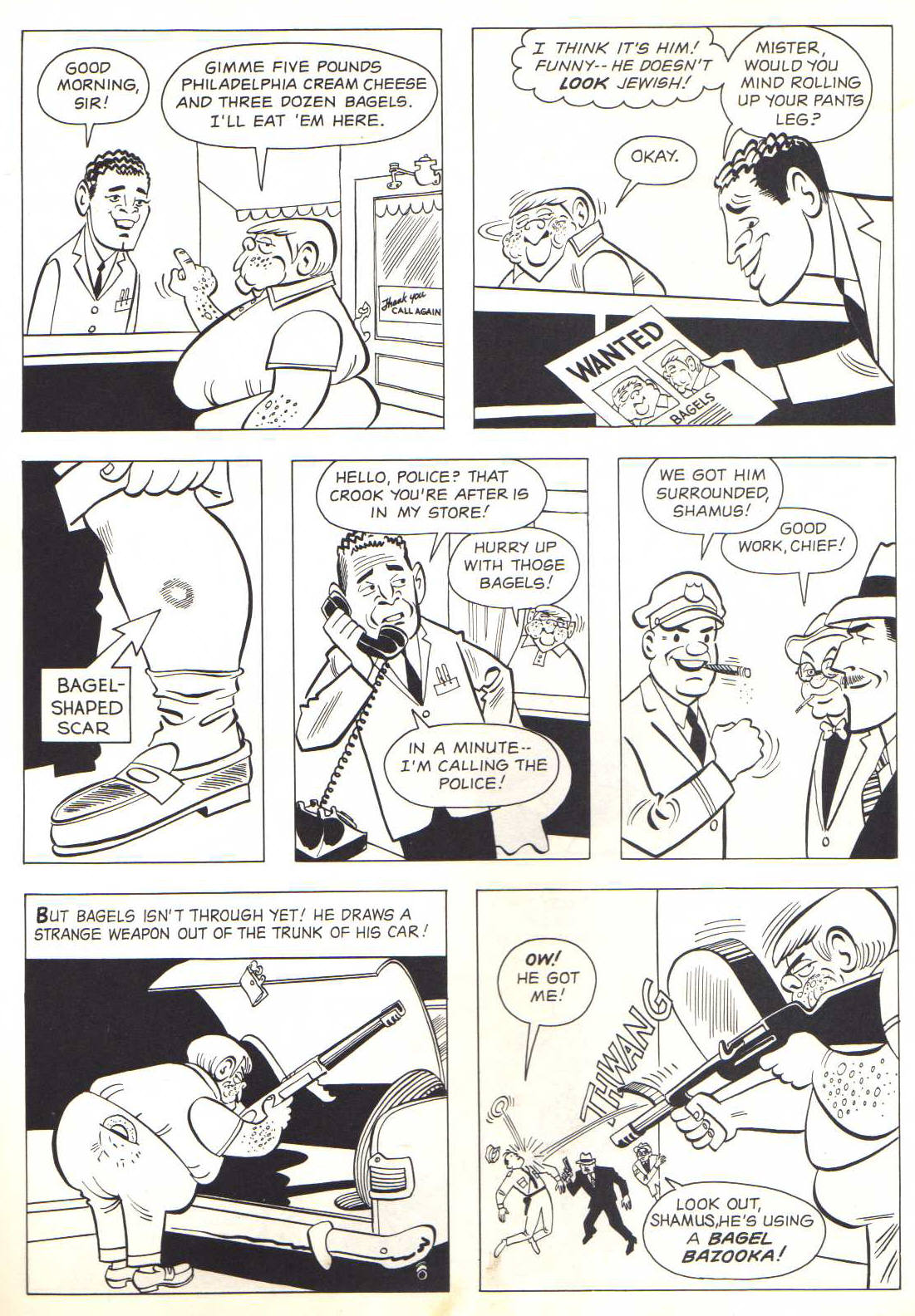 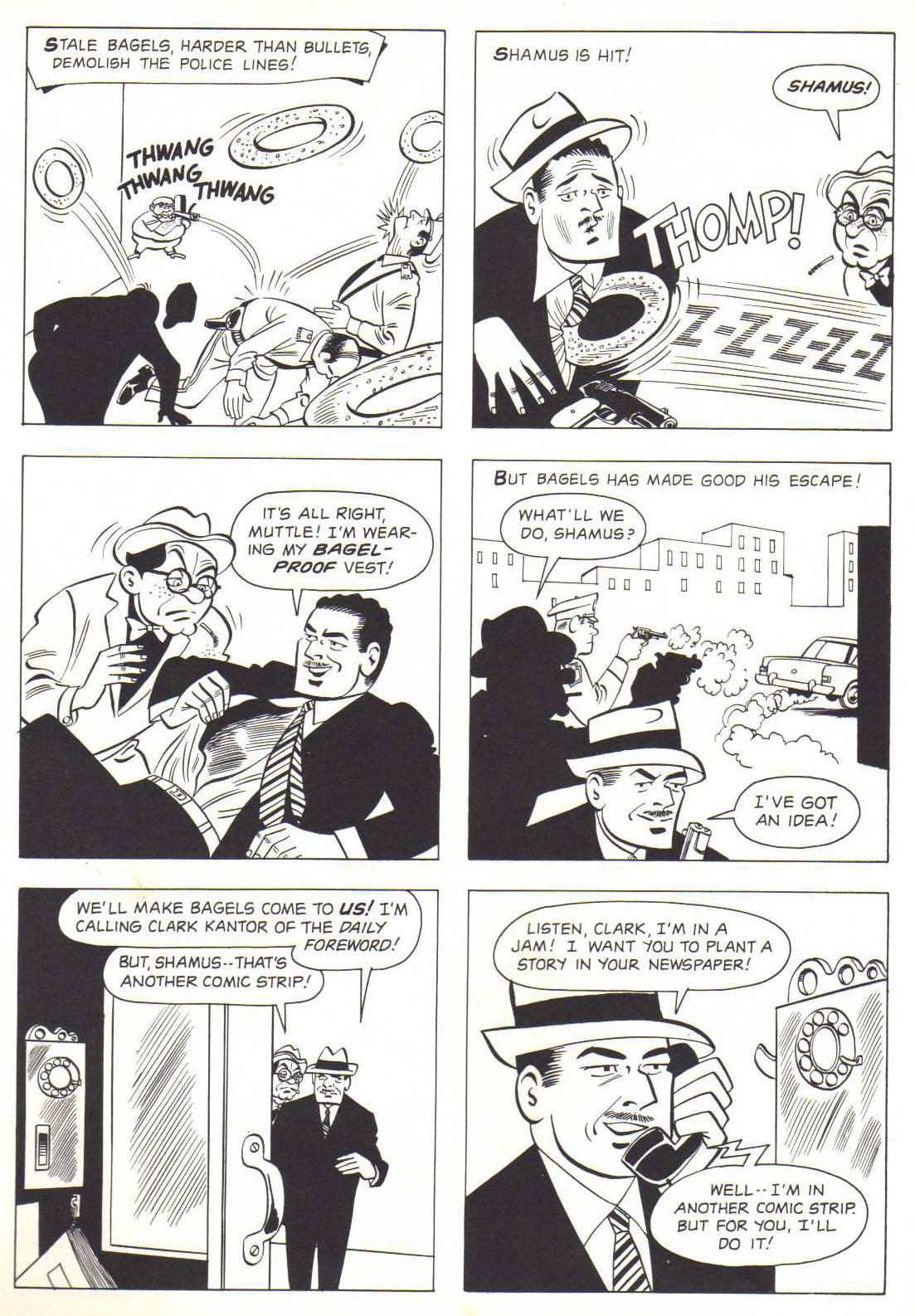 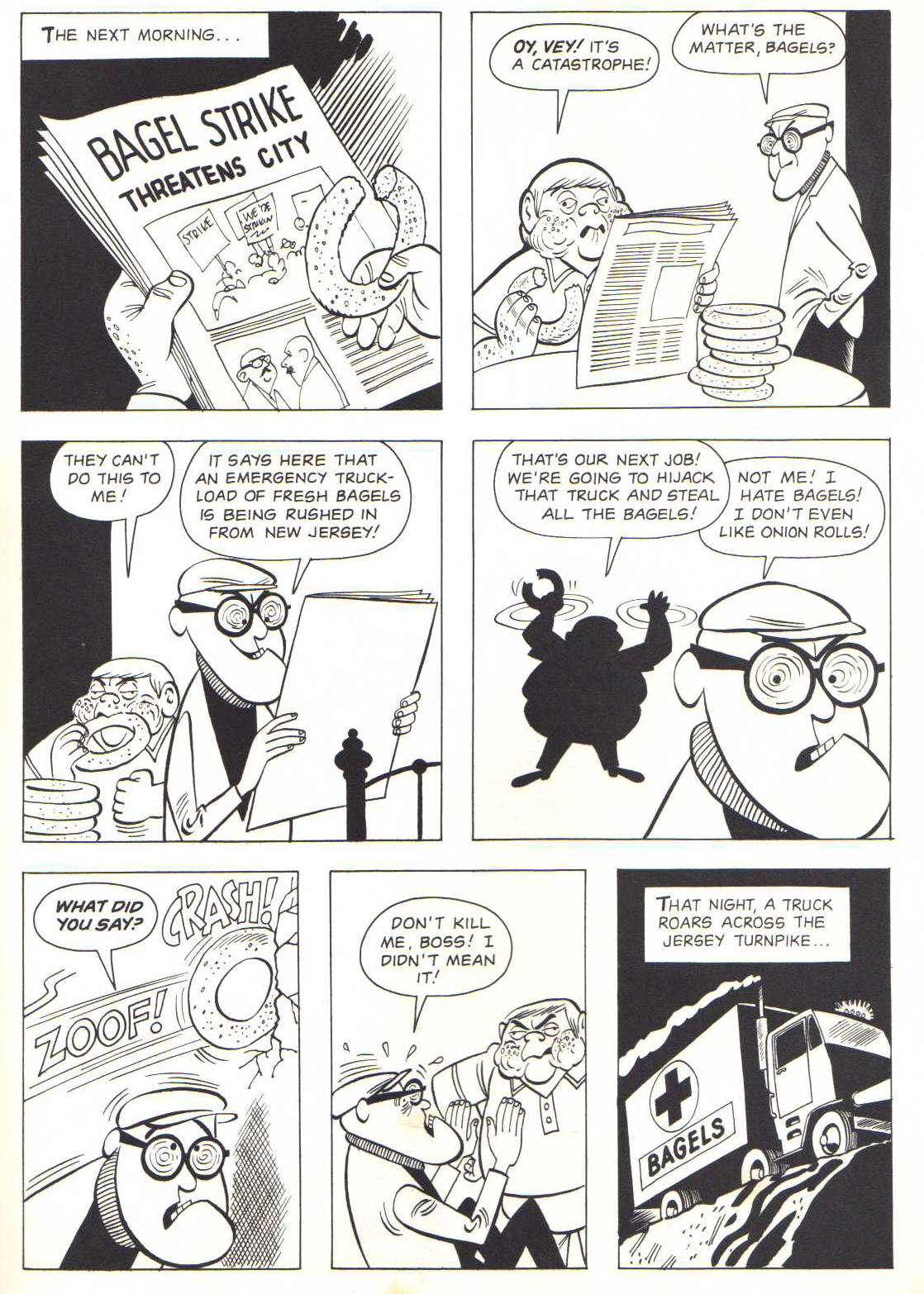 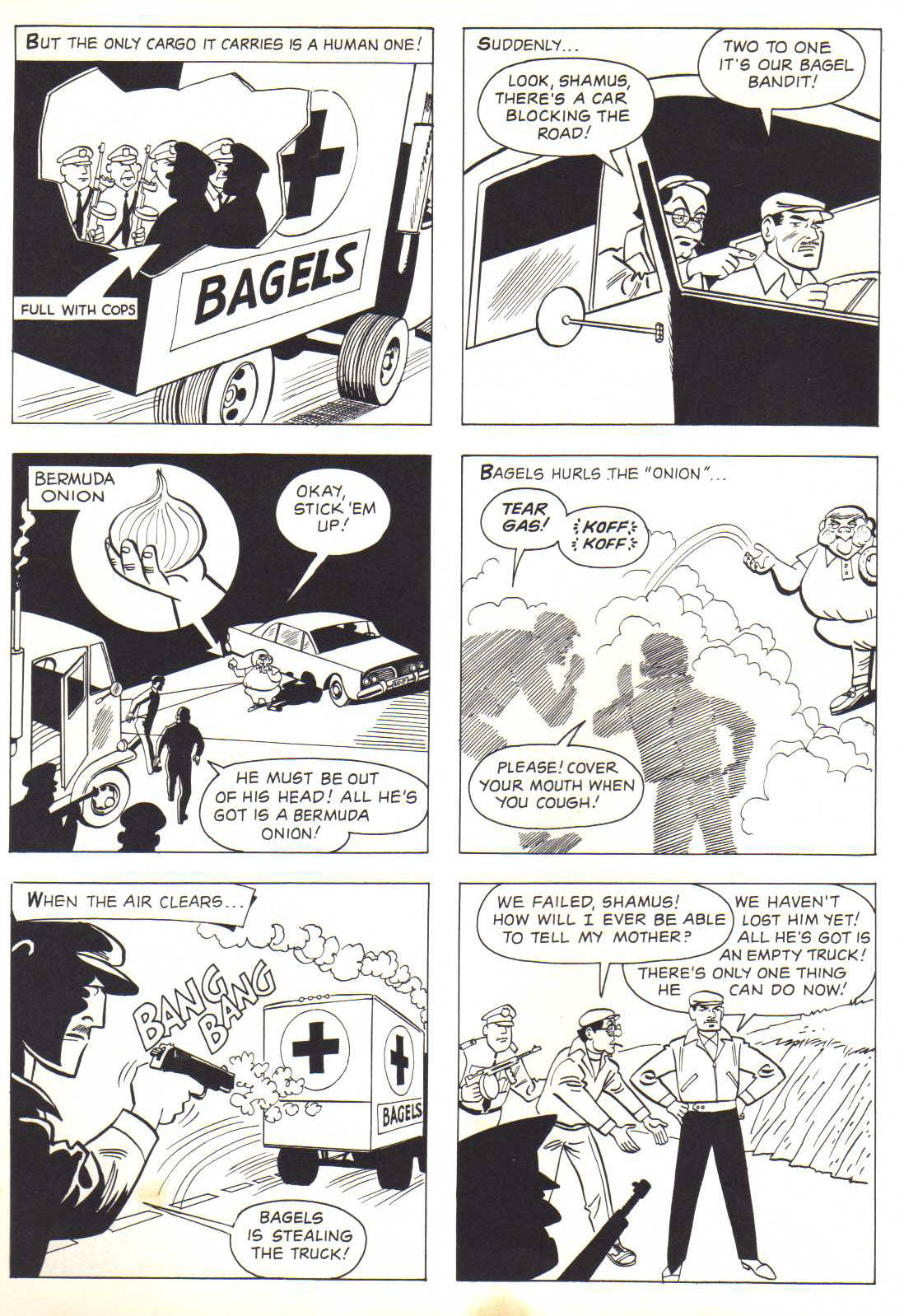 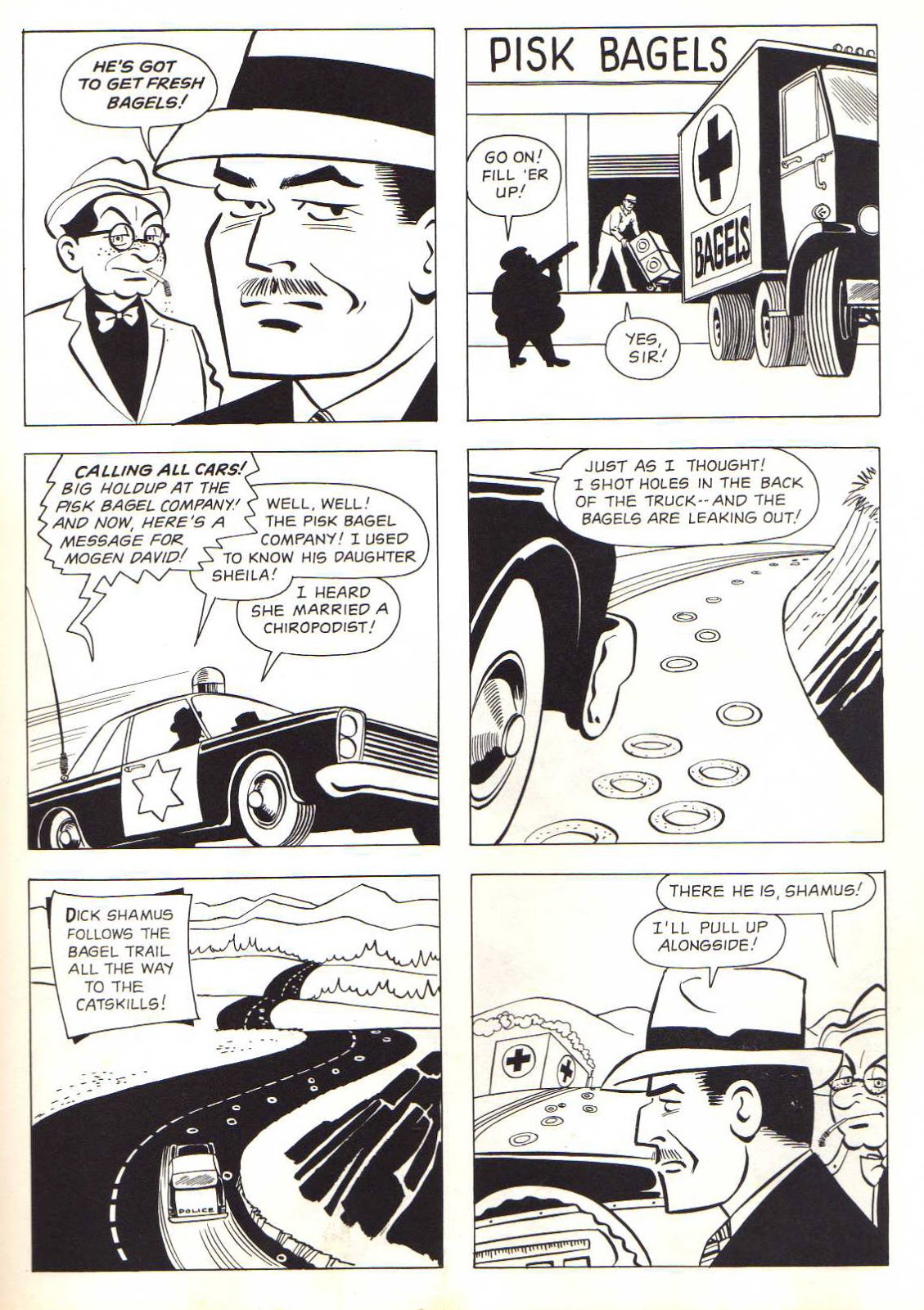 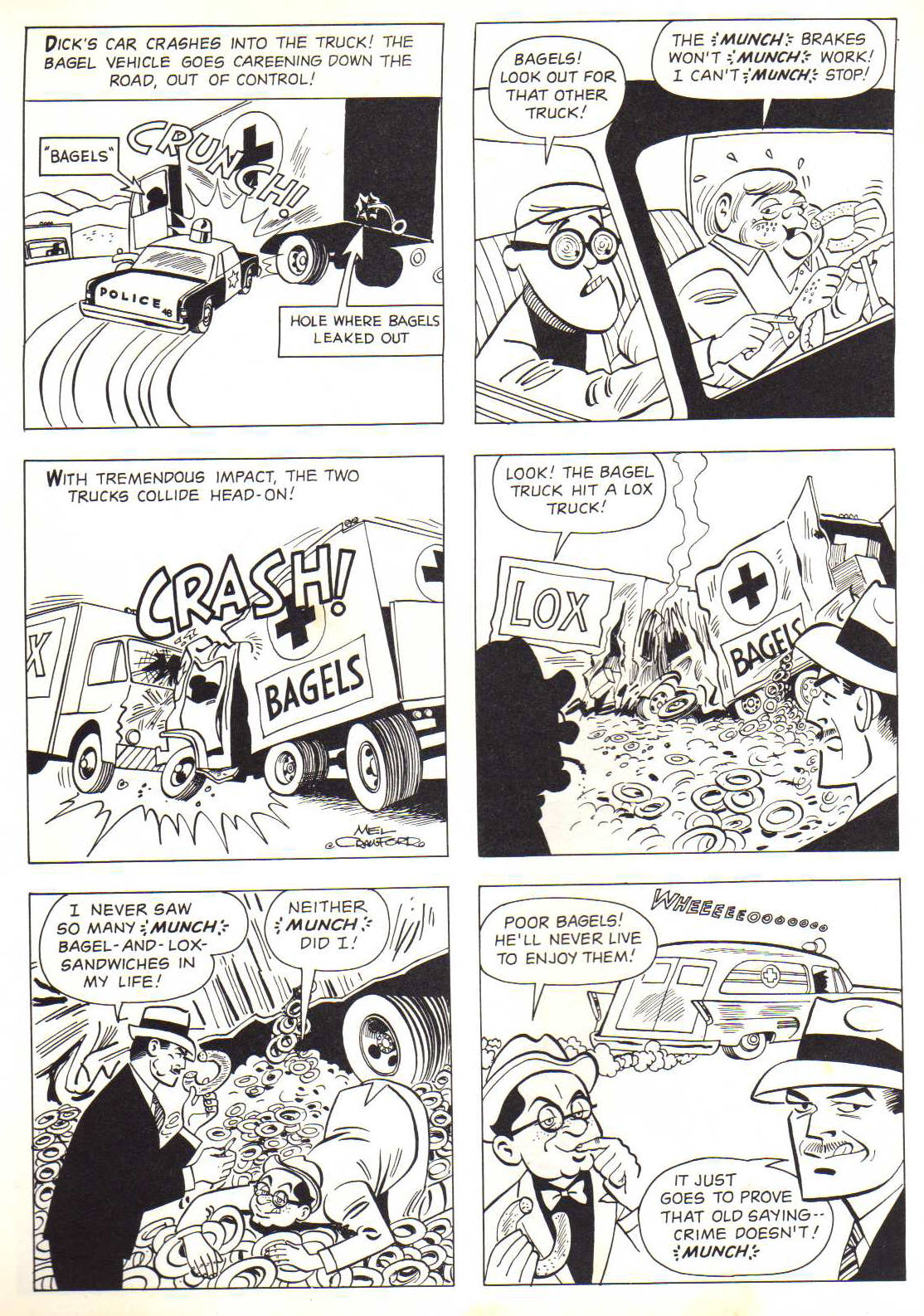 when i was a kid, the last panel of this comic strip appeared in a book anthology, history of the comic. i didnt know what Lox was, i barely knew what a bagel was. i thought LOX was Liquid Oxygen, which is what its labelled at NASA on the tanks of it. and my name is full on jewish. but my dad was a rocket scientist and wasnt raised jewish at all, so thats all i knew.