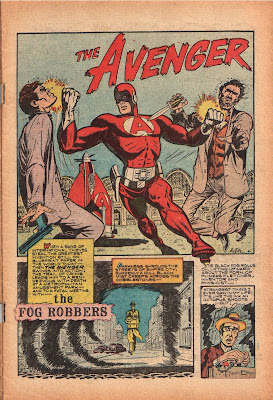 While Gardner Fox was, of course, instrumental in National/DC's superhero revival of the late 1950's, it is not as well known that he actually was way ahead of the game, creating THE AVENGER at ME Comics in 1955. While the character didn't run long, he would have fit in well with the coming Silver Age characters, seeming much more modern than his Golden Age predecessors. Although he started out working on Siegel and Shuster's FUNNYMAN, the art here is probably the first traditional superhero artwork from Dick Ayers, best known at the time for his war, western, horror and humor tales for ME, Atlas and others. Ayers would become a mainstay inker for Marvel in the sixties as well as longtime penciller on SGT FURY & HIS HOWLING COMMANDOS. 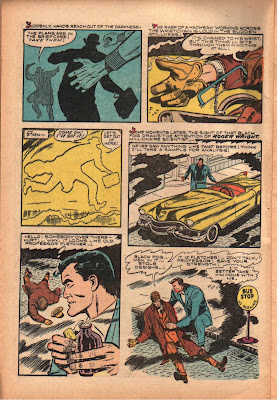 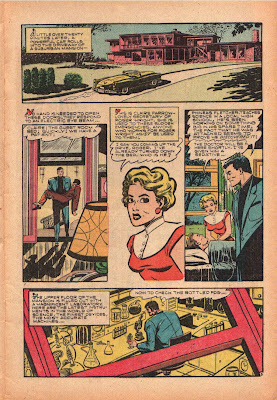 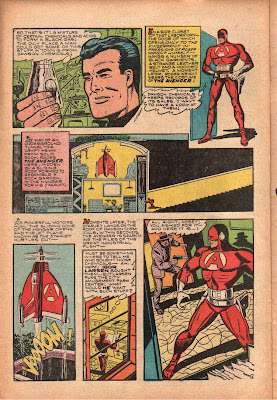 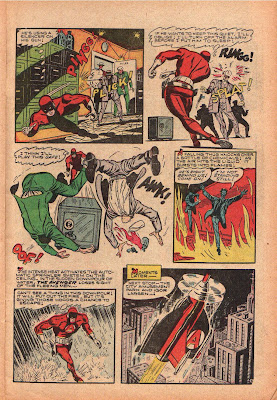 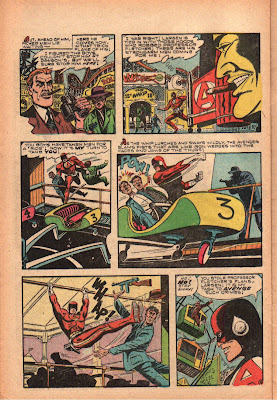 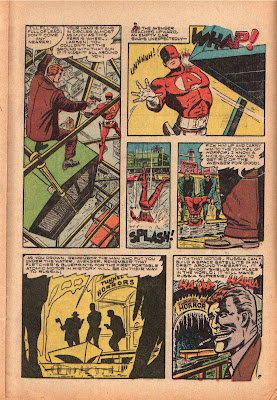 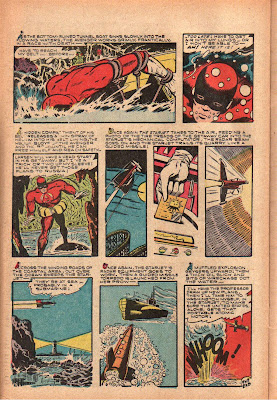