The Adventures of the Spoonmen-Harvey-1958 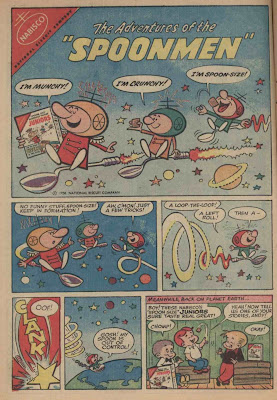 Mark Evanier wrote yesterday of the evils of Shredded Wheat when you're a kid. I have to say my own childhood experience agrees with him. This two page comic strip ad from 1958, however, at least goes a long way toward making Shredded Wheat Juniors sound promising! The ad appeared in Harvey Comics titles and I'd have to say, based on the red-headed kid's hair in particular, that it was drawn in-house by one of the Harvey artists. 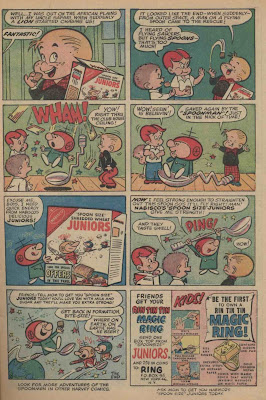