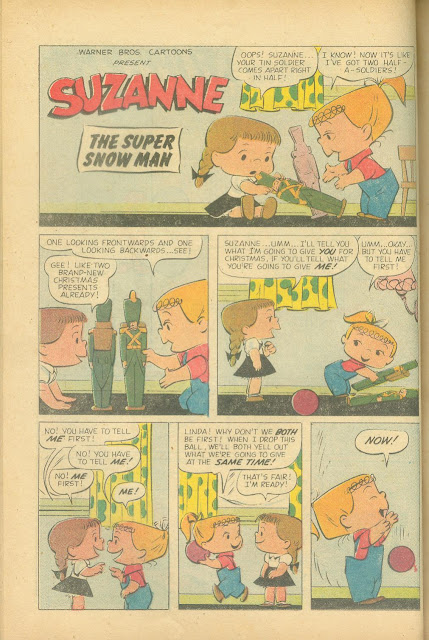 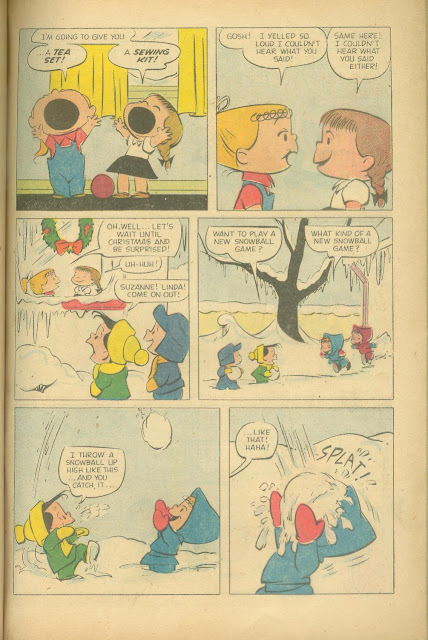 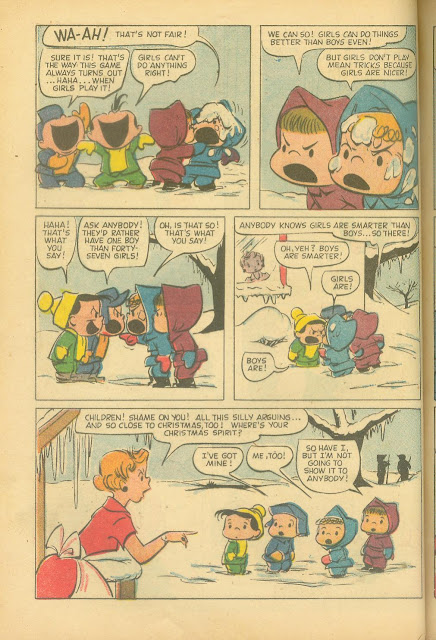 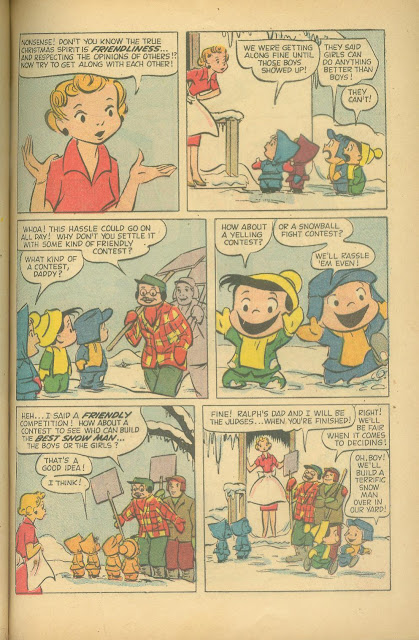 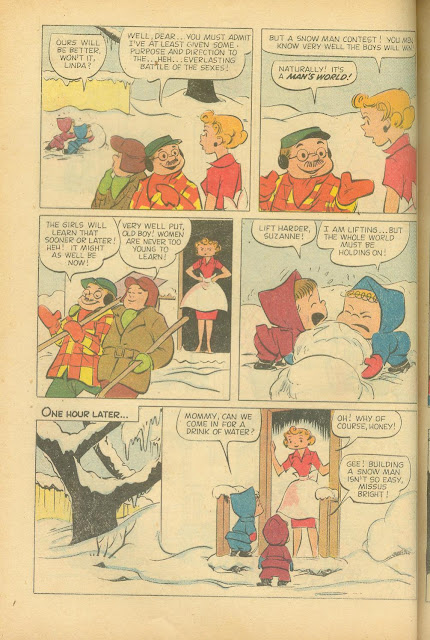 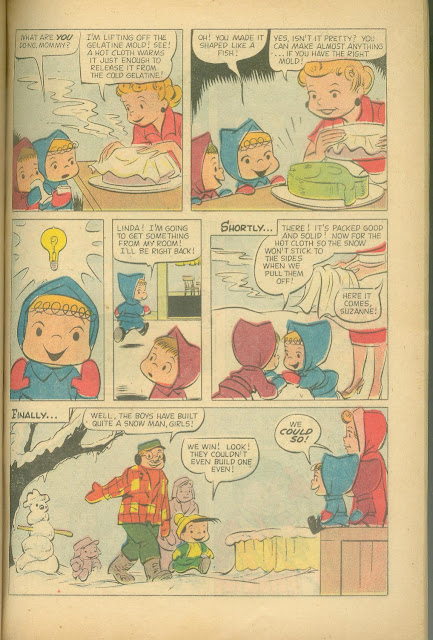 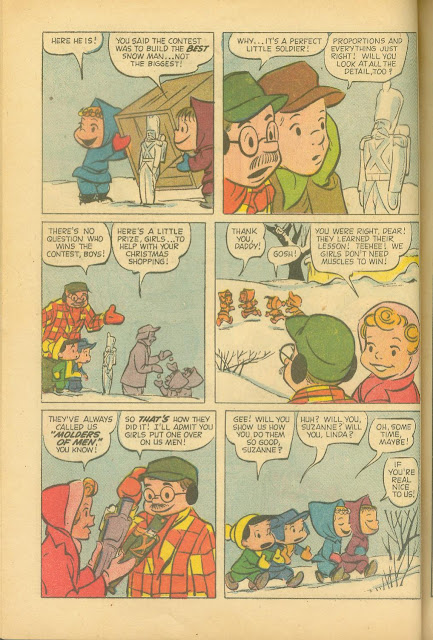 Great stuff from Dell's greatest days. SUZANNE was a clever-as-hell back-up series that ran in various Warner titles, 1956-61. She was developed from a very funny 1955 Friz Freleng Merrie Melodie.

The art here is by super-versatile Al Hubbard. Any idea as to the writer? Whoever it was, s/he certainly understood the relationships between little boys and girls in the 1950s.