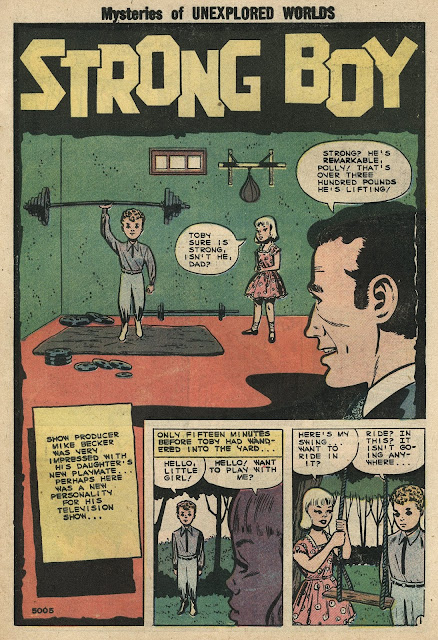 The story here is telegraphed. Nothing new. In fact, it's repeated just an issue or two later with an alien boy. What I find interesting is the art. The knowledgeable Nick Caputo says it's Fraccio and Tallarico but I think I disagree. They're ususally pretty recognizable? Fraccio on his own? Inked by someone else maybe? Don't know. It isn't great comics art no matter who did it but I find it interesting and out of the norm for Charlton comics of the day. 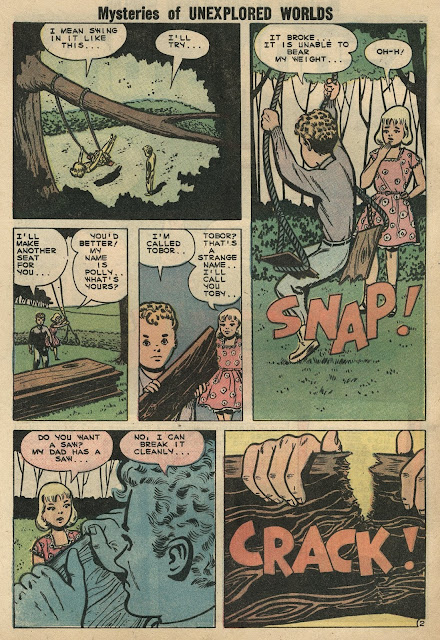 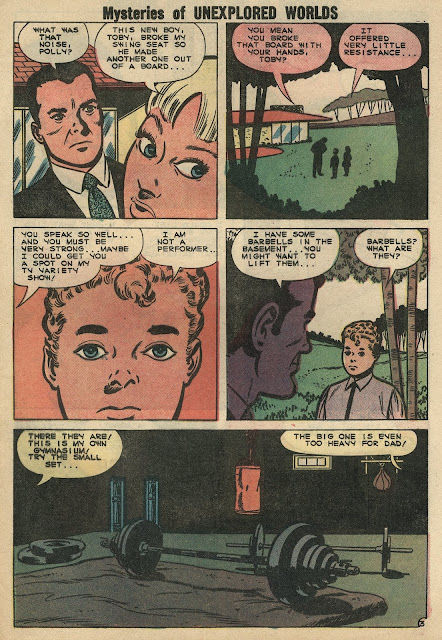 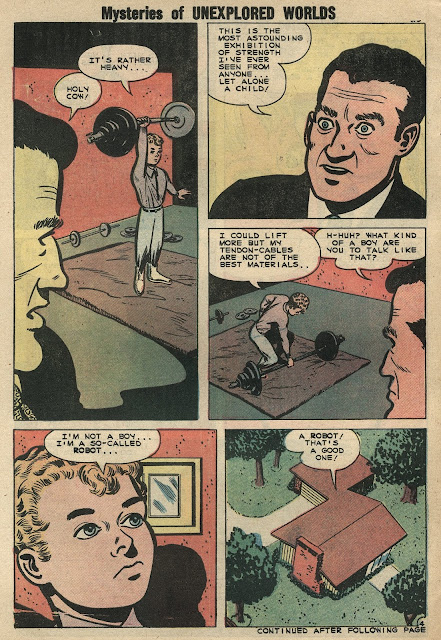 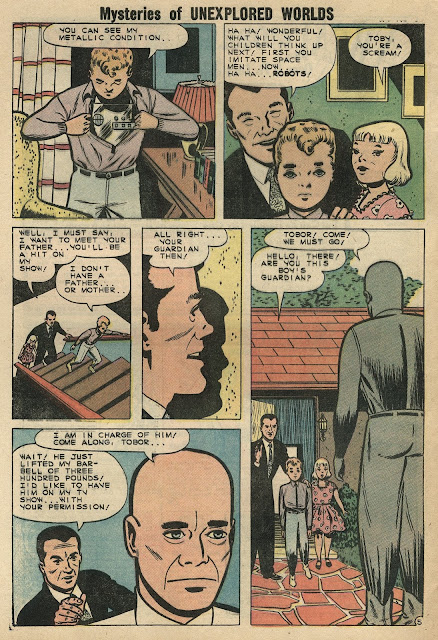 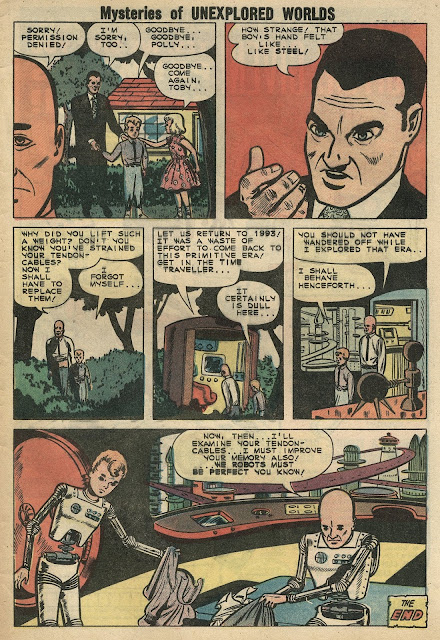