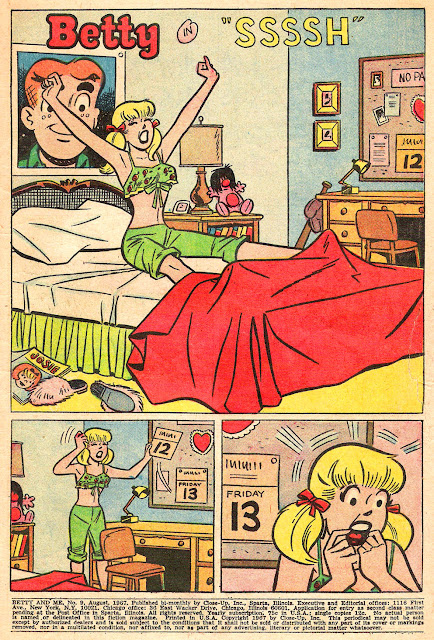 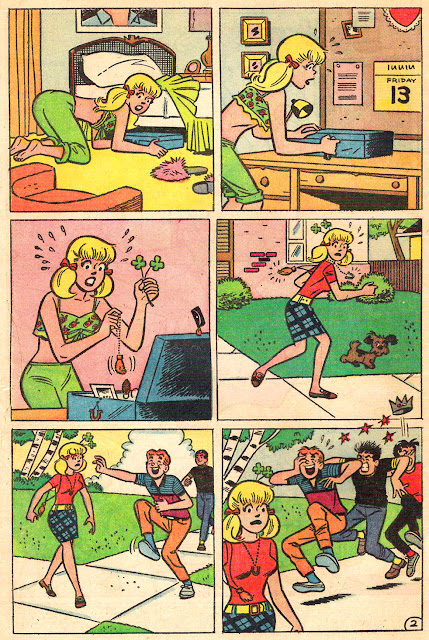 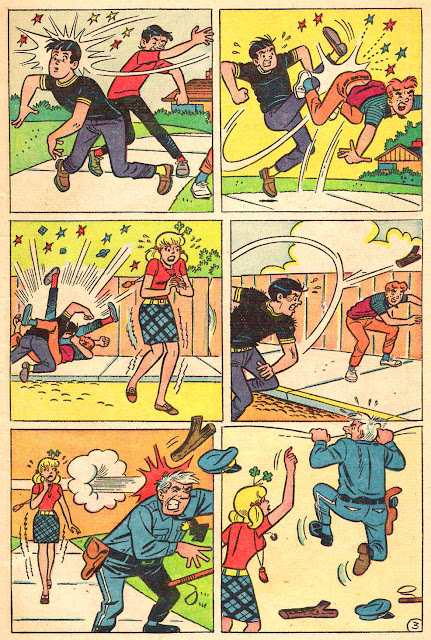 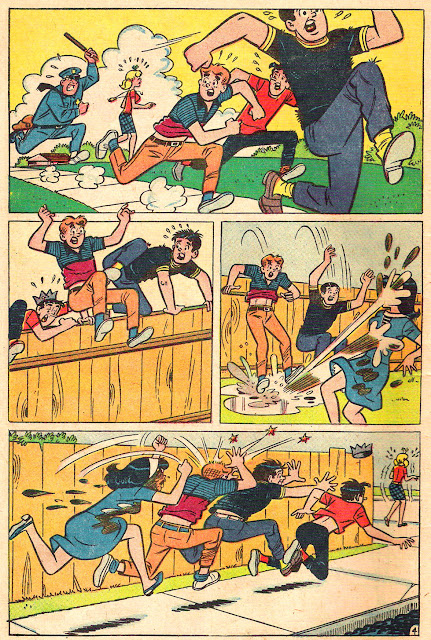 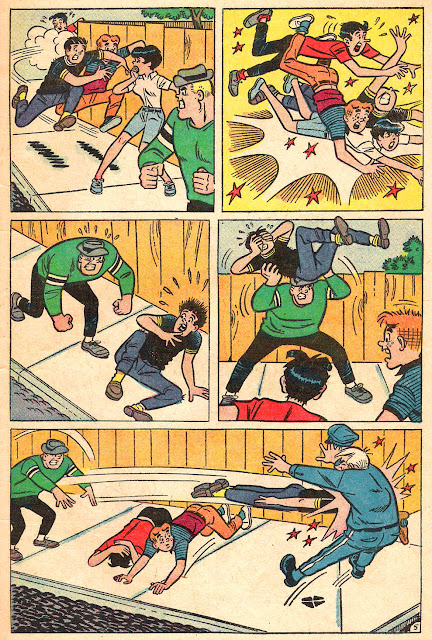 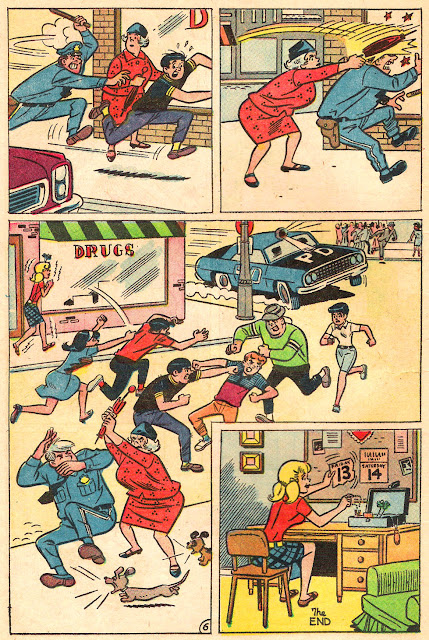 I think there are some missteps in this story, the biggest one being the ending--I mean it's not the next day, is it? and Betty is the only one to avoid bad luck, isn't she?--but I also don't get why the old lady goes after the cop or--to a lesser extent--why Moose singles out Reggie.

And, though I kinda like both, I don't think the cop clawing up the panel or having a rubber body that a Moose-thrown Reggie's head can superdeform through to his back really fit the rest of the story.

Still, I do like it. The police back-up screeching in & the crowd of onlookers are cool touches. It's also interesting that there's no real main character. I'm tempted to say it stars the Archie gang, but that no-name cop gets a lot of 'screen time'. And--except some motivations I've mentioned--it's perfectly clear what's going on & how the characters are feeling.

I can help you a bit with the so called "missteps"...No, it is NOT the next day, but she has gratefully survived thru THIS day and sitting there, putting away her "good luck" charms (horseshoe, rabbit's foot, and 4leaf clover), she had to look at that awful "friday 13" wording staring her in the face. She just up and ripped it off to put it in the trash...She was indeed the only one to avoid bad luck, thanks (in HER mind) to the talismans she used.
The old lady goes after the cop cuz she witnesses police brutality by the cop on Reggie...And the cop is going after Reggie cuz he's the nearest one to grab. We as the audience are aware that Reggie Is the guilty party (having hit the cop with the chunk of firewood), and he's also the perennial "bad boy", so we are quite happy to see Reggie get clobbered...Moose gets Reggie, again cuz we want to see Reggie "get it"... We don't like to see Jug or Archie get clobbered by our friend Moose, but it's actually fun to see Reggie get clobbered... Dan deCarlo knows his audience...