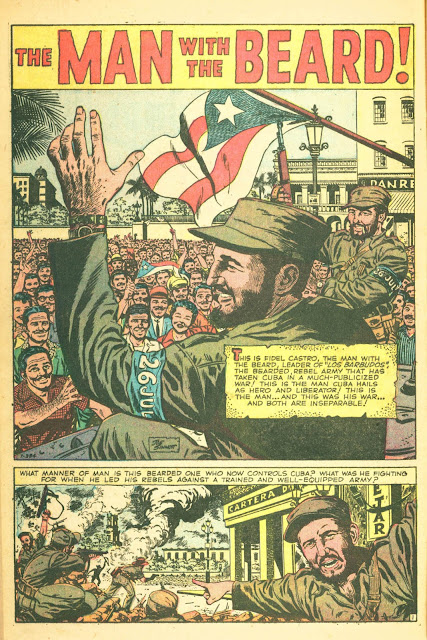 Bet you didn't know the now late Fidel Castro had been a Marvel character! In 1959 he was a revolutionary and there were hopes he would bring peace to Cuba. Who could have predicted then the Communist demagogue he would become who would oppress and torture his own people and who admitted that he came close to nuking the US in 1962? 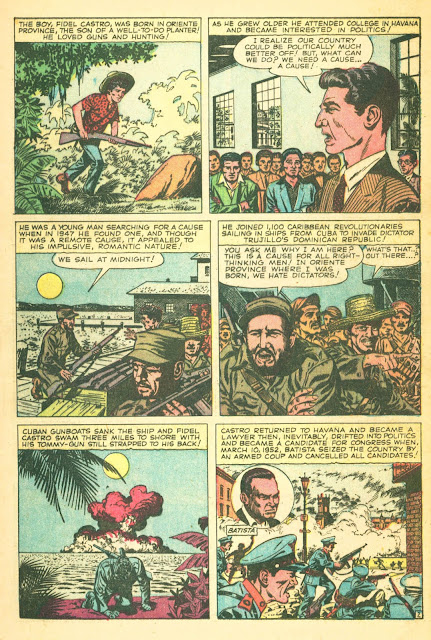 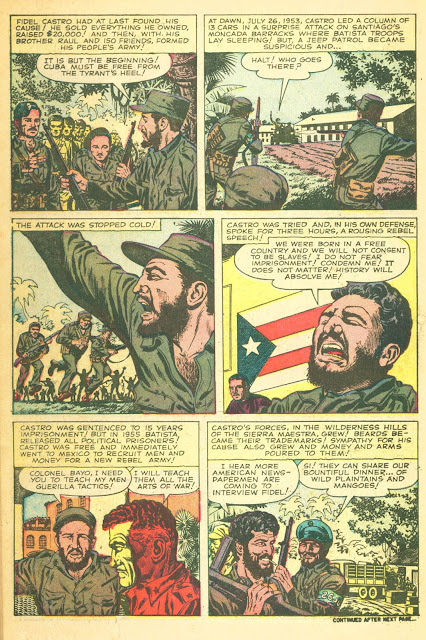 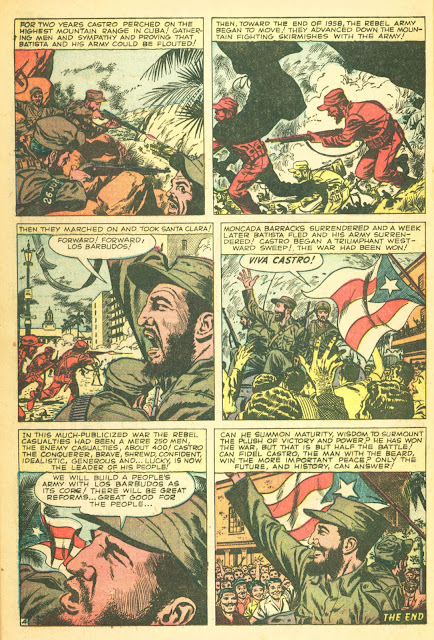 Posted by Booksteve at 7:00 AM

After barking for years that America would transform Iraq into America Junior, George Will finally faced at least one fact: America's successful democracy was a million-to-one lucky shot that may never happen again. Uneducated masses flock to foreign-backed strongmen and despots, bewail their abuses, then flock to the strongmen and despots who usurp them.

And now America itself has a President-elect who refuses to attend national security briefings and once wondered aloud why America doesn't use nukes more often. So yeah, enjoy it while it lasts.

Some background:
"[Anthony DePalma's] research led him write a book about the late Times reporter, Herbert Matthews, 'The Man Who Invented Fidel.'
"Matthews is the ghost of the story. He was a Times editorial writer when he took a reporting trip to Cuba in 1957 and extolled Castro, then a very young rebel leader. He was spun like a top by Castro and romanticized the Cuban. Matthews' portrait of a supposed freedom-seeking non-communist became big news.
"Matthews' puffery evolved into professional notoriety for him and the paper."
http://www.poynter.org/2016/the-story-behind-the-new-york-times-remarkable-fidel-castro-obit/440331/