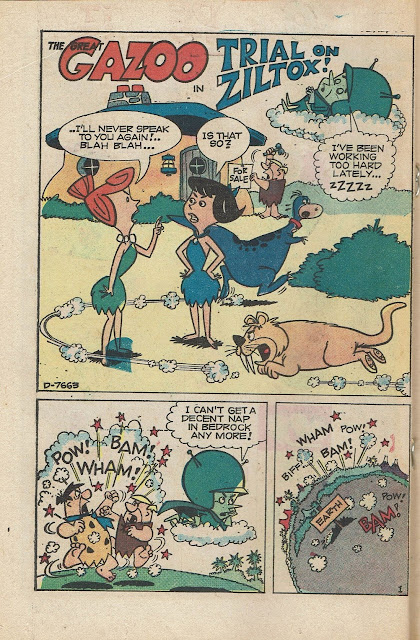 One of the surprise treats in recent comics has been DC's new FLINTSTONES title. Fred and Wilma and all their friends first appeared in comics from Dell in 1961. Their adventures continued from Gold Key, Charlton and even Harvey. It may only have been at Charlton, though, where the Great Gazoo--the animated Cousin Oliver of his day--not only appeared but actually had his own comic for 20 issues that was still running a full decade after the final original episode of THE FLINTSTONES!

Imagine Harvey Korman's best supercilious voice for Gazoo as you read this. 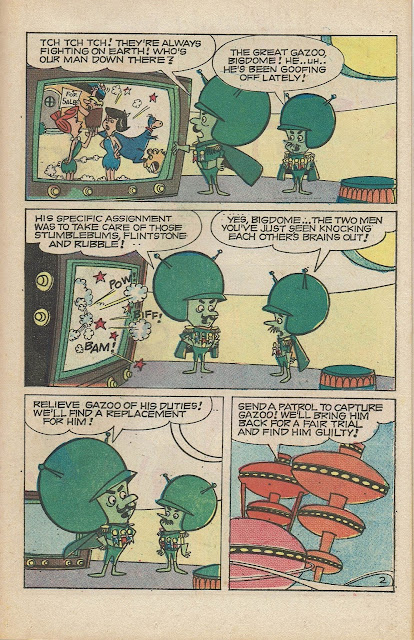 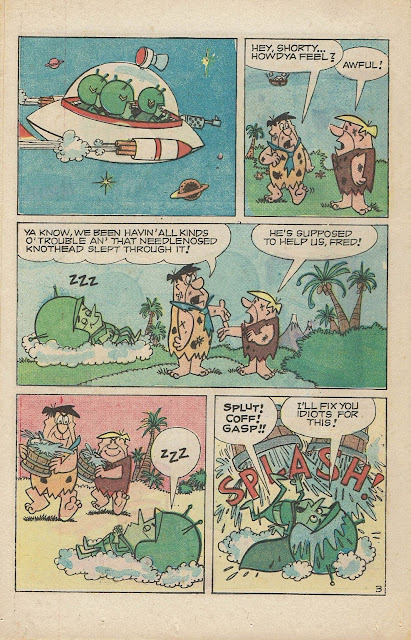 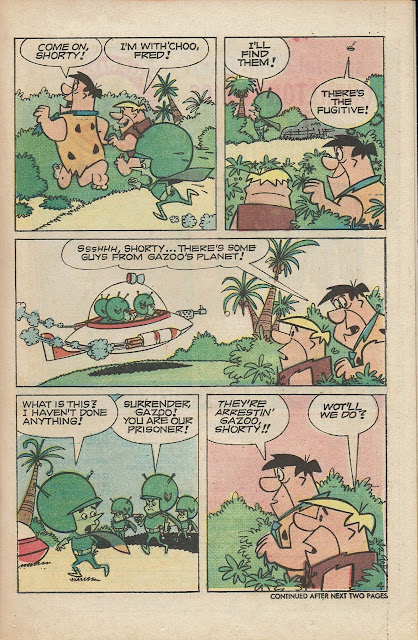 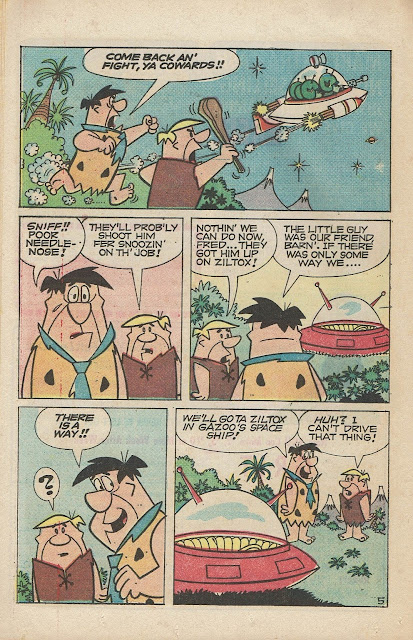 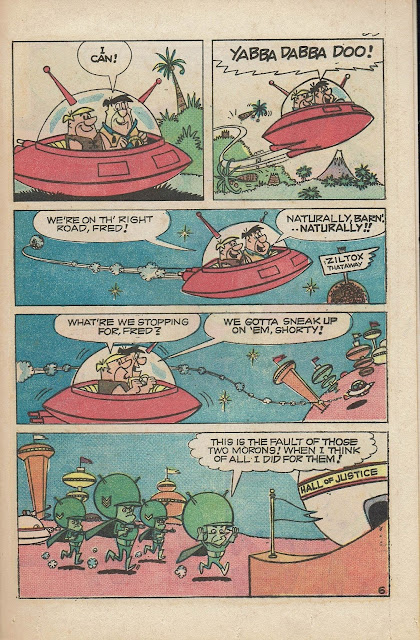 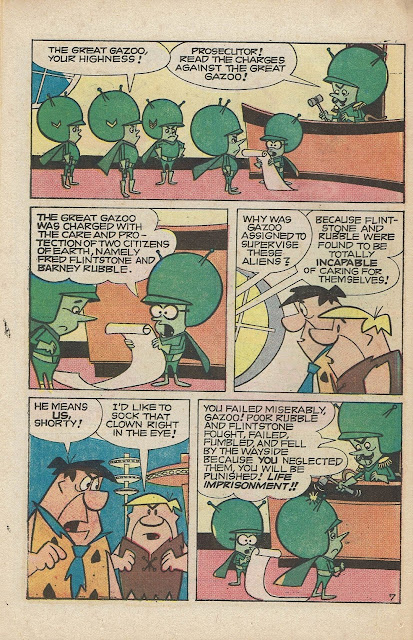 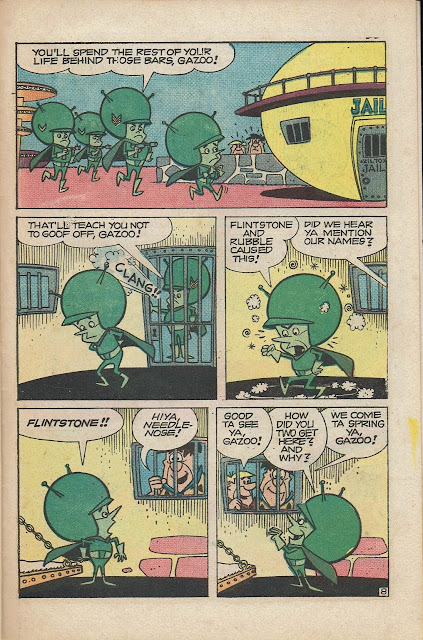 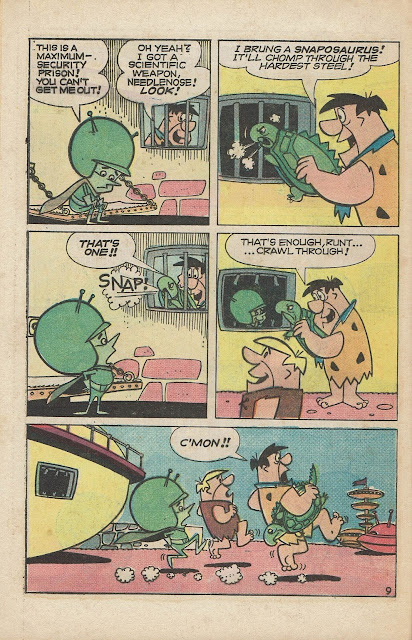 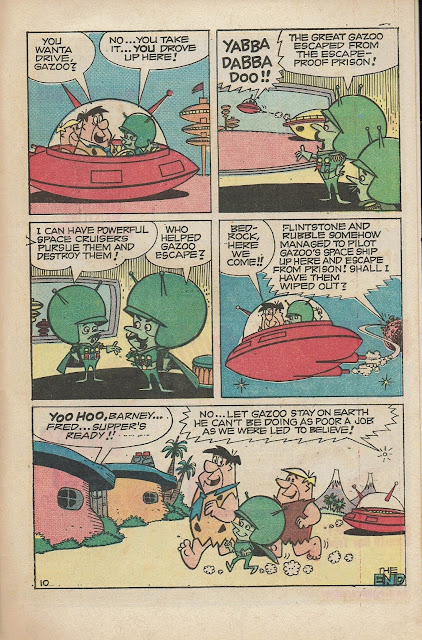 Can't say as I remember Fred ever calling Barney "Shorty" as often as he does here. Cute story. Thanks!!

I bought the first issue of Charlton's Great Gazoo comic book back in the day and have always been annoyed by his homeworld being called Ziltox, since I remember Gazoo calling his world on the Flintsones TV series "Zaytox." How Charlton could goof up majorly on that has annoyed me since the time that first issue came out.