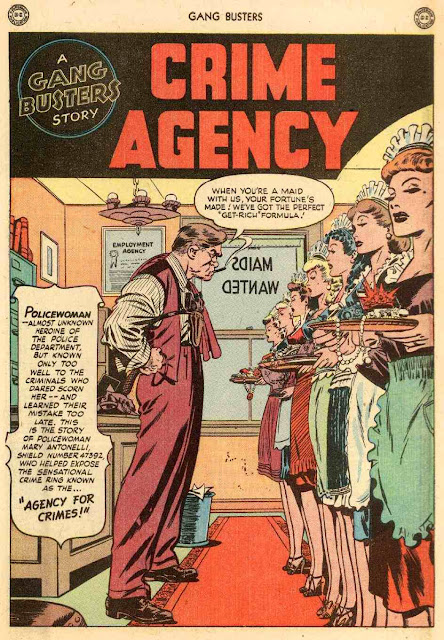 GANGBUSTERS was based on, or rather inspired by, radio's violent series of the same name. Initially it appeared as a short feature in Dell Comics but as crime comics became a big deal, National  went so far as to give it its own title, essentially an anthology crime series. Some real nice art here, credited to Flash Gordon's second father, Dan Barry. I'd swear that girl at right in the splash was drawn by Kirby, though. 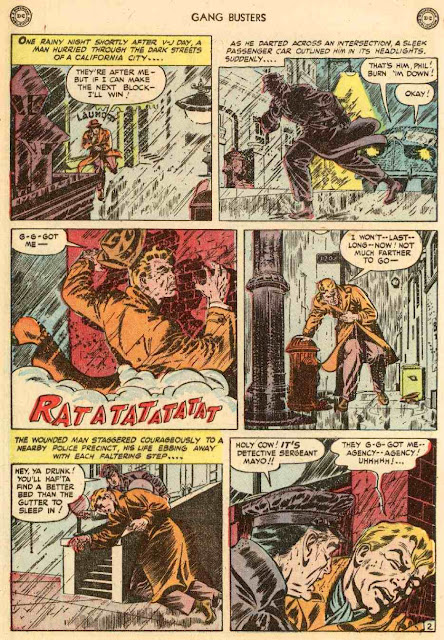 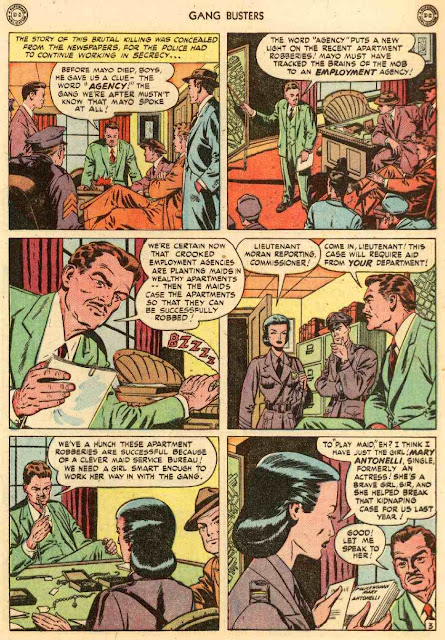 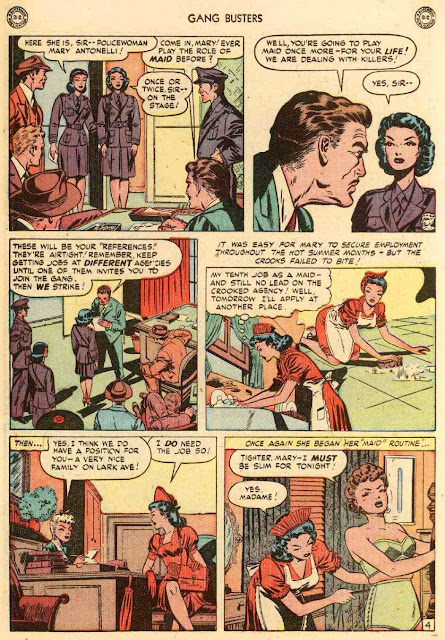 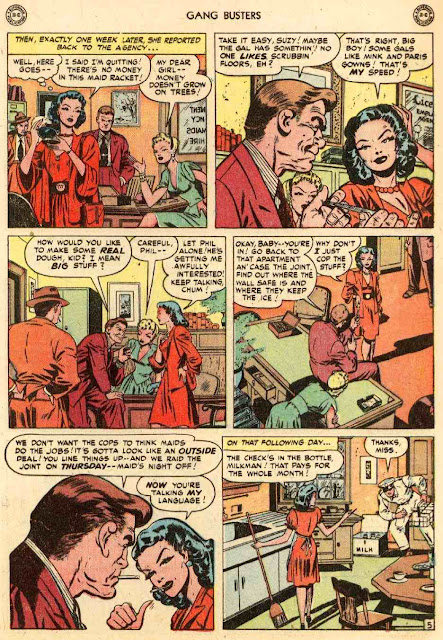 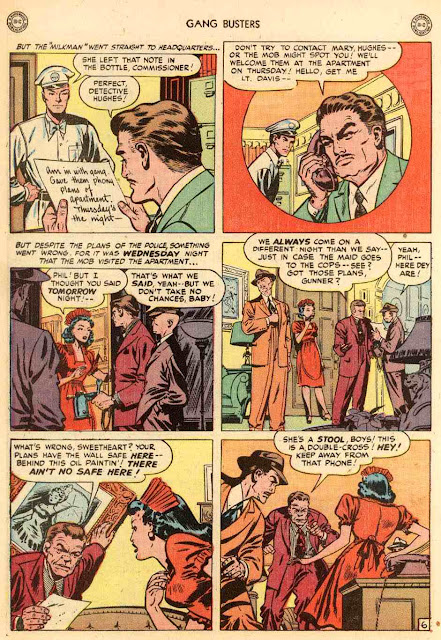 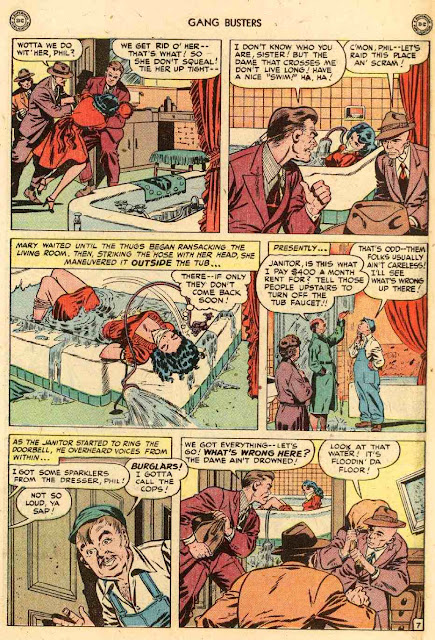 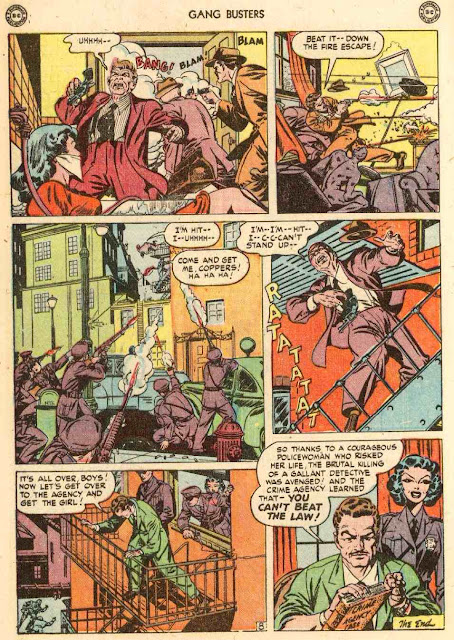