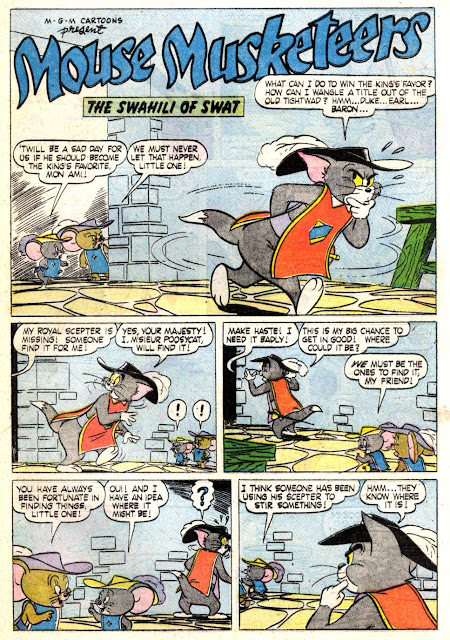 Not the Mouseketeers, the Musketeers or even the Mesquiteers, here we have the Mouse Musketeers, loosely inspired by the popular Tom and Jerry cartoon with Tuffy--"Touché, M. Poosycat!"It was popular enough to merit its own title for nearly three years! Artist Lynn Karp had two brothers who were comics writers! He had worked as a Disney animator early on. This was getting near the end of his prolific funny animal/licensed character-related comics career. 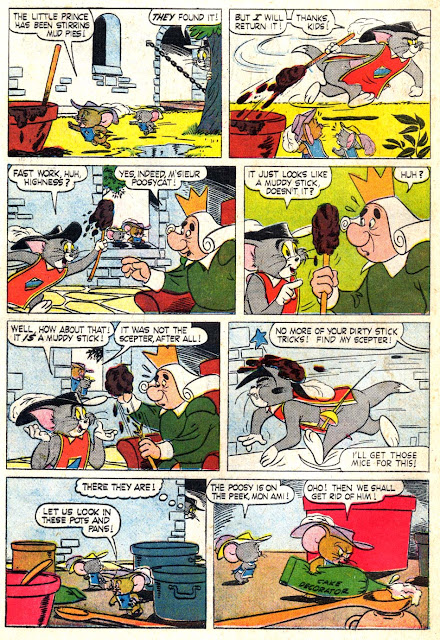 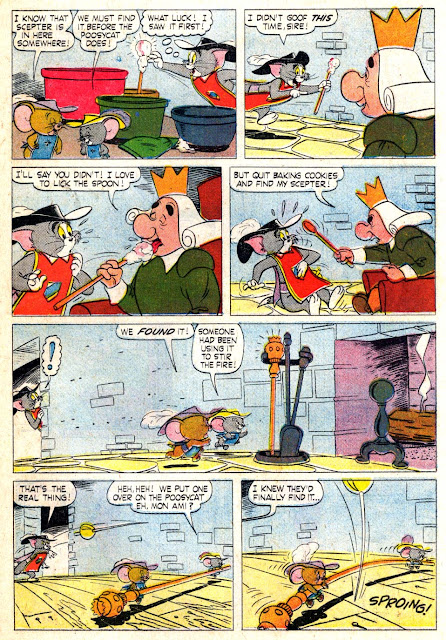 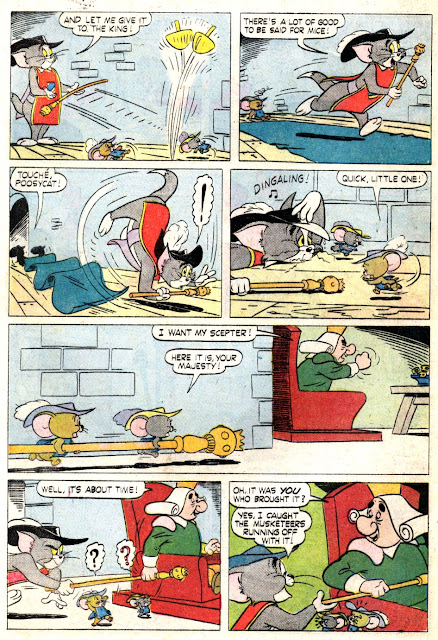 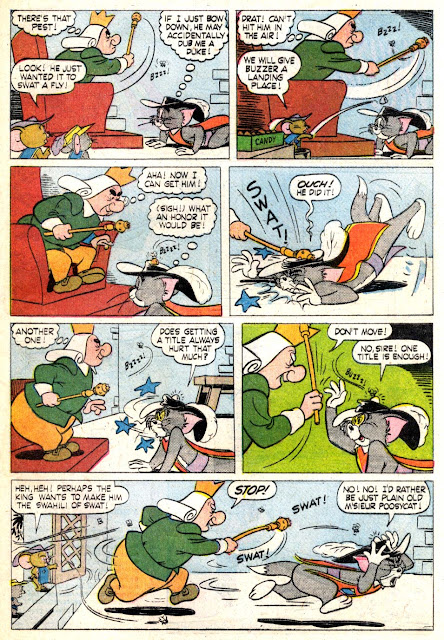