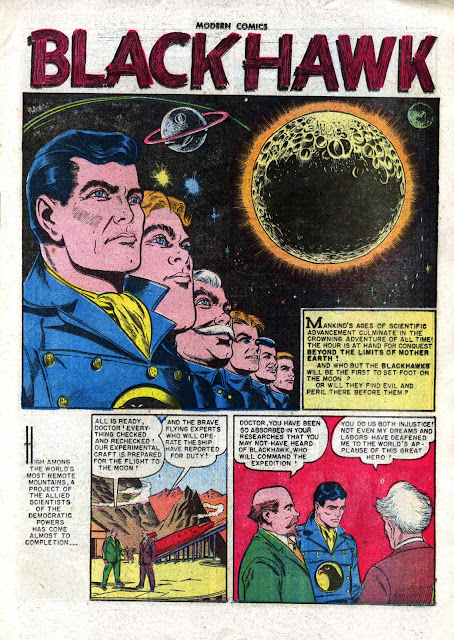 One of the last Blackhawk stories in MODERN COMICS, which succeeded MILITARY COMICS, where the feature first appeared a decade earlier, this particular adventure is a bit of a harbinger of things to come as the original Magnificent Seven have an adventure...in SPAAAAACE! Nick Caputo ID's future Legion of Super-Heroes artist Forte as the artist here and that looks about right to me with all the space stuff. Cuidera was, of course, the default inker on BLACKHAWK for much of its entire original run at both Quality and DC. In later years, he even claimed to have created the character. 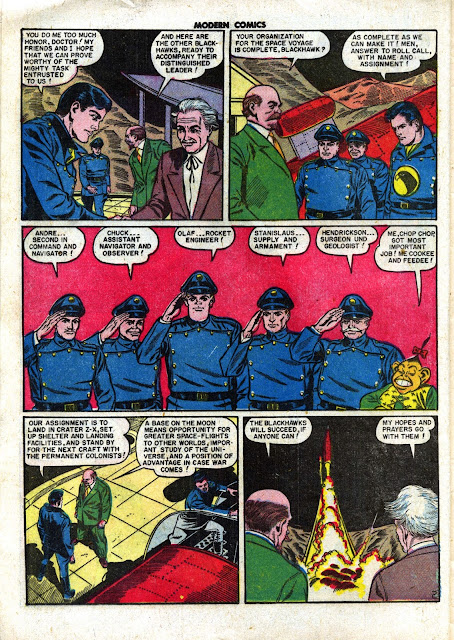 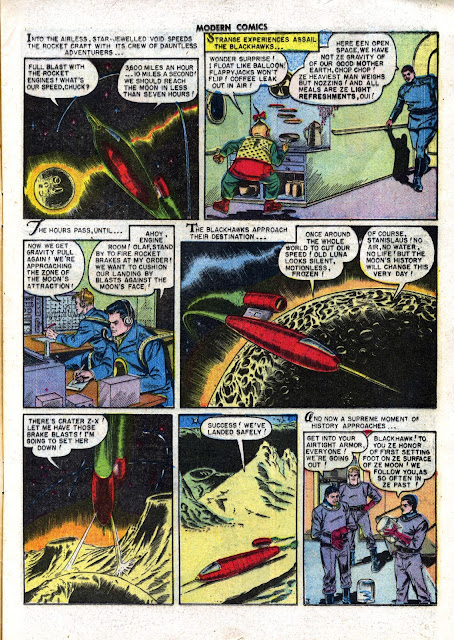 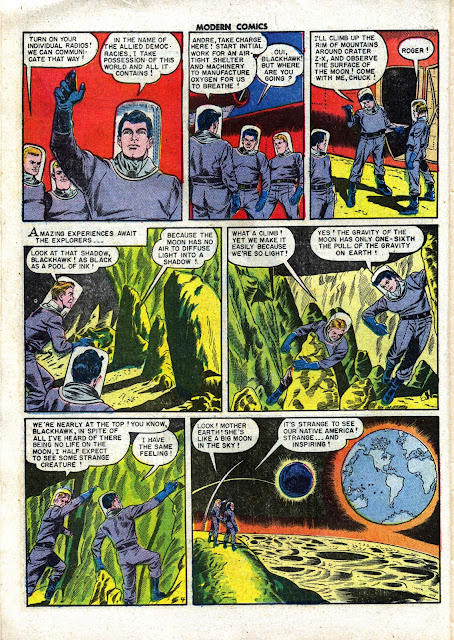 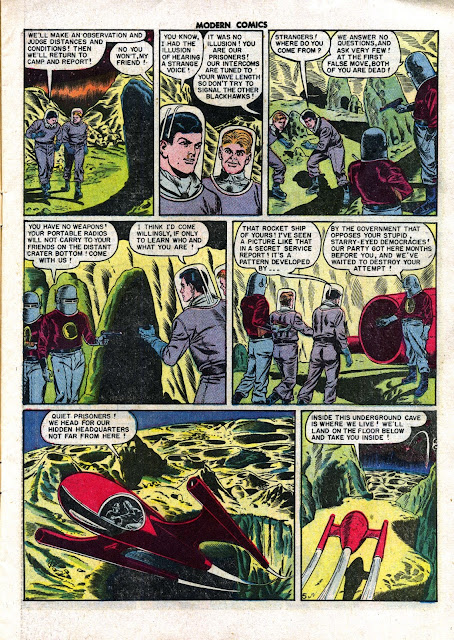 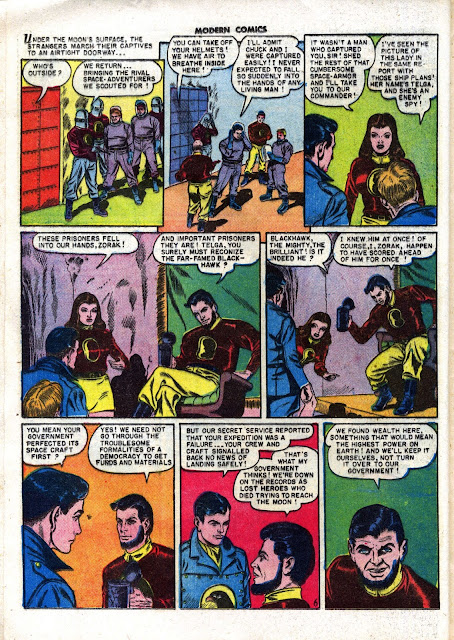 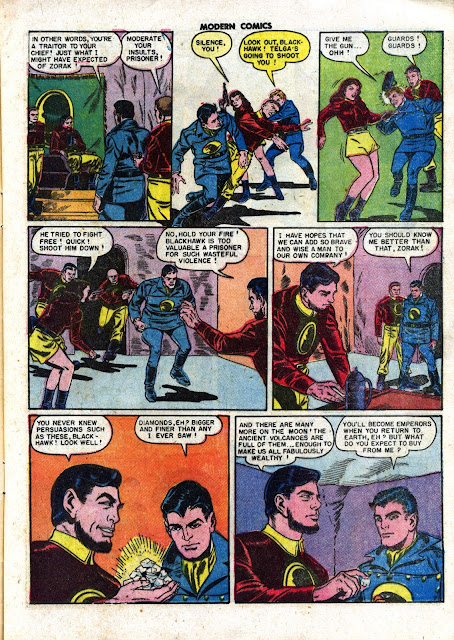 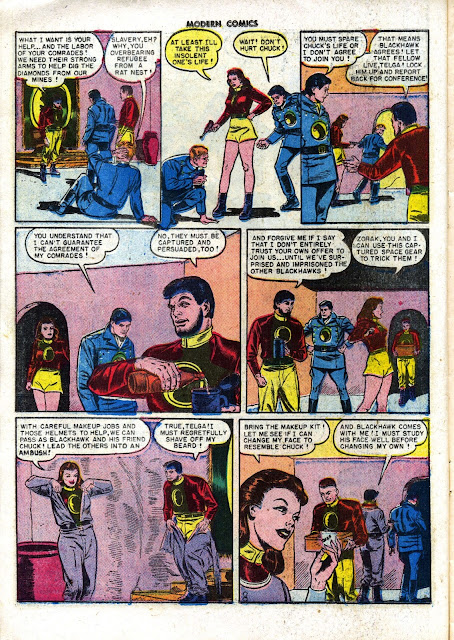 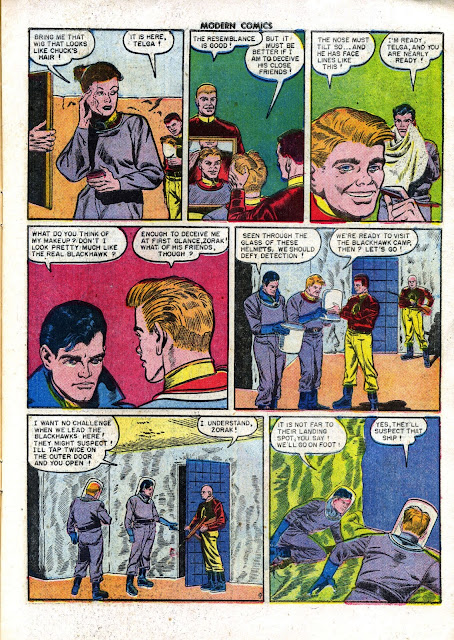 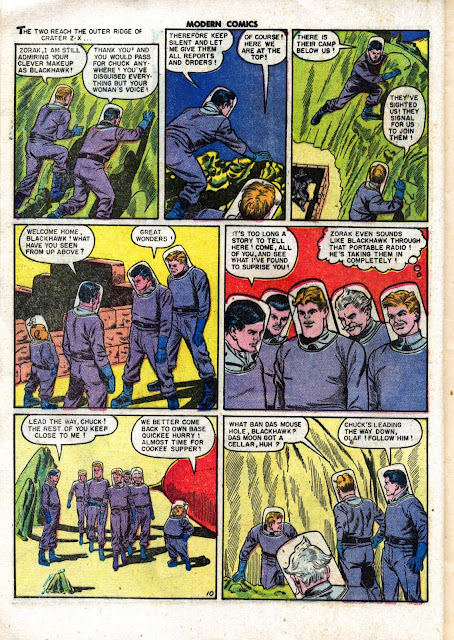 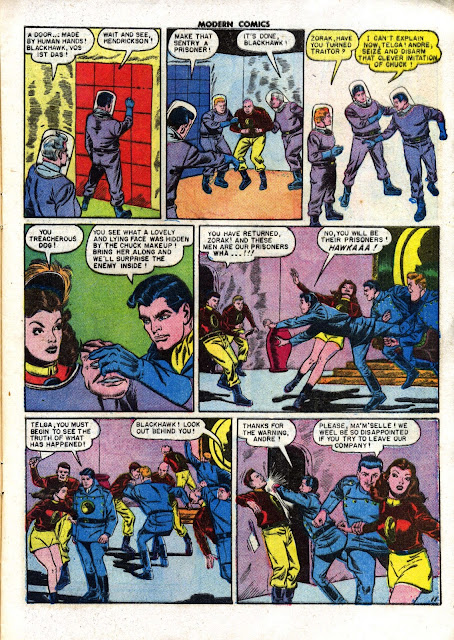 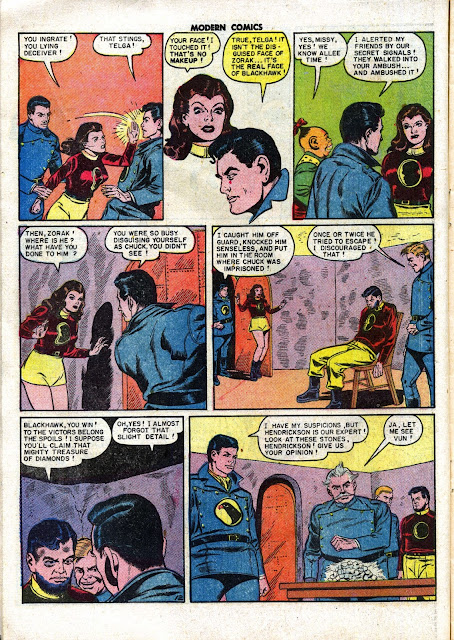 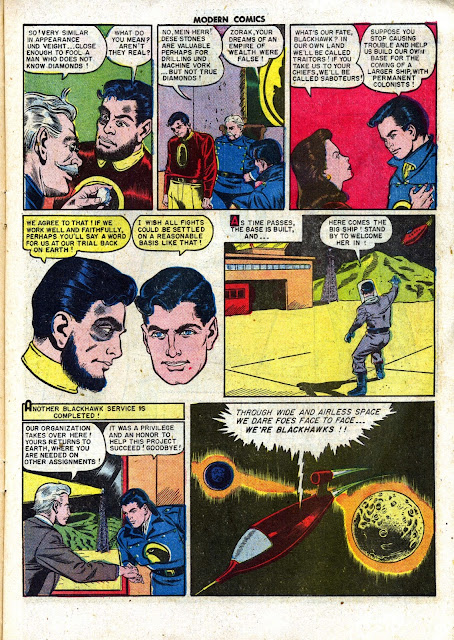