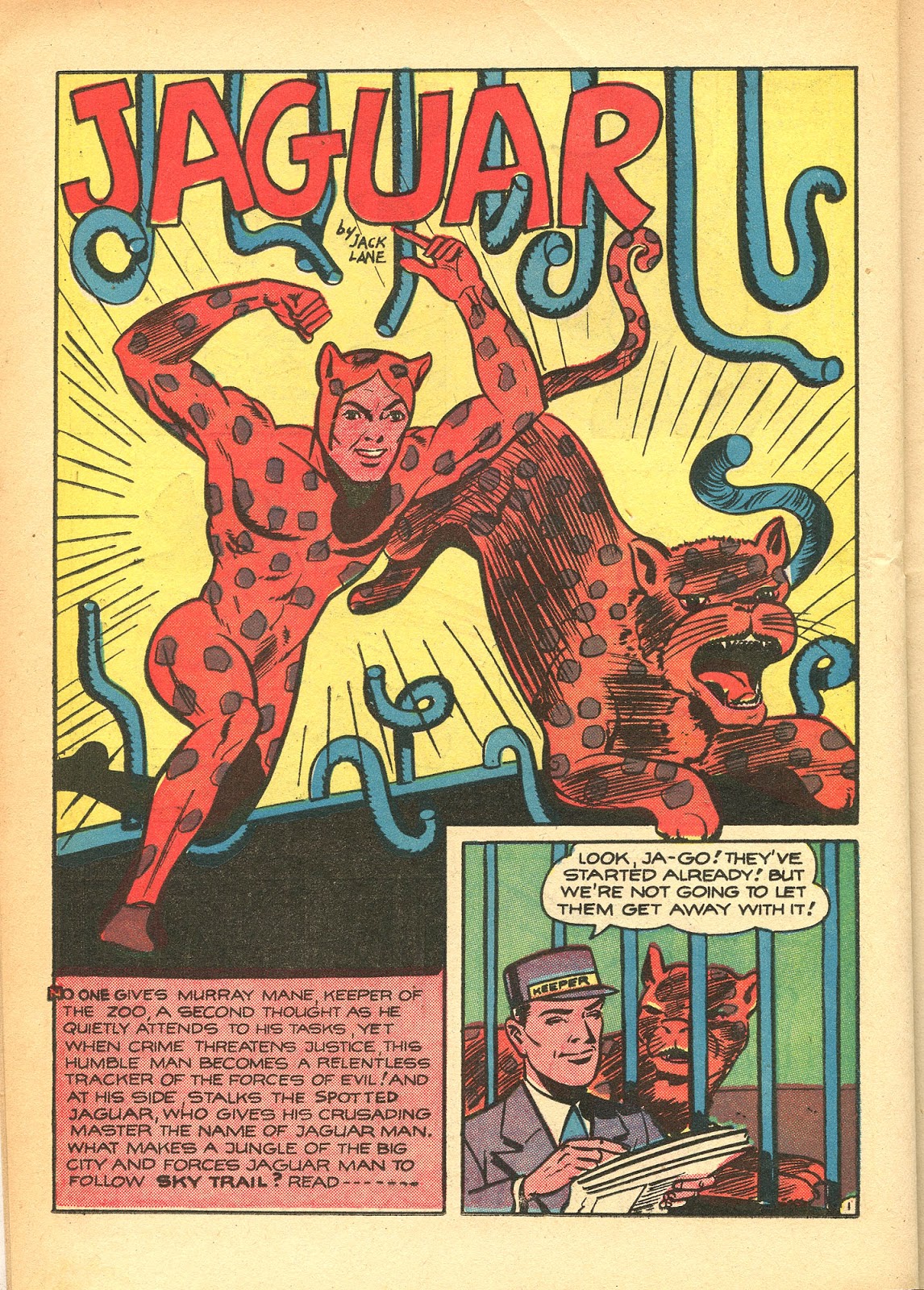 Looks like this was a one-shot superguy just as interest in same was starting to wane a bit. GCD says Jack lane was the writer (although it could be a house name) but doesn't speculate on the artist. Kind of looks familiar, though. Reminds me of early Jim Mooney in spots. Anyone care to weigh in? 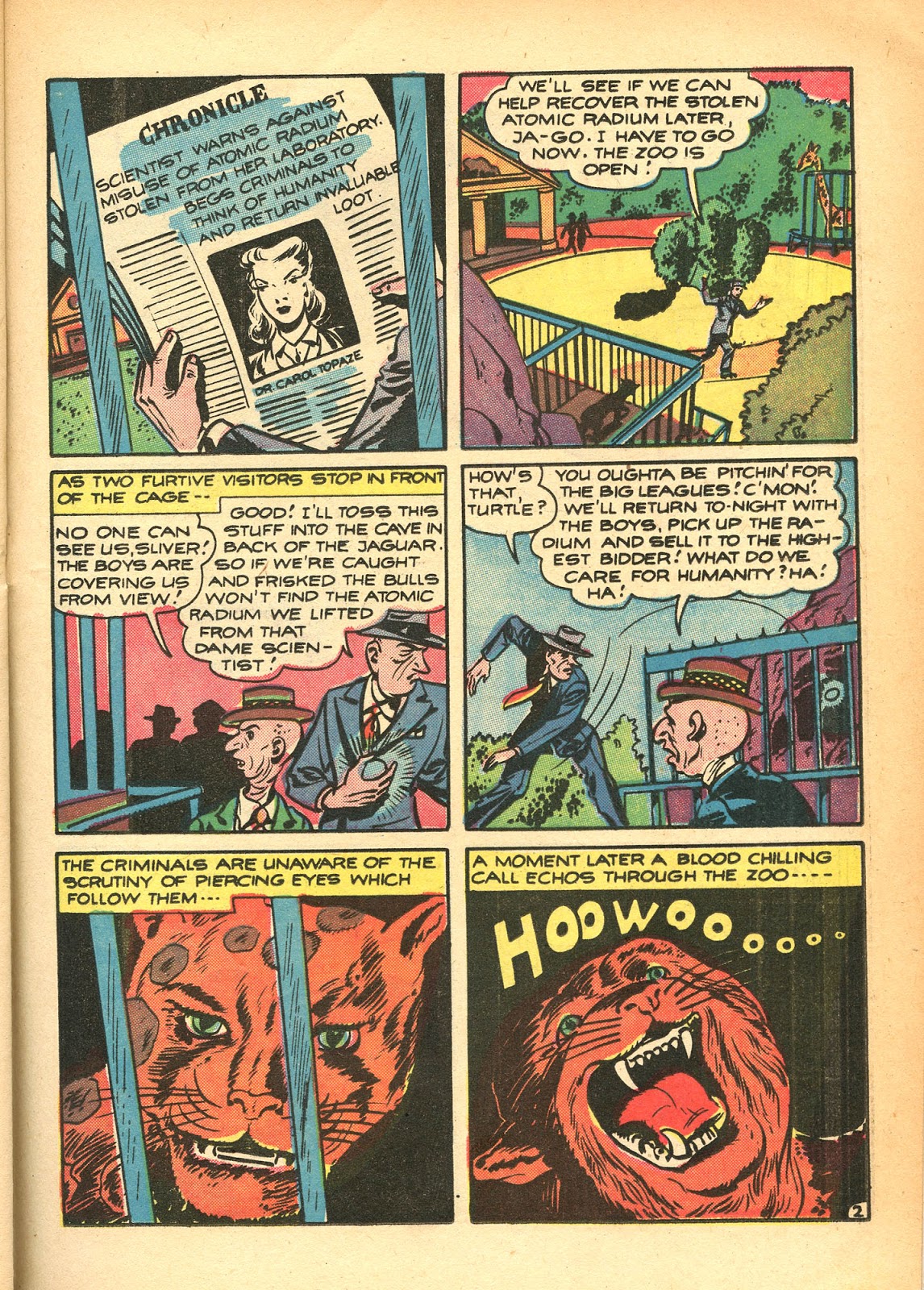 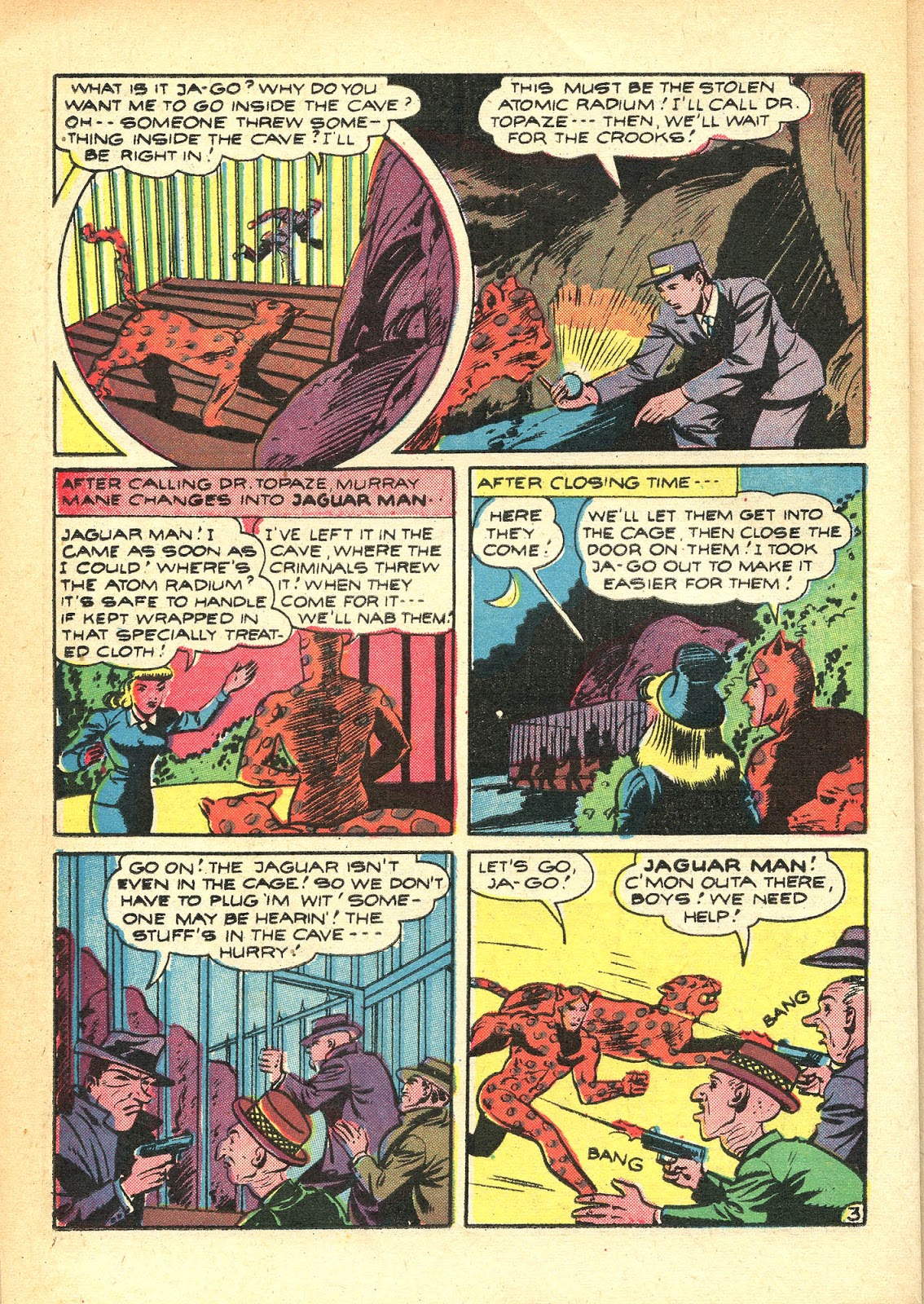 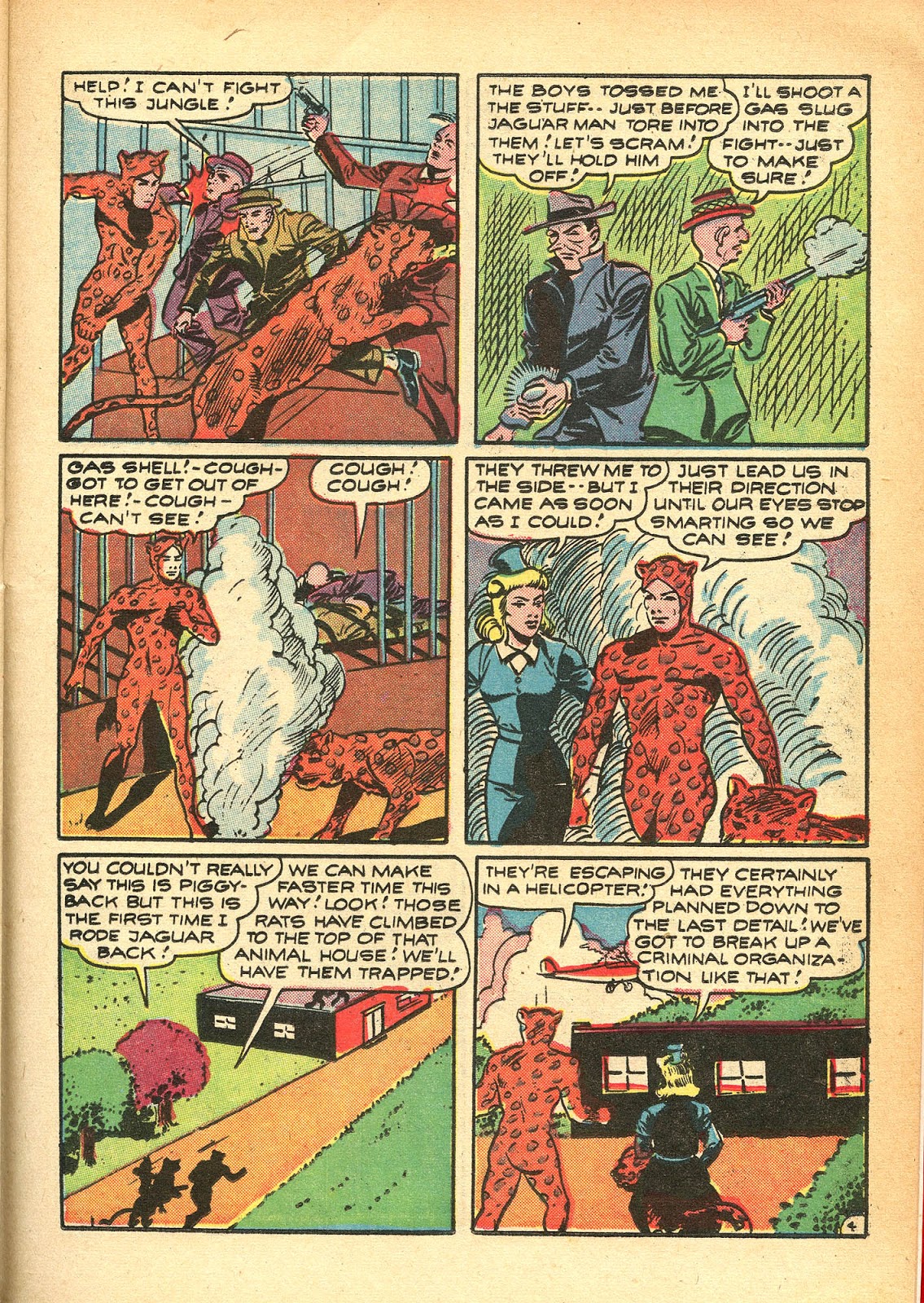 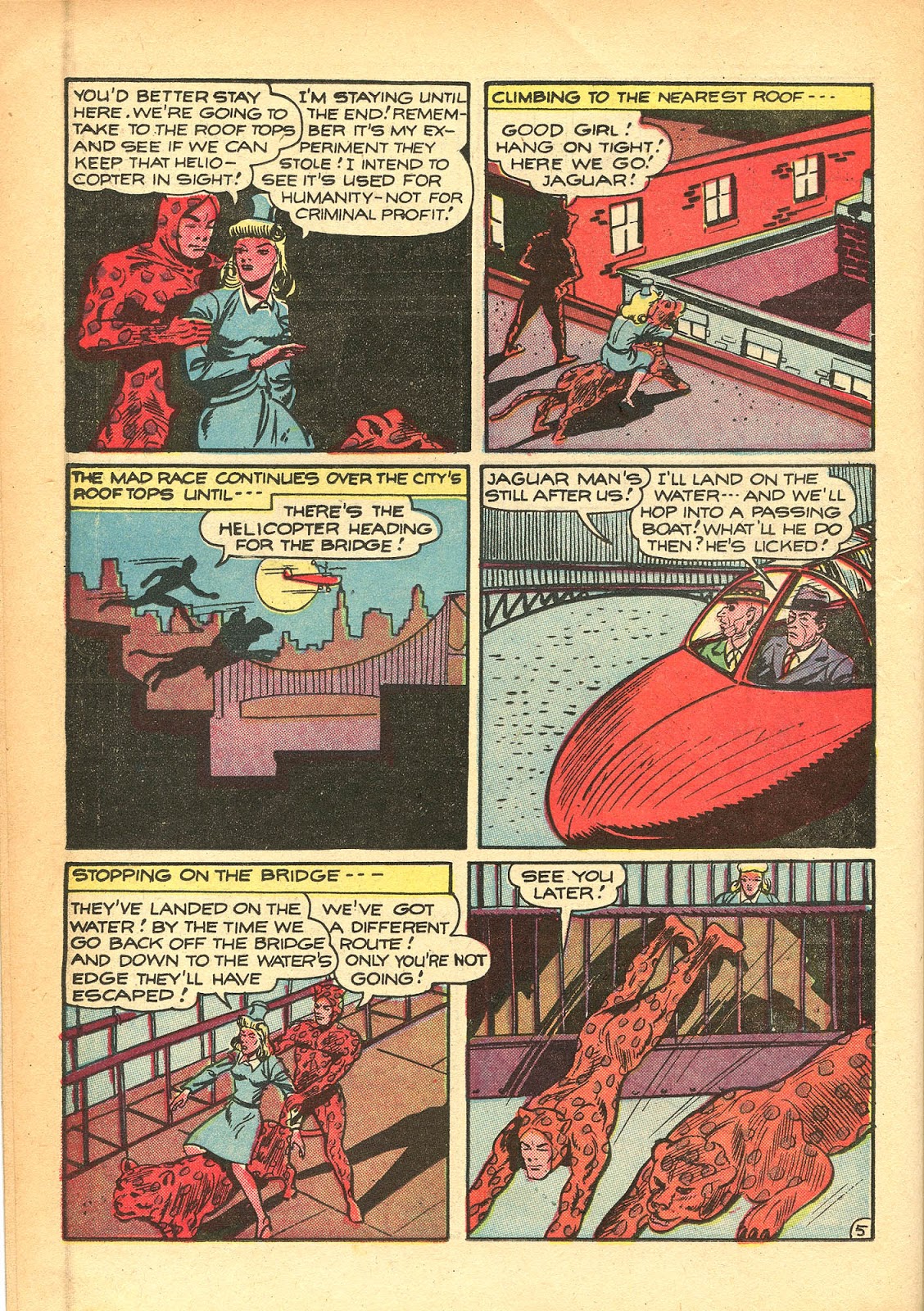 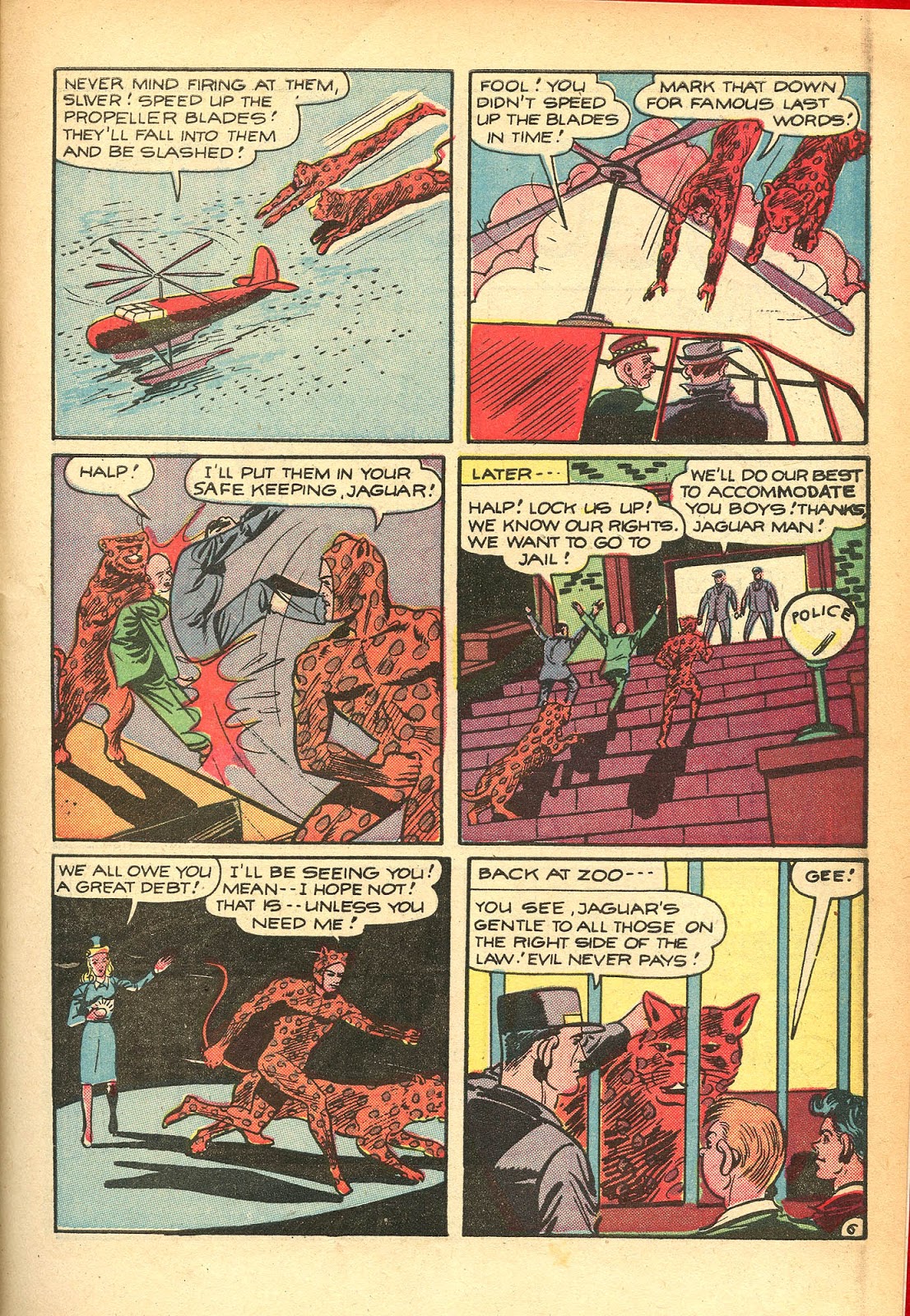 Like you, I thought Jaguar/Jaguar Man only appeared once.
But he made another appearance in Fox's All-Great Comics as shown here...
http://heroheroinehistory.blogspot.com/2011/05/reading-room-jaguar-man-tale-of-tatooed.html
So that's two.
Note that Jaguar's secret identity in the other tale is named "Steve Lane", though still a zookeeper, and his partner is a black jaguar named Ebony.
Wonder if there's any more (and which one came first)?

I am no expert but I think early Mooney was not as cartoon-like as the offering we see here, Note the villains. I have not seen that much early Mooney but what I have seen is mostly for ACE and heroes like Lash Lightning. Still, I think his style was less cartoonish.