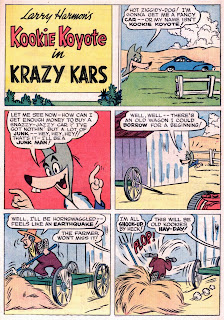 Larry Harmon's Kookie Koyote here appeared as a backup in Dell's early sixties LAUREL AND HARDY title. Most likely, the character was one that Harmon (who was also Bozo the Clown) had created or planned for animation but, as near as I can tell, only appeared here with anonymous--not great but not bad-- art. 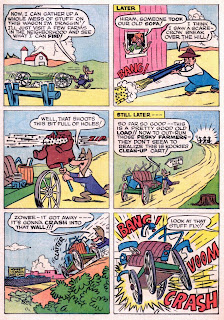 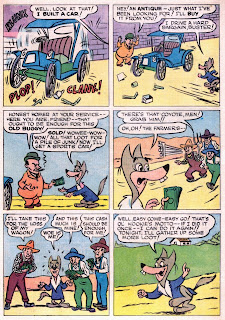 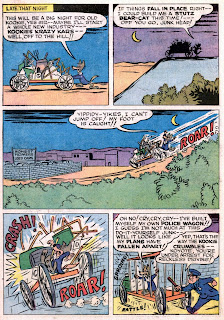 Posted by Booksteve at 6:11 AM